Today we’ll crawl the SP HL front-end curve out through Sep 2019. Our fundy takeaway was a bit bearish because of the lingering west coast heat, but soon that heat will be bullish, not bearish. Given the recent trends, we should start seeing cooling degree days in Feb. Overlaying that interesting weather outlook is the dark cloud of Socal Gas. Will the LDC finally send its crews out into the harsh desert and fix a broken pipe, one that blew up two and half years ago? Or will they stay in the smoke shack sipping coffee and munching donuts for another decade or so? That is the question de jour; we think they start fixing things. 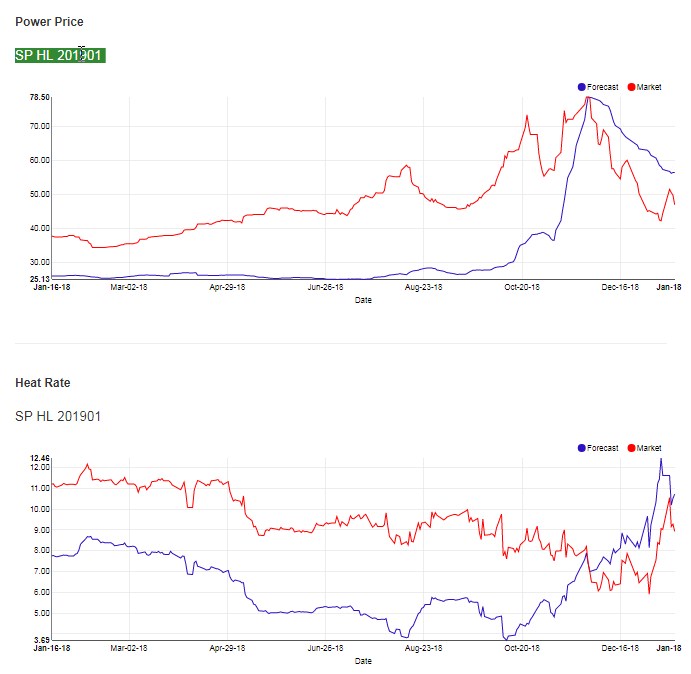 BOM’s really BOW, as in Bow Wow; it’s been a dog, still is a dog, and that weather forecast isn’t warm enough to trigger much cooling load. Doubt we see it tank either but have no compelling desire to be long or short. 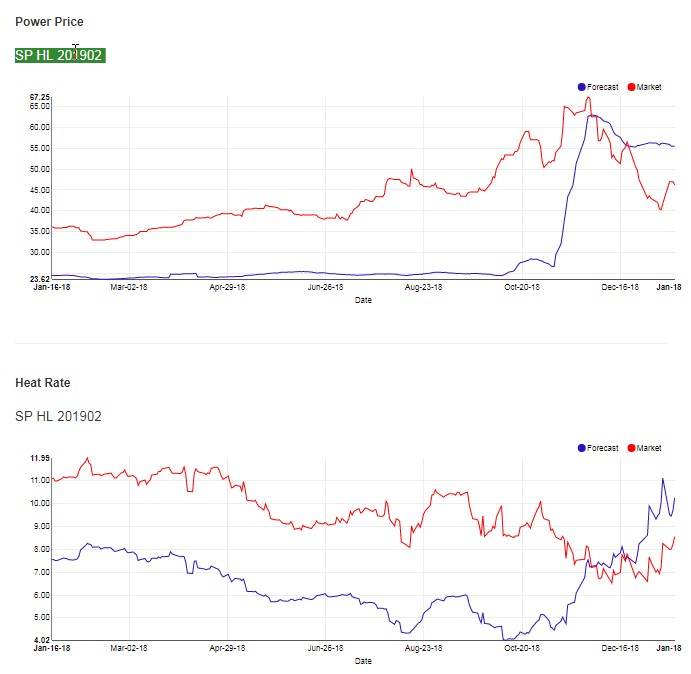 Prompt staged a nice rally, both PP and HR, yet remains on the cheapish side of things. Given our tight water outlook up north, at MidC, and a slight chance of some CDDs, we’d buy this. 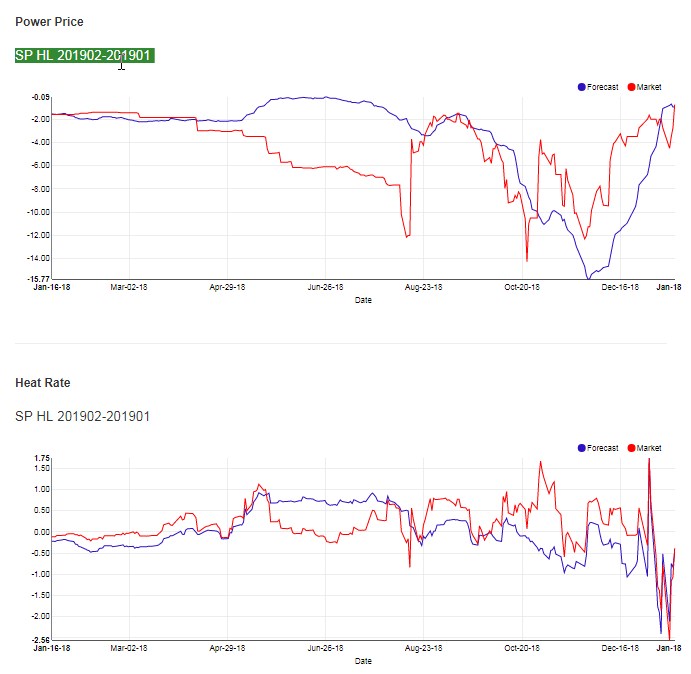 The roll has rallied hard, PP-wise, while the HR is cheap. We already said we’d buy Feb and pass on Jan and would pass on the roll, too. 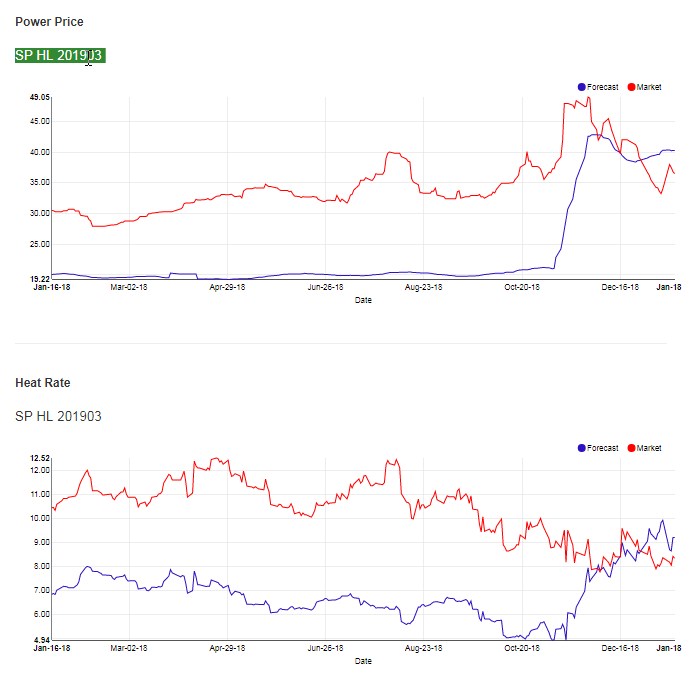 March is cheap both HR and PP; each is beneath the forecast. I like cheap, who doesn’t ……..BUY 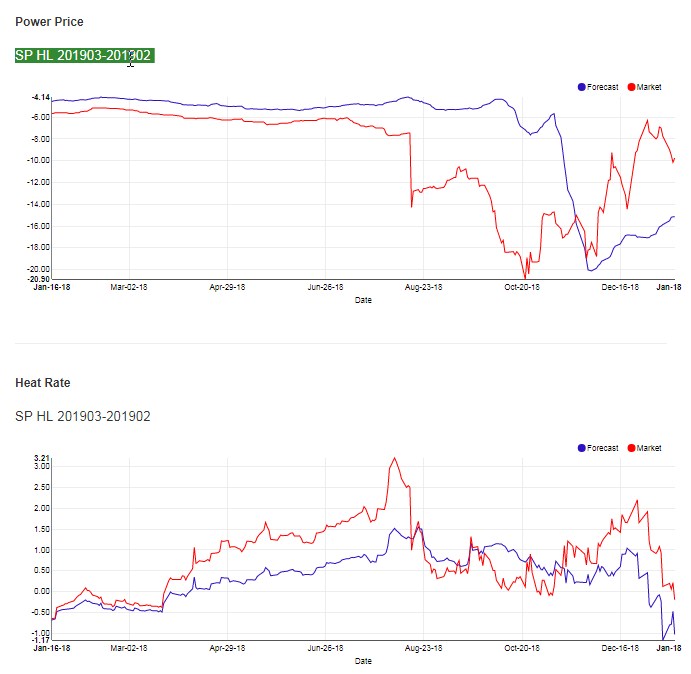 HR is cheap; the price isn’t so much. I’d be long both and forget about the roll. 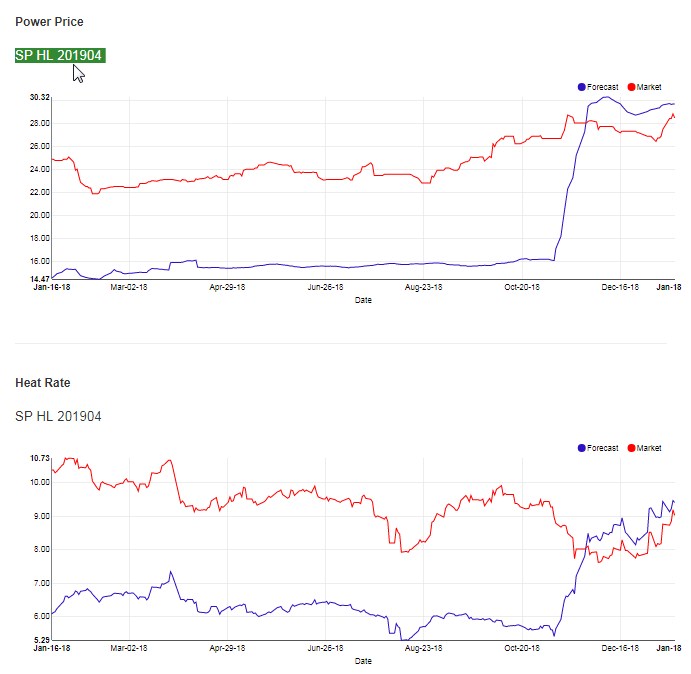 April, unlike Feb and March, never sold off; if anything it rallied, which is odd because that is when the first piece of the Socal imports, 600 MMCF, should be restored. Let’s look at the roll. 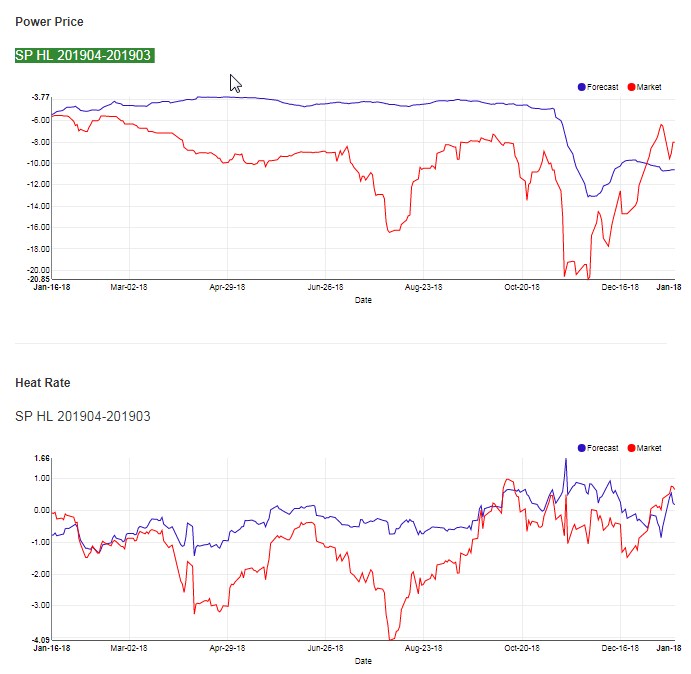 The roll is near a contract high for PP and close with HR. Of course, weather is warmer in April than March, but our play would be gas and odds of “hot” in April are low. Plus, we potentially could see some bitter cold in March, both in the Northwest and Cal; but at neither in April. I’d short this roll. 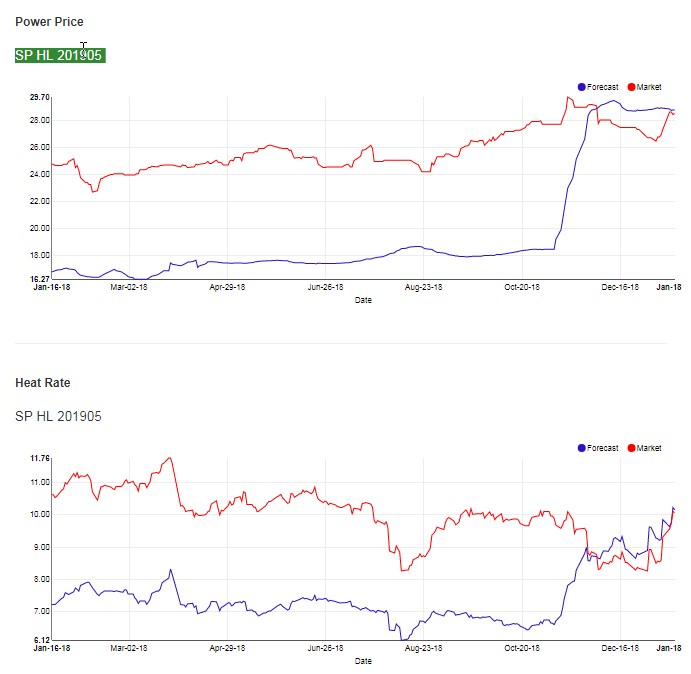 May isn’t cheap, either. Those hefty Socal Citygate premiums linger in this bullet. To the roll for clarity ……. 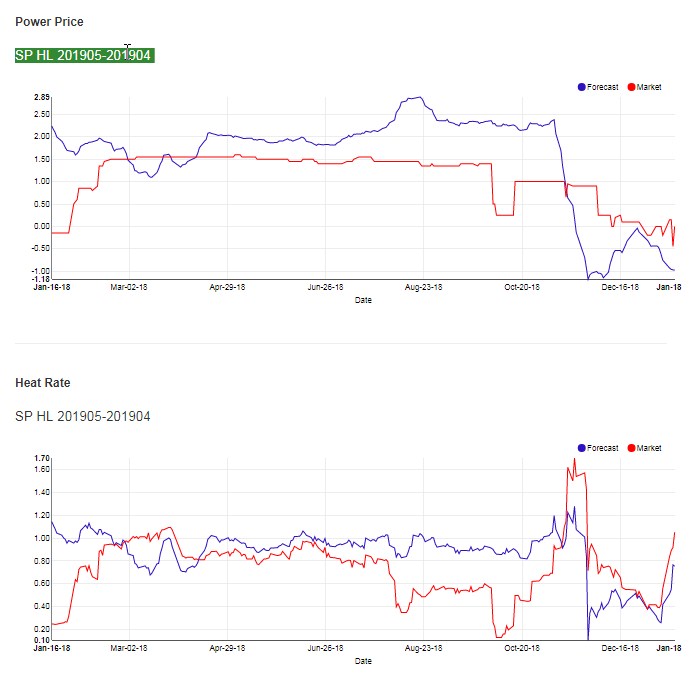 The roll is cheap, though the HR just went nuts and rallied. I guess the thinking here is that 600 MMCF of import capacity is restored in May but not in April. But it wouldn’t take that many CDDs to absorb the new gas, and what if the capacity doesn’t come back? This roll seems anomalous; we’d buy it. 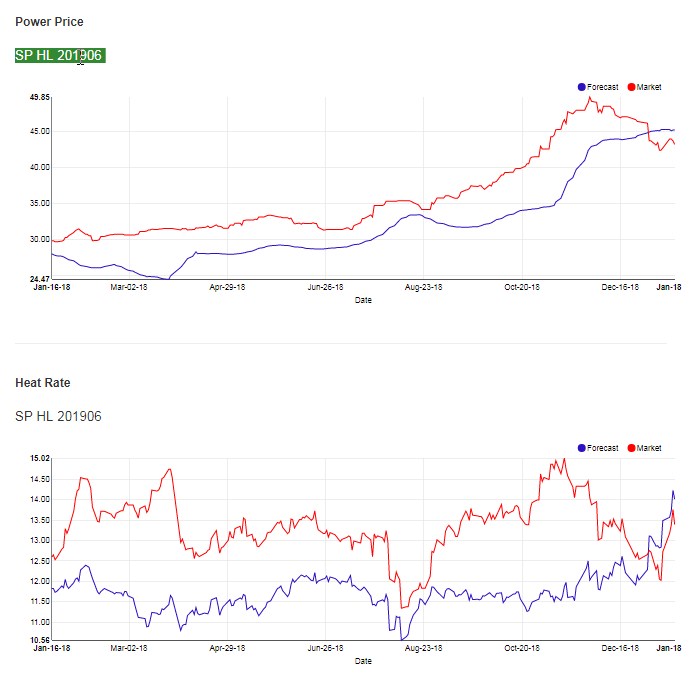 This isn’t cheap, the heat rate was cheap a few weeks ago, it isn’t any longer, yet both PP and HR are beneath the forecast. To the roll……. 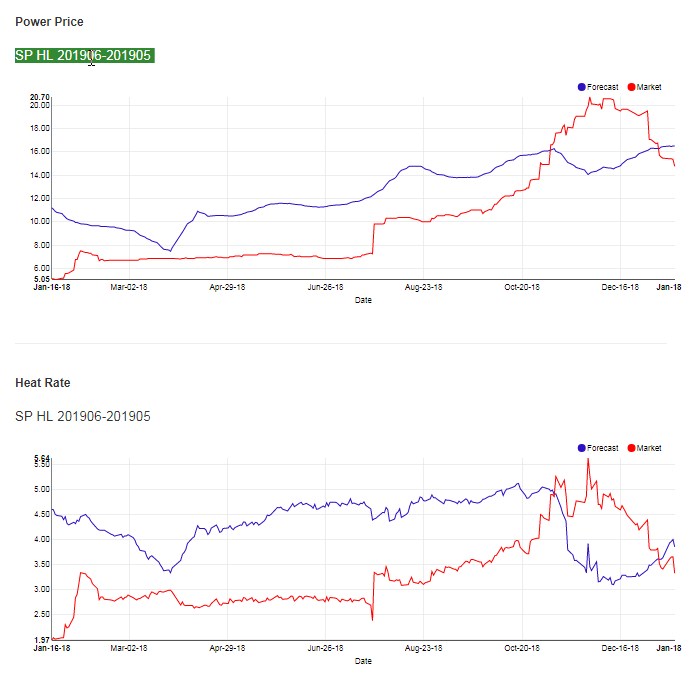 Both HR and PP sold off, but each remains rich. The odds of a restoration of import capacity are higher in June than May, but June will also be hotter and less likely to carry any melt-driven hydro.  I’d be more inclined to fade the recent sell-off and buy the roll. 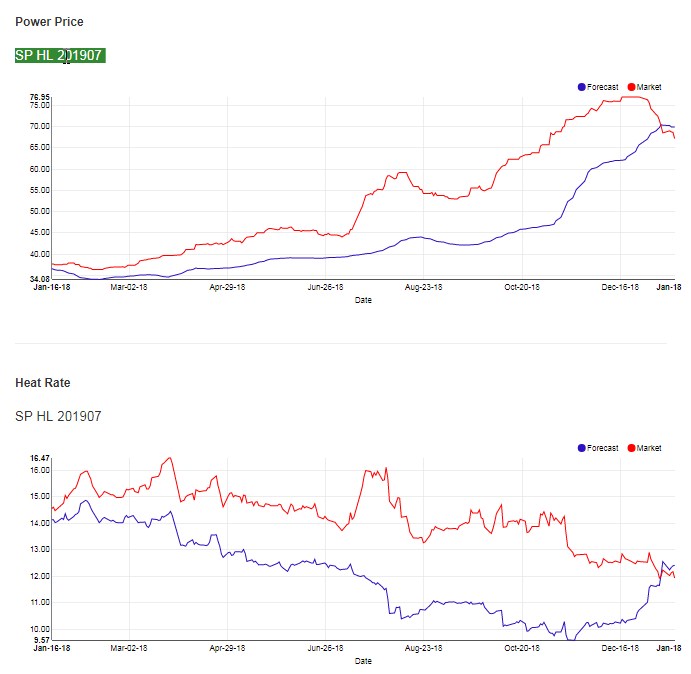 This is the lottery ticket, the widow or hero maker. The hope of the longs is $40 Socal Citygate prices and the LMPs clear in the $300s for several days. Now is a great time to jump in if you honestly believe that could happen, prices haven’t been this low since October. Heat rates have NEVER been this cheap. That said, I’d be paranoid of the gas side of the equation. I guess the question to ask and answer is “Could SP blow up even if all its gas import capacity is restored? Could it be hot enough or enough outages or weak northwest hydro to drive high prices?” Of course, it could, but I wouldn’t go long just yet, the trend is down, and I see no cash event to change that, at least not in the next 14 days. PASS 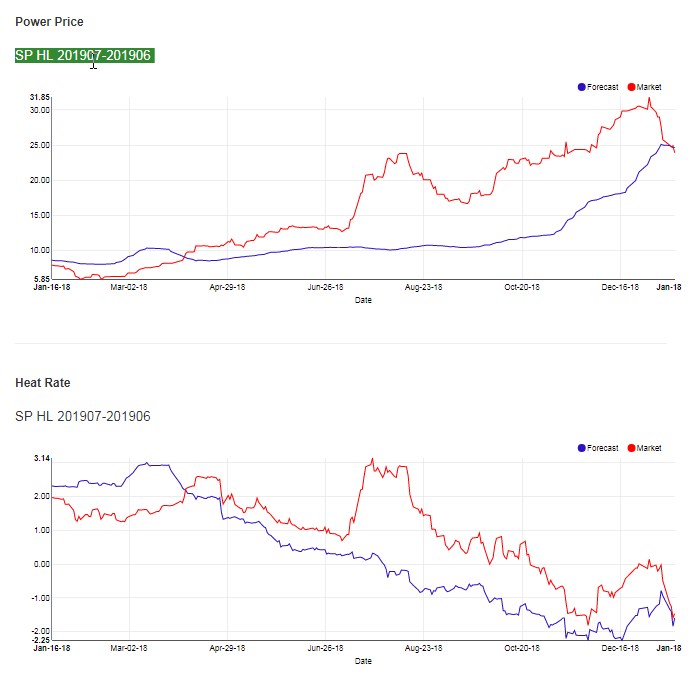 The roll is cheaper but not cheap. Pass 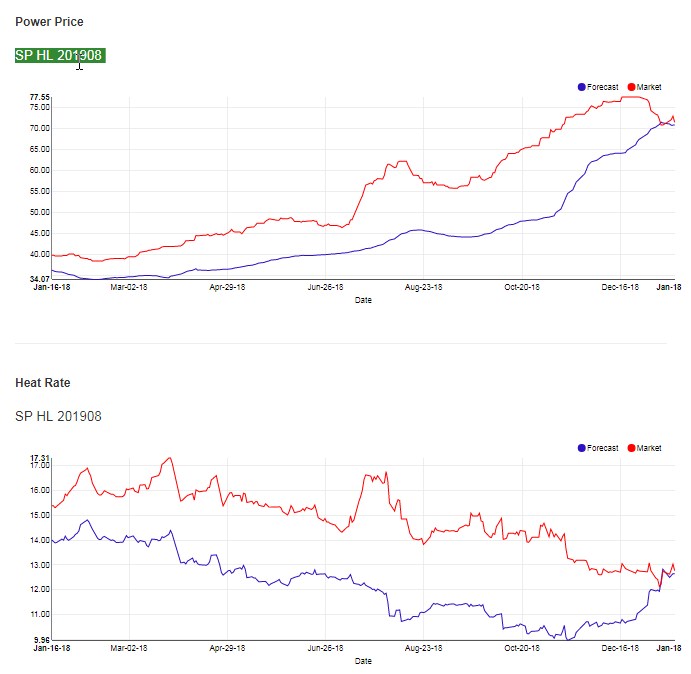 Like July, I think there is more room for summer to sell down and wouldn’t want to be wearing that potential pain … PASS 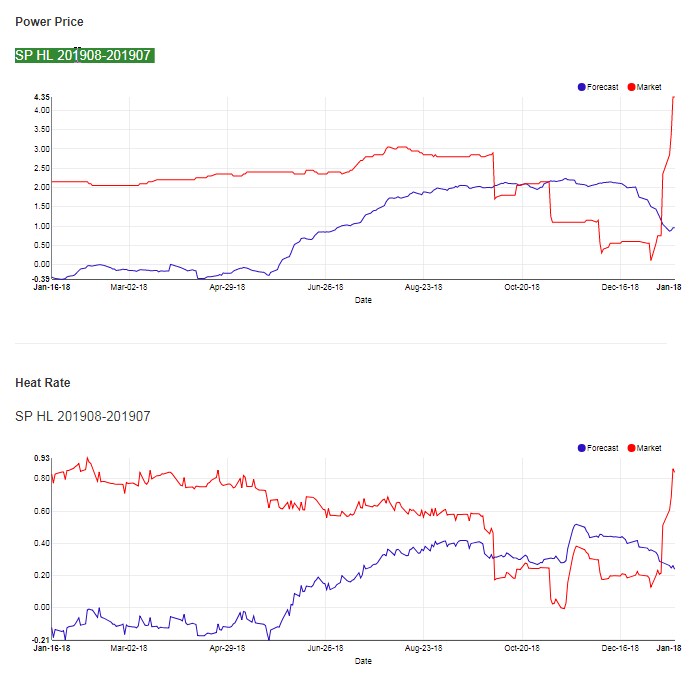 Shyte, are those marks right? The PP and HR soared, and we’d short it. 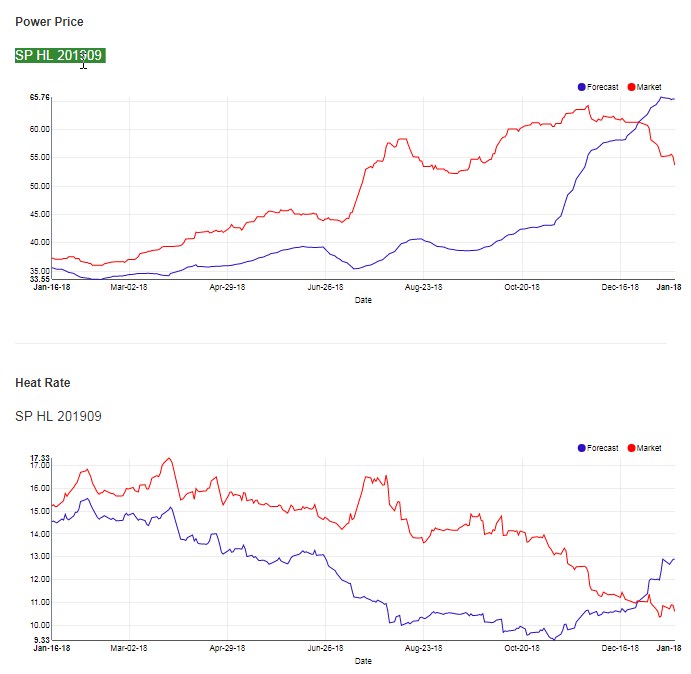 Poor Man’s Summer, Sep is, and its even more comfortable to own today than ever. We’d own those heat rates all day long; remember, if Citygate goes back to normal so do heat rates and owning Sept at 11k sound cheap. BUY 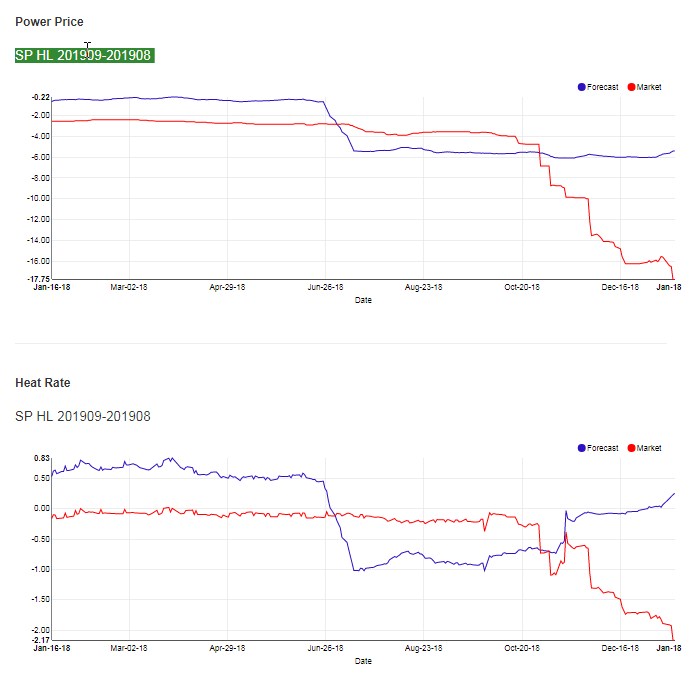