Our fundy walk left us a shade bullish;  both from colder short-term weather and a tighter water year. Today, we’ll look at some Qs that jumped out of the APT table.

These are in no particular order. 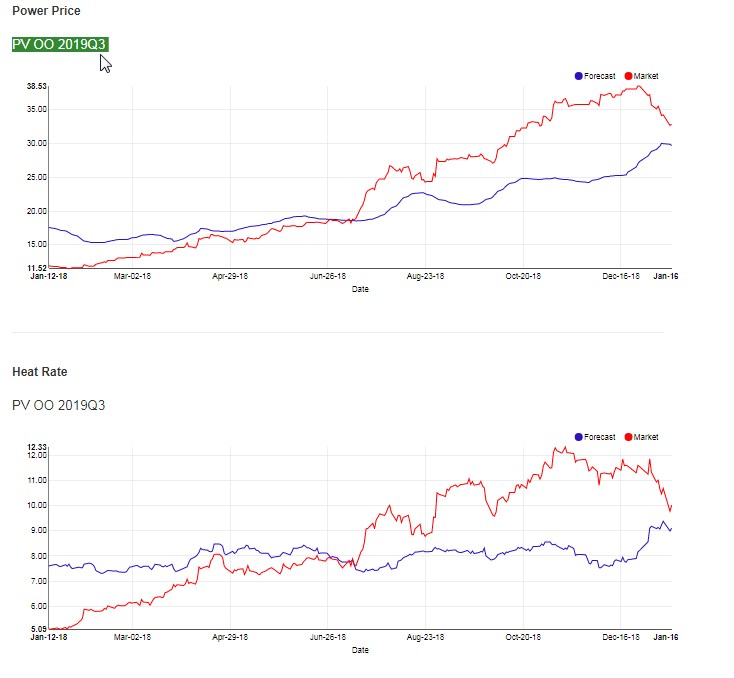 Palo’s On|Off spread for Q3 has been tanking, more off of the HL falling than the LL rallying. Both PP and HR are now at or near the forecast values suggesting a possible buy. Our summer fear from length is a full return of Socal’s import capacity; should that happen, this spread will continue collapsing and if it doesn’t, going long here is like owning a summer call. 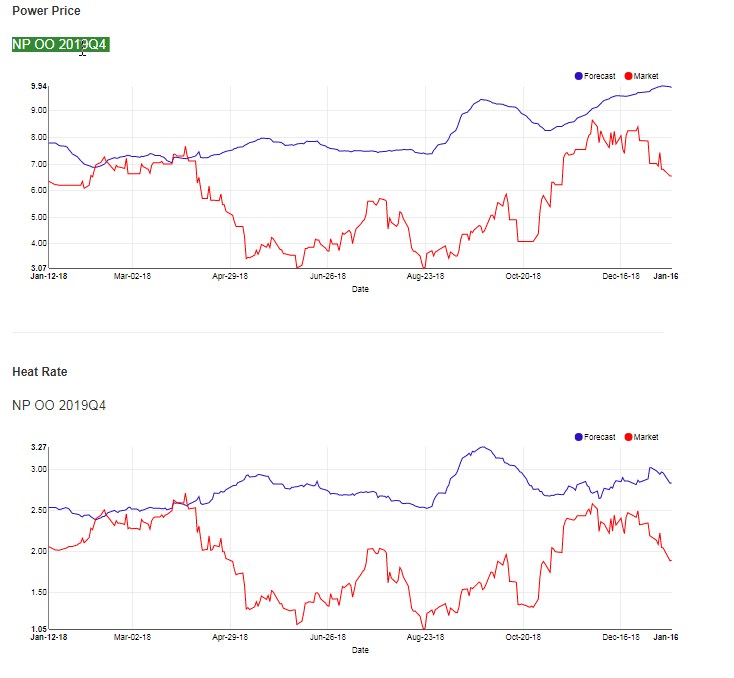 This is another On|Off; this one is at NP15 for Q4. Like the Palo, it has come off over the last couple of weeks. Sell it if you are bearish, we’re bullish and would buy. 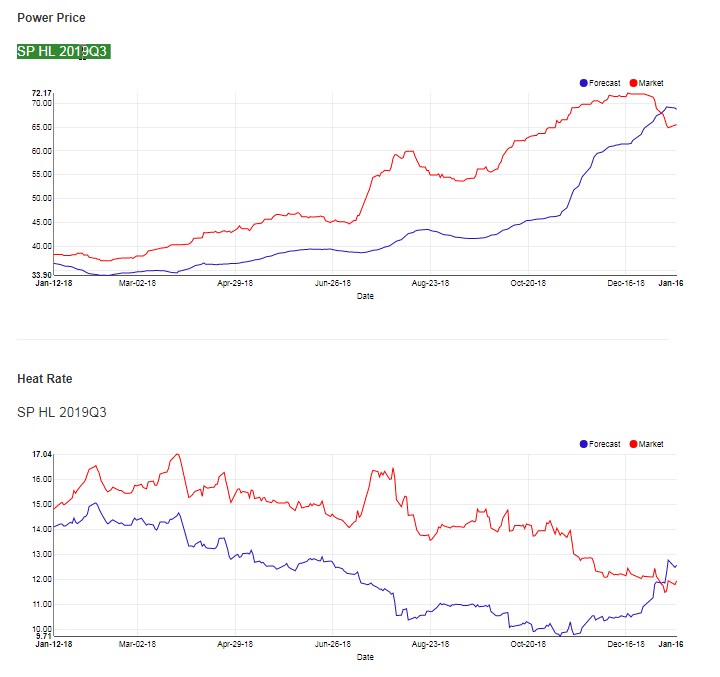 Even the mighty SP15 Q3 has sold down, possibly off of the market expecting some increase in Socal’s import capacity.  Still, it is looking like a dry year and probably another hot one, after all, most of the recent years have been warmer than usual. Time to buy this? I’d be tempted. 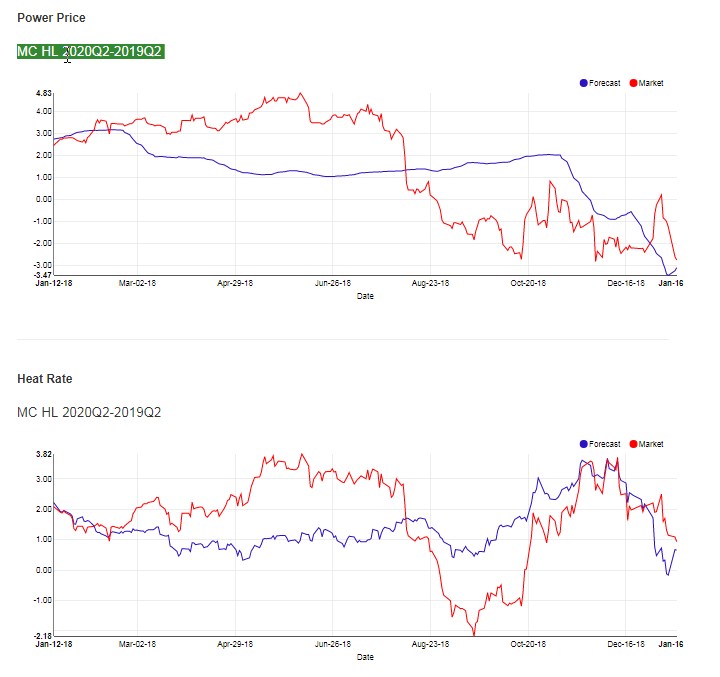 The above plots are the year-on-year Q2 MidC roll; it’s trading negative (backward dated) because the market expects the nearer in Q to trade at a premium. That is a correct assumption given what we know about this water year (it’s dry) and what we don’t know about 2020. PASS. 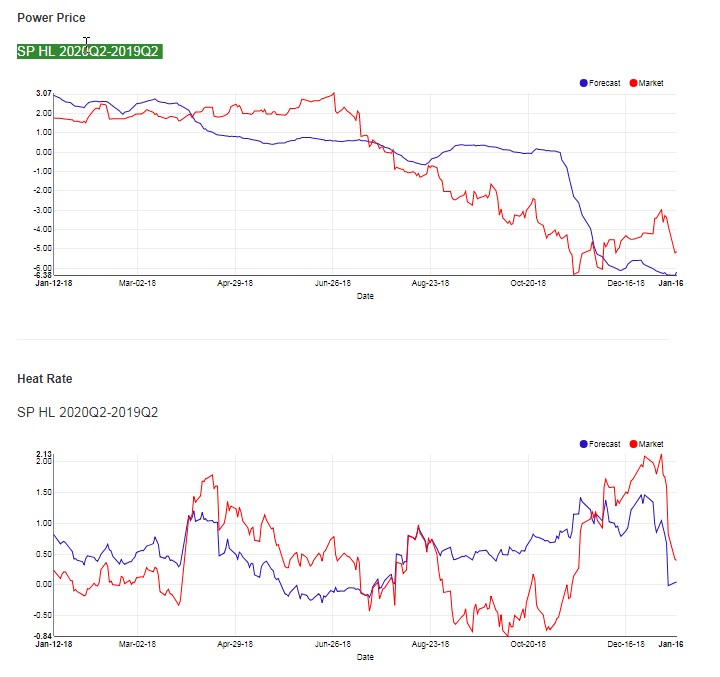 The above is the same derivative but at SP15. That plunging heat rate caught our eye; this has fallen nearly 2000 BTUs in a week. It seems the market expects the Socal issues to be mostly resolved by next year and it also seems this consensus was just recently reached. We checked Socal’s maintenance schedule and didn’t take note of any news, but someone out there seems to know something. 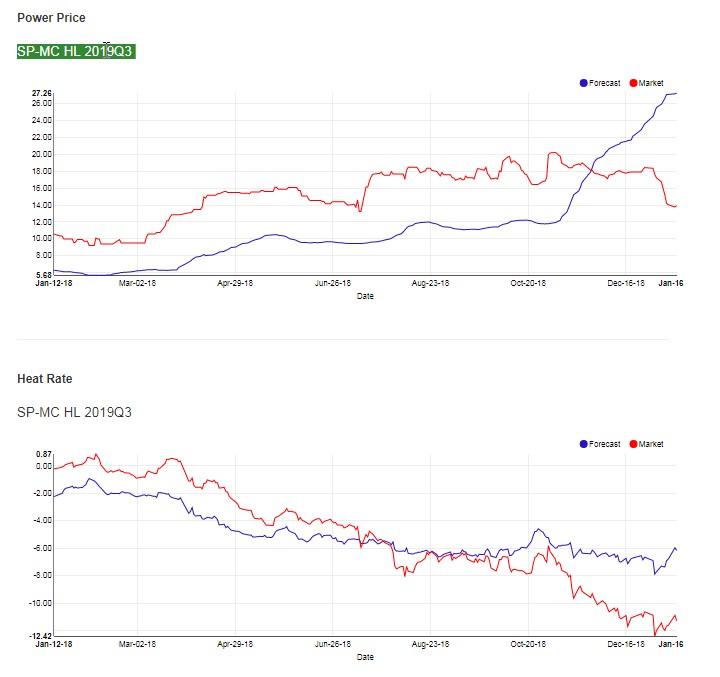 Here’s the locational spread between SP and MidC for Q3 and the market has sold this down, too. It is hard to disagree with that direction given the ever-drying out in the Northwest and the chance that SP’s gas import capacity gets bumped a B. 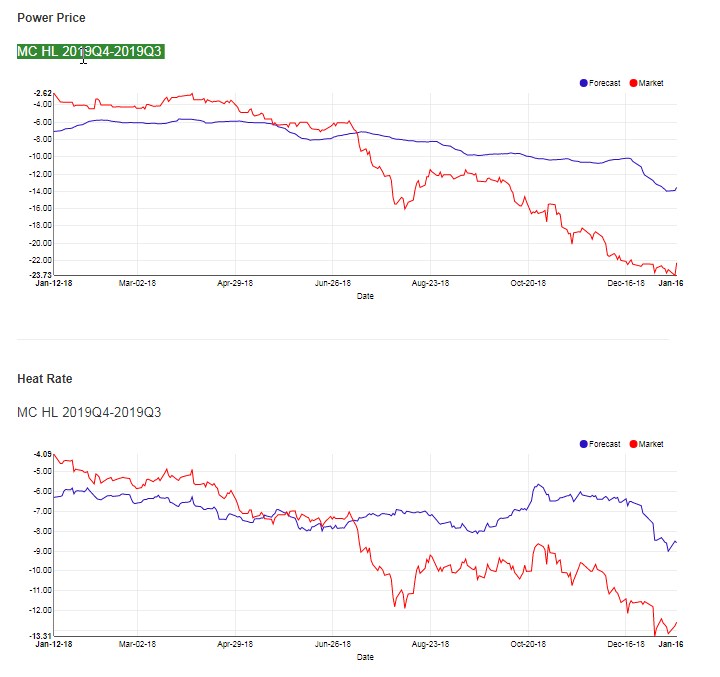 This one is cheap, both HR and PP. The fear is a blow-out summer that doesn’t impact Q4, which it won’t, it rarely ever does. If you were bearish summer, this would be a buy, but we’re more bullish than bearish. 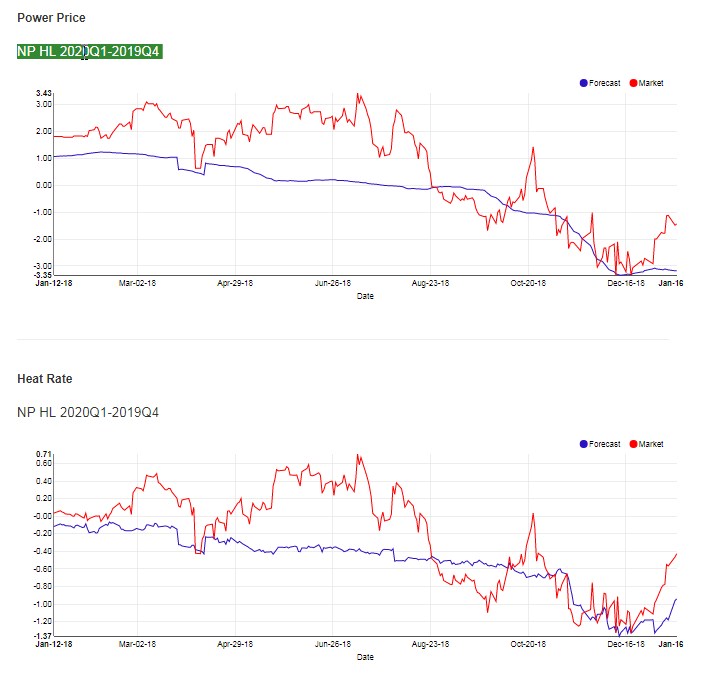 Lots of bearish charts but here’s one with a big rally, both HR and PP – the Q1|Q4 roll at NP. I’m not sure what the thinking here is, aside from buying contract lows. I’d be inclined to fade the rally and sell it. 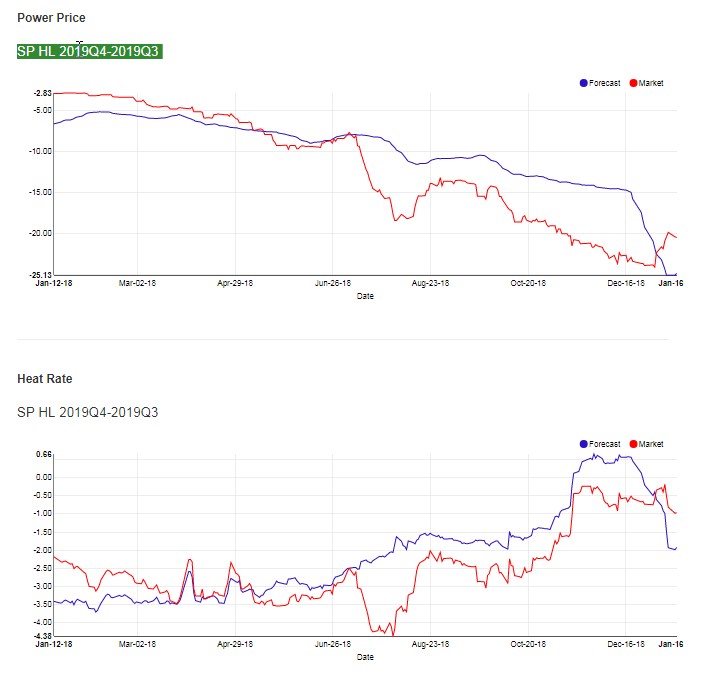 The SP Q4|Q3 roll has also staged its own mini-rally; all of this is connected, the market is growing pessimistic on big summer prices, probably from diminishing gas concerns. 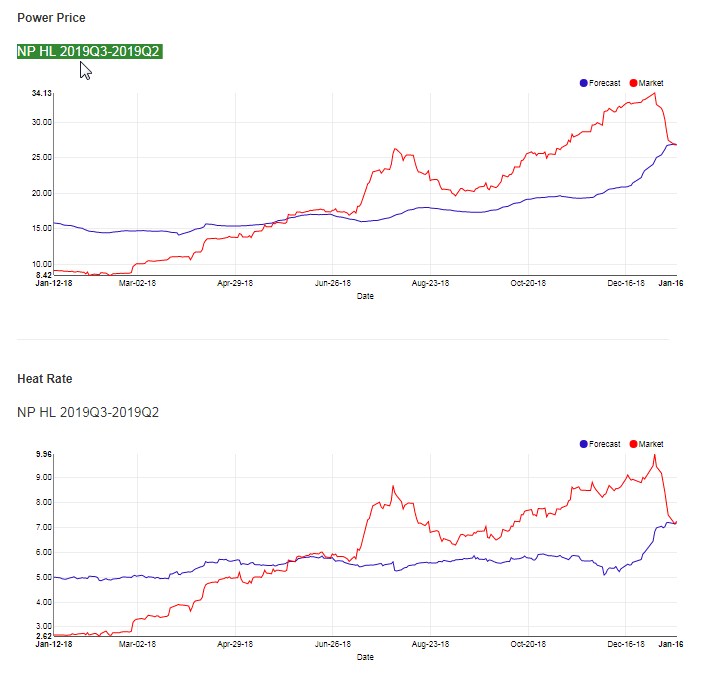 The Q3|Q2 NP roll has tanked, too. All of these big moves began a few weeks earlier, at the start of the New Year. I like buying this since you get long summer at spring’s expense. I also like being short the Q2 as California will have a runoff this year, all of that will come down in Q2.