January saw its gains from last week more than erased as the forecast did an about face while erasing 1,165 aMW from this week’s projections.  The cuts didn’t stop there.  February dropped 741, its largest move in either directions in weeks, while March plummeted 750, leaving the month with its smallest forecast in several updates.  April was the outlier with a 1,046 aMW addition and now sits nearly 4,000 aMW higher than it did four weeks ago.

January sees its largest week-on-week difference on the 20th where 2,700 aMW separates this week from last.  That changes to a positive differential for the 23rd and the 24th, but again falls behind through the end of February.  March begins the month in a neutral position then sees the difference extend to 1,200 aMW through mid-April, after which point this week’s forecast was increased by as much as 3,400 by April 30th. 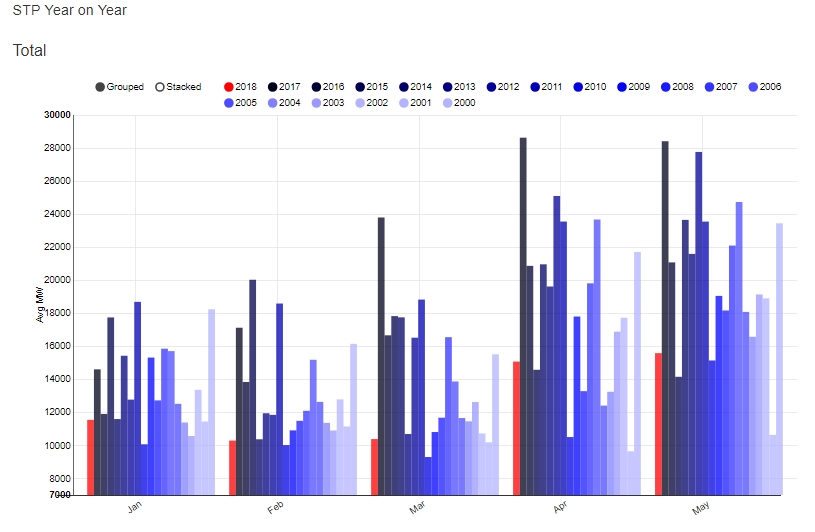 February and March continue to play the role of outliers as each place in the bottom stack compared to the rest of the century.  January shows the smallest difference between the highest year and 2019, albeit that still comes in with a delta of 7,200 aMW (when compared to 2011).