The new year will start off with a dramatic STP forecast, at least for two of the four months forecasted.  January saw a dramatic 618 aMW increase following last week’s 150 aMW drop, and enough to place the forecast well above any in the previous four weeks.  February saw another decline, although it came in the form of just 36 aMW, while March bounced back with a 241 aMW increase.  The news of the week came from April, however, as a massive 2,352 aMW was added to the forecast, boosting the month higher than any other week thus far.

January’s forecast peaks on the 5th at 12,617 aMW, a 1,300 aMW increase week-on-week, but slowly declines on a straight line through the end of February.  March sees the forecast rebound on another straight line that runs through mid-April before dropping nearly 2,000 aMW over two days, though remaining well above last week’s forecast throughout the month.  At 15,512 aMW on April 16th, this week’s forecast showed a 3,000 aMW week-on-week increase. 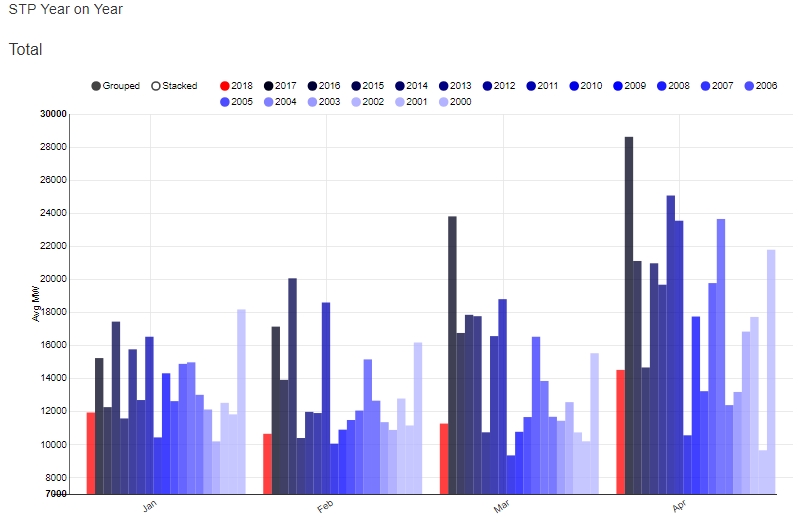 While April still paces well behind most years, it’s no longer an outlier in the other direction as it sits comfortably in the middle of most forecasts.  April most closely resembles the 2015 forecast as of this week.