Given the restoration of Sumas, mostly, and a big water rally, let’s see how the MidC near-term markets have fared.

We filtered APT on MidC and the prompt months and rolls; we’ll comment in the order above. 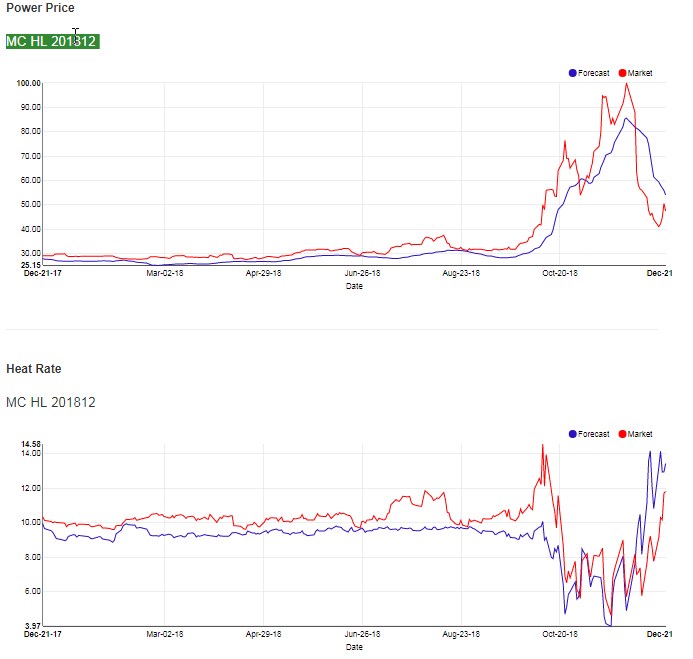 This isn’t BOM, its BOW, and barely that, after all, it’s the 26th, but still worthy of a look. The market seems reasonably priced for both HR and PP, but it will grow colder and loads will rally: 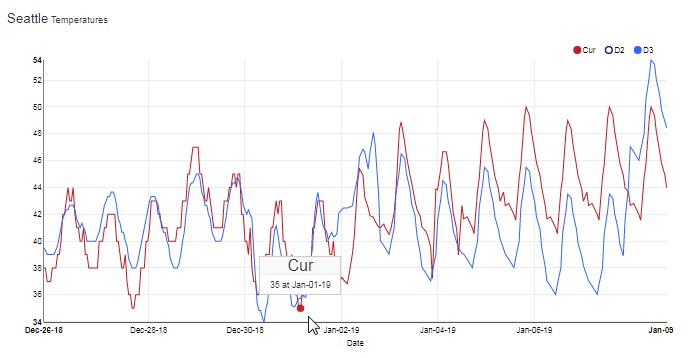 Not as cold as the early Dec event, then Seattle posted high 20s, now the Emerald City won’t bust 35 degrees. Still, its colder and we’d buy this. 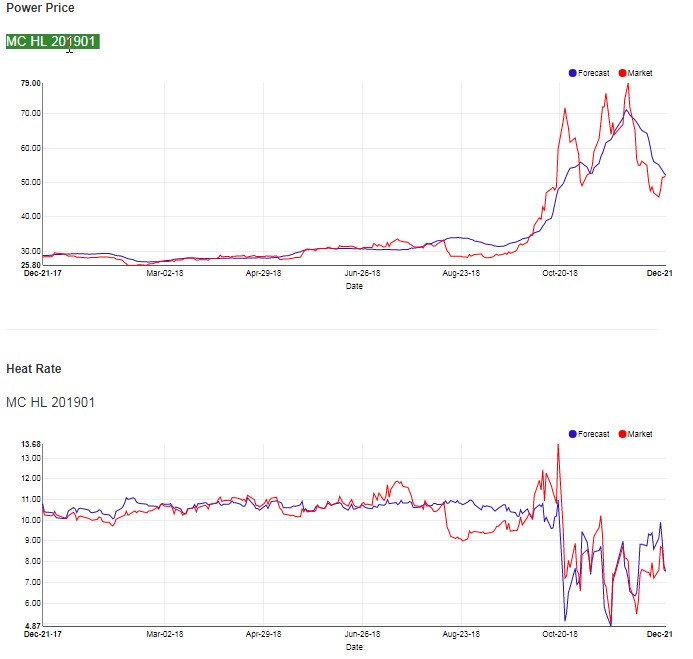 More reasonable prices in Jan, soon to be BOM. The heat rate is still cheap given a low water year and constraints at Sumas; the PP isn’t though which suggests Sumas is still commanding a significant Jan premium.  Note the soaring temperatures in Seattle following New Year’s day; its hard to like Jan too much. The biggest fear in carrying length is gas – if you trade it as heat rate  – go long. If you are trading just power, I will short it because I think Sumas has another $1.00 to fall. 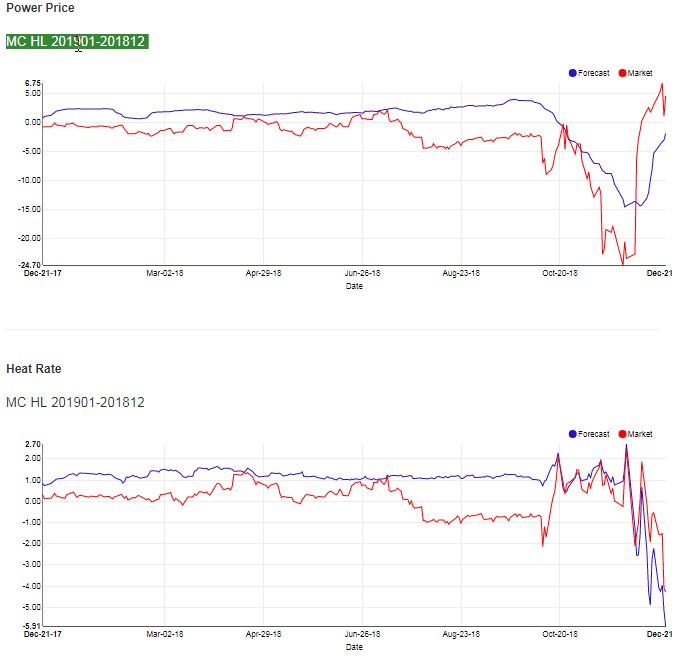 The roll is back to reality, if anything it is rich, PP-wise, and cheap HR-wise. No real thought here, the trade was buying the roll at $-24 and selling it at $6.00 for a handy $300k gain per piece. Assuming you did the standard ten piece package, a cool $3 mill bouncing around in your book. 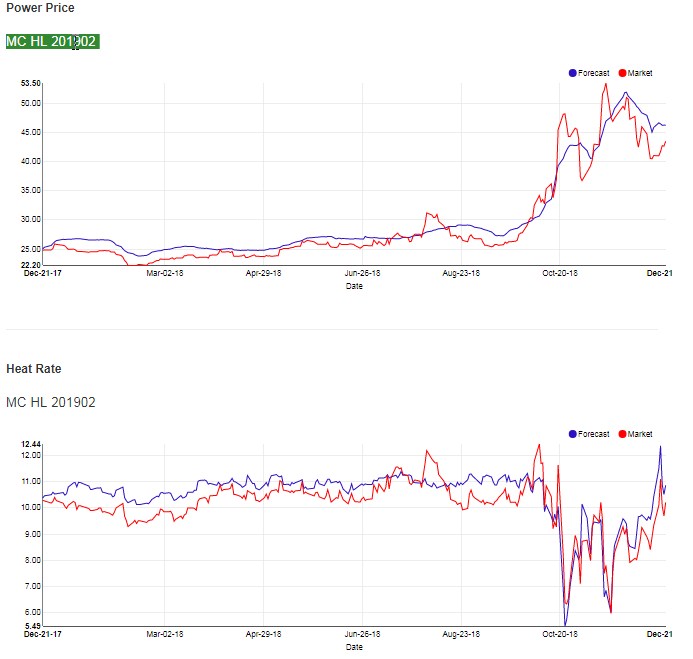 Feb’s still pricey and not just because of gas; the heat rate is in the one-year range. I get this if you believe the NWRFC’s forecasts, but I don’t. I think there will be another gig or two of hydro added over the next five weeks and Feb will be a trainwreck. SELL 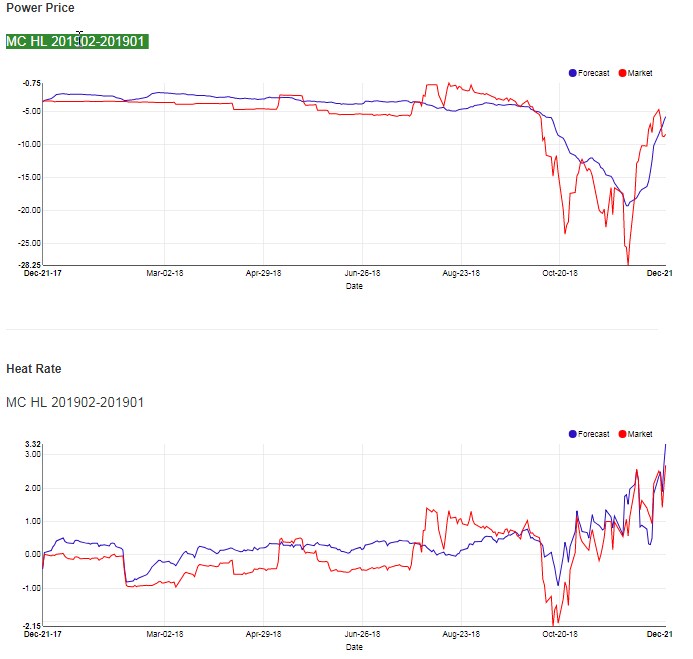 The roll’s day in the sun has turned from dusk to night; now the only thing interesting is shorting the heat rate roll as it is at a contract high. 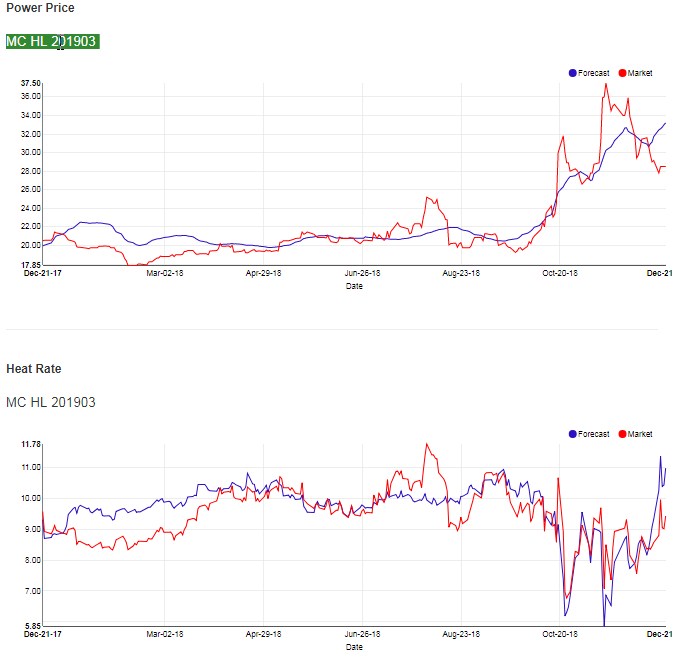 March, the Poor Man’s Winter. March has been a widowmaker in the past; a few years back (2017) saw record flows – over 500 kcfs at Portland OR. So it can be wet or dry, it can also get very cold or not. More than likely, Coulee isn’t going to see much drafting this winter, at least not until April. After all, the reservoir is already seven feet below normal. March could be a sleeper, assuming the northwest doesn’t acquire a pile of low-level snow over the next couple of month,  Still, its priced towards the high side on PP and fairly priced HR-wise; we just can’t make a case to do anything with it and we’ll… PASS 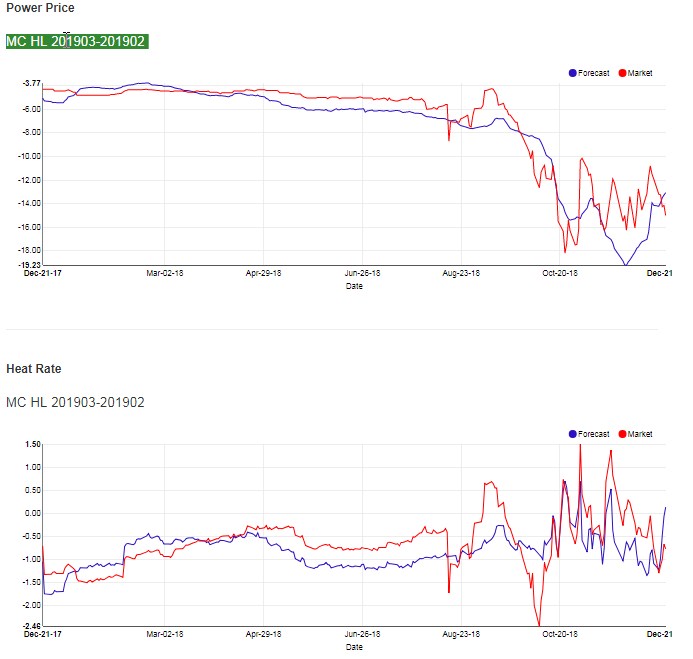 Cheap roll; Feb still packing some premiums, probably from the Sumas hangover. If that gas hub doesn’t rally off of this modest cold weather, or if Westcoast restores full capacity, this roll is poised to pop $5-10. Buy, or watch cash and study weather. If Friday’s Next Day market yawns through this cold, and the forecast grows warmer, definitely buy this roll. 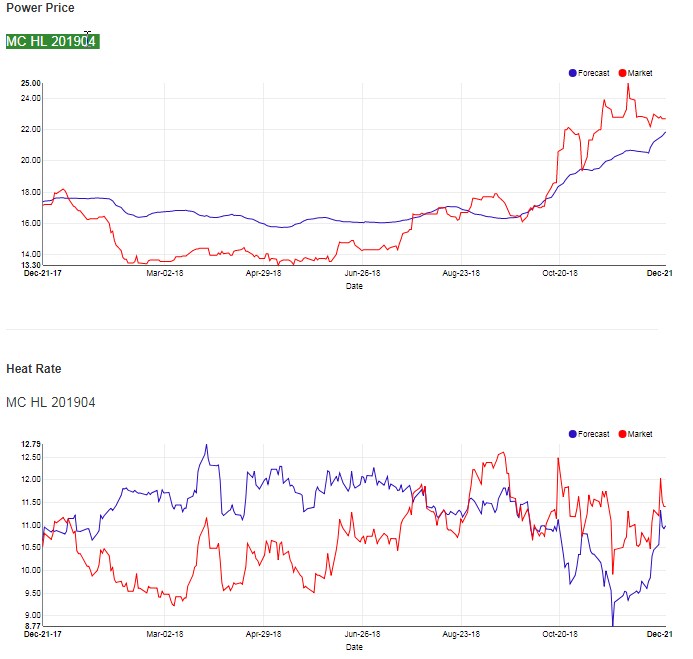 Here’s another widow-maker, April that is. This is the draft month, the period where Coulee must be pulled to its flood control target. We doubt the reservoir will get below 1240′ this year; it may not even draft to 1250′. That is bullish for April, but that doesn’t mean there won’t be a mountain of natural river water flowing into the Pacific. It all comes down to temperature, and we know nothing about that today; we only see the volume, and that is about 90% of normal. That leaves us with fading anomalies, and this is rich both HR and PP – SHORT 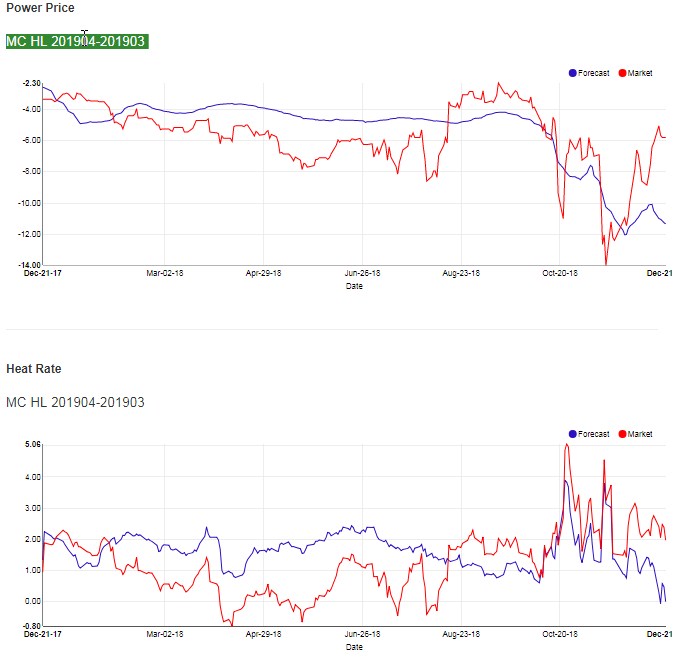 The roll is uninteresting; it’s priced about as reasonable as it will get. PASS 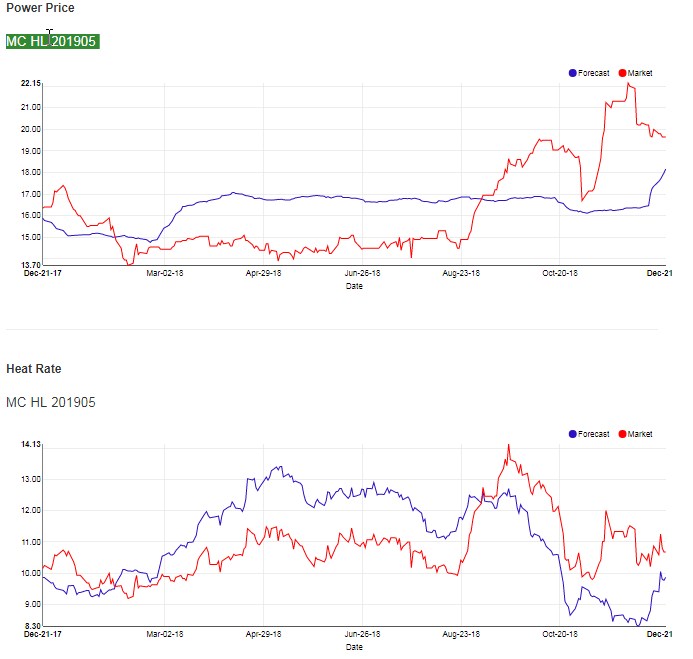 There seems to be a slight change in the weather. If you believe the world is getting warmer (it is, unless you live on another planet) than runoff should start earlier, which is what we’ve seen lately. That means May is the new June and will typically bear the brunt of snowmelt-driven natural river flows. Another factor, low draft, which means not as much room to refill, and May starts looking uglier than its price would suggest. Top off all of that with May priced high PP and fair HR and this is a strong candidate for SELLING. 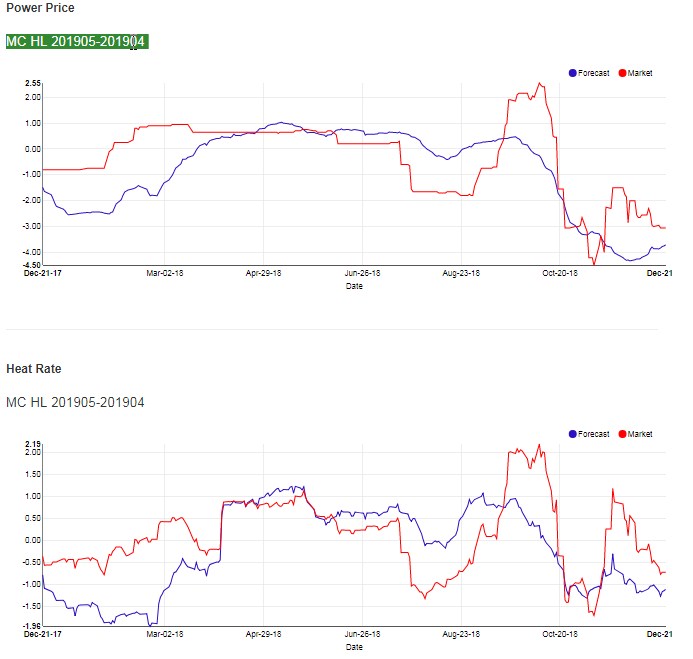 We shorted May and April so will pass on the roll, though it is more cheap than not, plot-wise. 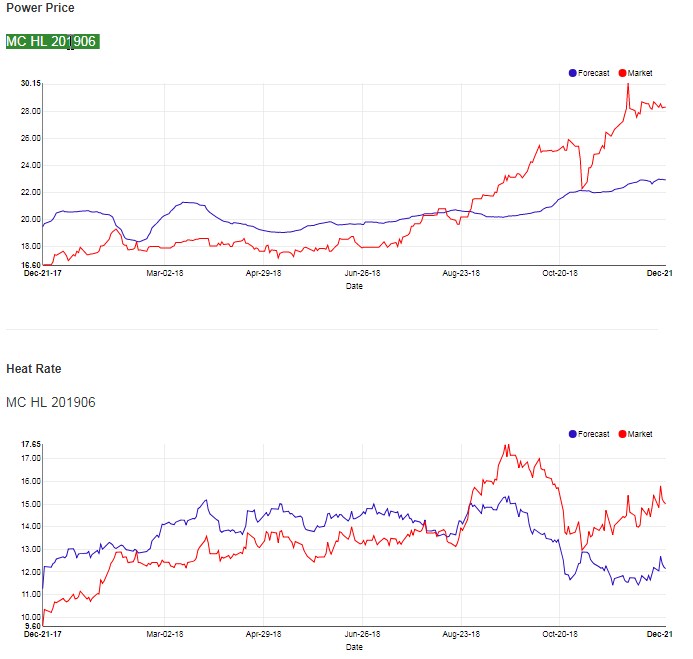 June is rich in PP and fair in HR but it’s a dry year and growing dryer, plus June is the new July, and you get all the PV and SP long call options by owning this. BUY 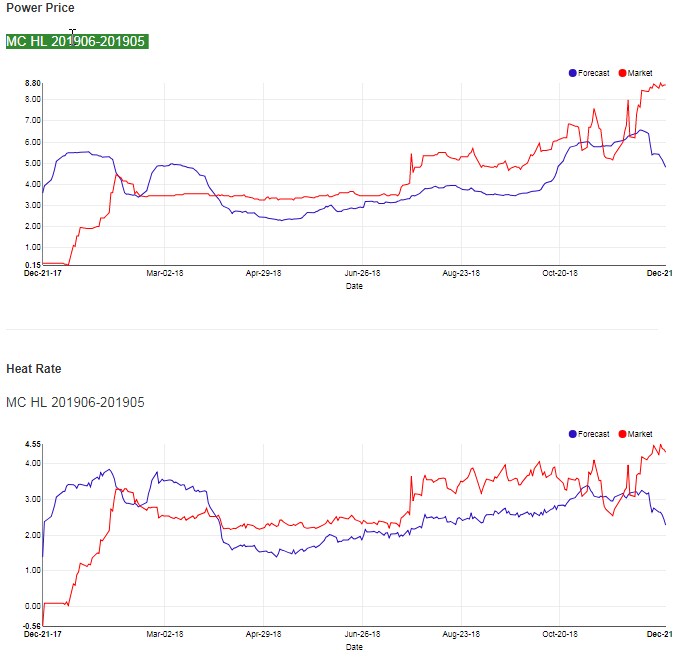 The roll’s rich, but we already bought it on legs and will buy it outright. 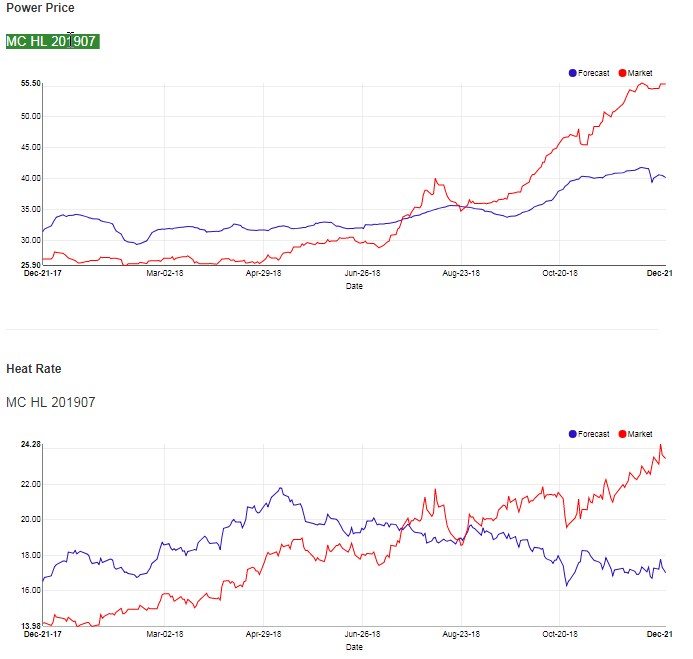 July is the new July, and it’s rich in every sense of the word, but why wouldn’t it be? Socal couldn’t fix their untied shoes, and their pipes won’t be any better this summer than last. What happens to the MidC when Citygate clears $30? This is the poor man’s way to play SP15, plus its a dry year. BUY 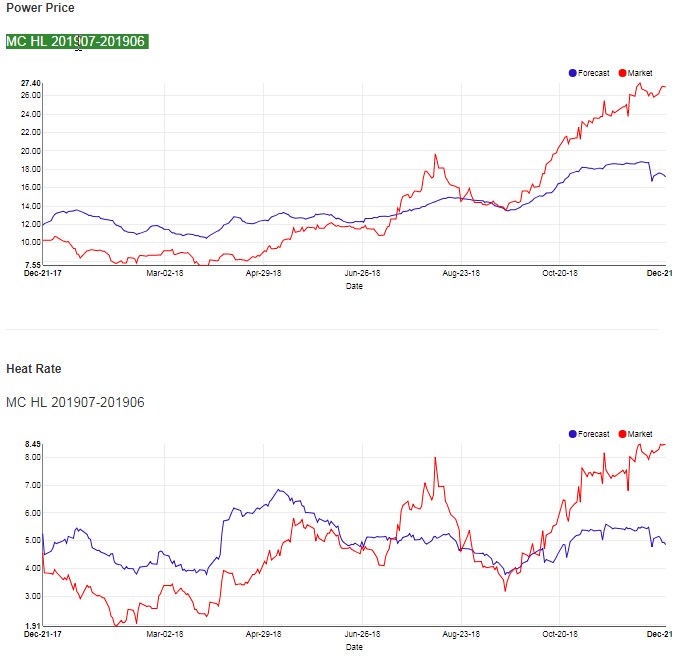 Roll this roll into a joint and smoke it. It’s rich and tasty, we’re long both June and July, why clutter up the book with a roll?