Today we’ll examine the MidC bullets from BOM to Sep and include the rolls. The rolls are illustrative of relative pricing, and we think its easier to draw conclusions on the outrights by studying them.

We will report in the following order: 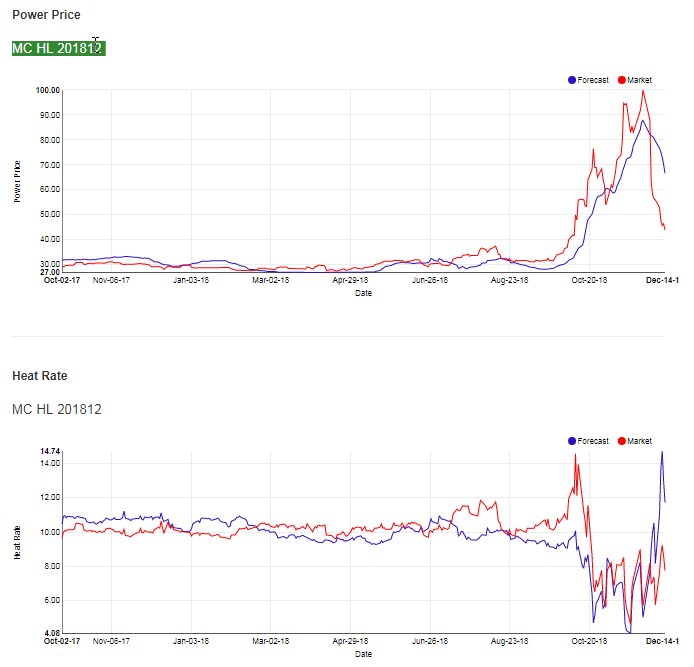 Dec is cheap from both PP and HR (Power Price and Heat Rate) perspectives, plus there are these fundy facts to consider:

These are reasonably solid facts, couple those with low prices and heat rates and we are ……….. LONG 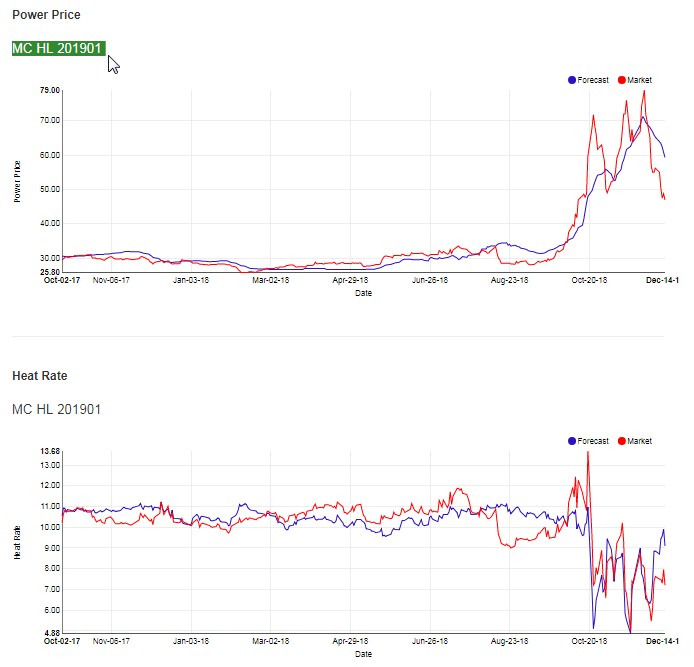 What is true for BOM is usually valid for Prompt; the two have an R-value that approaches 1.00 about 95% of the time; when they diverge it can be violent. Here we see similar low prices and heat rates, but let’s turn to the roll before making the final call: 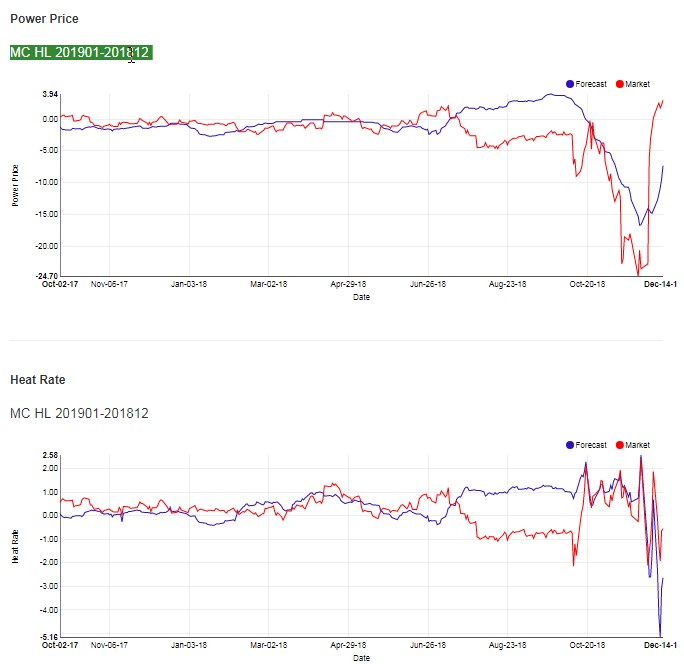 Remember when we put out the strong BUY for this roll, that was like $25 ago; now it is at or near a contract high – how times change.  Note the rate of change is changing in power price, the chart was straight up for a week or two; now it appears to be flattening. Given perhaps tighter cash off of rallying demand, we’d be inclined to sell this roll. In other words, we’d own the Dec over the Jan. 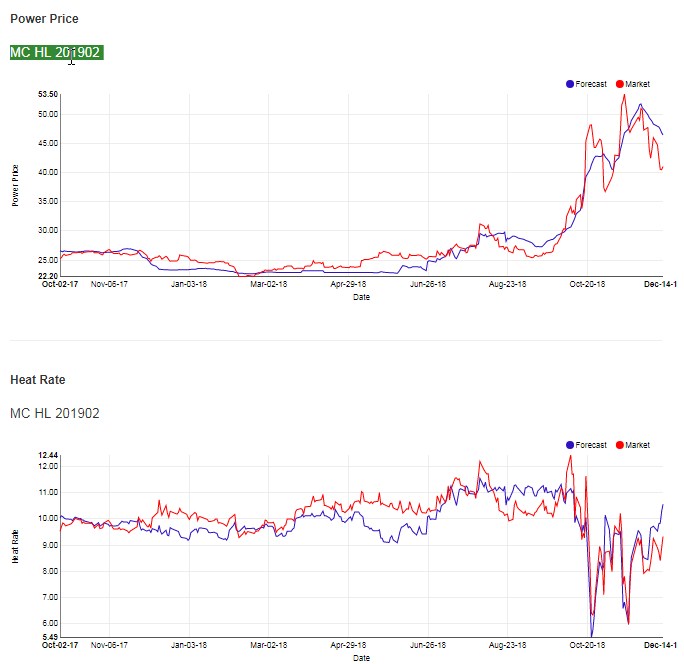 Feb never rallied up as much nor came off as hard. With snowpack building so is the February draft, but the heat rate is still cheap suggesting the gas isn’t.  One valid Mid-C fear is the early return of Sumas to 100%, and we think this isn’t an outlier, it is increasingly becoming our base case. I’d not want to get too long the MidC because of that. Therefore we’d SELL 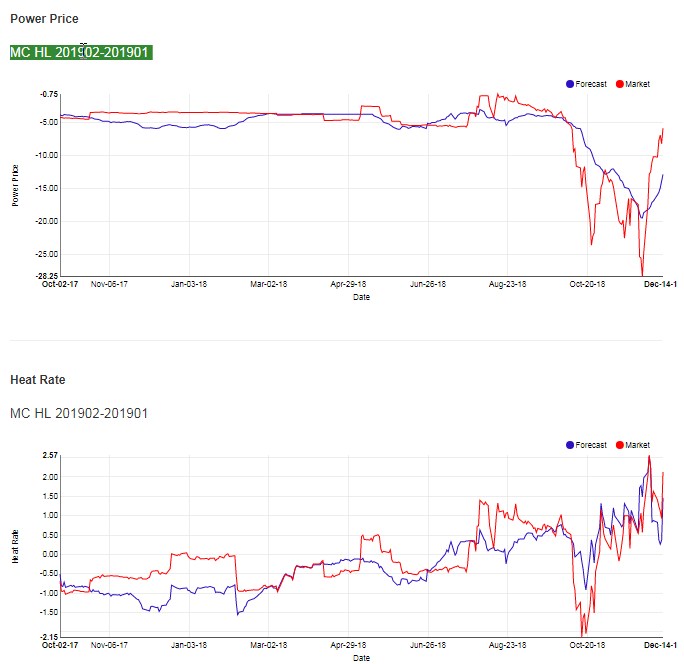 Another roll that rolled back to reality; this one is almost back to the contract average on price but is close to contract high on heat rate. The latter is because the Feb gas never got as high as Jan. We’d not own this roll, if you bought it back then, take the profits. Otherwise, we’d PASS 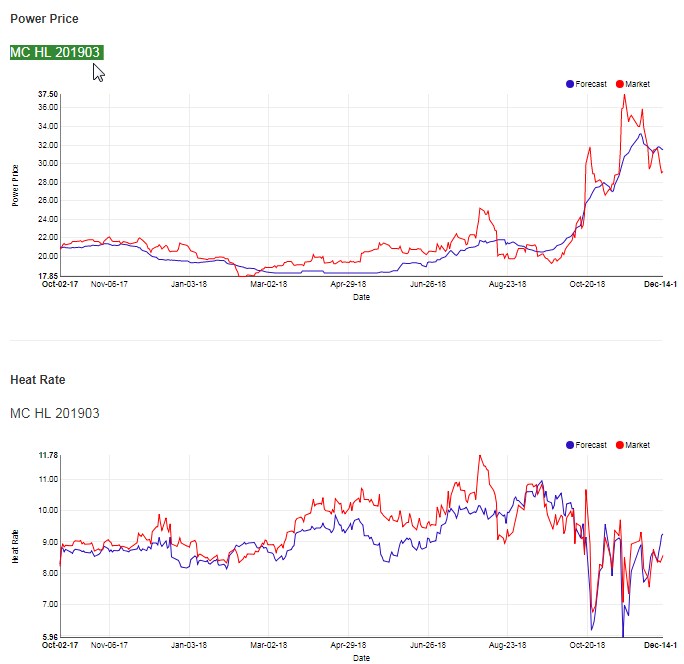 Like Feb, still rich in price and reasonable in HR. This still contains a small piece of Sumas premium, and perhaps that piece is still too big. SHORT 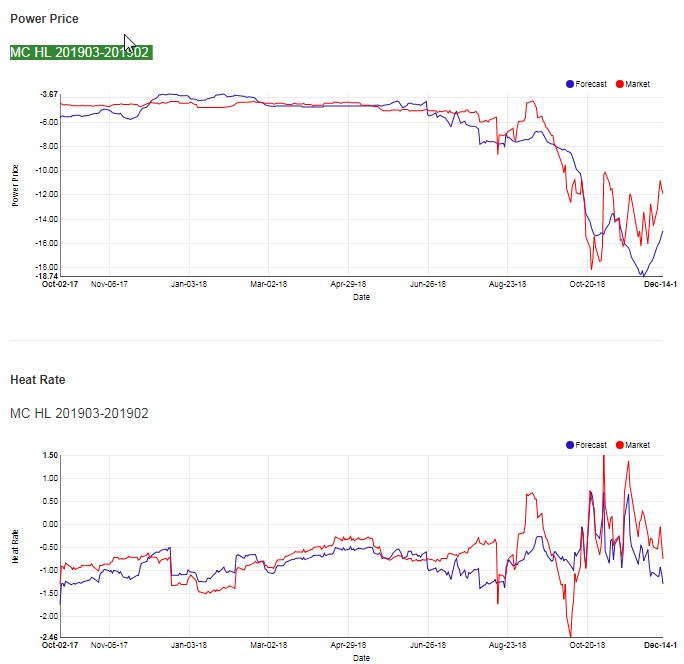 MAR to FEB is low price and reasonable HR. Perhaps the market remembers 2017 and those biblical March floods – 550 KCFS past Portland. Odds are, you won’t see anything close to that this year. BUY 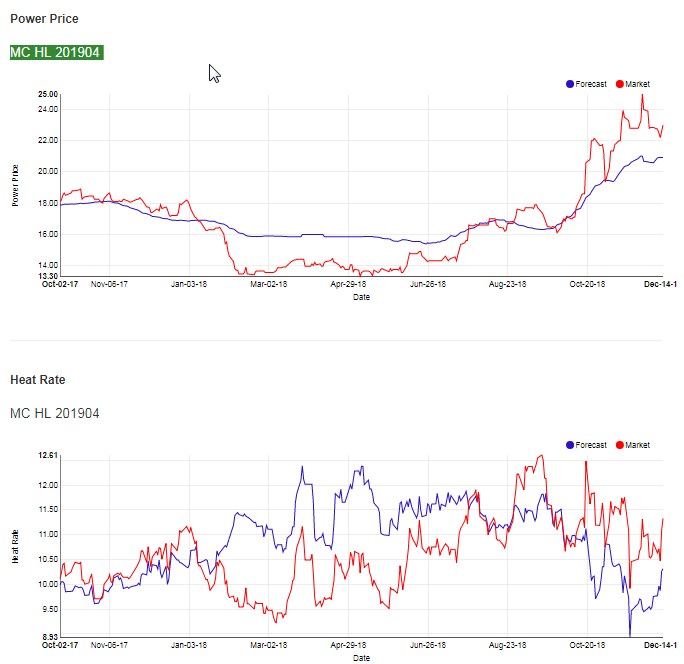 April, one of the most volatile MidC bullets, a veritable widow-maker. It’s rich and not because of Sumas; the premium here reflects a dry water year; the market assumes little draft. Wrong, even NWRFC has pegged TDA at 94%, and that number is growing. Ignoring Sumas, we look for anomalous pricing relative to the water year, and this seems rich … SHORT 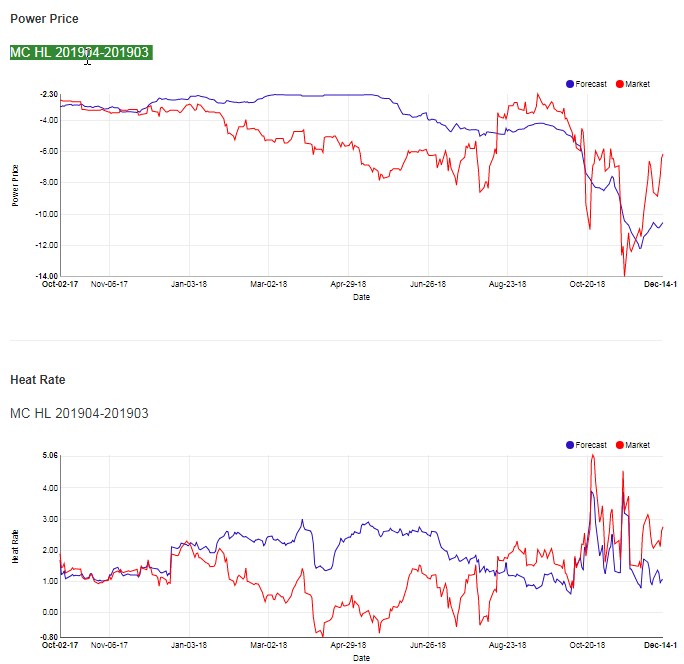 I think it was the April-March that brought down Amaranth in 2007 (and added a $B to Arnold’s book); this is power, but this roll is just as volatile. Now it is more reasonably priced than not … PASS 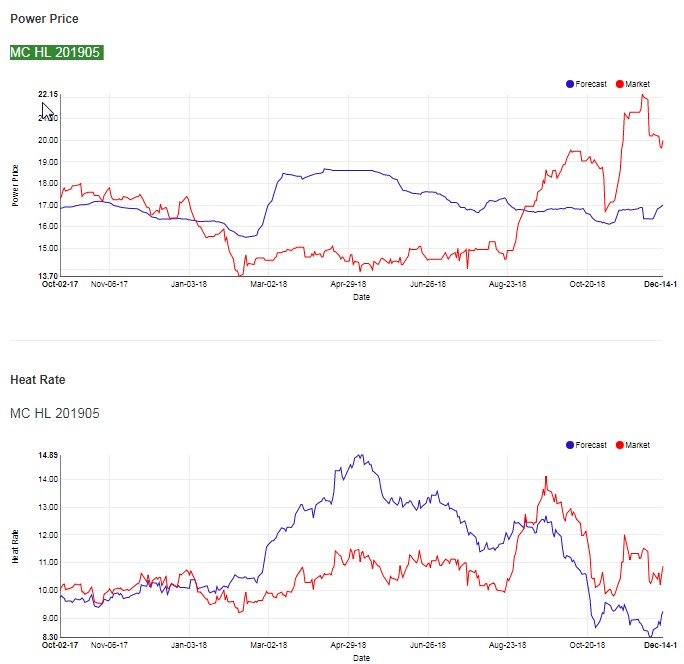 May is often the Mid-C’s red-headed stepdaughter and usually is scorned relative to April or June. That isn’t the case this year, the May is near a contract high, and its heat rate isn’t cheap. Given a growing water year, we’d……….SHORT 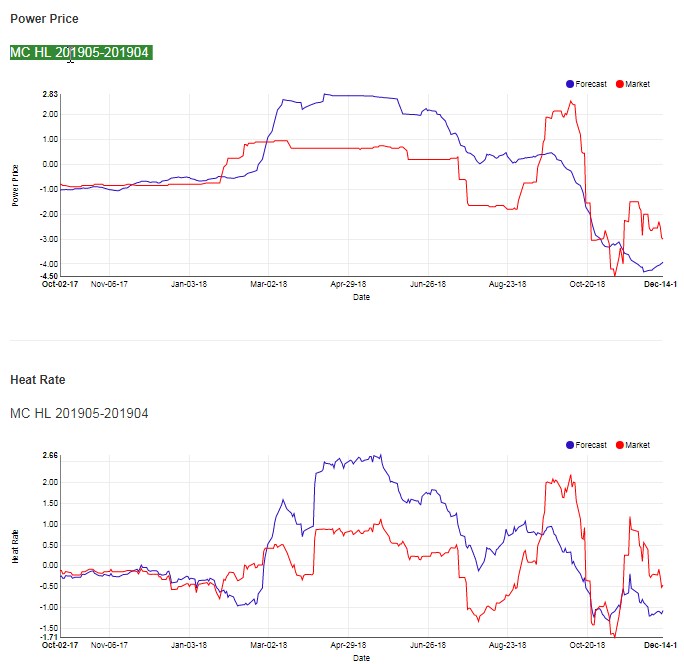 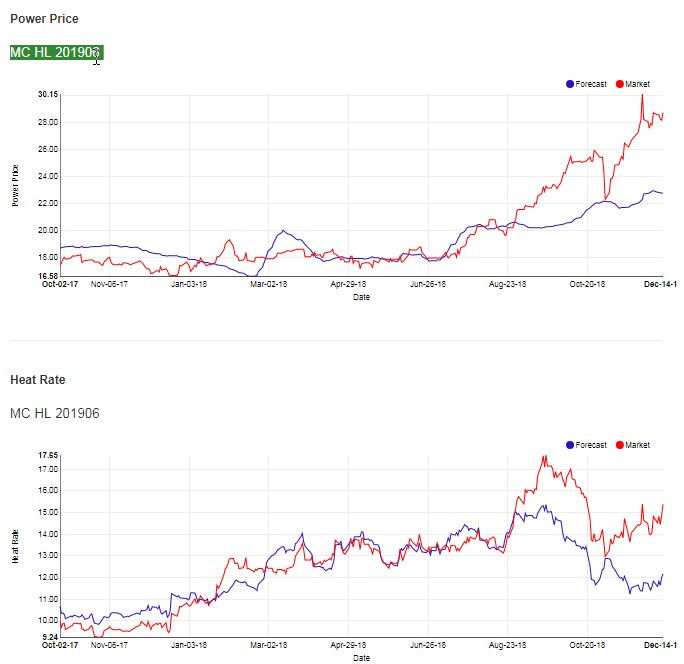 June is interesting as it almost always contains peak hydro. It also gets the free-rider effect of hot ISO or Palo. On rare occasions, the melt is delayed and June gets smoked for a few weeks. Probably a more significant risk is that Calif never gets hot in June; given this is near a contract high for PP and the HR isn’t cheap , we’d ……..SELL 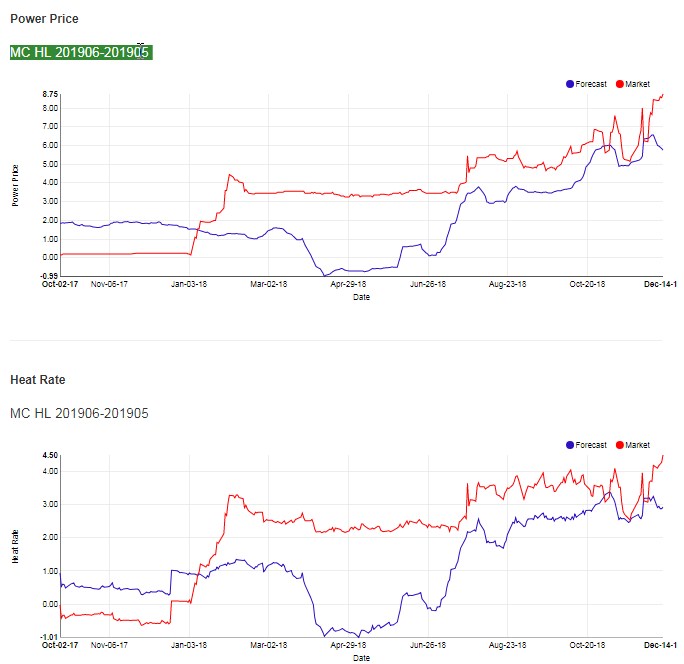 June to May and the market is pricing it like it always does – big June premium. Way too early to call either Volume or Timing, so we just fade anomalies … SELL 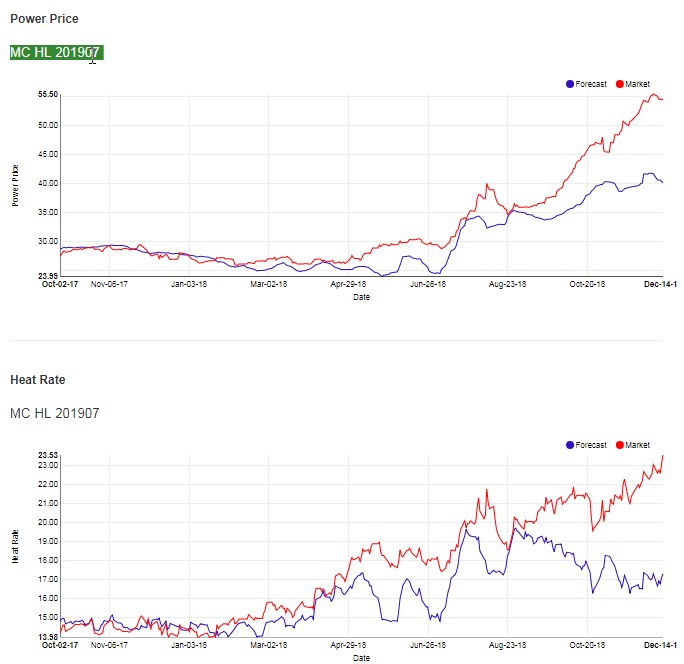 Wow, this is straight up both HR and PP; but with a growing water year it can’t keep going up forever, or can it? Big cold in Seattle would pull this up off a cash-sympathy play, but we do not see that just yet. I’d be more inclined to short this then buy it. 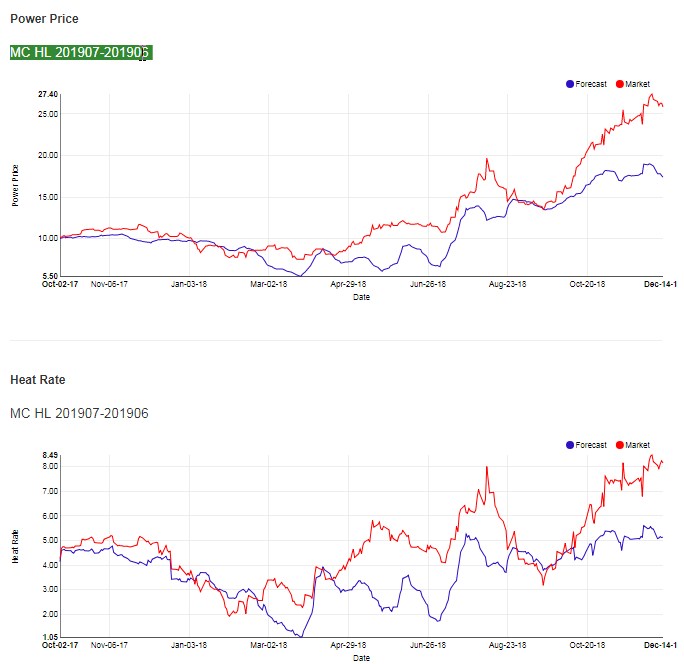 The June to July roll is at contract highs for both HR and PP. Fade anomalies, SELL. 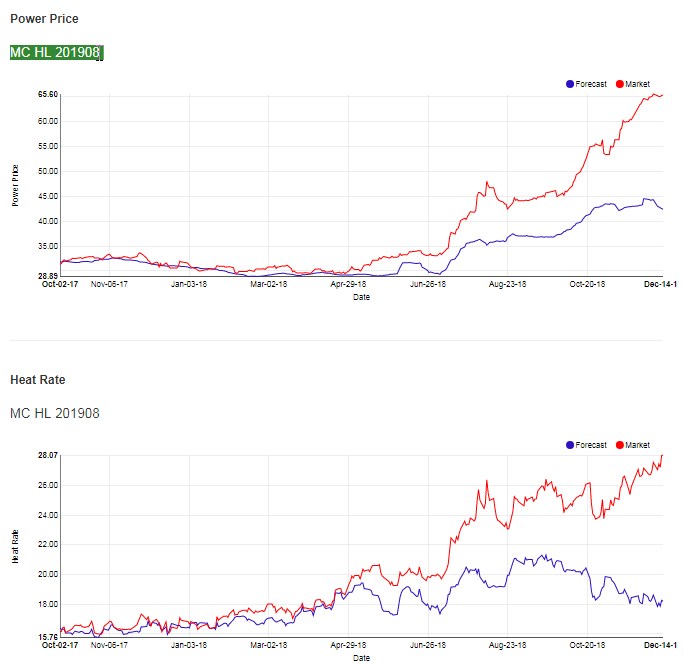 Aug is like July; bullish both HR and PP. Everyone fears a repeat of last summer when the ISO had a Citygate meltdown. I’d fear that too and this is too deep into summer to waste VaR on … PASS 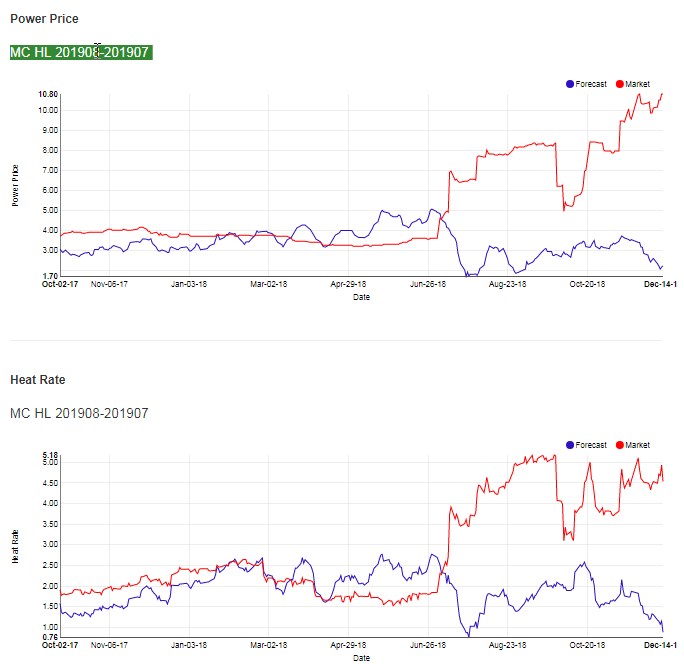 Check out the heat rate resistance; its hit that high about five times and come off, but the power price just keeps going up. I’d be comfortable selling this roll, though doubt you’d find the liquidity to put it on or get out of it. But in the virtual world of ours, we ignore those factors and will be …………..SELLING 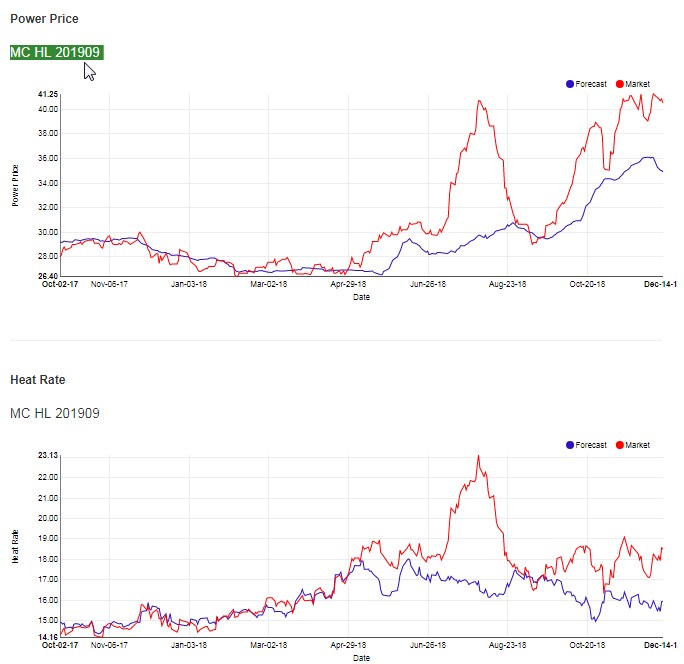 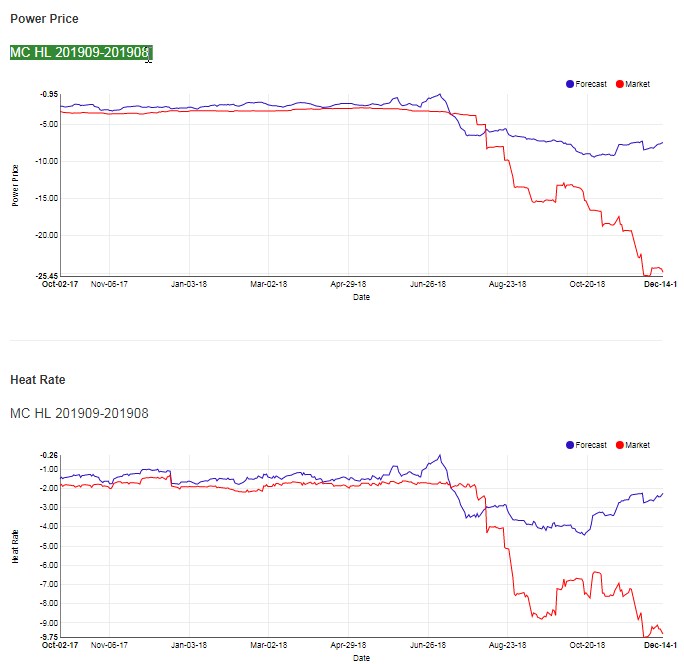