I believe the fundy takeaway was bearish caveated by “it’s all relative to price.” Today’s APT review is a bit different, we added SP and MidC and included outrights, spreads, and rolls. 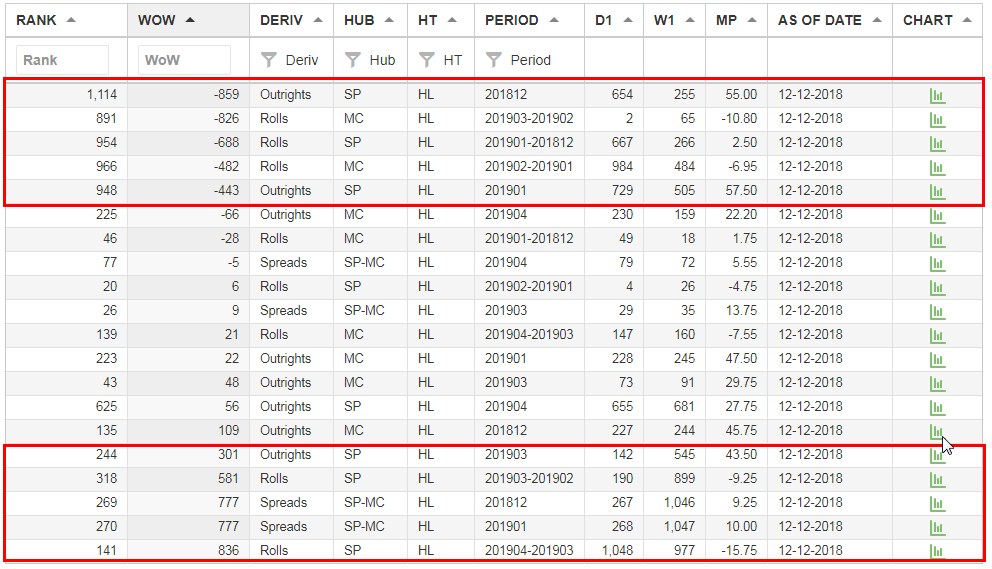 We then sorted on WoW (Week on Week change in Rank) to render the above table. The trades we’re looking at today are the biggest WOWs (absolute value-wise). Those highlighted will be discussed below, in the above order. 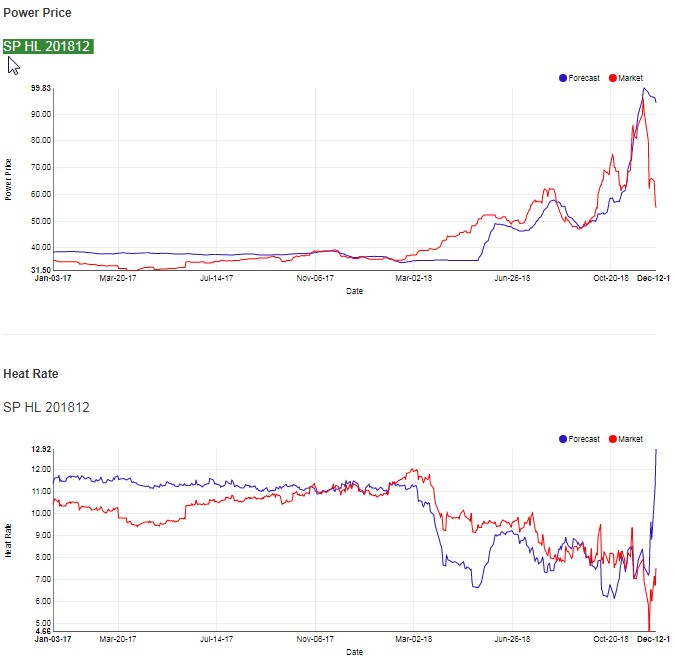 The BOM has Bombed; SP has tanked, and I’d suggest it is cheap both Heat Rate (HR) and Power Price (PP). Yet, weather is bearish and it’s “catch a falling knife.” Perhaps wait until weather changes, or maybe not. BUY. 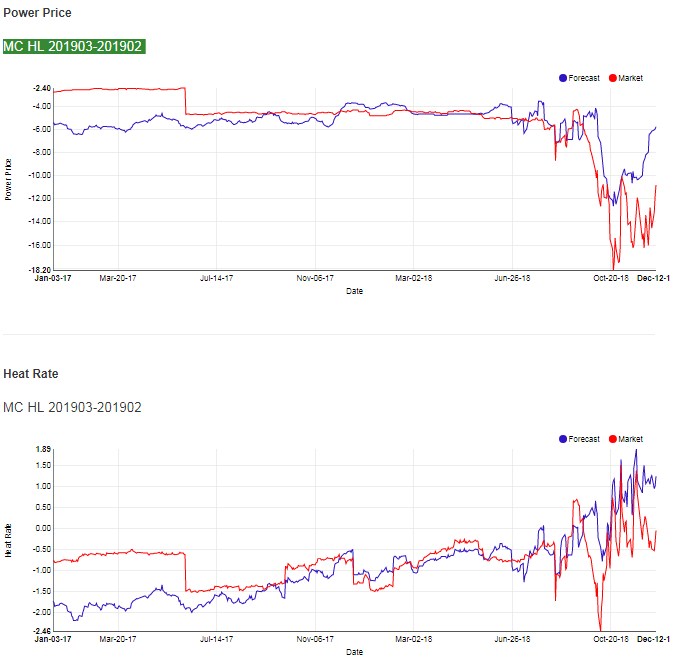 This charts the Mar-Feb MidC roll and, not surprisingly, the trade has returned about half the WEI premium. Just half, there is more to be paid. One additional factor to consider when comparing March to February – that is flood control drafts. The MidC is in a tight water year, so far, which means low drafts and may mean little regulated March water. It also says we probably won’t see drum gate work on Coulee this year, so no accelerated draft to 1255′ by March 15. Just food for thought, we chewed and are …. LONG 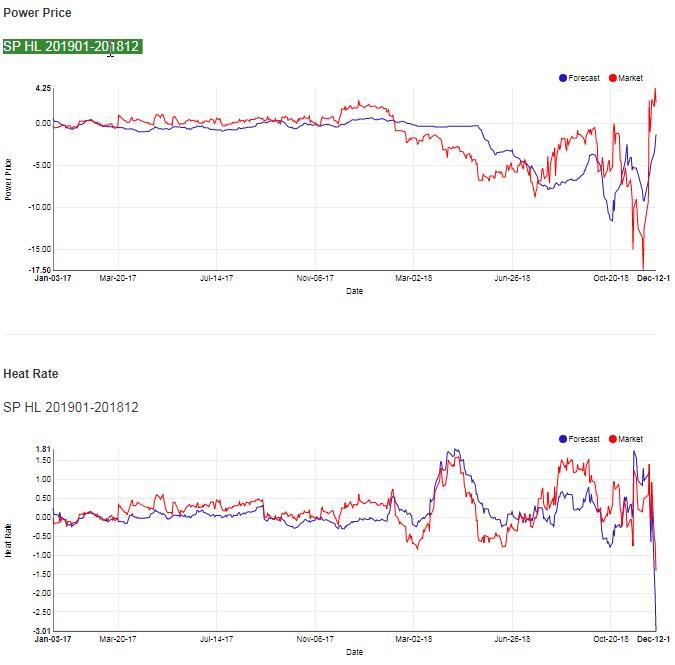 Prompt vs. BOM at SP; where this crack-pipe roll got as cheap as $-17, now it’s $+4.00 – a $21 swing. Granted, the Dec temperature forecasts are bearish, but what’s to say that Jan will be bullish? If anything, buying this is like owning a free call option on a cold event, or another problem with gas infrastructure. Because it is relatively rich, historically, we are …………… SELLING. 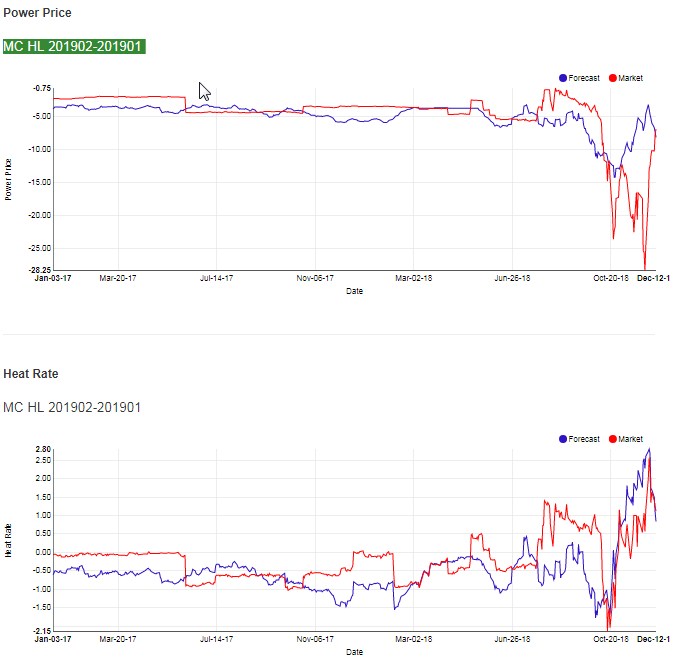 Feb to Jan, MidC; was cheap, now it is, at best, reasonably priced. PASS or liquidate your long position. 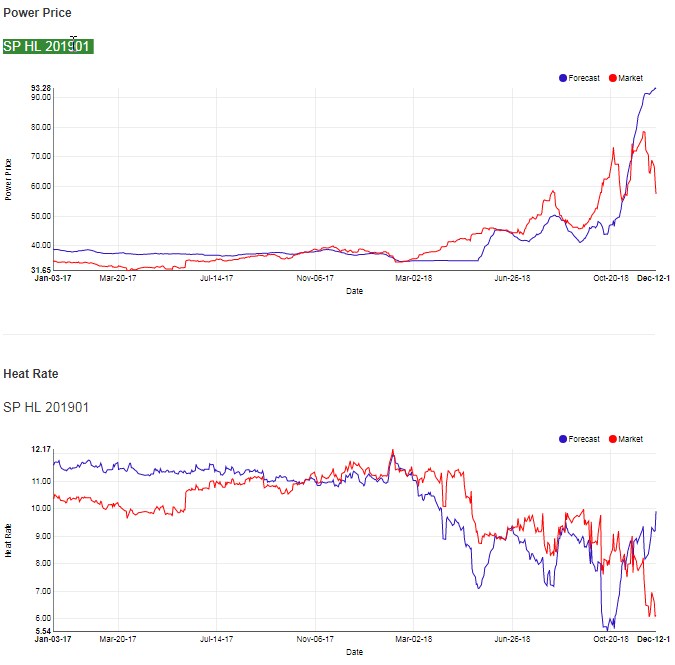 This heat rate, Jan SP, is at a contract low on declining gas prices; typically, heat rates and gas prices are inversely correlated. While gas is screaming up, the heat rate is tanking, but not in the Jan. The Jan gas is drifting down while the power price is tanking. This suggests that Jan SP is cheap and we are …………….. BUYING 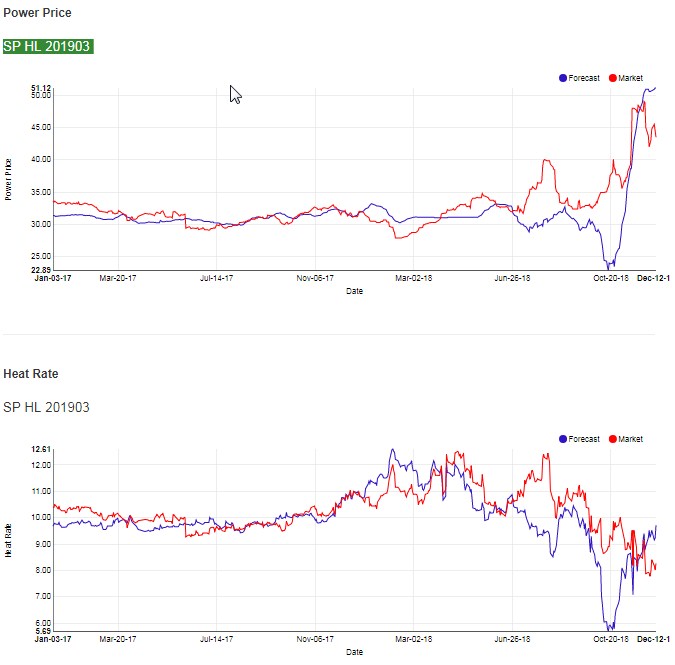 March SP isn’t that cheap; the heat rate is at a contract low, but the price is just below the contract high. Since we just got long the Prompt, why double down. PASS 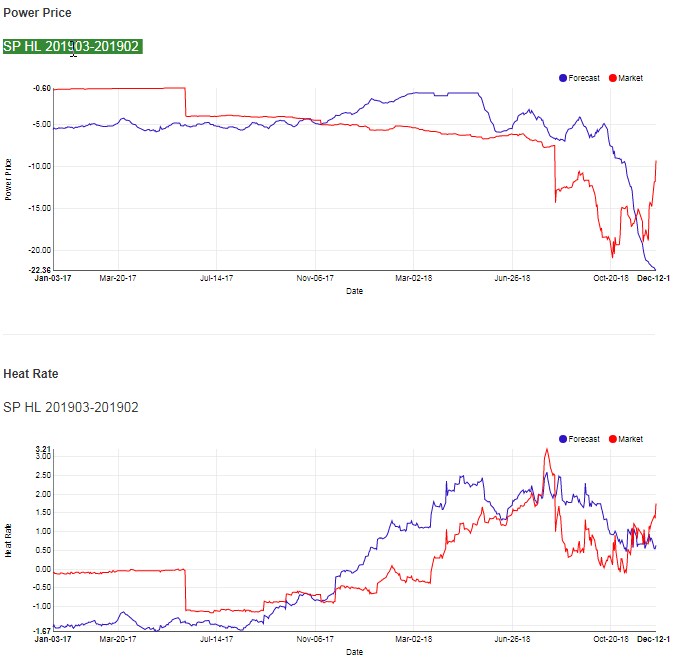 SP’s March-Feb roll has just returned to Reality; it was unrealistically priced for nearly a month, and anyone who owned the roll has seen their MTM scream; now it is time to turn MTM to Cash… SELL. 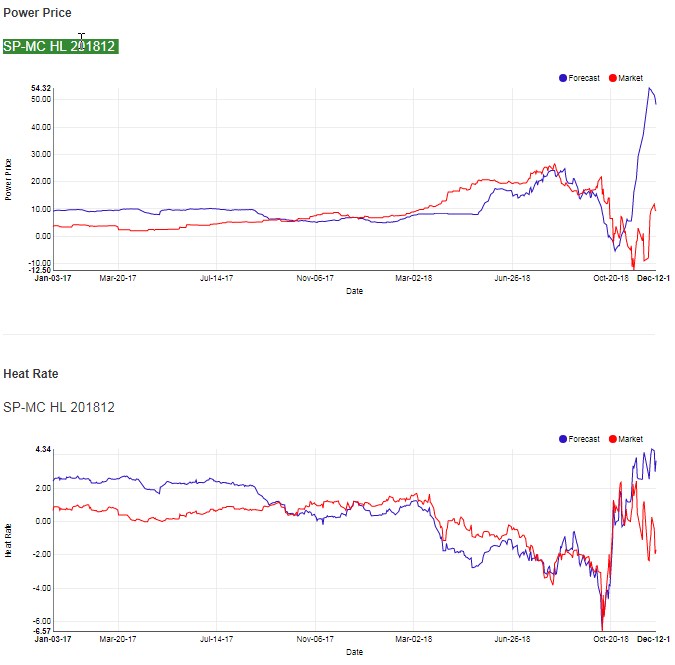 Not loving on the forecast in this one, but ignore that and you’re left with a spread that is getting cheap on HR and a bit more rich on PP; that said, we’d still own the spread off of all that rain working its way through MidC’s turbines and the looming return of WEI to full capacity. Where does MidC trade when Sumas is back to its usual $2.00 handle? LONG 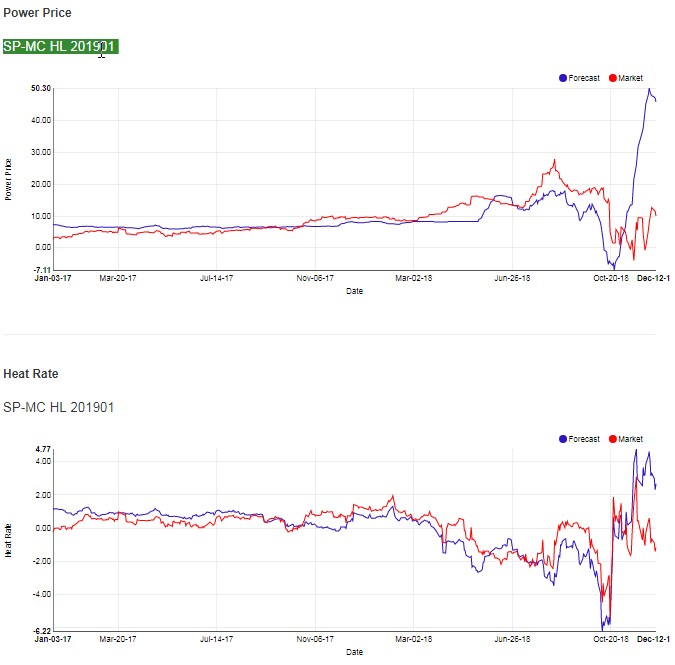 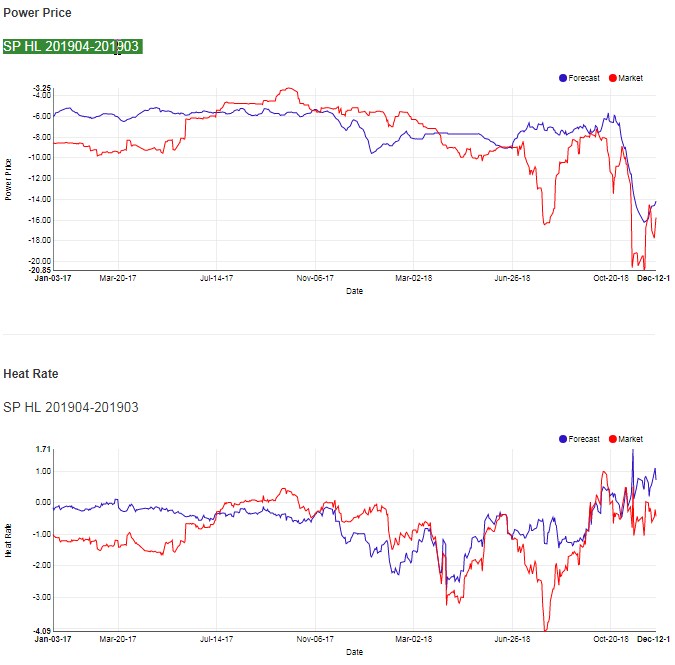 A bit deeper in the curve, now we’re looking at the April – March at SP, and it is cheap price and fair HR. Do what you like, flip a coin, rock scissor paper it; we’re PASSING.