This week’s 738 aMW decrease in November essentially wiped out the gain we saw last week, leaving the current projection lower than any of the previous four forecasts.  December reversed trend with a 363 aMW jump, while January added a very modest 53 aMW.  February dropped 72 aMW coming off last week’s sharp drop.  March now has enough data to join the table above, and it shows up with a 428 aMW gain.

November drops off immediately and holds that deficit well into December.  Dec 9th sees the course reversed as the current forecast gaps as high as 1,200 aMW above last week.  There are small gains from the 1st-3rd of January, though the remainder of the months is essentially par.  February held a 70 aMW drop through the entirety of the month.  March does the same until the final week where the increase can be attributed to new data. 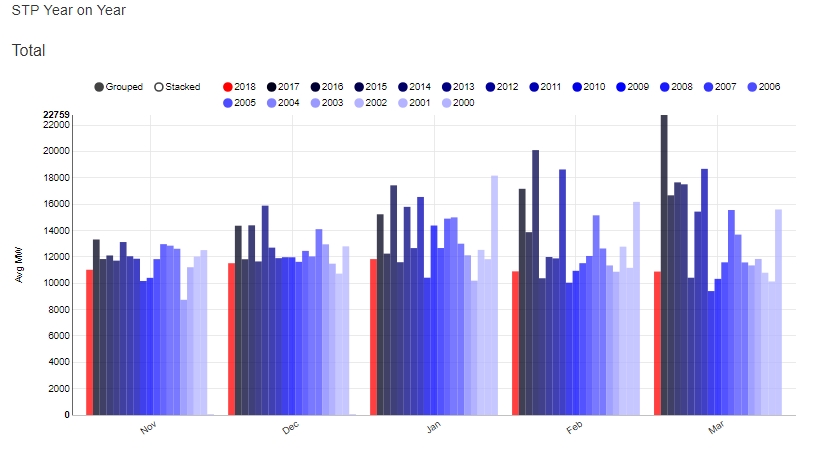 With today’s cuts, November is now forecasting below all but three years since 2001.  December inched ahead of 2002 and 2003 but remains behind the remaining years.  January looks to be the sole month that is pacing at least average.