The following APT table will be the order in which we report. 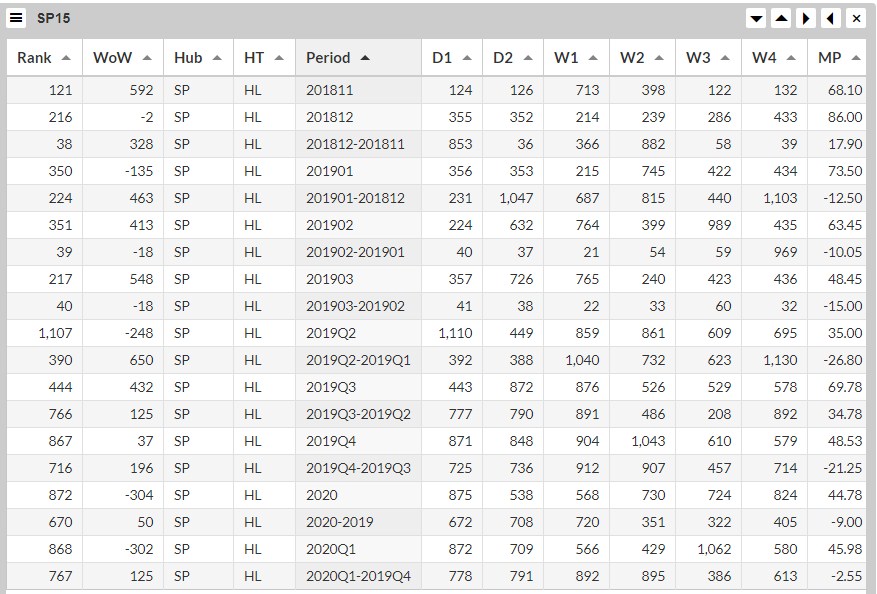 Click the above link to resort or select a different basket of opportunities. 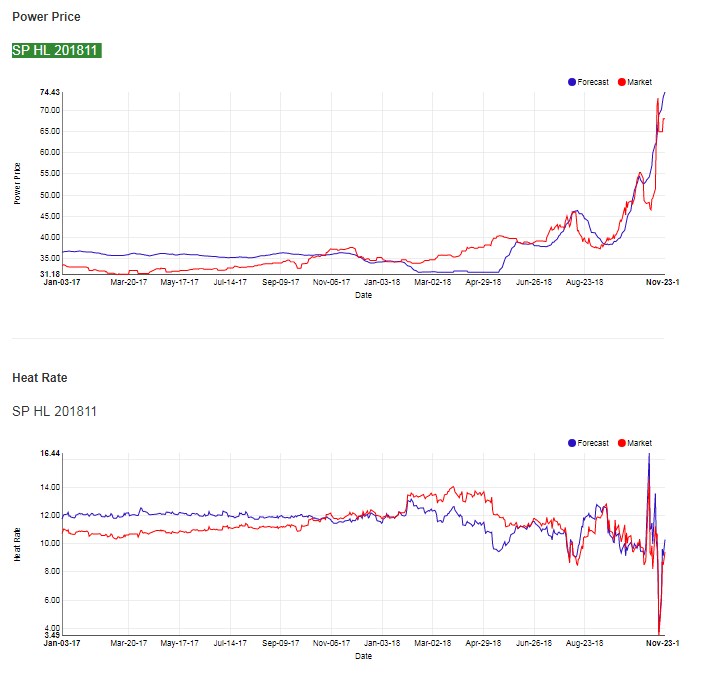 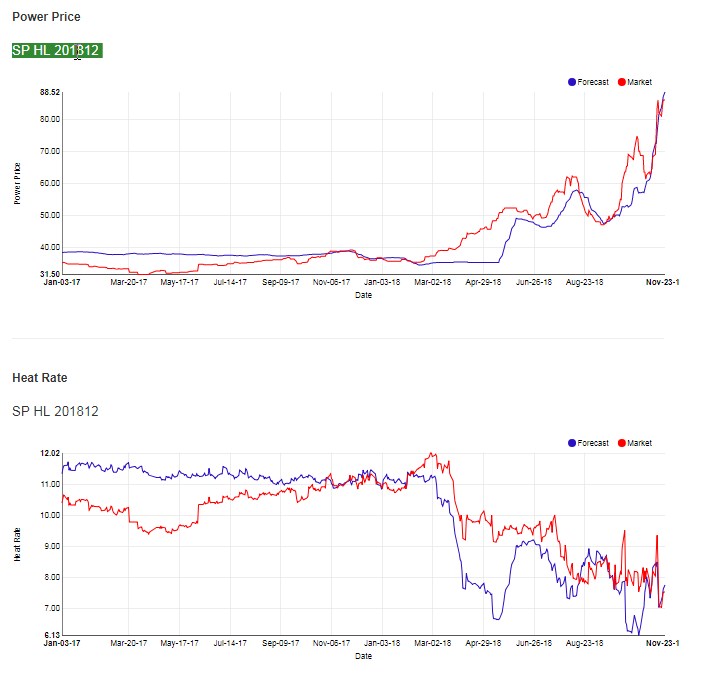 Dec is soon to be new BOM, for now, it’s just Prompt and an expensive proposition to consider. Heatrate-wise, it just bounced off a contract low, price-wise it just set a contract high. Blame it on gas, Socal’s an enraged and neutered bull in the china shop; her horns are swinging wildly impaling anyone who gets close (i.e., short). In light of this cold weather, we’d buy it and hope gas blows out to $30. After all, it didn’t take much to blowup Citygate last year: 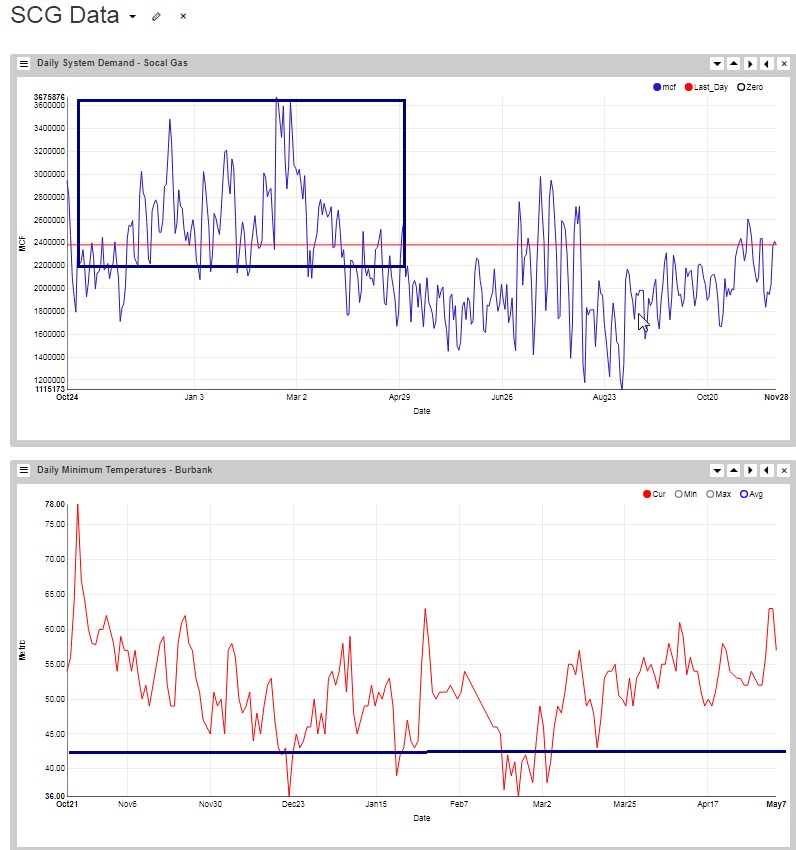 It seems any temperature forecast approaching a thirty handle gets the ute (and the market) cold and bothered; current forecast is 42. What if that drops another five degrees? For starters, system demand will gap up at least half a B. Long. 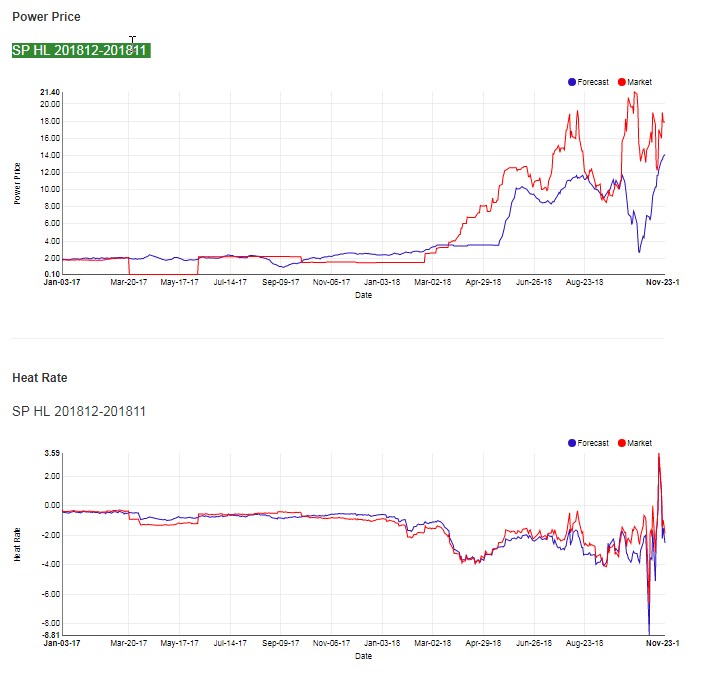 Kind of a meaningless roll given the short tenure of Nov, but crazy heat rate plot, huh? 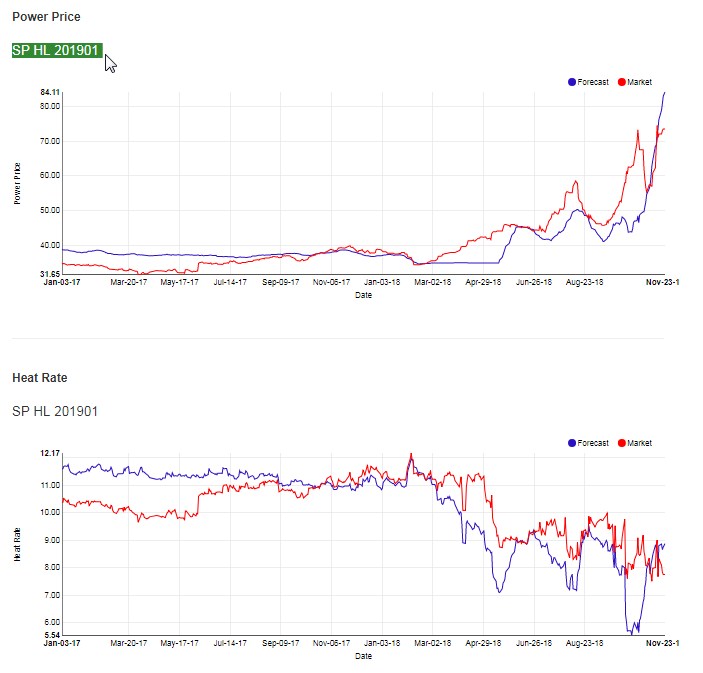 Jan looks like Dec, except the forecast is higher than the market. By the way, we’ll be releasing a new set of historical forecasts next month that incorporate numerous model changes – more on that in another post. If you like Dec, why not like Jan? Let’s look at the roll to see how much to like or hate. 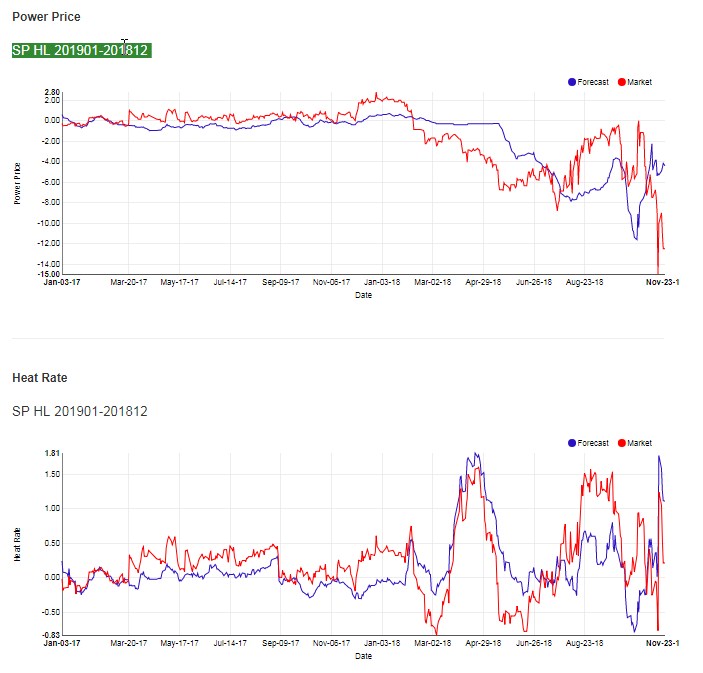 Wow, all over the proverbial map. Those lows were a great buy, and it still hints of buy, but instead, we’d just buy both of them off of the cold. 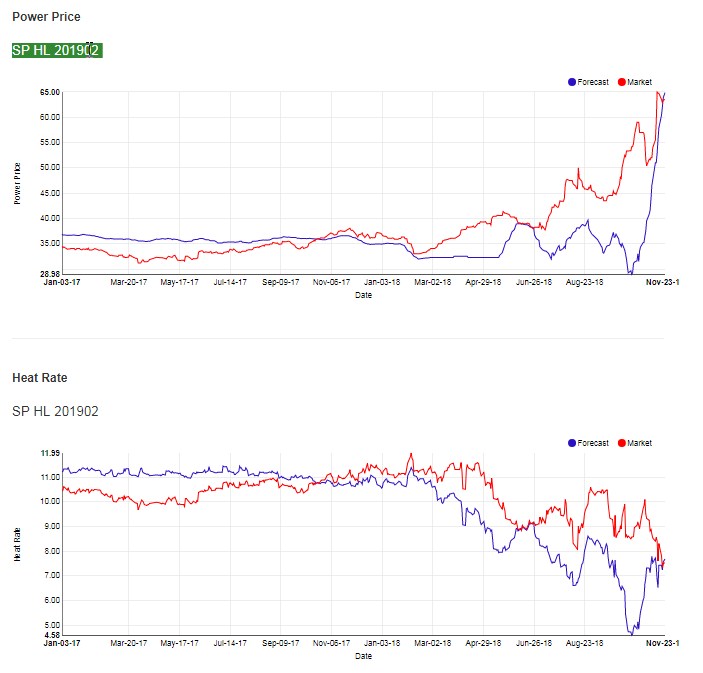 Feb looks rich, but what isn’t at SP? Roll time … 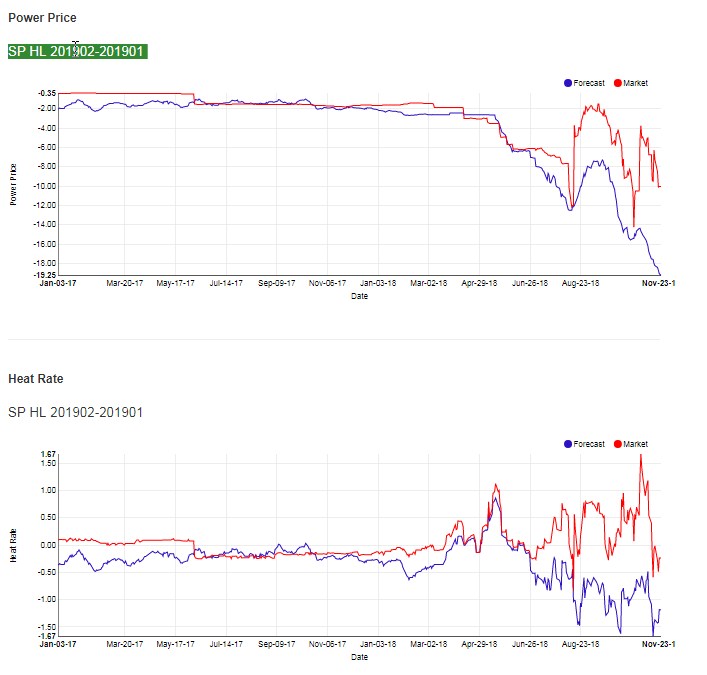 Hah, the roll is actually reasonably priced which suggests doing nothing with Feb, just be long Dec-Jan. 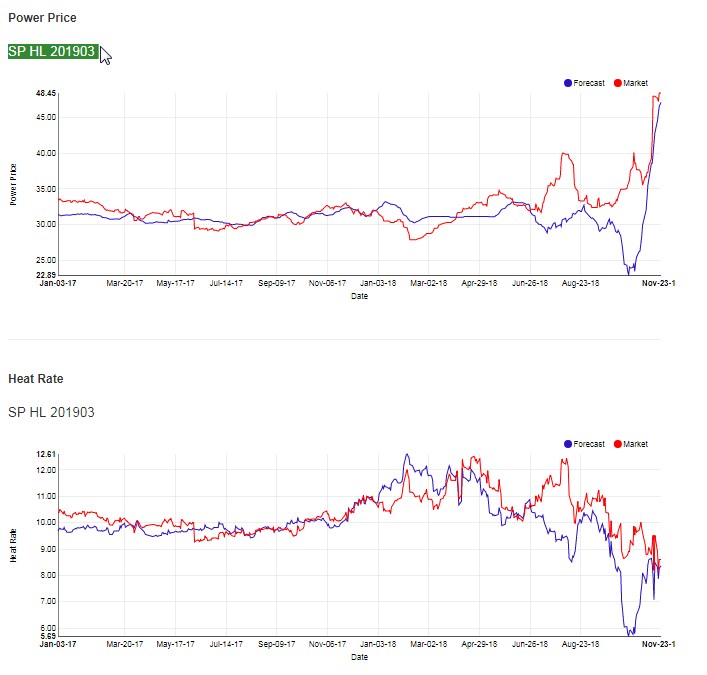 March is like the end of winter and a long way out. It also is a massively high price (and cheap heat rate).  Any front rally will bring this up but not as much and any crash this will come off, but not as much. We’d pass, but let’s look at the roll to Feb. 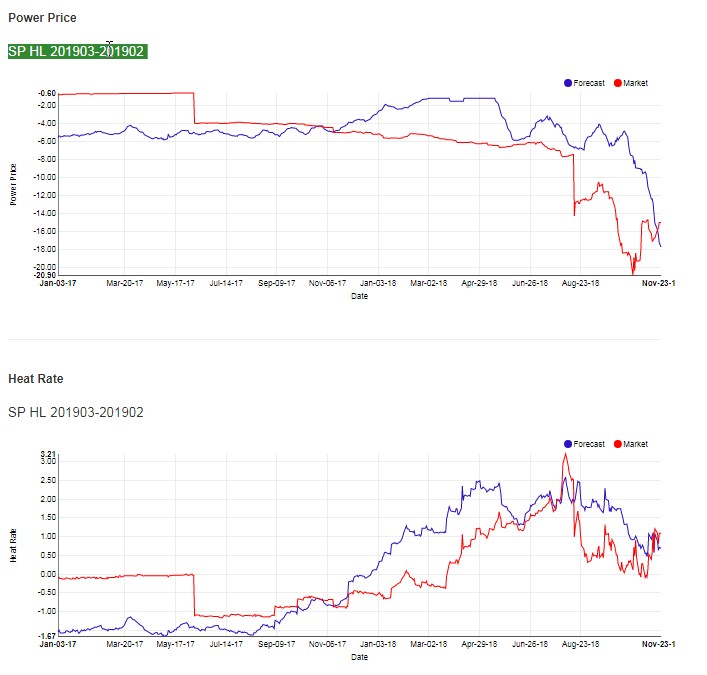 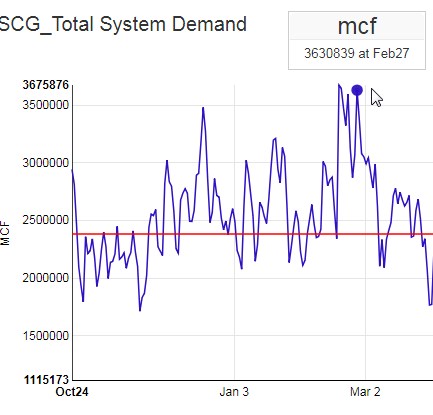 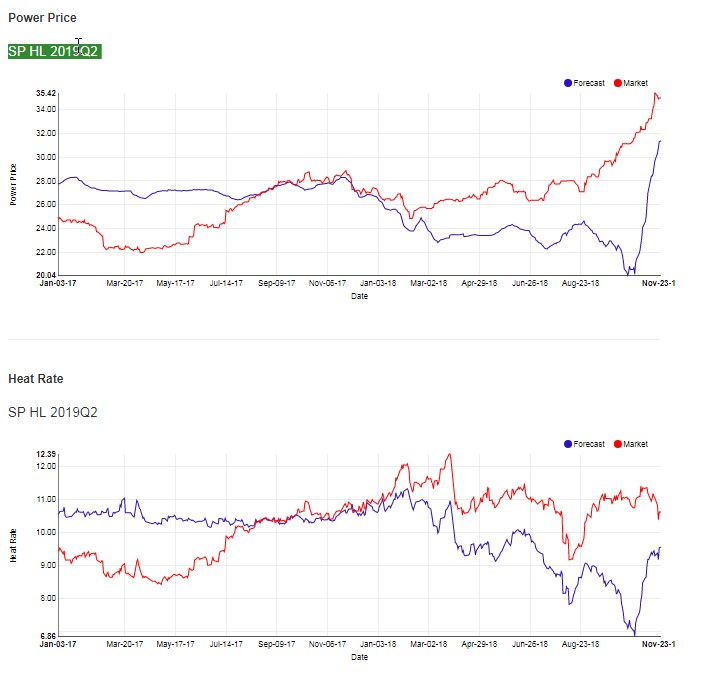 Q2 has been on a bull run since early August; it hasn’t even paused once; kind of like the DOW during Trump’s first year; now look at that DOW. We’d pass but look to the roll for more guidance. 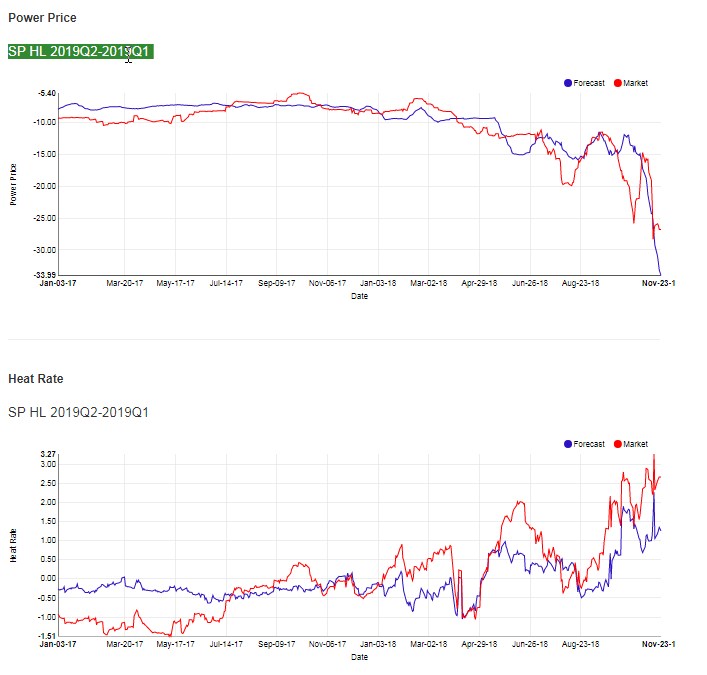 Relative to the One, the Two is cheap, but this is a pure cold-weather play. You buy the roll to fade cold weather, which was a good play until this weekend, now there is a real threat of cold. Perhaps wait to see how cold it gets this week, and how cheap this roll gets priced, then buy it??? 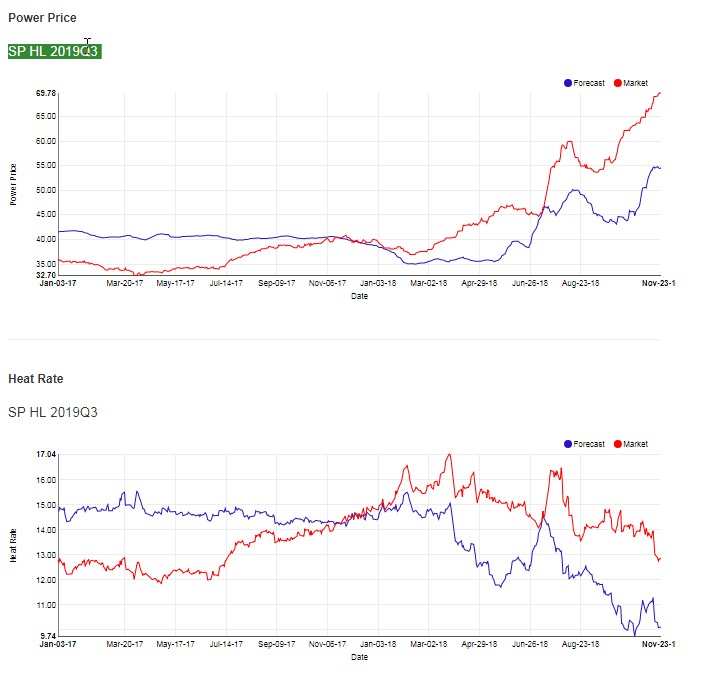 The Q3 heat rate took a dump over the last week meaning power rallied while gas went sideways. I’d want to see this relative to the two and four. 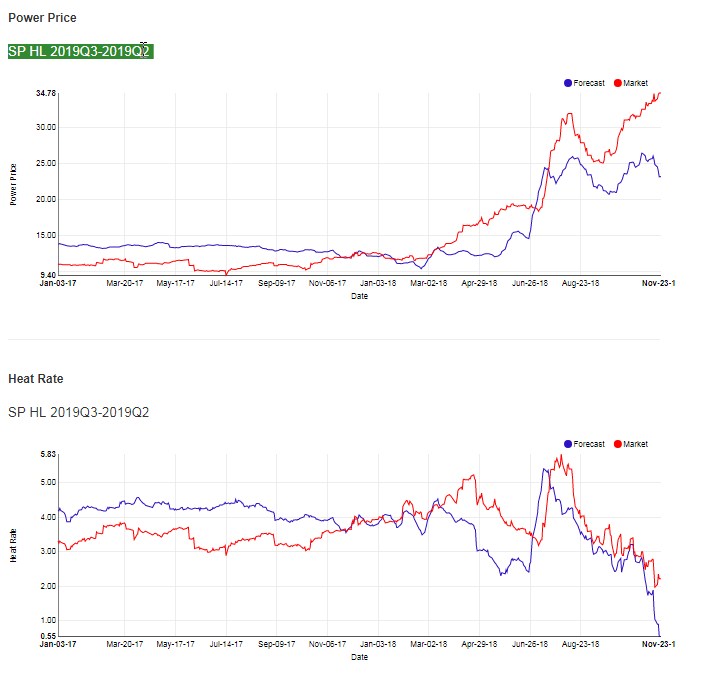 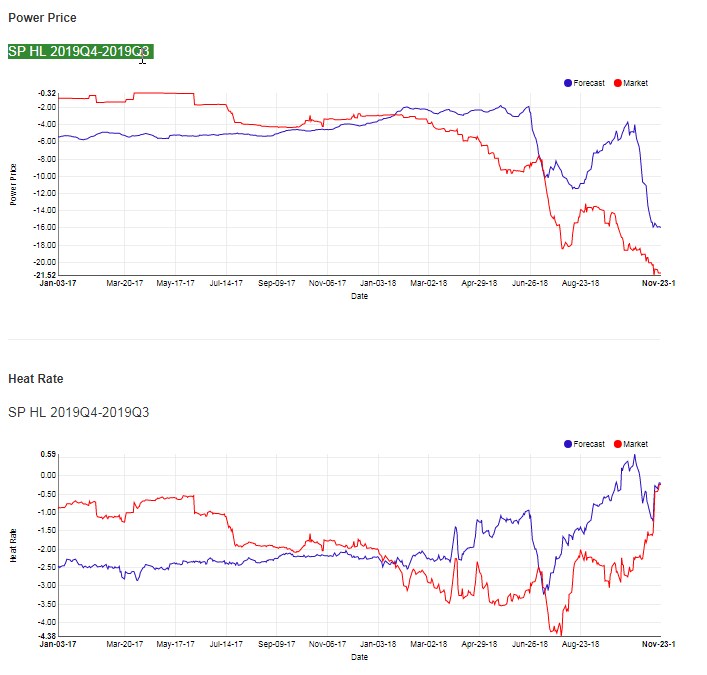 Rich to the four. But why wouldn’t it be after last summer’s catastrophe? Unless Socal fixes something, anything, next summer will just be deja vu all over again. 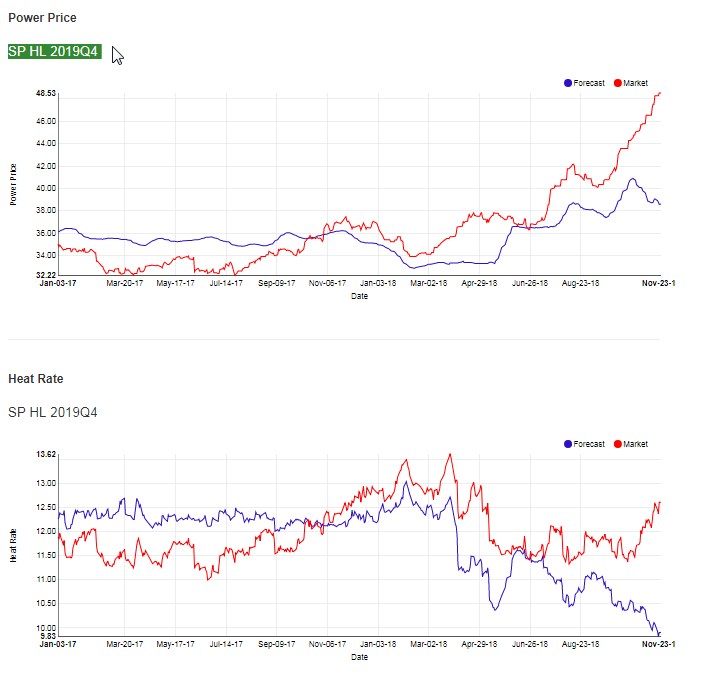 Q4 just goes up, just like every other strip at SP. One difference here is the heat rate is also going up suggesting Q4 may be getting over-priced; it is moving up faster than the price of gas, and fundamentally nothing is getting more bullish (fuel aside). If you wanted a short at SP, this is where I’d put it on. 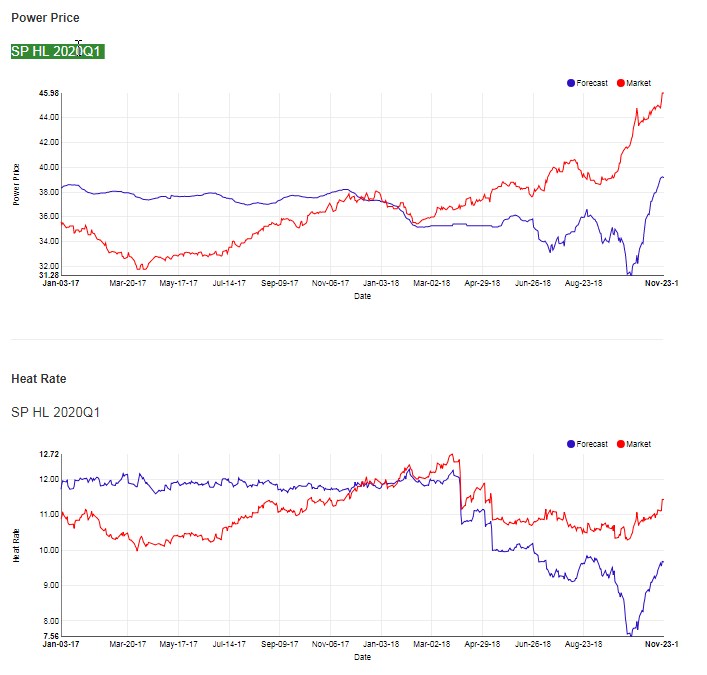 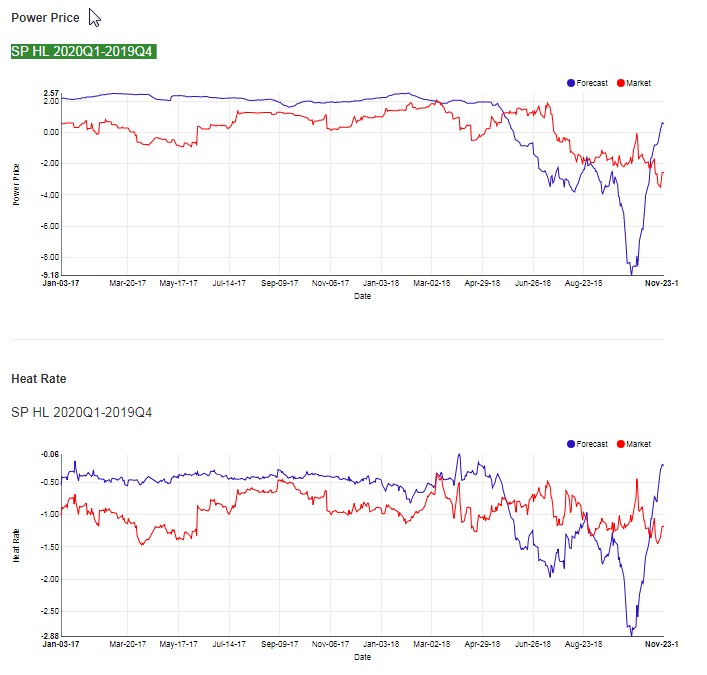 The roll is reasonably priced, so why bother? I’d play the front off of weather, and now it is looking cold and we’d roll the SP dice and go long Dec and Jan and forget the rest of the curve.