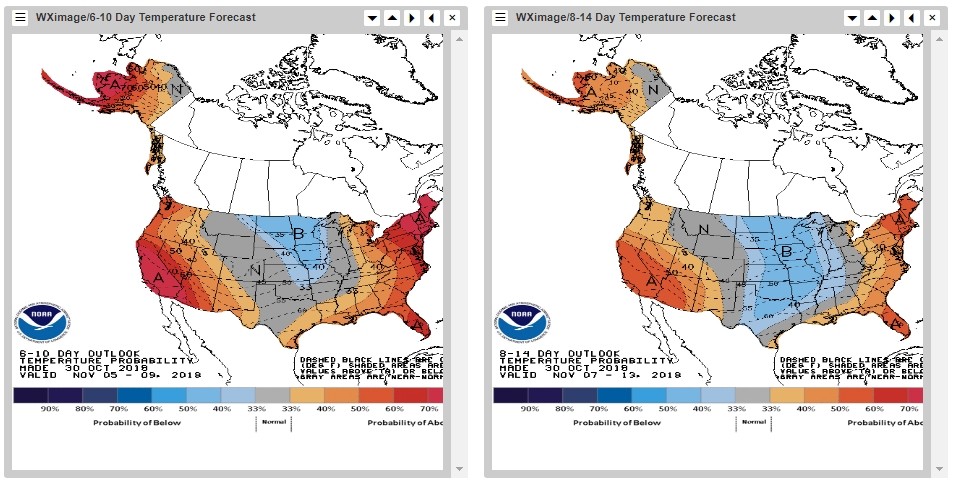 The entire west, though coastal areas in particular, should expect this week to be slightly warmer than next week as most of the WECC trends closer to normal.  Montana and the Rockies stand out as one of the only areas in the WECC to forecast normal aggregate temps. 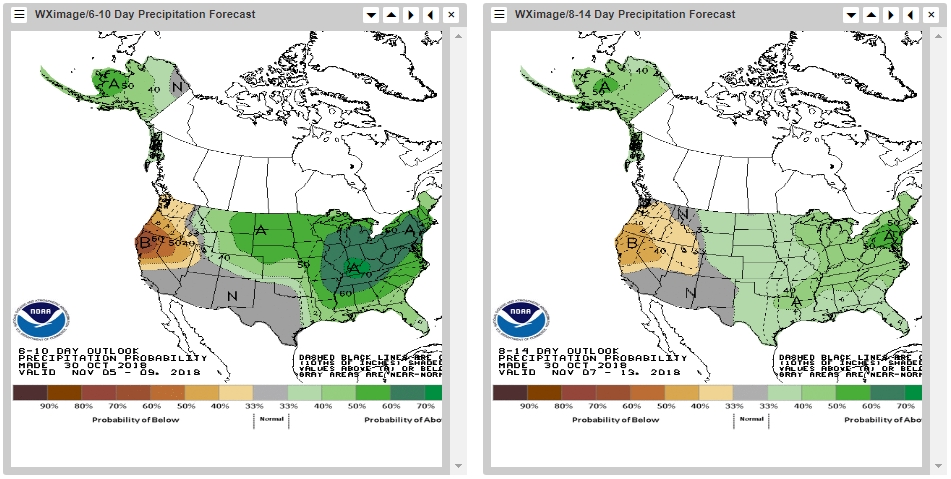 Everything west of the Rockies remains drier than normal for both this week and next, especially in NP and the Sierra Nevada.

The SP-PV day ahead spreads peaked at a $2 difference at their daily highs each of the past three days.  SP-NP showed a $0 difference yesterday and just $1 the day before. 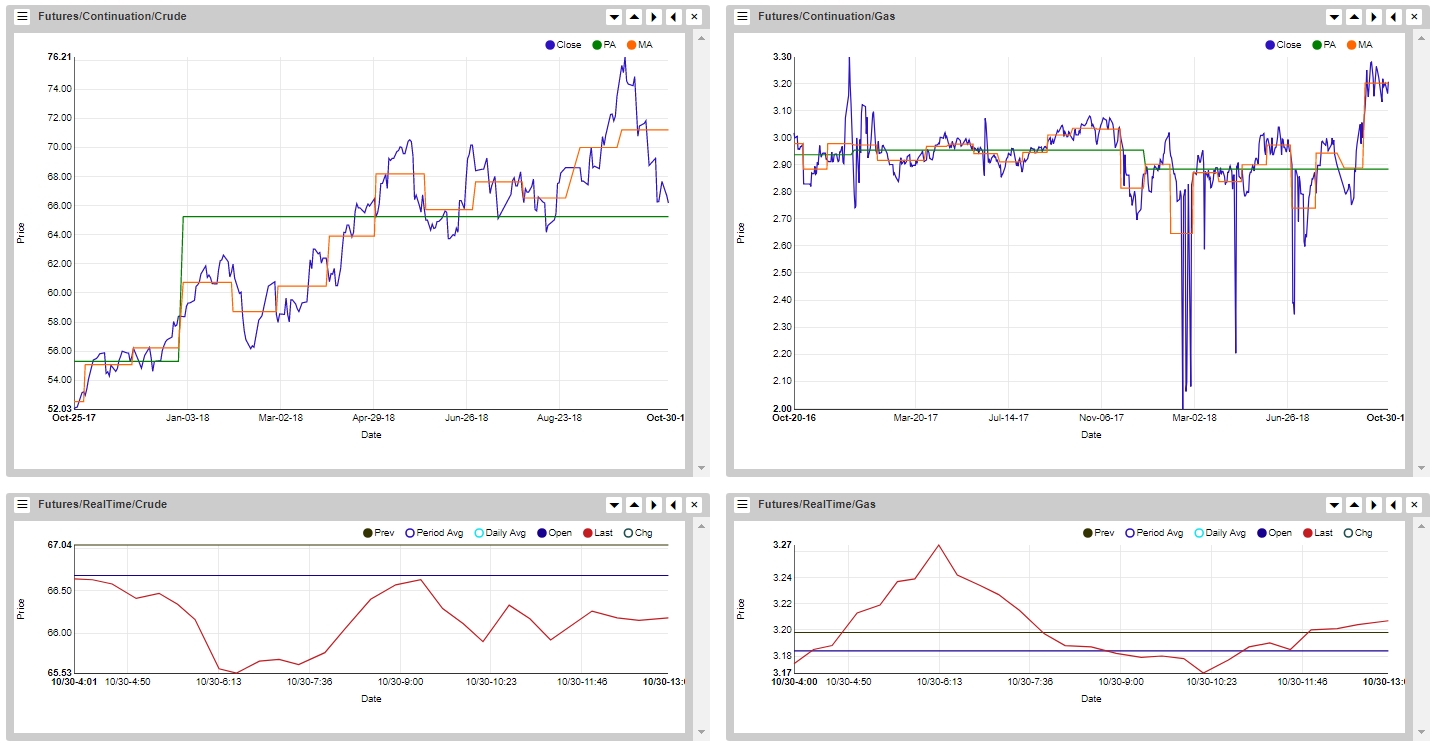 Crude finished the day down $0.46 cents but dropped as low as down $1.11 early yesterday morning.  Gas was up $0.04 in what turned out to be a very volatile day of trading with swings as high as $0.10 in either direction.

November Sumas isn’t letting off as prices climbed to $13.88 yesterday, and while January had been showing signs of slowing down after falling to $2.80 to $7.10 on the 29th, it has since rallied back to $7.96.  January SoCal Citygate is down nearly $1.00 week-on-week and is still falling as of yesterday.

AECO is back to $0.69 after climbing out of the abyss from last week.  Sumas saw its price nearly halve yesterday after spending the previous day rocketing to over $14.00. 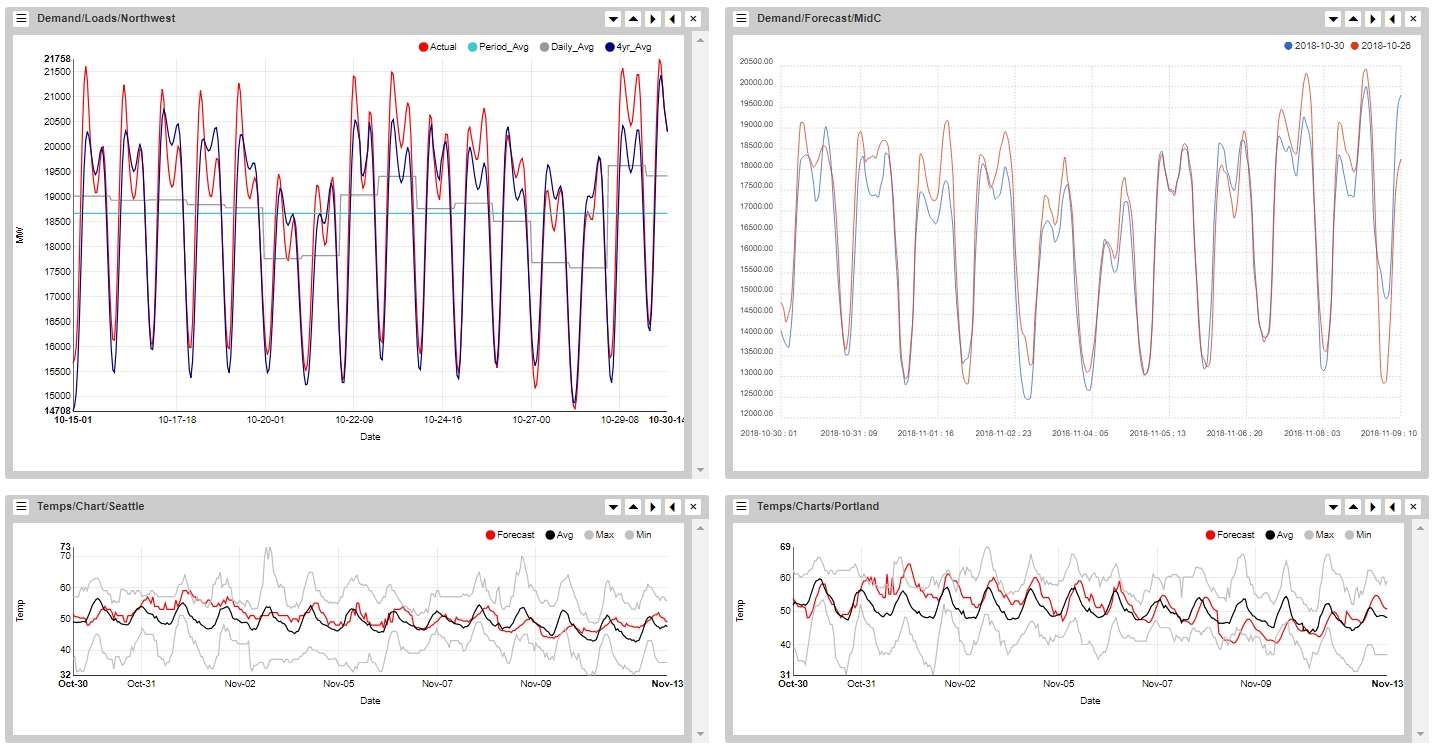 Seattle should spend much of today and tomorrow above normal, but likely by just three or four degrees at its peak.  Portland could be considerably warmer with highs reaching 65 tomorrow, nine degrees above normal.  Neither city is hinting toward extremes in either direction over the next two weeks.

Peak loads in Mid-C made a small 100 MW increase yesterday while week-on-week loads moved north by 250 MW.  Overnight loads are showing signs of considerable growth as daily low demand has jumped more than 1,700 MW over the past two days. 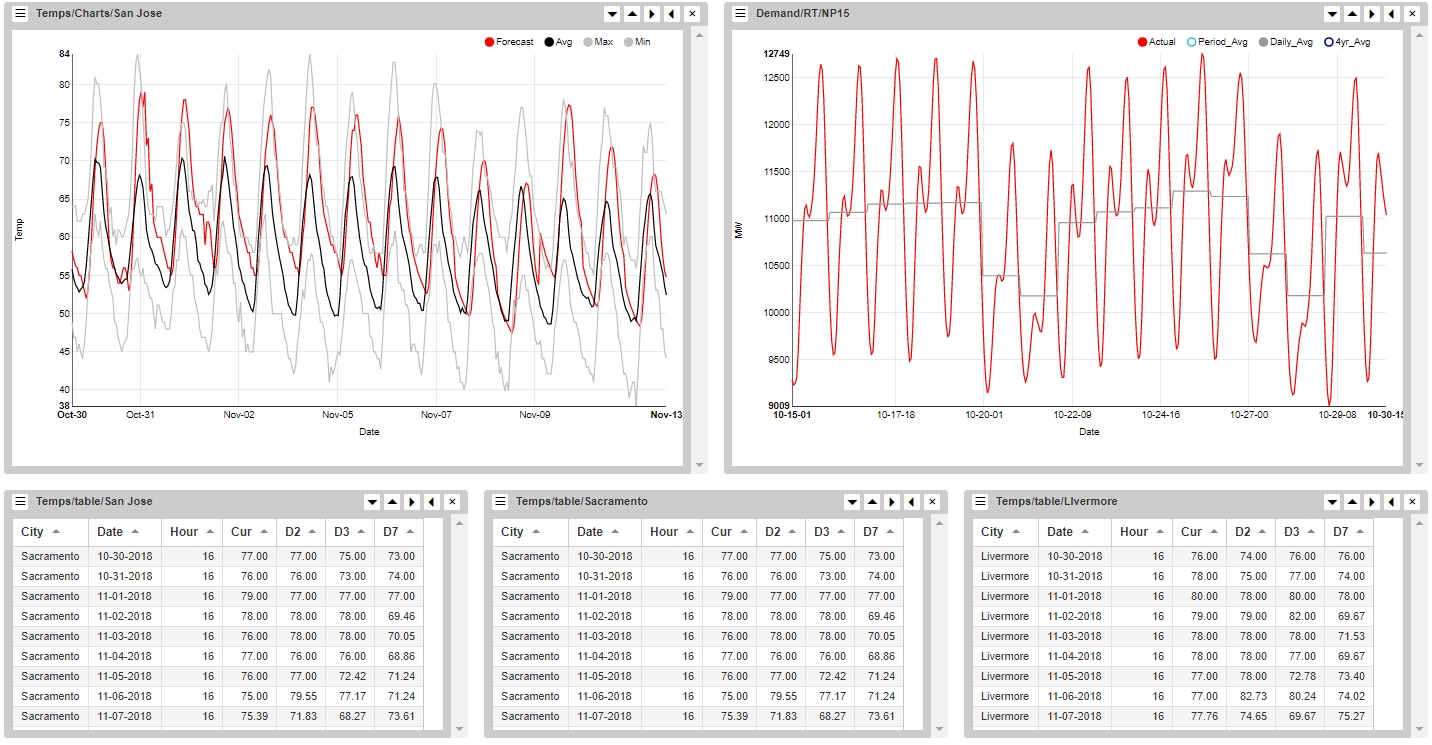 San Jose’s is showing daily highs above normal for each of the next 14 days, including a high of 80 today at 12 degrees above normal.  We won’t see daily lows drop below normal until the 9th if this forecast holds true.

Sacramento shows highs in the 80s through Saturday, as well as lows staying above 50 through the 7th of November. 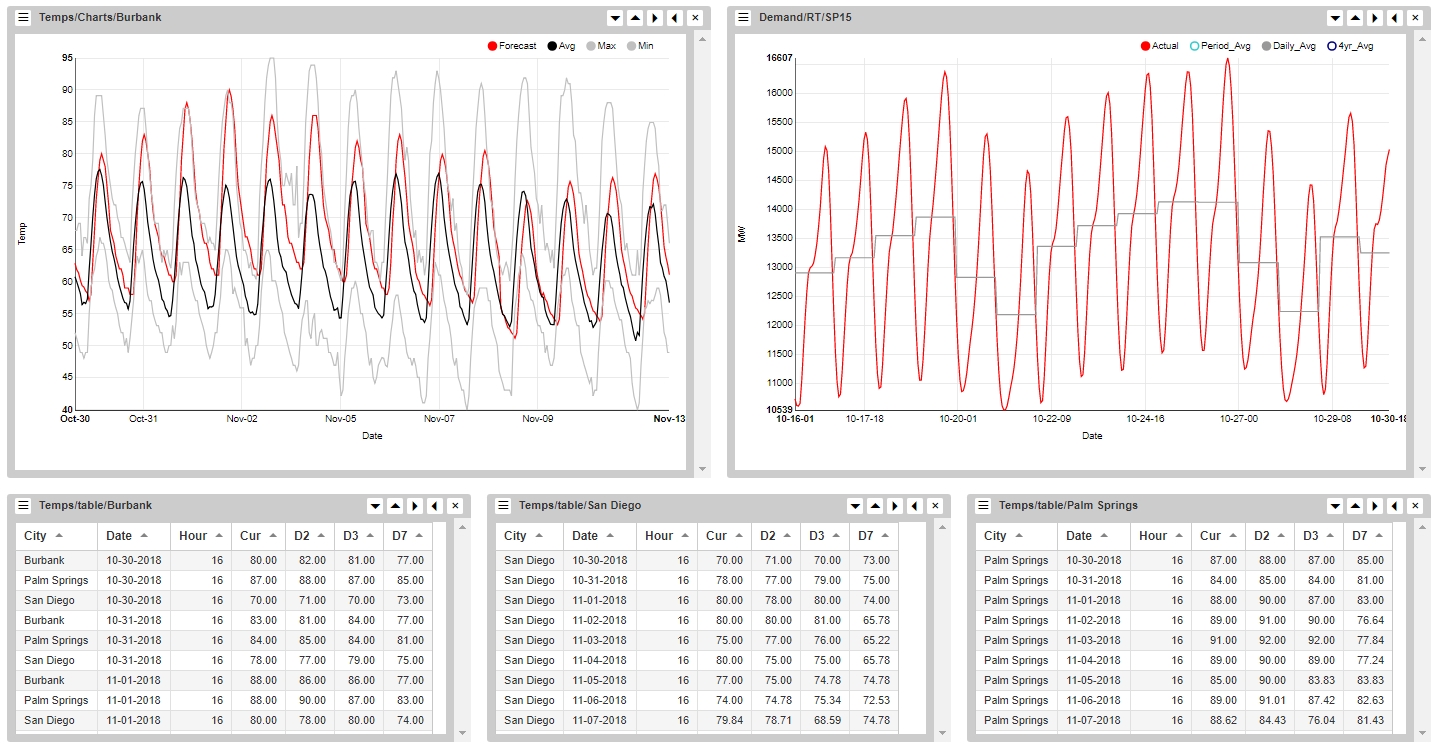 Burbank could climb back into the 90s by the 2nd if the forecast holds true, and while temps may taper off from there, they should stay above normal for the foreseeable future.

Warm weather isn’t in store for Phoenix, at least nothing above average like we saw in the hubs above.  Phoenix is forecasting a high of just 75 today, 11 degrees below normal, and just 76 for Thursday.  We should see temps make a swing back toward the average by next week, but not much more than that. 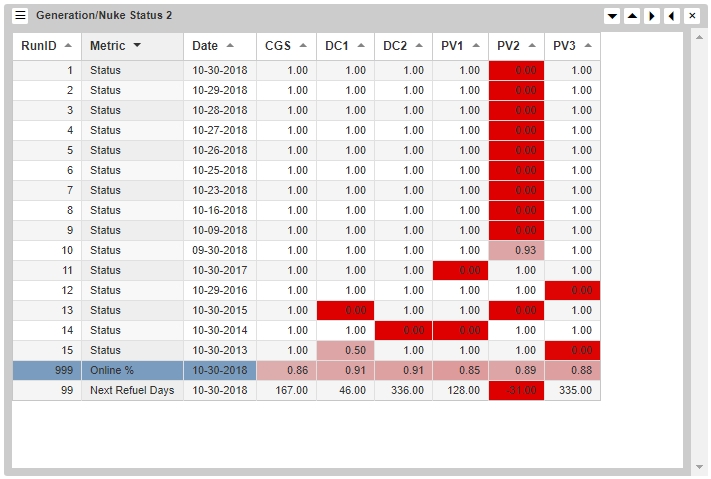 ISO gas outages continue to stack up with now more than 6,200 MW in total 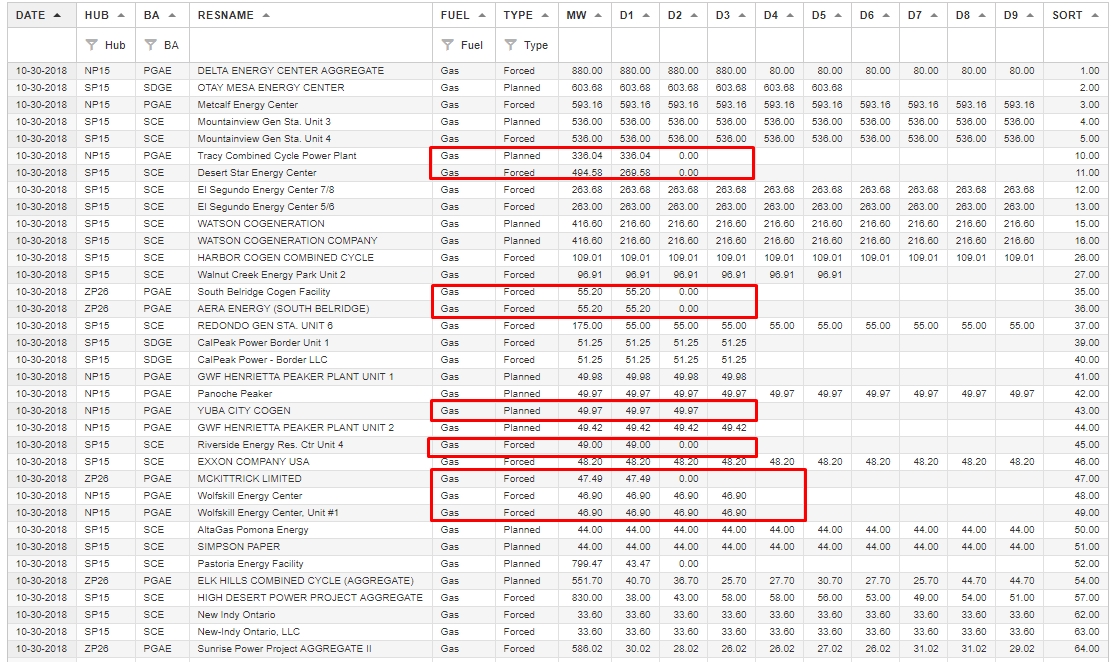 Many of the most recent outages were forced. 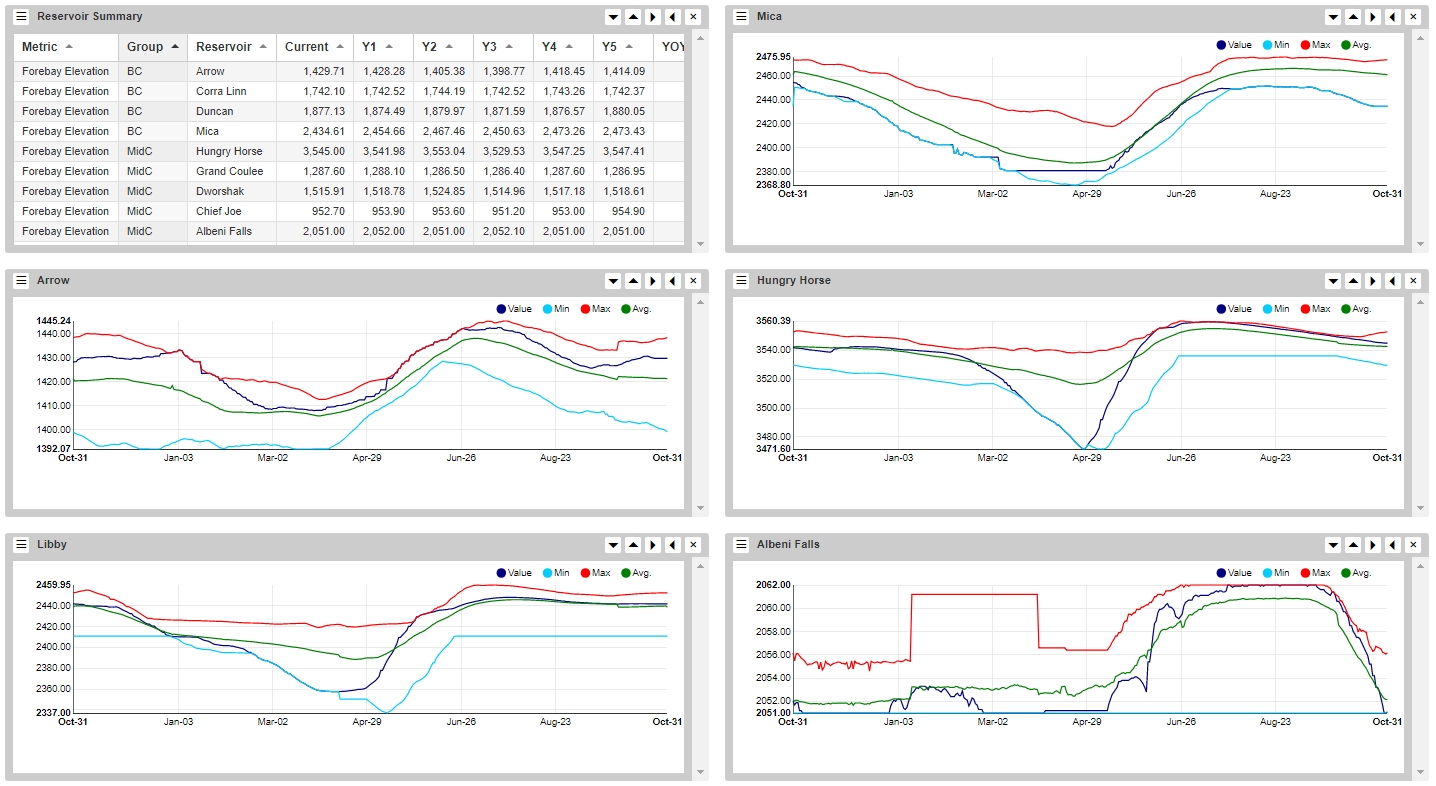 Mica is still setting new low watermarks though it has stopped decreasing after hitting 2,434.6′.  Arrow is sitting 8′ above average while Albeni Falls crashed to a new low at 2,051′, more than a foot below average.

A moderate amount of snowpack was added to the Idaho and Montana Rockies.  BC and Alberta continue to build on their early snowpack as well, while the Washington and Oregon Cascades sit largely bare. 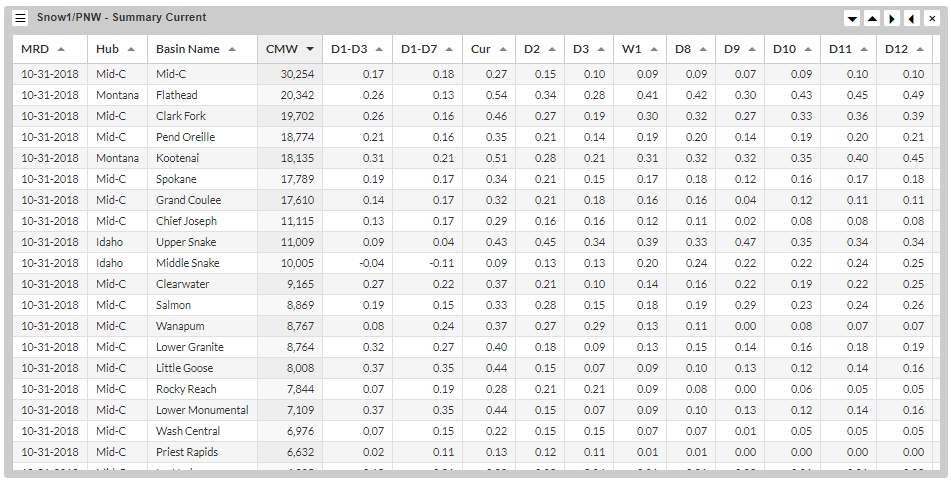 Little Goose showed the largest growth in Mid-C snow build.  Lower Snake was the only basin to show a week-on-week decline.

Big changes to note on the 5th for the BPA-COI line as TTC is scheduled to fall to 3,500 MW from 4,800 MW last week.  TTC will hover around that level through the 13th.

NOB remains down for maintenance.