The last three days of October brought on a 75 aMW decrease for the month, keeping the monthly forecast mostly intact.  November moved the opposite direction with an impressive 954 aMW increase, and December, January, and February followed that up with several hundred aMW increases of their own, each also representing the third-consecutive week of increases as well.

Aside from the fact that BPA needs the energy, this latest move is utterly nonsensical. The Northwest is amidst a draught, there is no plethora of rains or snow. Not that there won’t be, but as of today there are another 14 days of normal to dry in the forecasts; certainly not enough to drive these upward revisions.

November’s increases max out on the 6th and 7th where this week shows a 1,900 aMW jump compared to the previous forecast.  The rest of the month shows a slowly-diminishing line as the end of November wraps up with a 550 aMW week-on-week increase.  December holds much of that momentum, and the forecast looks fairly regular until January 9th where we see a return to 700 aMW daily increases. 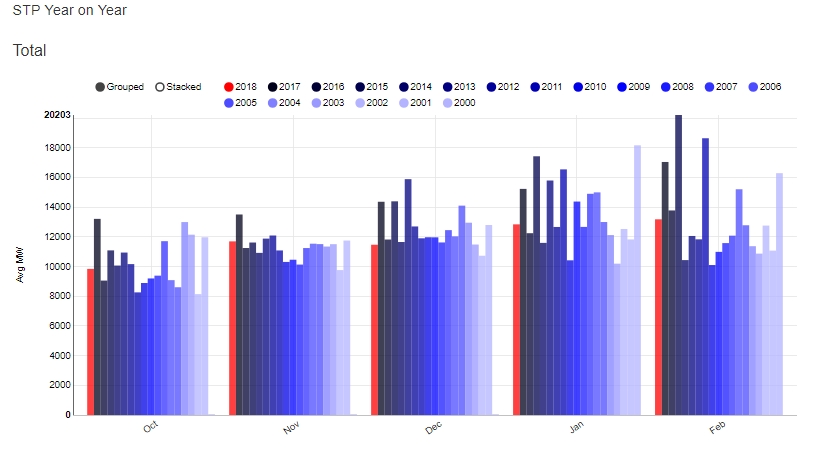 With October essentially in the books we can see where it finalized compared to previous years — right in the middle, at 9,839 aMW.  November’s 954 aMW increase pushed it above all but four years, and very close to the second-highest forecast for November this century.