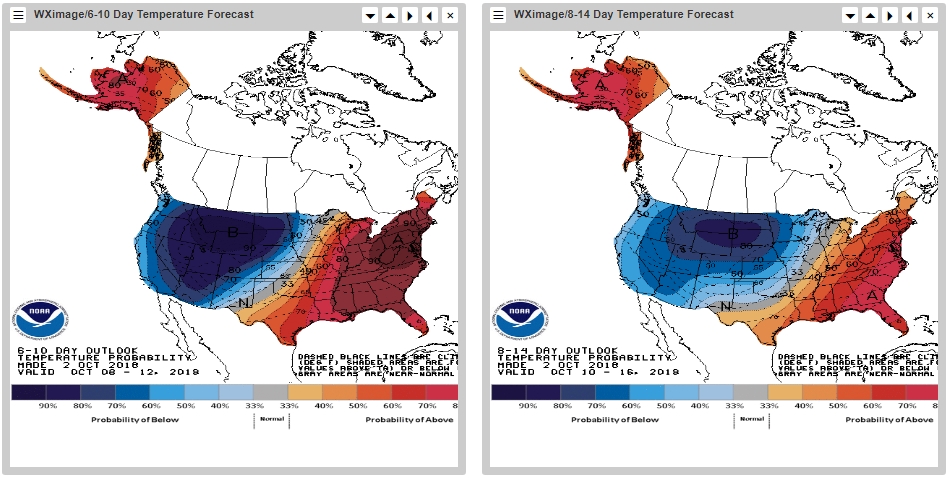 Autumn is making its appearance across the west, at least in terms of deviation from normal, as everything from the Rockies-West is looking cooler than normal for both this week and next week.  We may see temps creep closer to average in the second week of the forecast, but cooler weather should prevail. 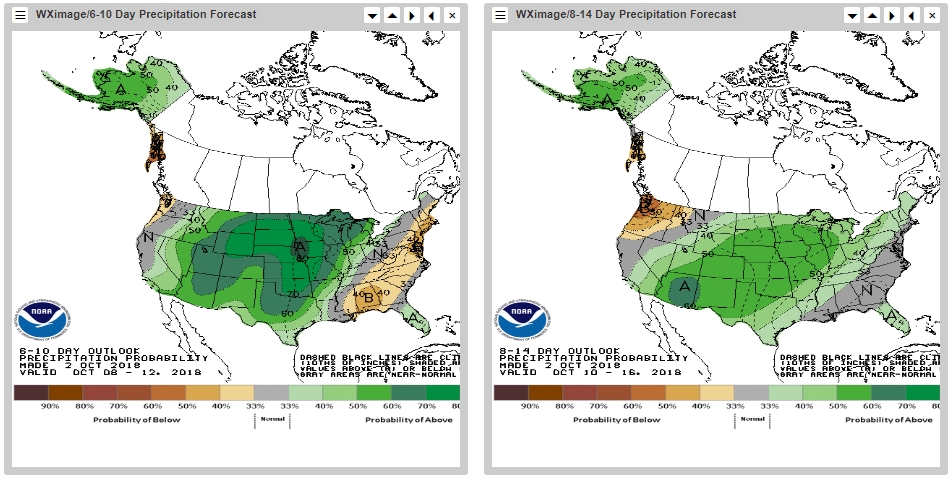 Despite unseasonably cooler weather, we won’t be seeing a wetter than average week in the Northwest.

The SP-PV day ahead spreads hit their peak with $13 of difference on the 2nd.  SP-NP were much closer as just $2 differed on the 2nd, with NP showing up with the higher price for the second-consecutive day.

November SoCal CityGate jumped $0.32 day-on-day yesterday after settling at $4.03.  Most other hubs showed a more subdued $0.10 increase over the same span of time, though EP-Perm moved just two cents. 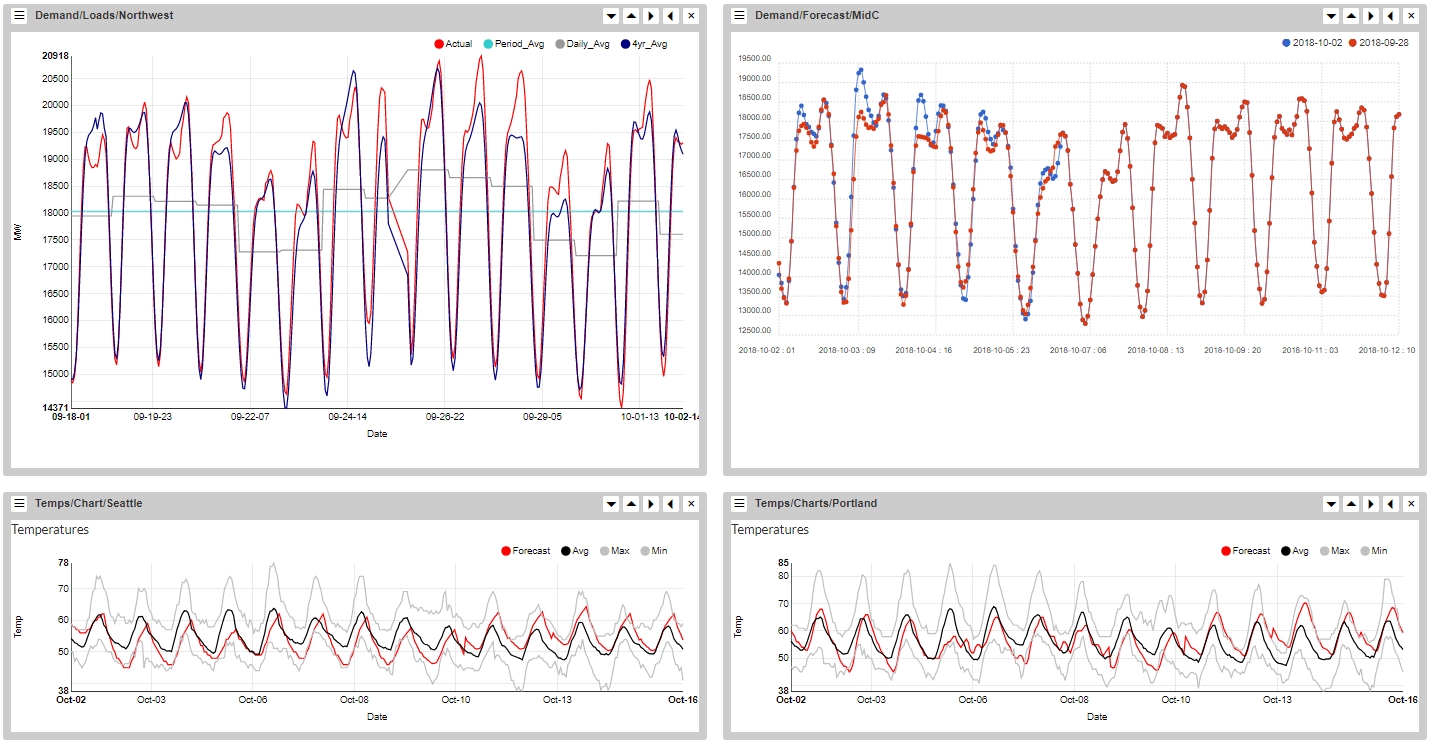 Seattle coolest weather, at least in terms of deviation from the mean, will show up on the 5th as the day’s high comes up six degrees shy of average (at just 57).  There is potential for a return to above-normal temps by the 11th.  Portland also shows a high of 57 on the 5th, but that checks in at ten degrees below normal.

Northwest loads were down a couple hundred MW day-on-day yesterday though off-peak demand was up more than 600 MW. 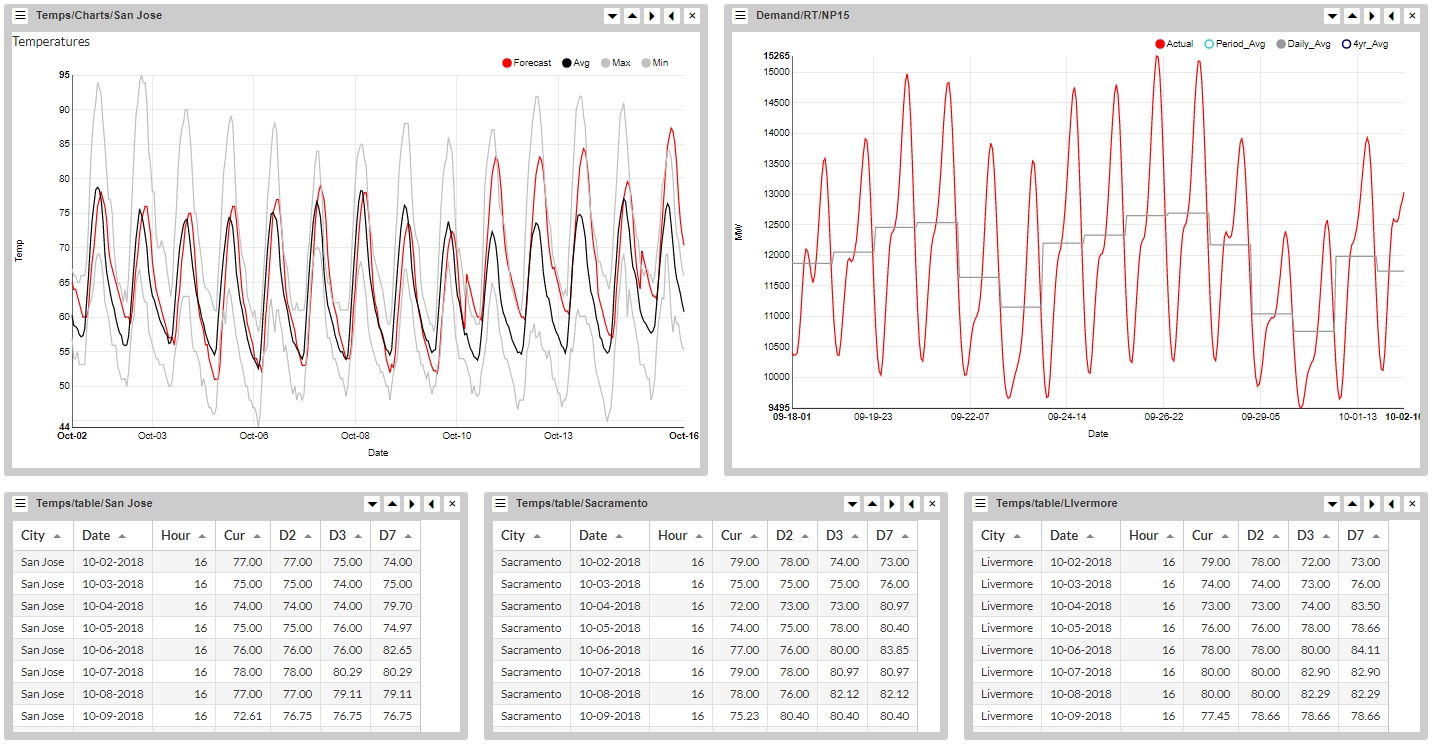 San Jose’s forecast is filled with daily highs checking in right at normal, at least until the 11th when temps look considerably warmer and may also mark the return of 80-degree days.

Sacramento projects neutral degree-days through the 10th as nearly every day settles with a high in the mid-70s. 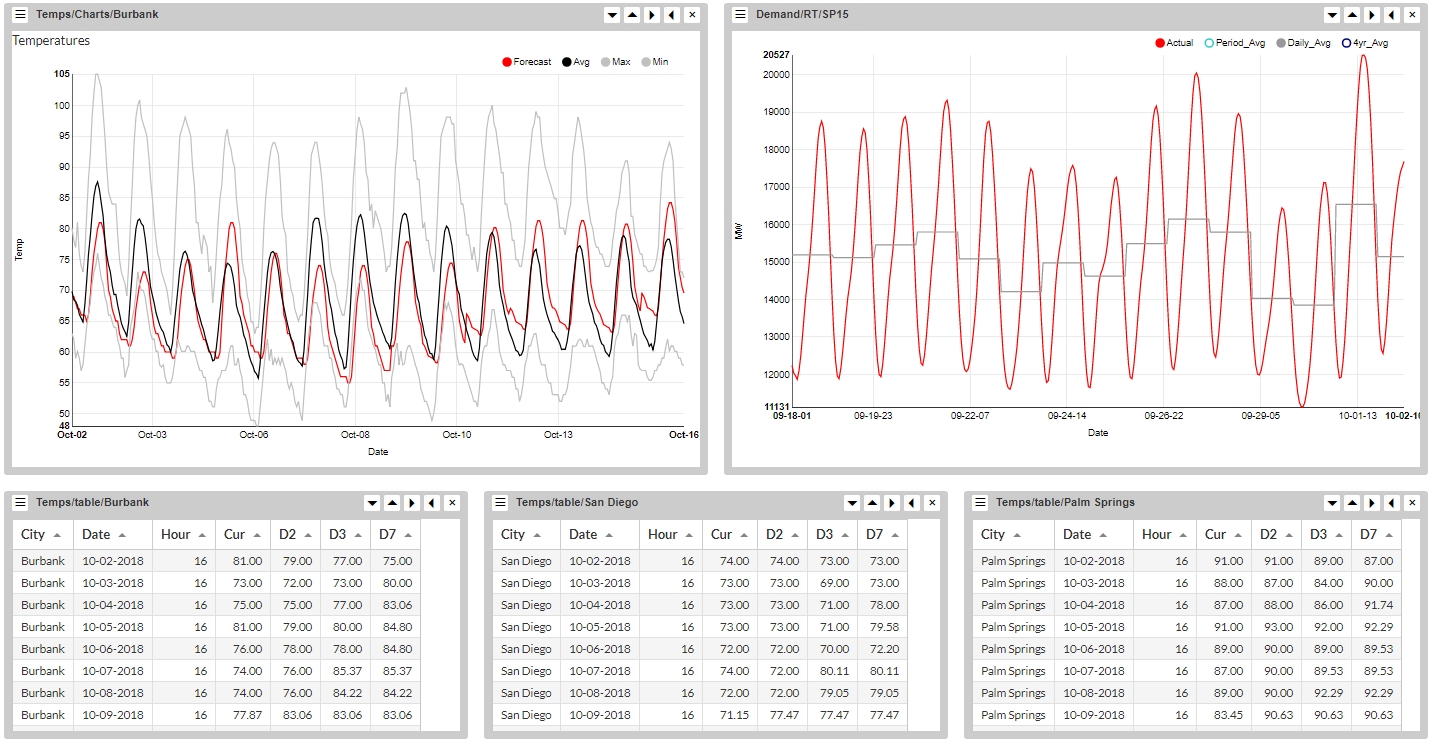 SP peak demand plummeted more than 3,000 MW at its peak yesterday compared to Monday, all this despite a week-on-week increase of more than 1,000 MW.

Highs are falling in Burbank along with demand.  Today is expected to top out at 73, nine degrees below normal.  Like much of the rest of the west, we may not see a return to above-normal temps until the 11th.

Unseasonably cool weather in Phoenix looks to prolong its stay through most of the remainder of the forecast.  Today falls eight degrees short of average at just 85 degrees.  Just one day over the next fourteen projects above 90. 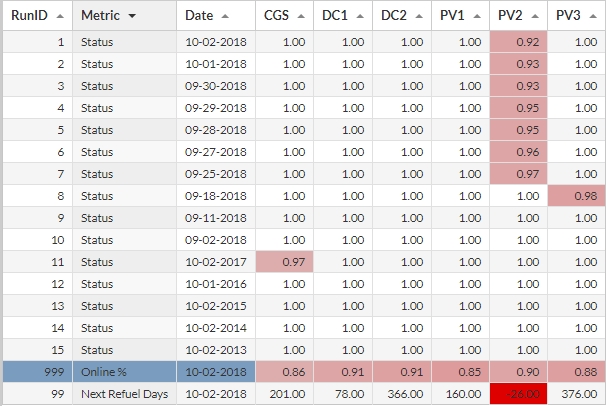 PV2 continues to run below capacity after dropping another percentage point yesterday to 92%.

SP-15 solar saw two straight days of solar growth and topped out at 6,533 MW.  Wind added another 1,562 MW at its peak equating to a productive day of renewable generation.

Mid-C wind had a dormant couple days after topping out at 1,367 MW on the 29nd but managed 680+MW yesterday. 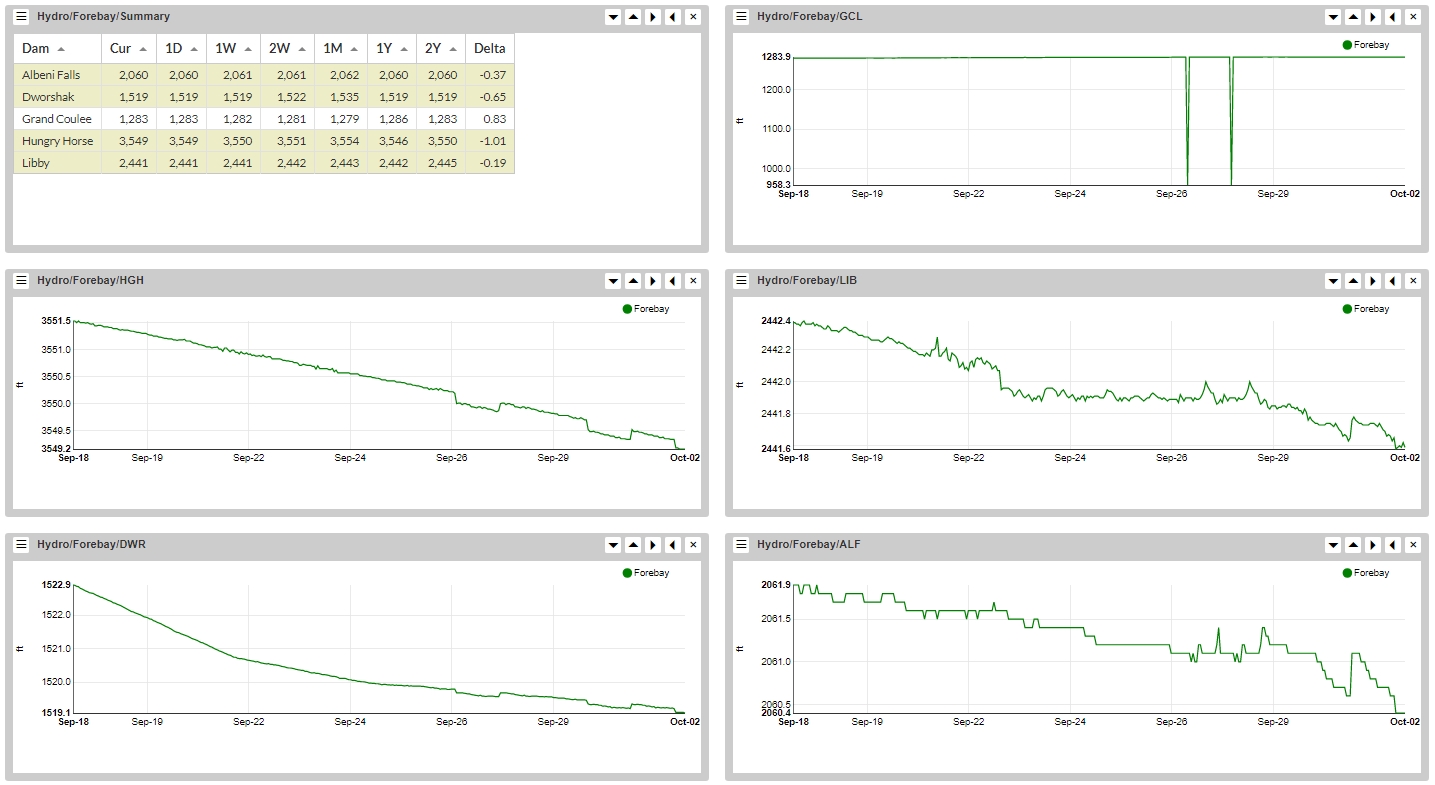 Grand Coulee added another foot since last week while Albeni Falls and Hungry Horse both shed a foot from elevation. 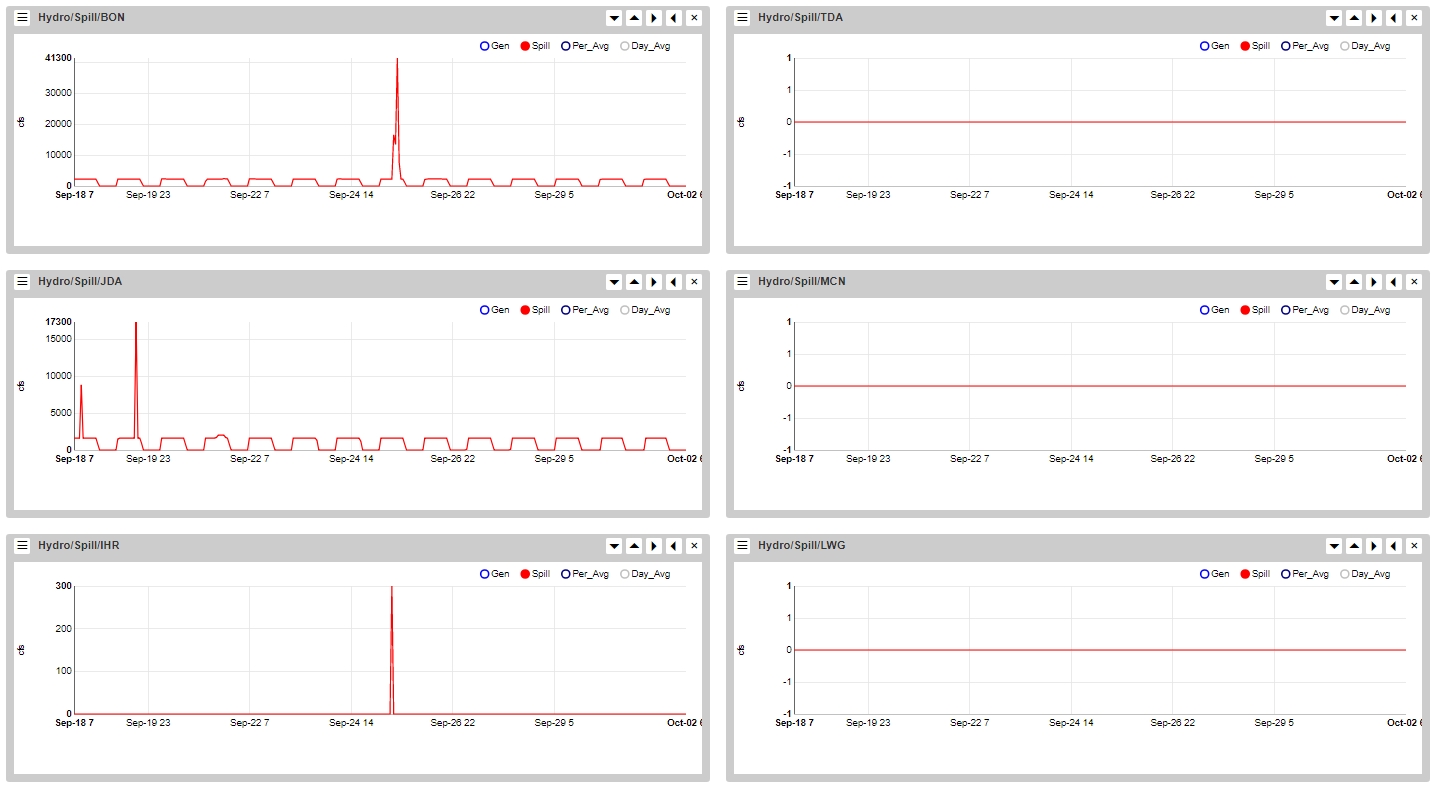 No changes to TTC in the BPA-COI line.

BPA-NOB shows a new reduction in TTC beginning on the 13th and running through at least the 17th.