It’s a stark difference from last week’s forecast, at least in terms of change, as September is the sole month to show a week-on-week increase.  With just a week remaining in the month, it’s too little too late to make much of an impact, however.  October through December show cuts from 878 aMW to 980 aMW, all significant and all reversals of last week’s increases.  January also got a reduction as we now are able to see a forecast for the entire month.

September’s gains show up over the next few days before again falling behind last week by the 28th.  October paces well below last week for the entirety of the month, and November expands beyond even October reduction by showing a massive 3,200 aMW cut as of Nov-7th.  The rest of November has a fairly moderate cut, while slowly growing to another large reduction in December. 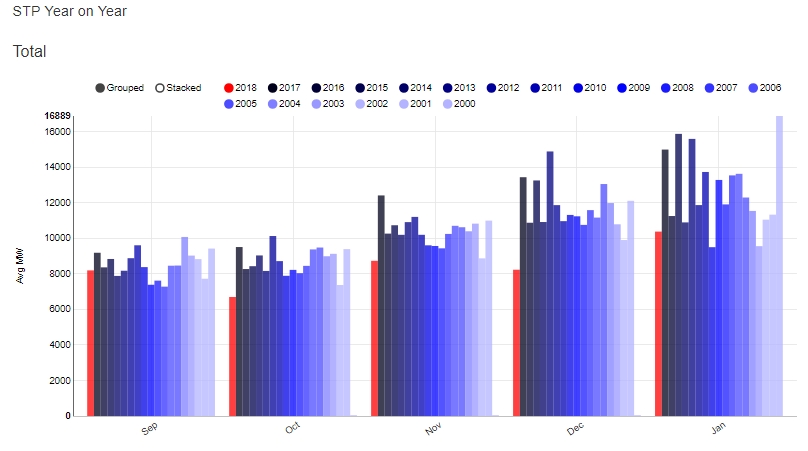 September now appears average thanks to this week’s increase, though October through December run well below any other year from this century.