Another week, another massive drop in September’s forecast, this time at 724, the fourth-consecutive weekly decline.  October bucked that trend this week with a modest 245 aMW increase, but the real excitement happened in November where 882 aMW was tacked on this week, moving the forecast to more than 2,000 aMW higher than it was just two weeks ago.  December managed a 458 aMW increase, but it wasn’t enough to wipe out last week’s drop.

September drops off immediately (by as much as 1,100 aMW), and sustains that decrease through the 26th where the week-on-week decline tapers off.  October shows an immediate increase on the first but slowly declines to a neutral change by the end of the month.  November’s increase peaks at 1,800 aMW on the 16th and never falls below 600 aMW from the 2nd-30th.  December shows all of its increases during the first two weeks of the month. 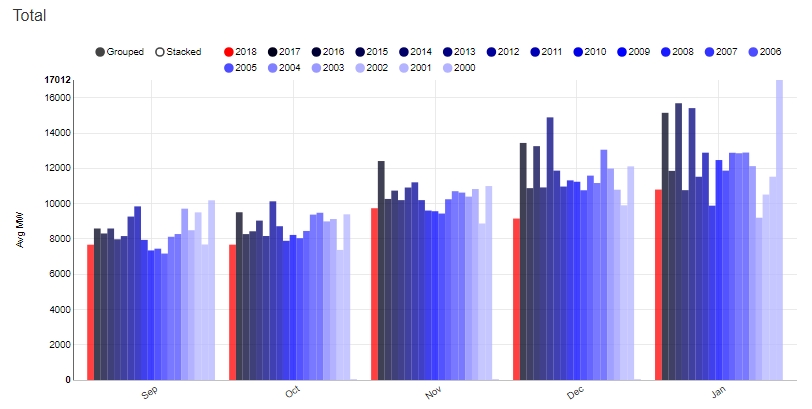 September’s haircut pushed it below most years as it now tops only ’07-’09.  November has now managed to jump ahead of four different years with the latest increase.