I suggested using EIM settles might work as a proxy for an hourly index. After running some numbers, I think it still might.

The test covered from Jan 1, 2017, through Sep 4, 2018. The EIM price is the average of the 12 hourly ticks, excluding the two smallest and biggest (8 ticks per hour). The MidC index is comprised of Puget, Portland, PacWest, and Powerex (Powerex started in April 2018). The average EIM HL price during this period was $22.77 while the average ICE settle was $29.74. If you exclude the blow-out prices this summer, the delta drops to about $2.00 (EIM still under). 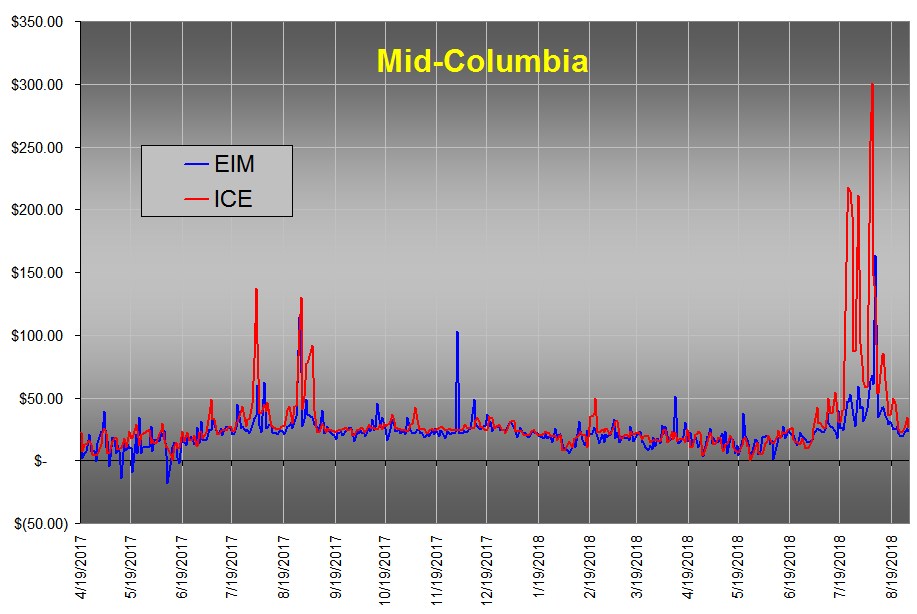 Most of the year, the EIM Index tracks the daily settle, though in bullish markets it lags. Of course, this is not apples-to-apples, the Daily Settle is a forward of a sort, and the hourly market prices reflect the reality of that hour. A better comparison would be against the hourly settle, but we don’t have that dataset.  The correlations, however, are positive and not statistically irrelevant. All hours had an R-value of 0.62 while the period after Powerex joined jumped up to 0.68. Again, the correlations should be against hourly.

We also looked at Palo Verde; the difference is there is only one entity, AZPS,  participating.

The Deltas are more prominent and the correlations lower, but same issues at Palo as MidC. Half of the delta is explained over two weeks this summer. 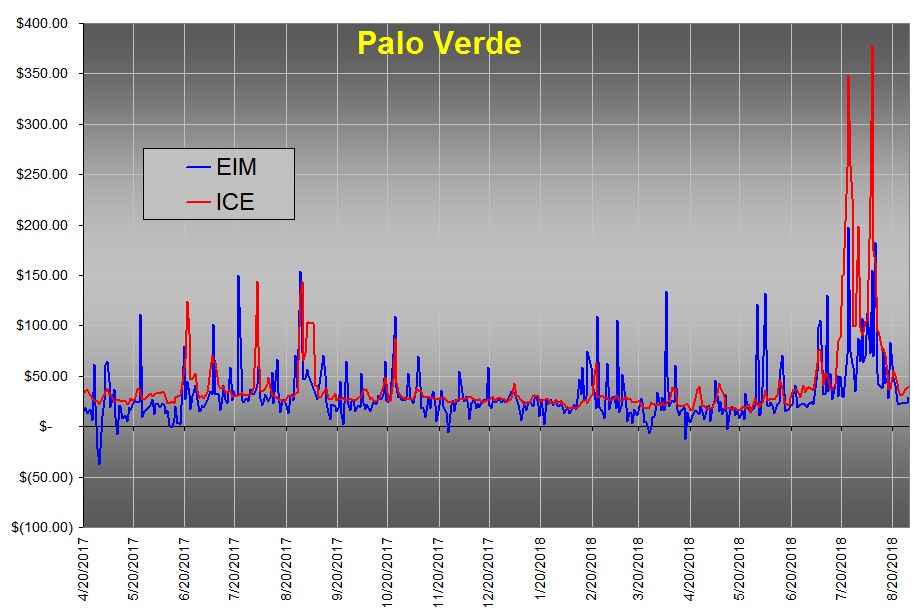 We suspect you get an even better index if you average in Nevada Energy and even PacEast.

Drop us a note if you’d be interested in seeing Ansergy publish an Hourly Index using this approach.