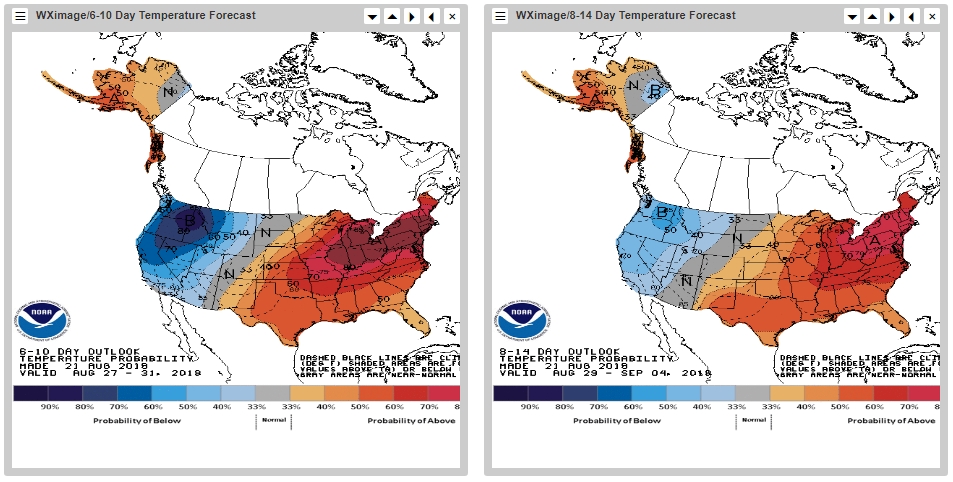 It’s a stark contrast to last week’s temperature anomalies as we get a look at what may become the first hint of autumn looming on the horizon.  The Northwest in particular will get the brunt of cooler weather, especially in the coming seven days, but there is a significant chance of cooler than normal temps for all of the WECC. 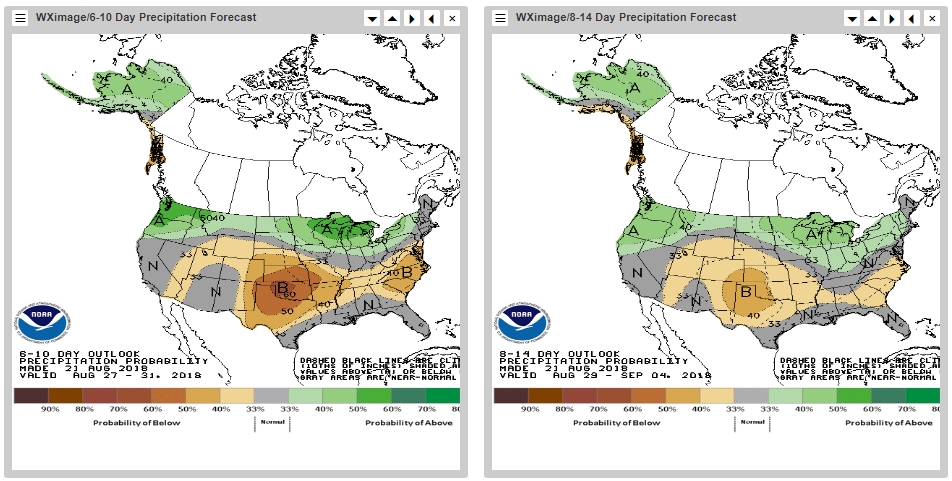 No surprise to see precip in the forecast as well considering the cool temps in Mid-C.  It’s a definite sign of things to come. 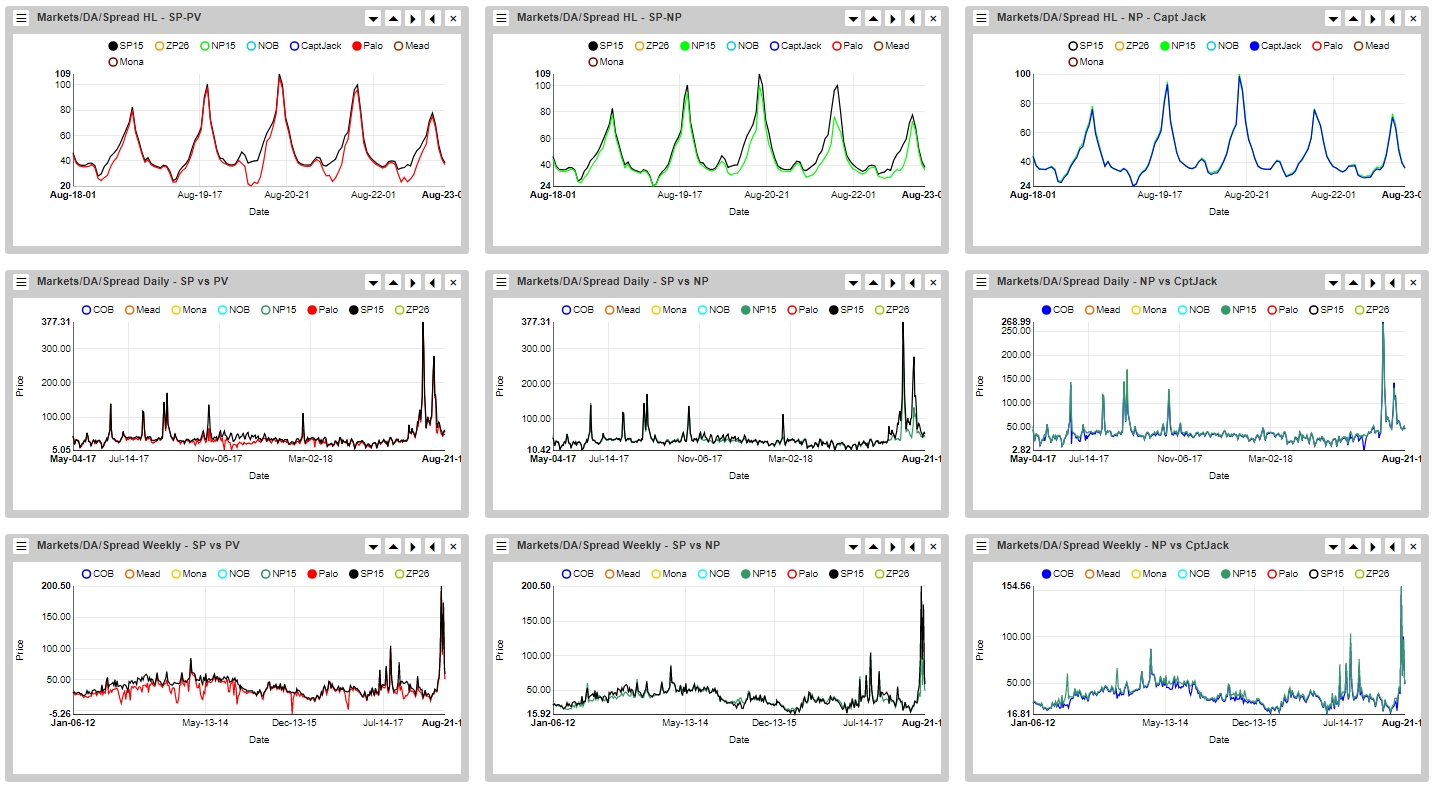 Day ahead prices peaked at $109 at 7 PM on the 20th and varied by just $3 with PV.  Prices came off close to $10 yesterday with PV dropping accordingly as well.  SP-NP continues to show much more congestion as the 21st suggests in the chart above. 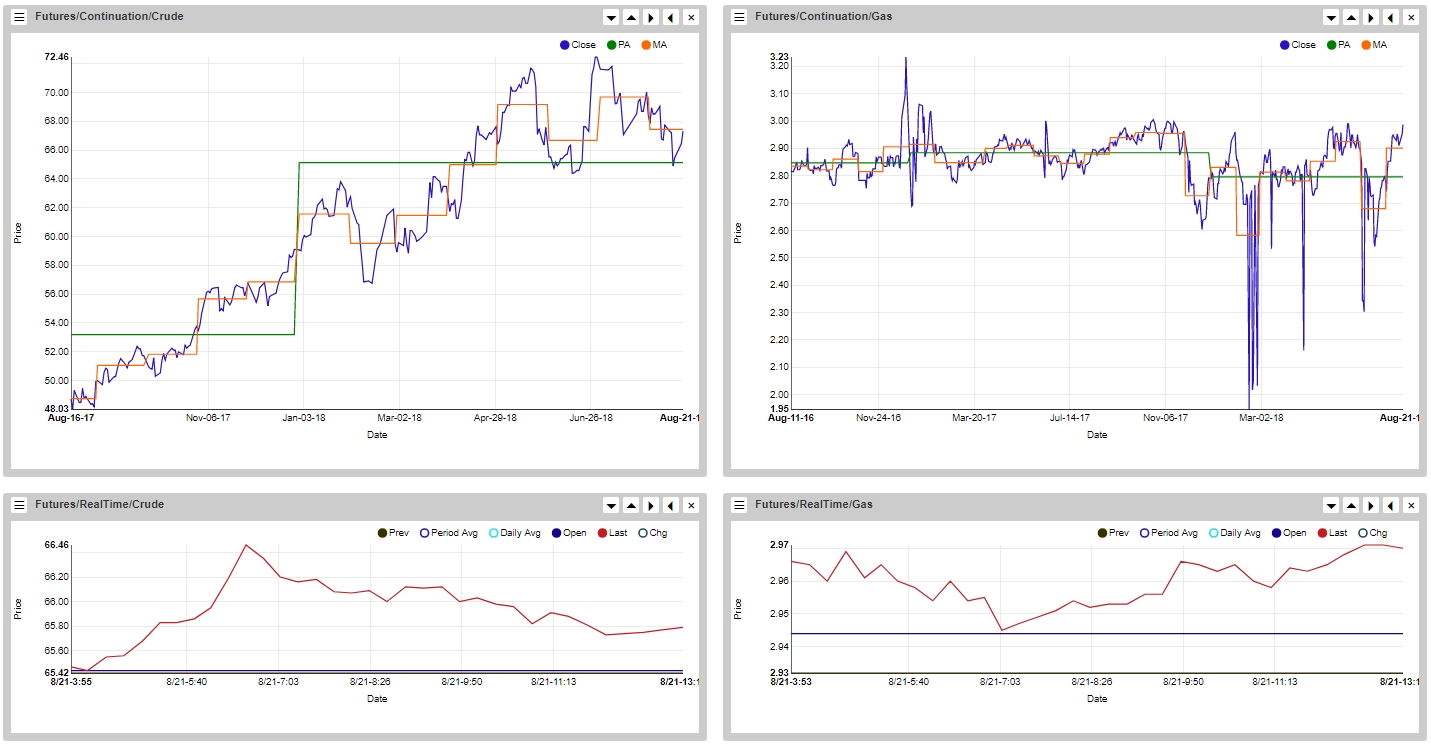 Crude climbed as much as a dollar yesterday before finishing up $0.60 by the end of the day.  Gas had just a penny of movement and finished up half a cent. 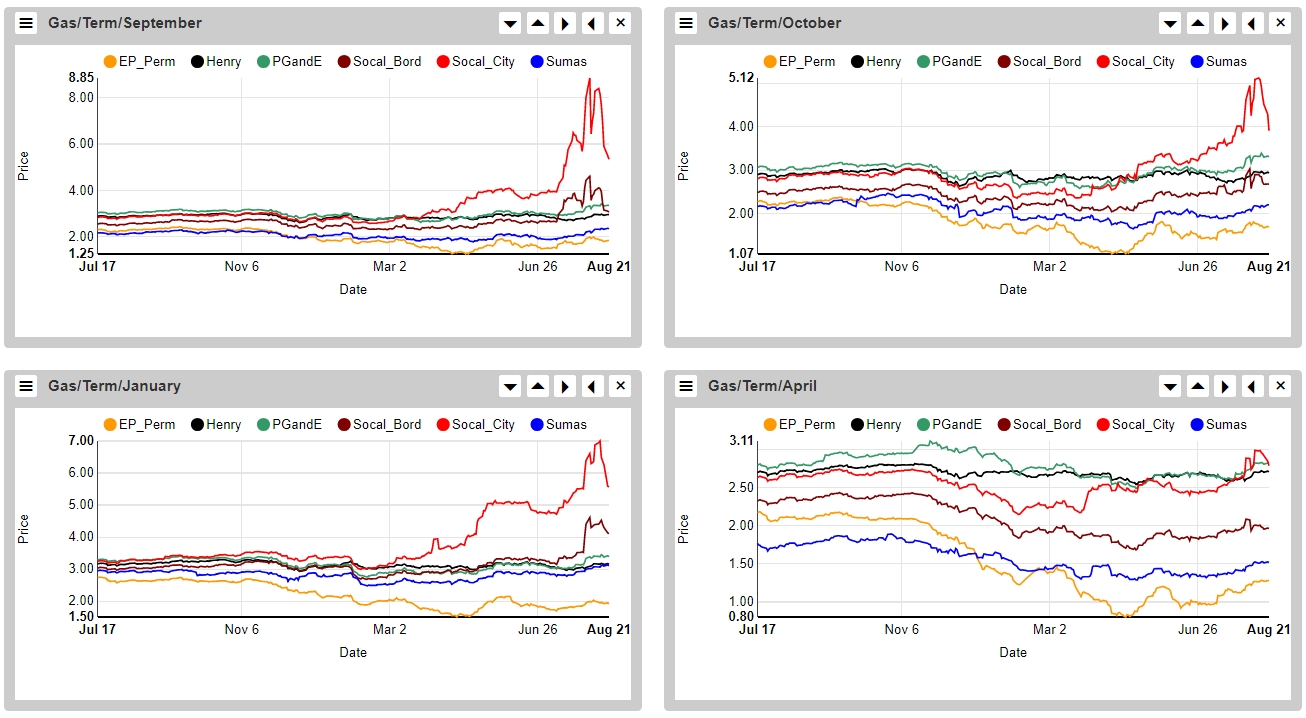 SoCal Citygate September came crashing down this past week after reaching $8.40 on the 13th and settling at $5.34 yesterday.  October and January followed a similar path with $1.20 and $1.50 erased this past week respectively. 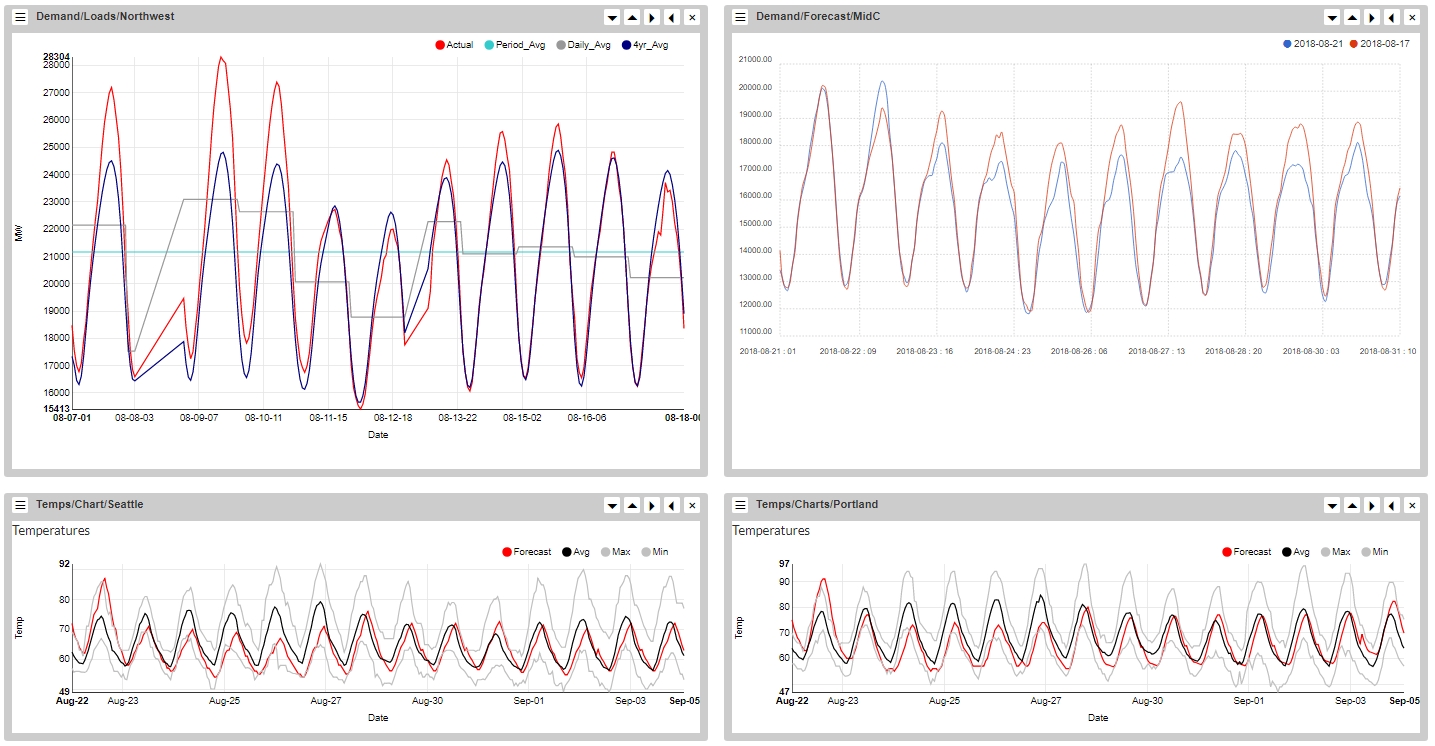 Today will mark the last above-normal day for a while in Mid-C as Seattle tops out at 87 and Portland at 91.  Seattle is forecasting a chilly high of just 67 by the 26th, and there isn’t another day in the 80’s in the foreseeable future (in fact, just one day above 75 in the next two weeks).

Loads followed the cooldown pattern with peak demand falling each of the last two days. 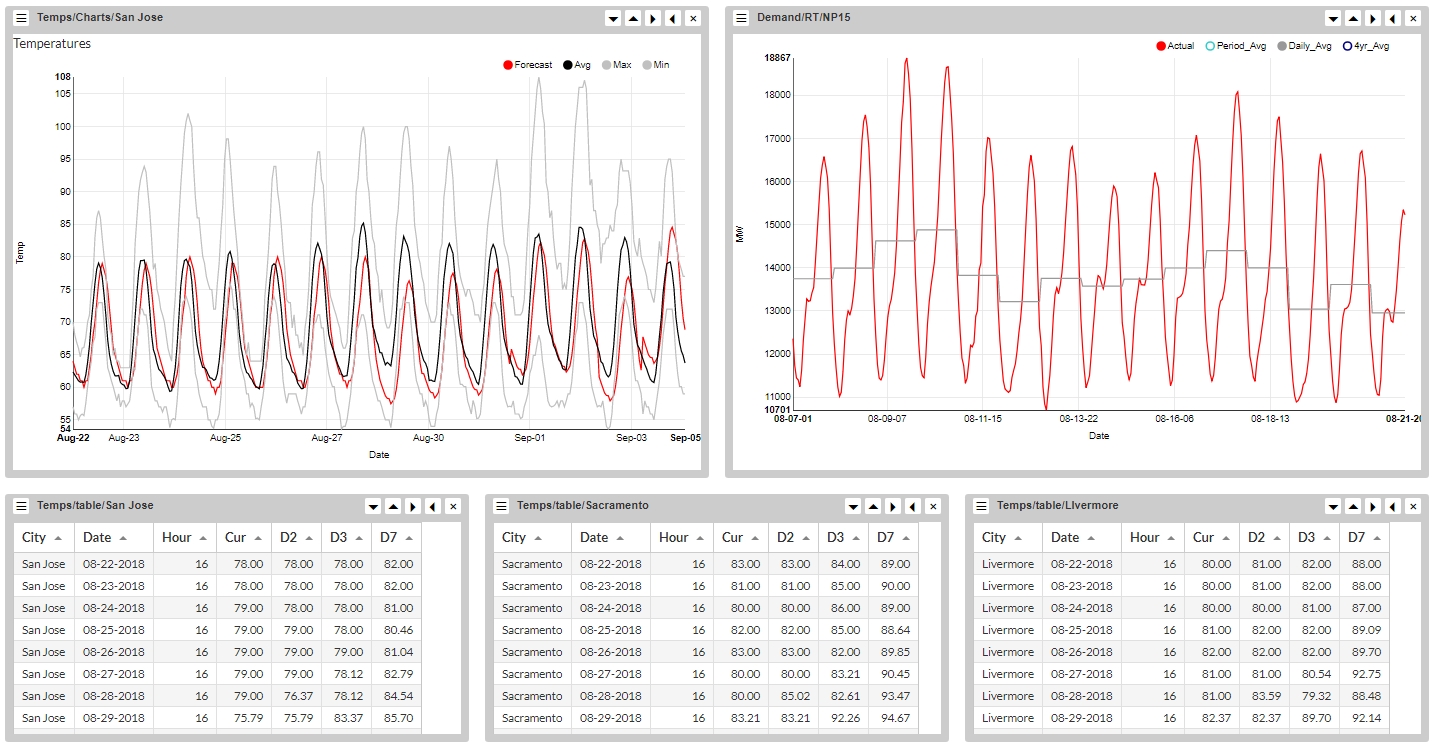 San Jose is projecting temps at or below normal through the entirety of the forecast.  The 29th marks the lowest-high in the forecast at just 76 degrees. 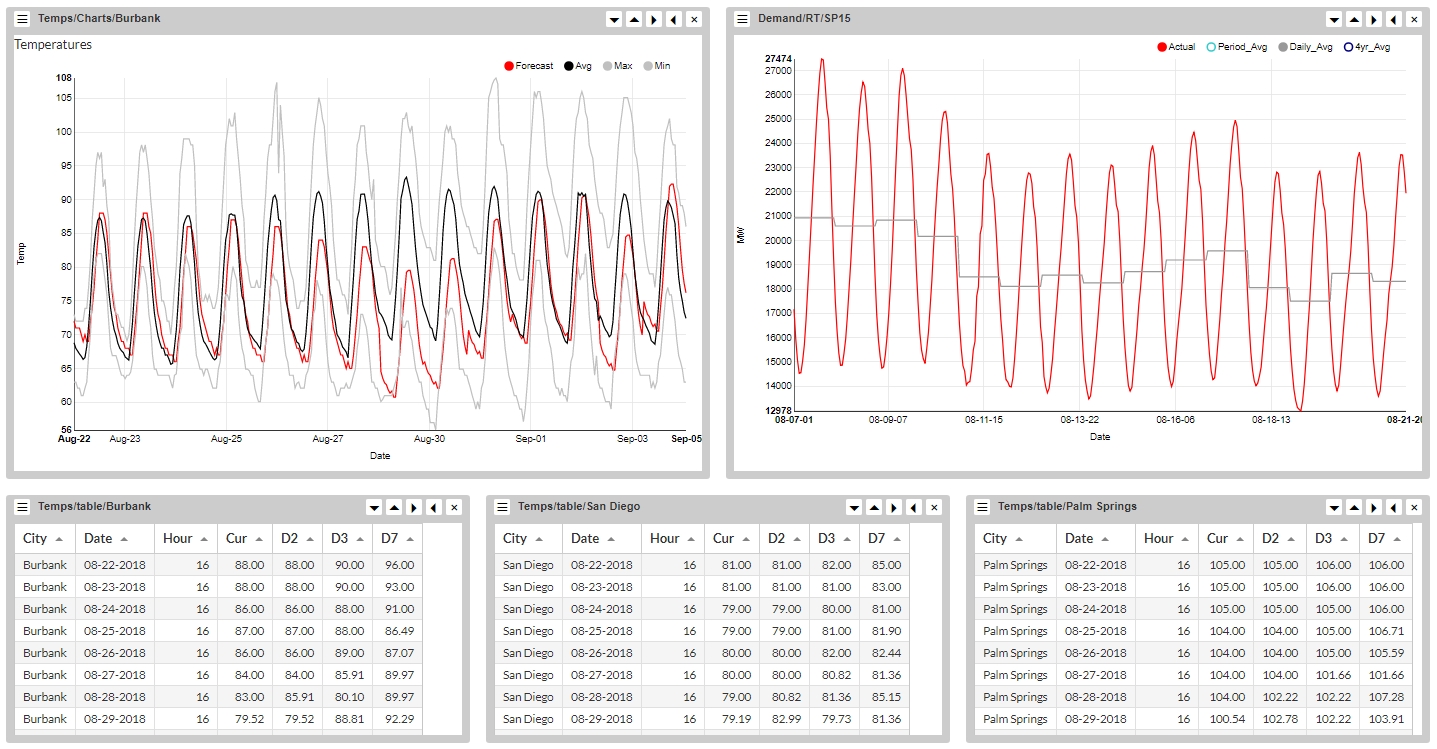 Burbank isn’t projecting another 90-degree day until September and shows a deviation from average by as much as 13 degrees (below normal) by the 29th with a high of just 80 degrees. 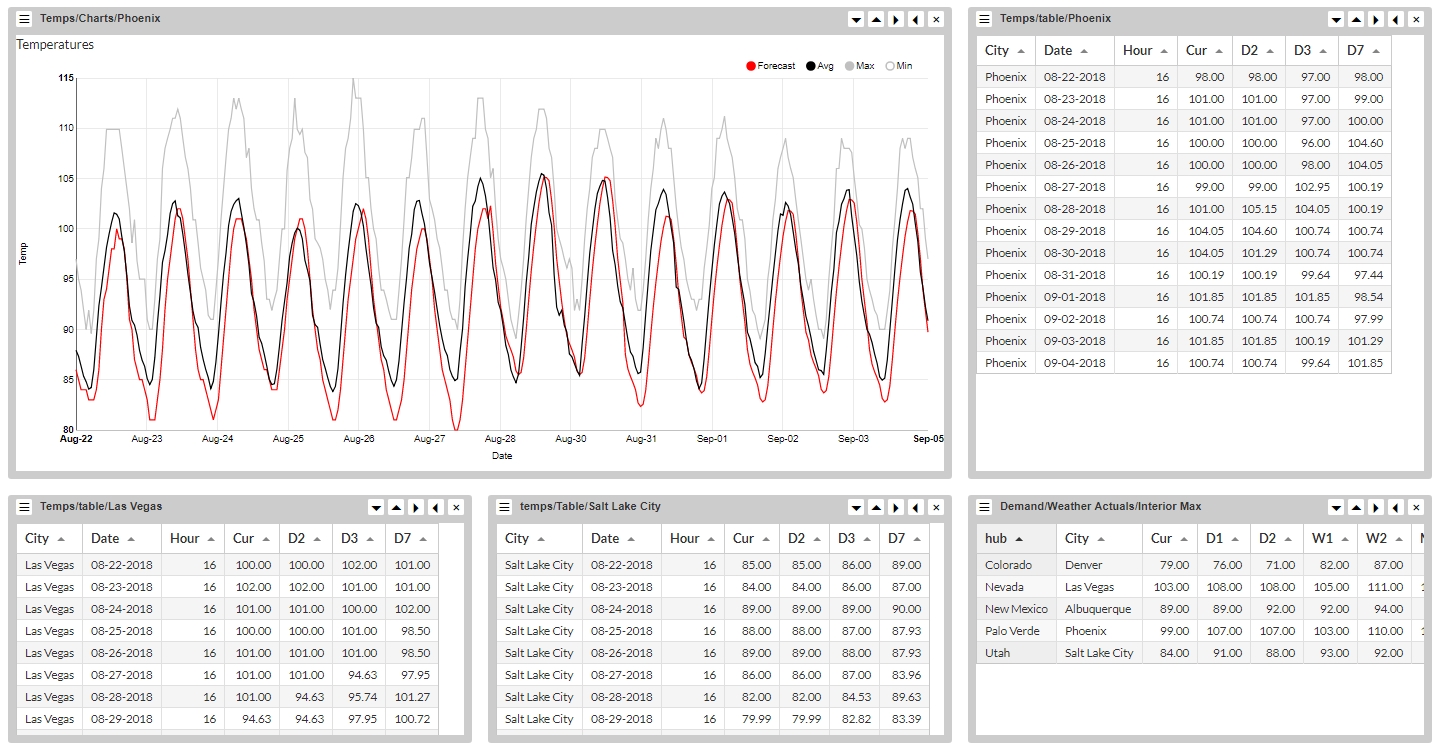 Phoenix doesn’t show as much of a cooldown as the rest of the WECC, at least those stations west of PV.  Temps should remain in the triple-digit range, but never deviate more than a couple degrees from normal in either direction. 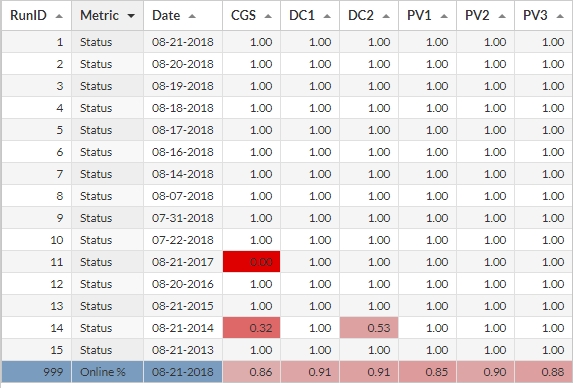 Mid-C gas noms are holding their year-long peaks for eight days straight now, though it is slightly off from last week. 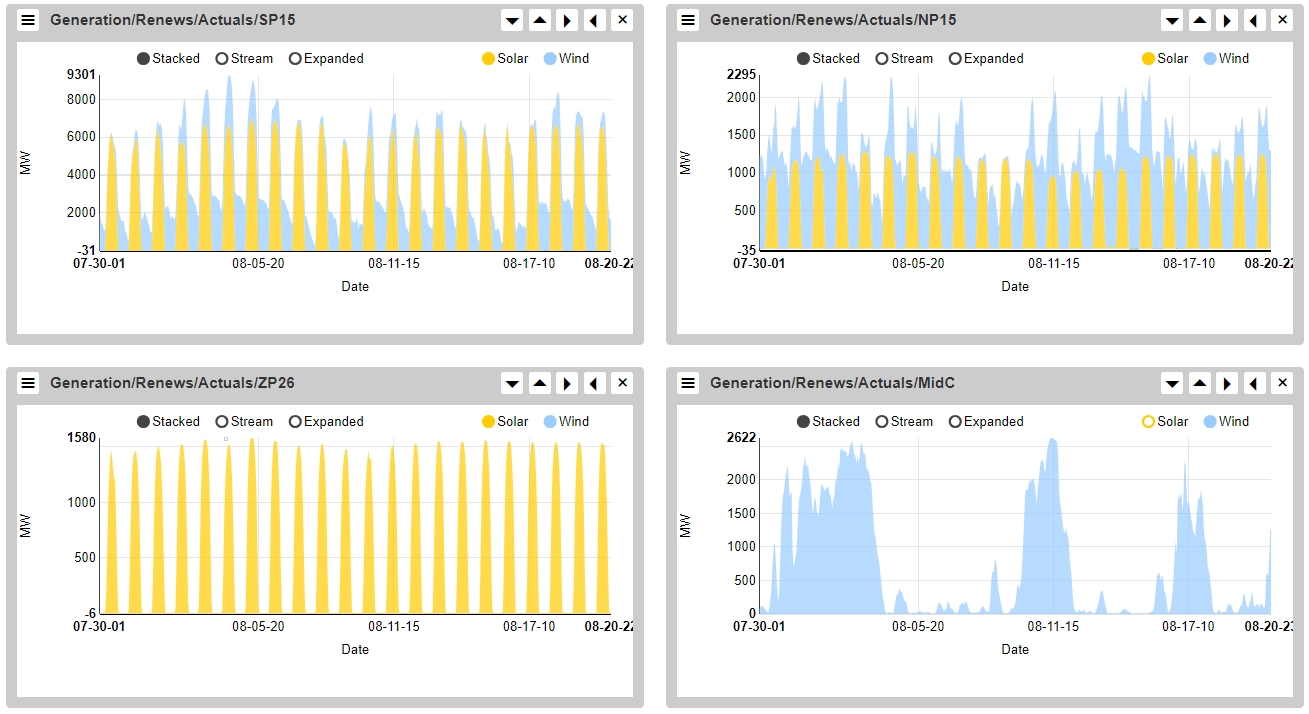 SP-15 solar recovered well from last week’s sub-6,000 MW peaks as each of the last four days five days  topped out above 6.500 MW.  Mid-C wind gained steam at the beginning of the week after a quiet and calm weekend. 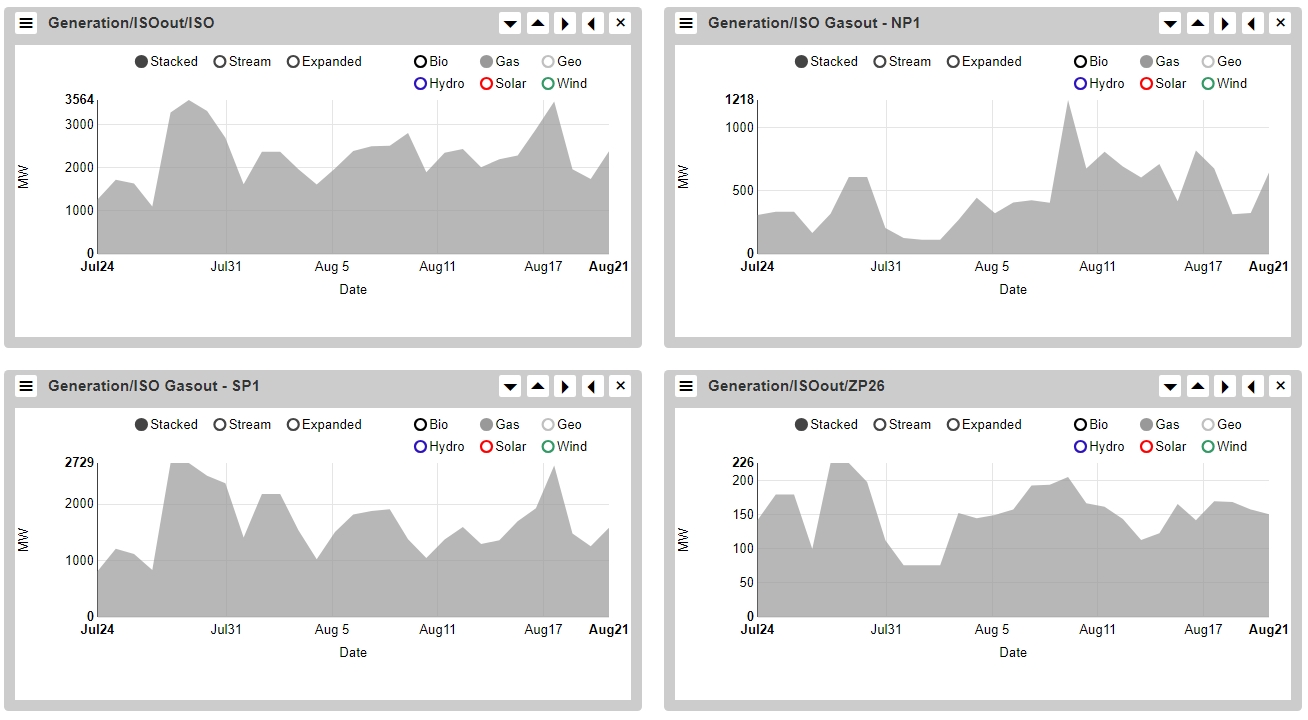 Grand Coulee raised half a foot in the past week while Hungry Horse, Dworshak, and Libby continue to draw on their reservoirs as 1′, 9′, and 1′ has been spent respectively.

The COI’s jump back to 4,800 MW we saw last week has been extended for at least another week (as of today).

Meanwhile, no changes for NOB this week.