After a 215 aMW increase last week, August followed that up with a massive 1,024 aMW jump in the most recent forecast.  September increased 260 aMW, while the latter three months all saw week-on-week declines in their forecasts.  Both October and November dropped for the fourth-consecutive week.

August’s increase began on the 20th and runs through the end of the month, though we see smaller carryover roll into September as well.  September’s largest daily increase shows up on the 11th with a 1,600 aMW boost.  The remainder of the forecast lacks much in terms of dramatic changes. 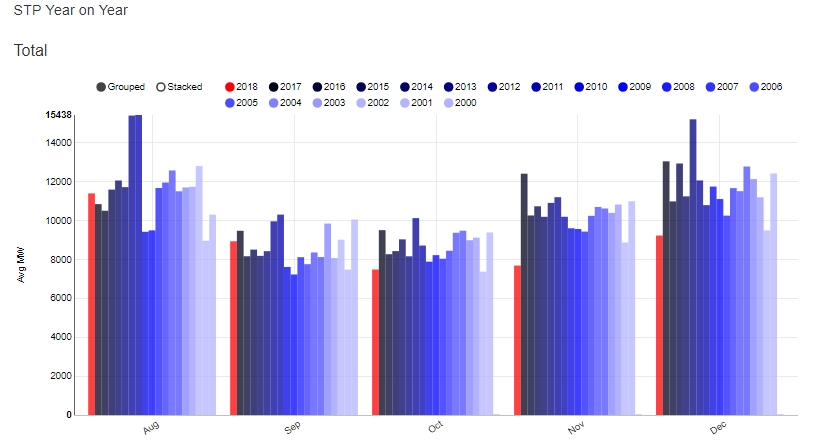 This week’s increase was enough to solidly place August ahead of each of the past two years.  September remains as one of the higher years this century while both November and December continue to pace far behind.