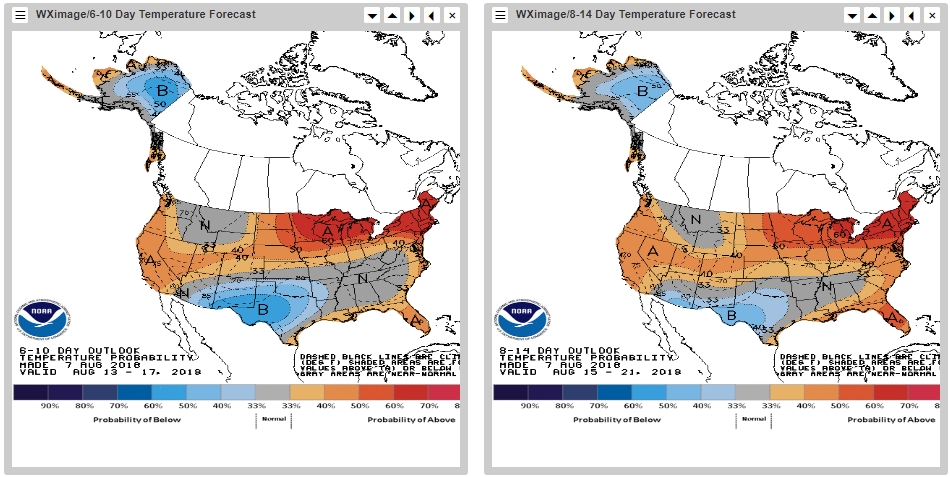 Interior Mid-C is forecasting normal temps in the aggregate over the next two weeks (though you might not guess it based off the remaining forecast for this week).  California continues to project above-normal temps while Arizona and everything east could see a slight cool-down. 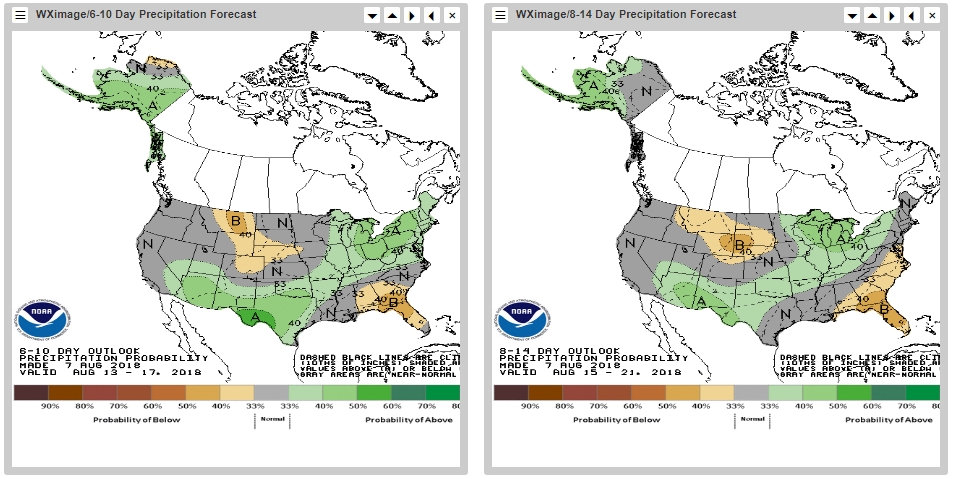 It’s dry as can be everywhere outside of the occasional Arizona and New Mexico thunderstorm. 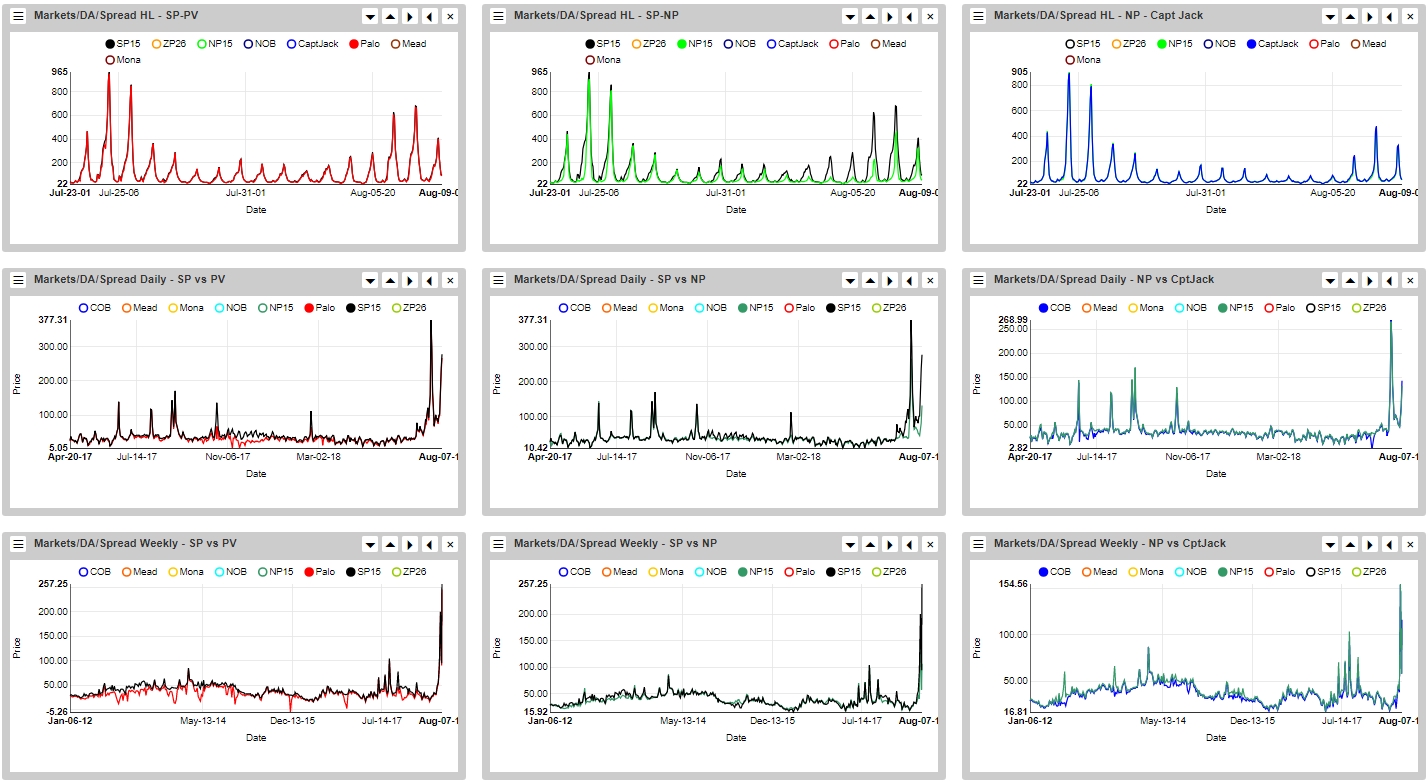 Day ahead prices shot up again on Monday with SP-PV prices topping out with a difference of $19.  SP-NP was much more dramatic as prices varied by as much as $390. 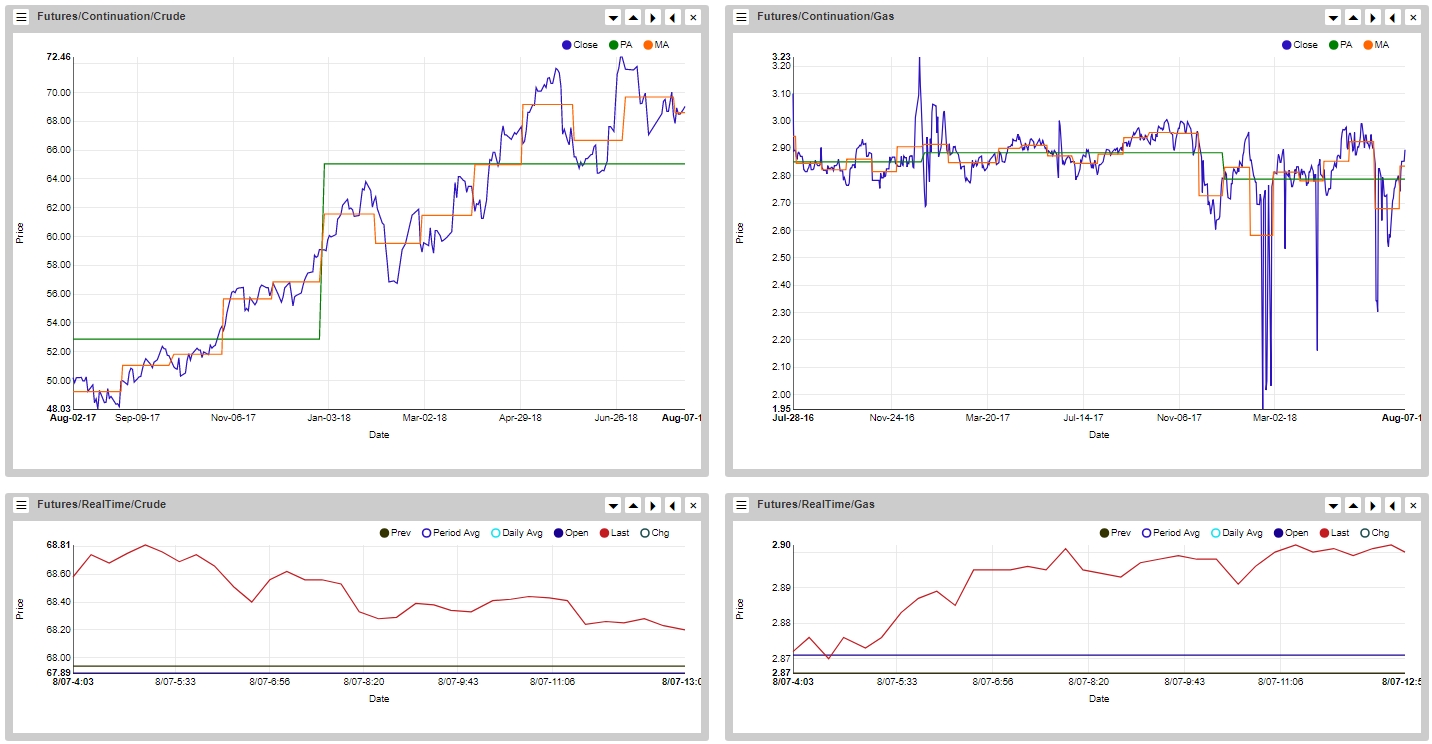 Crude varied by $0.40 yesterday though just 20 cents from open to close.  Gas moved the opposite direction with a 3-cent increase. 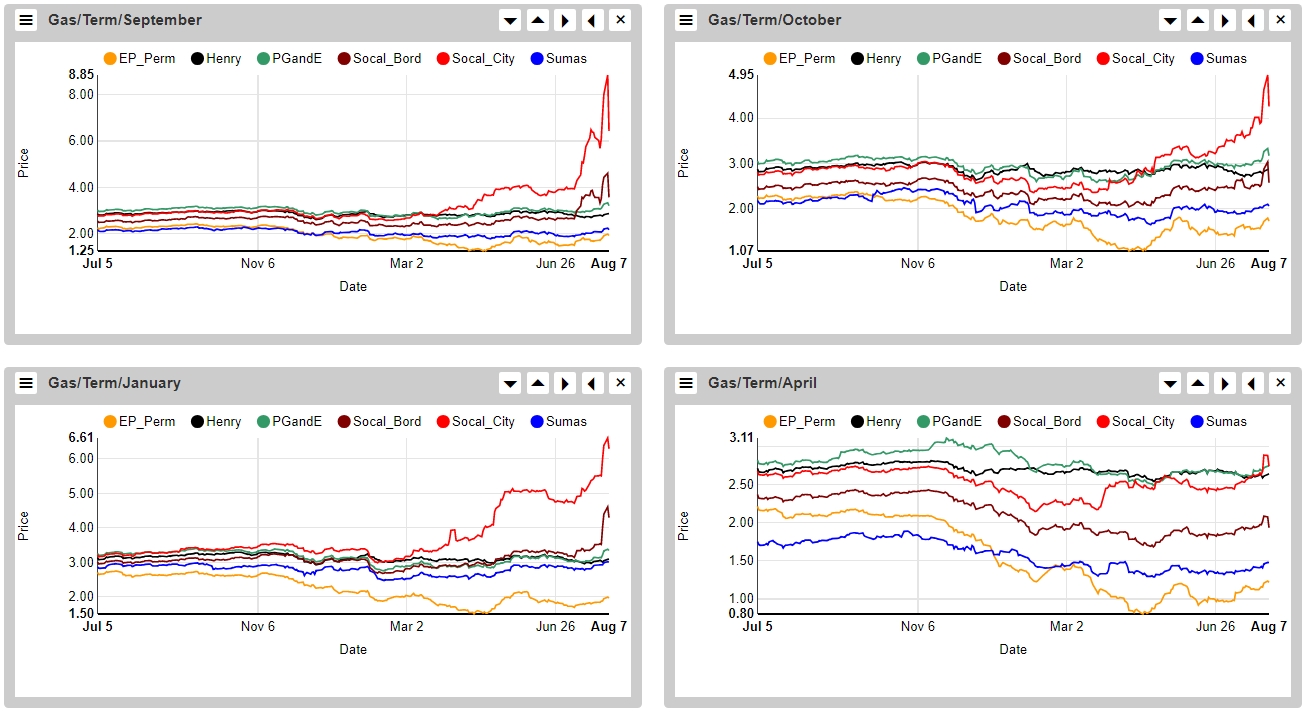 September Citygate dropped $2.40 from its price yesterday, a sharp contrast to last week’s climb that culminated on Monday.  October had a more subdued but still notable drop, and January showed some reverberations as well.

Citygate is back into the $20’s after falling into the single-digits last week, reaching over $26 yesterday.  Sumas had a relatively dramatic increase day-on-day as well with $0.46 tacked on to bring its price just shy of $2.00

Southern California storage has managed to stay above 0 for all of August though yesterday dipped below 50,000 MCF.  Northern California is another story as withdrawals have seen heavy activity with yesterday tipping the scale at 854,000 MCF. 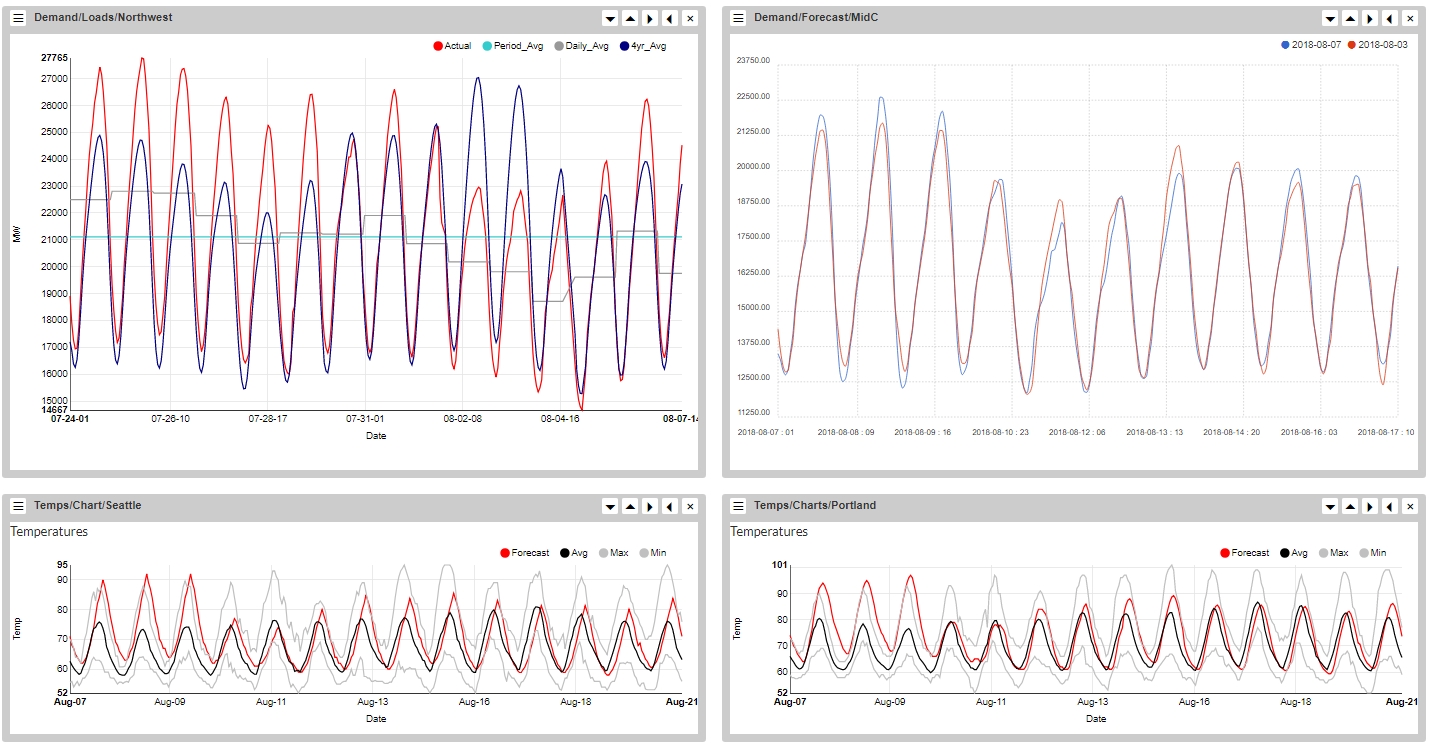 Summer is showing no signs of slowing down this week in Mid-C as Seattle tops out in the 90’s for three consecutive days (starting today), and Portland reaches as high as 97 by Friday, 23 degrees above normal.  While it may not run demand as much as Seattle or Portland, Spokane is forecasting one of its hottest days in years at 103.

Yesterday’s loads increased over Monday as temps climbed hour-on-hour, though the peaks were comparable to last week.  Keep an eye on light load over the next couple days as the area is unable to shed the day’s heat. 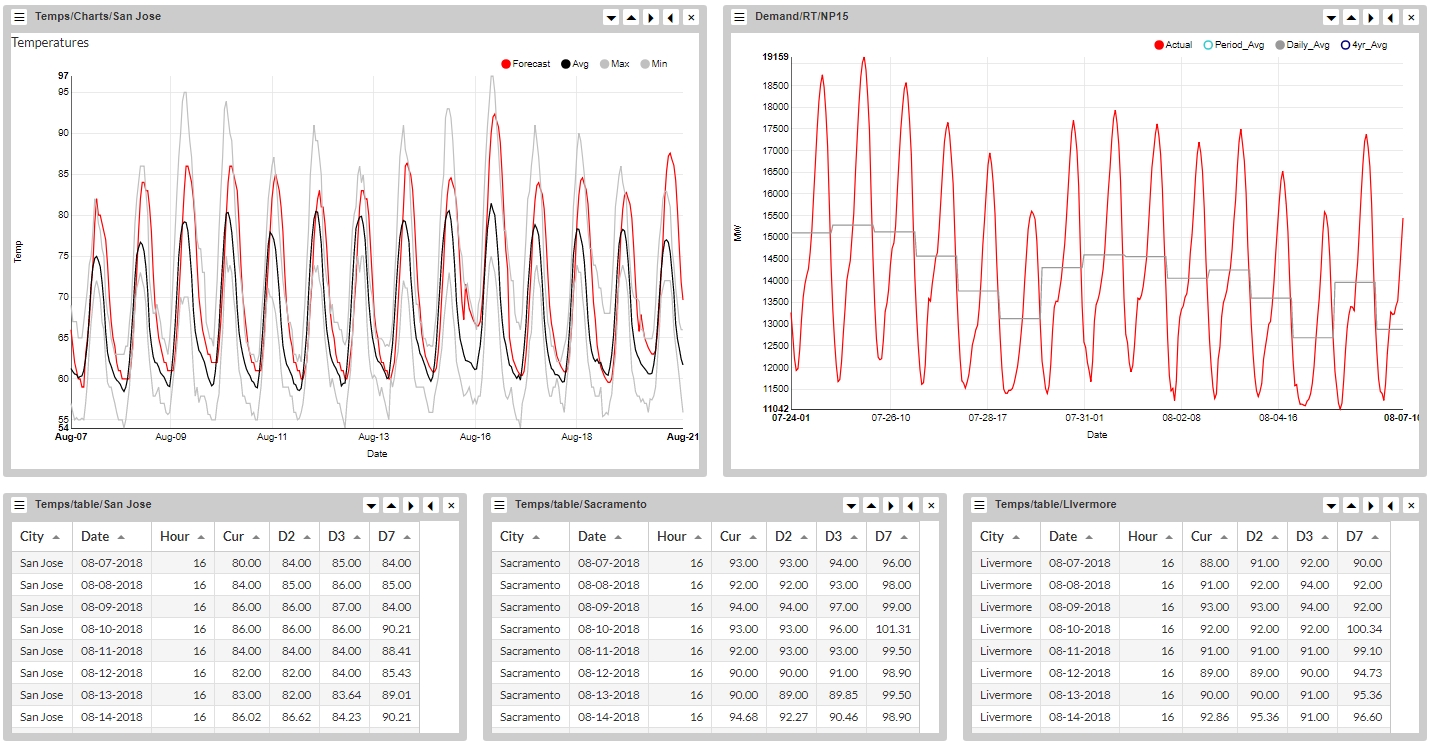 Demand decreased in heavy load though it managed an increase in light load.  Loads were also down week-on-week mark.

San Jose’s forecast remains above average with today topping out at 82, seven degrees above normal.  Highs will continue to rise into the upper-80s moving into the weekend, and eventually lead to 90’s by next week.  Sacramento forecasts daily highs in the high 90’s through the 21st. 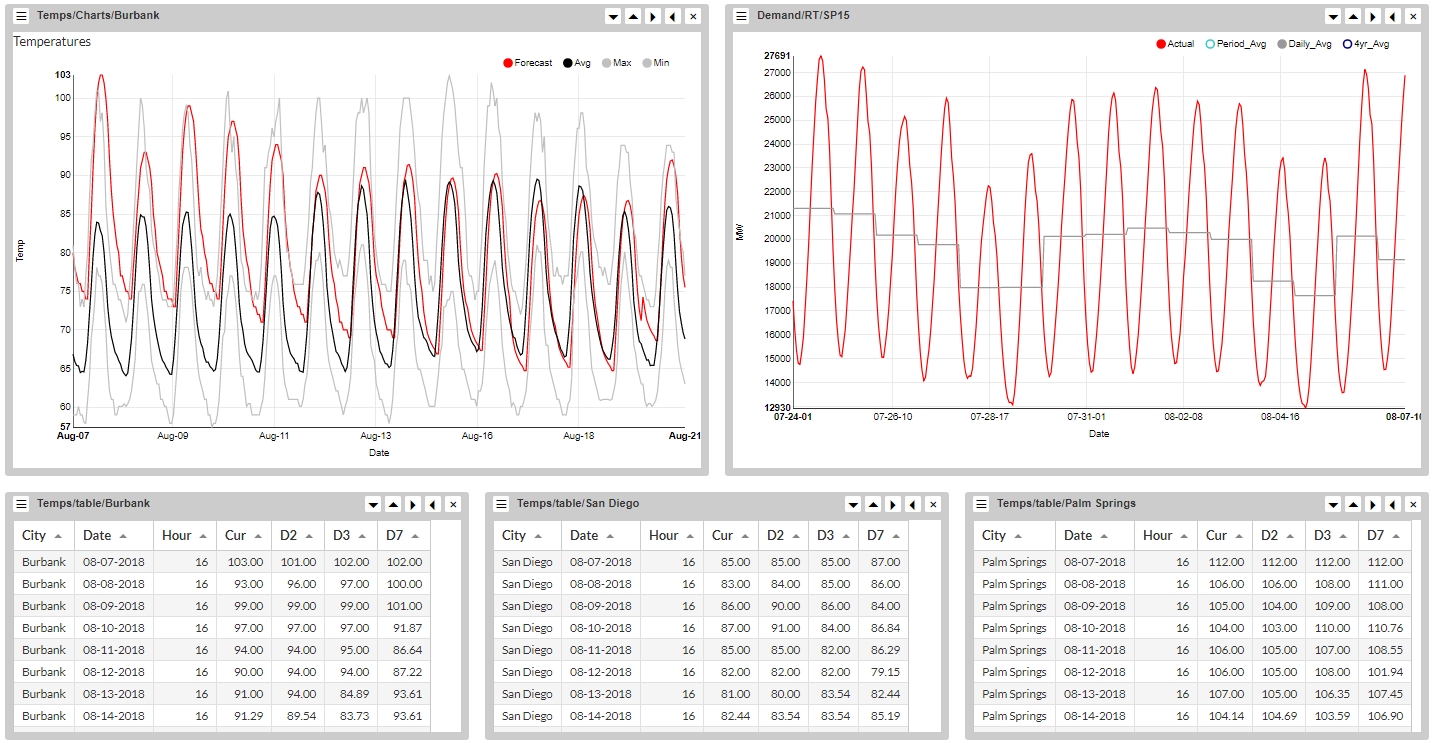 Demand should continue to pace high as Burbank projects a scorching 103 for today.  Highs are forecasting in the 90’s through the 16th. 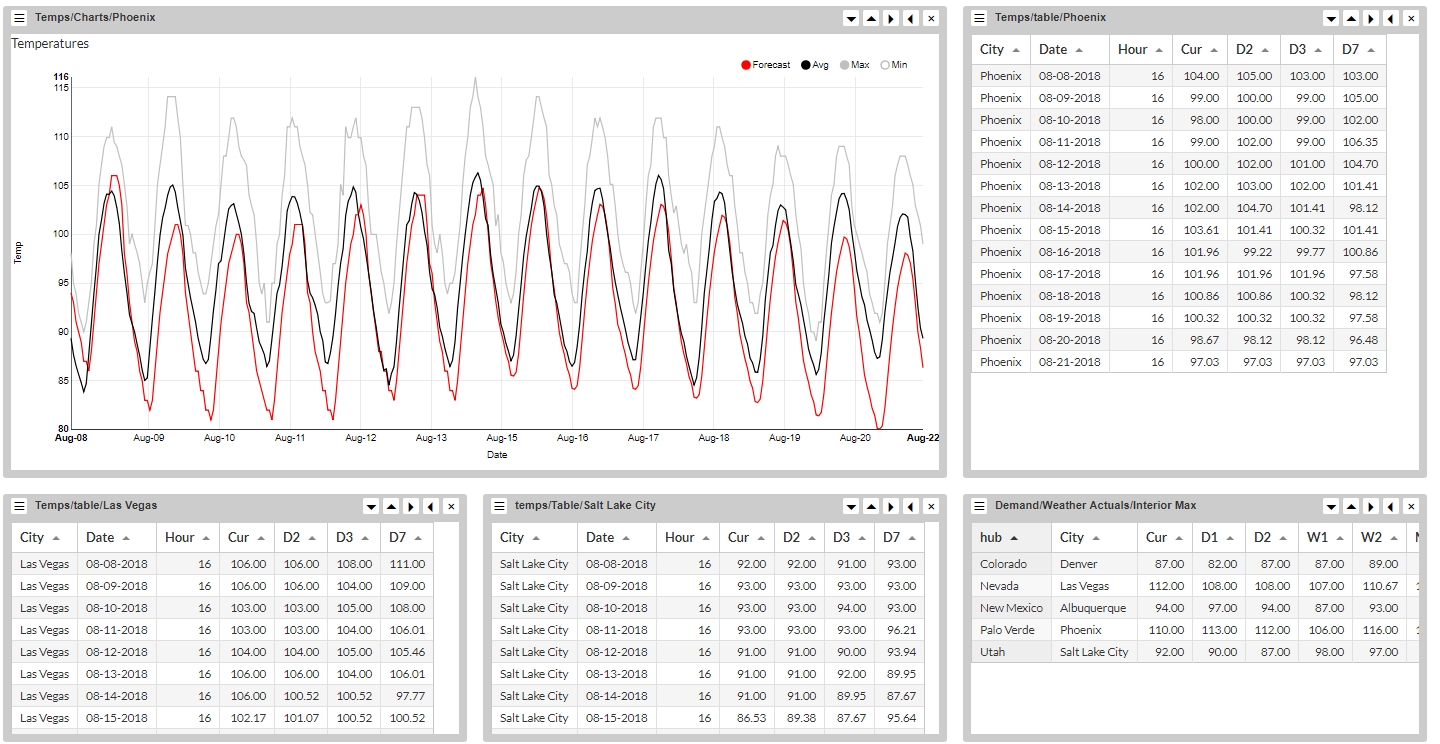 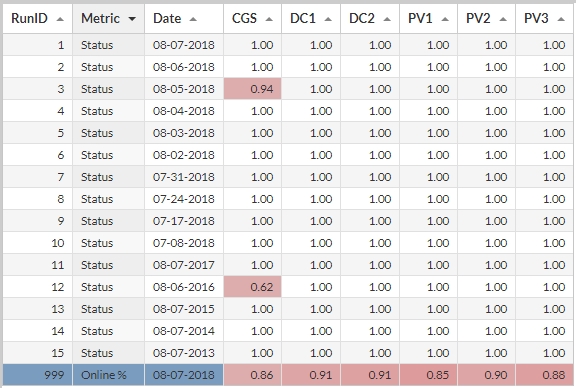 Other than Columbia Generating Station’s momentary 94% blip on the 5th, all nukes remain at 100% this week. 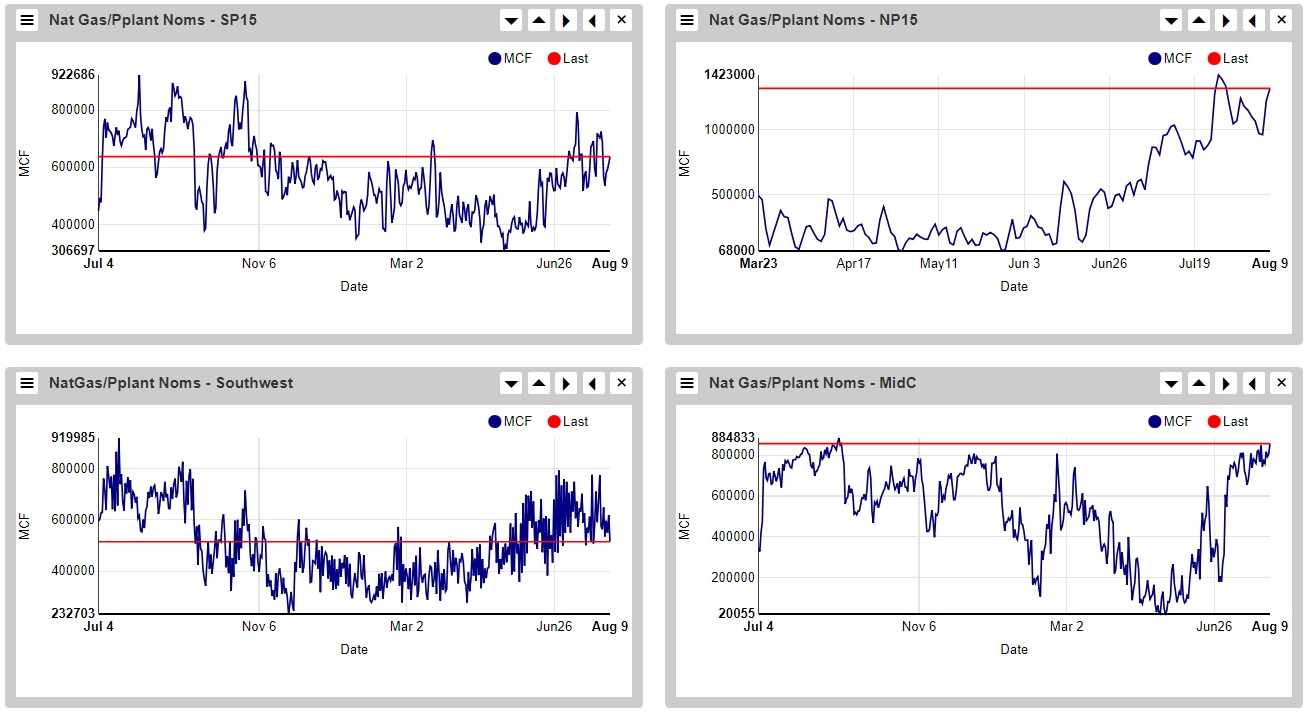 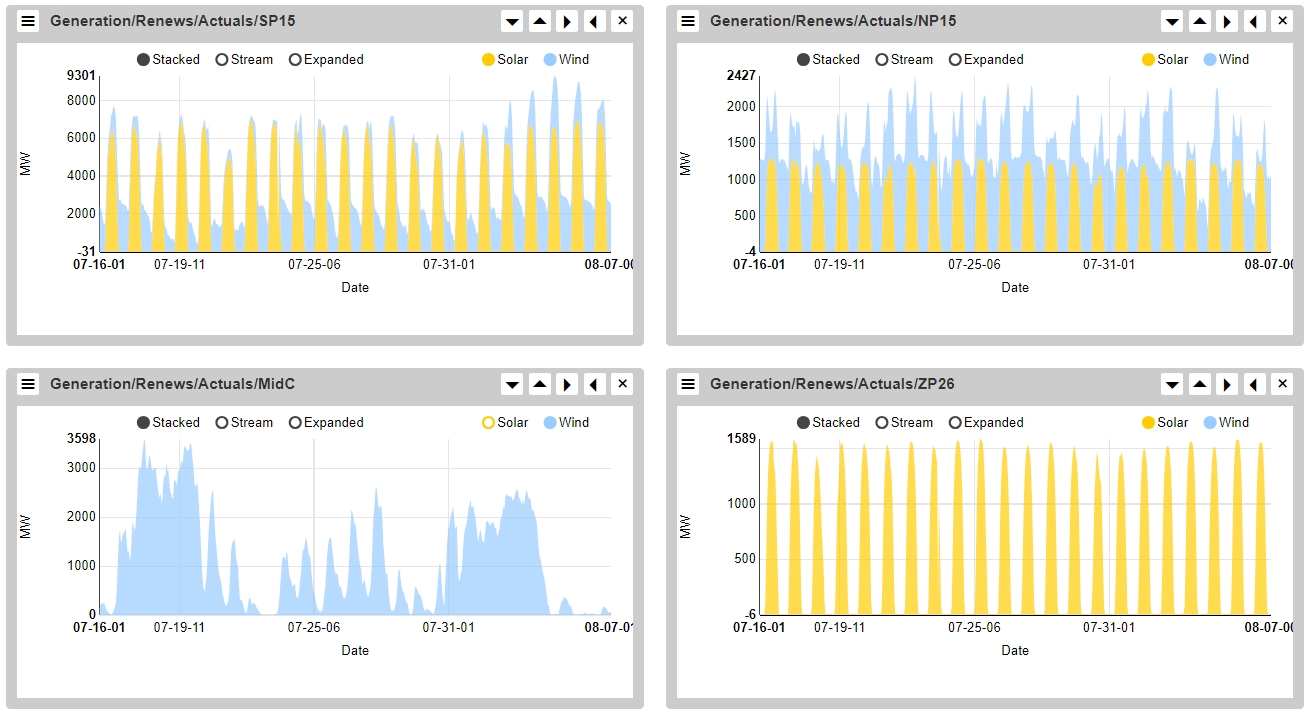 SP-15 solar and wind combined for a 9,301 MW peak on the 4th, and while solar tacked on another 200 MW yesterday, wind showed subdued generation after dropping 300 MW in the same span of time.

Mid-C wind hasn’t topped 400 MW since the 4th as the turbines have all but stopped during most hours. 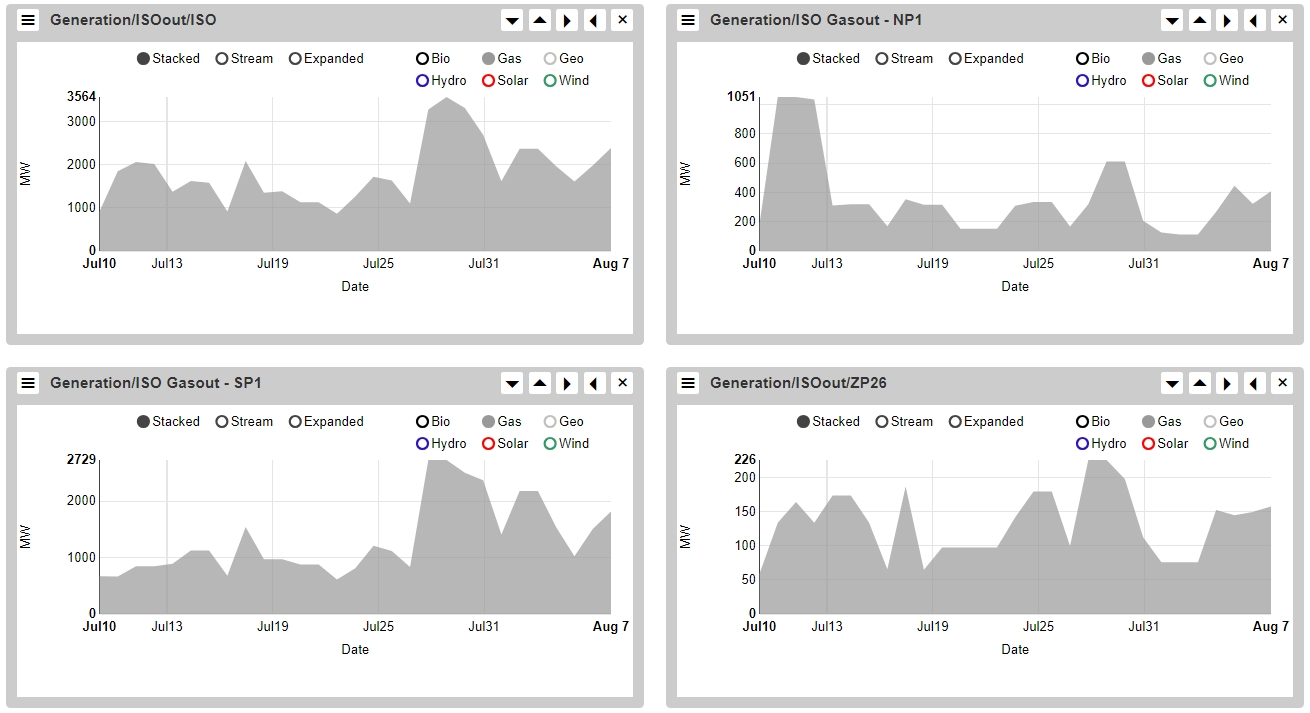 ISO gas outages jumped 700 MW yesterday in the ISO.  Outages have stayed above the 1,500 MW level since July 27th.

Grand Coulee added five inches since the 5th, while Libby shed half a foot since the 1st.  Dworshak continues heavy elevation loss (though consistent) as the reservoir sits ten feet lower since the beginning of the month.