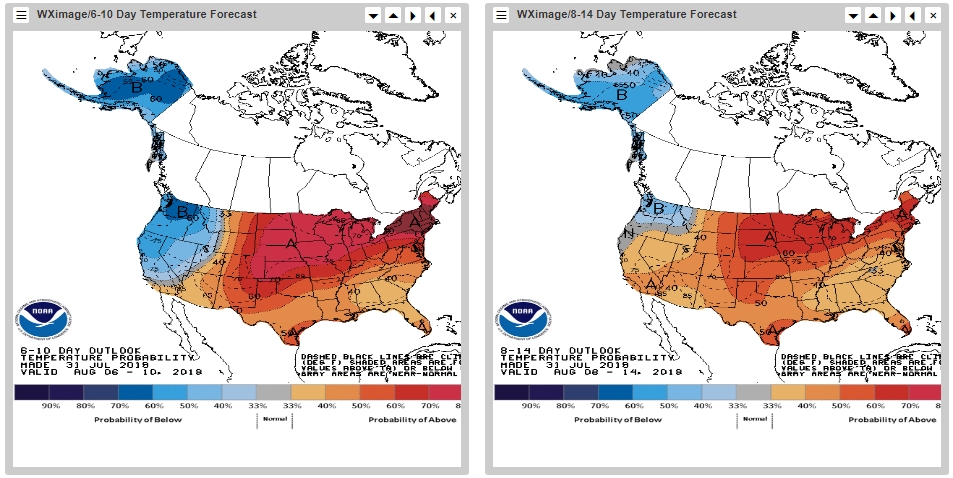 The front-end of the two week forecast is considerably cooler than normal, especially in the Northwest where the cooling trend may carry over into the second week as well.  Southern California looks to be the exception on the West Coast as both ends of the forecast project above normal. 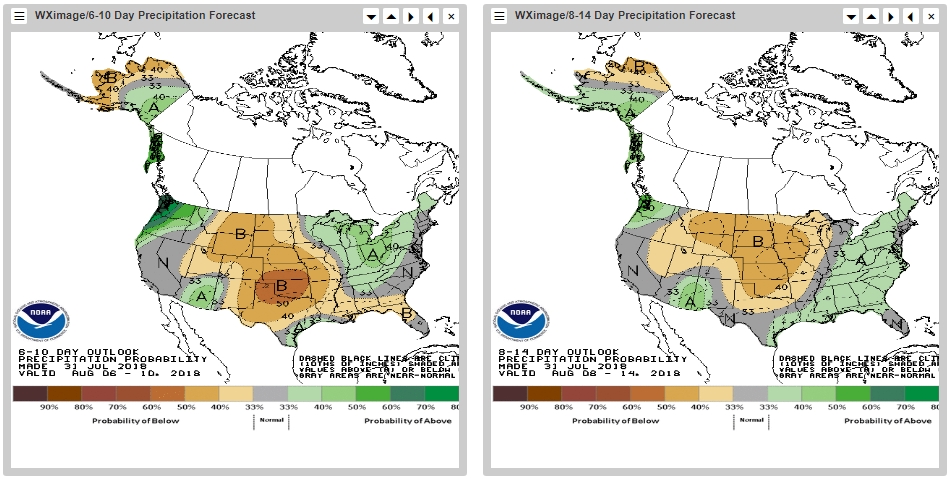 Mid-C may get a little damp weather to go along with its mild cooldown. 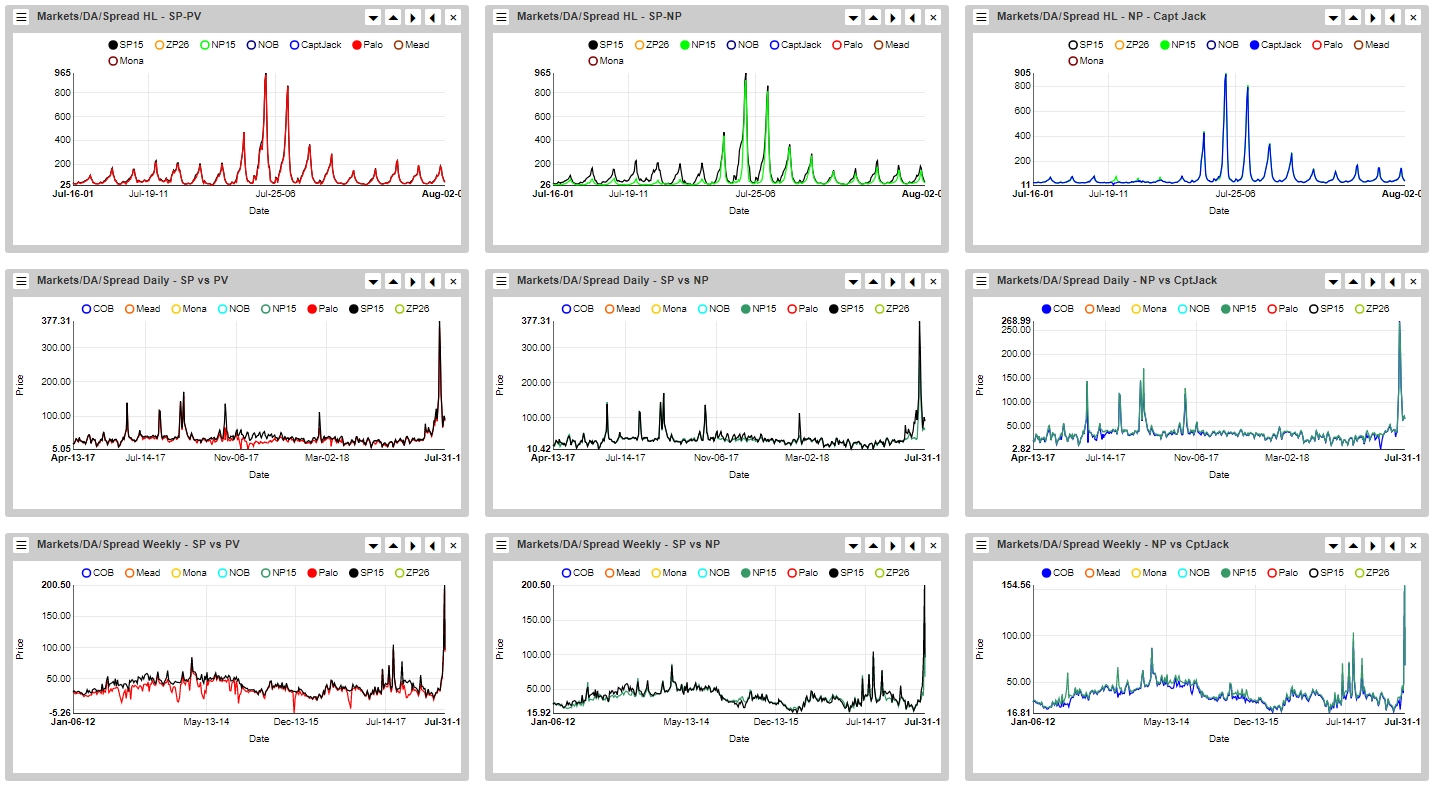 SP-NP spreads topped out at $60 on Monday as prices fell a slightly less amazing $230 in SP.  SP-PV was much tighter with PV just $4 short of SP on the same date.

SoCal-Citygate gas prices are falling back to Earth as well with $8.22 yesterday, just 1/5 what we saw last week.  SoCal Border had a modest increase of $0.41, moving in the opposite direction of Citygate, while AECO peaked above a dollar again following a $0.39 increase of its own.

Citygate’s fall came nearly as fast as its rise. 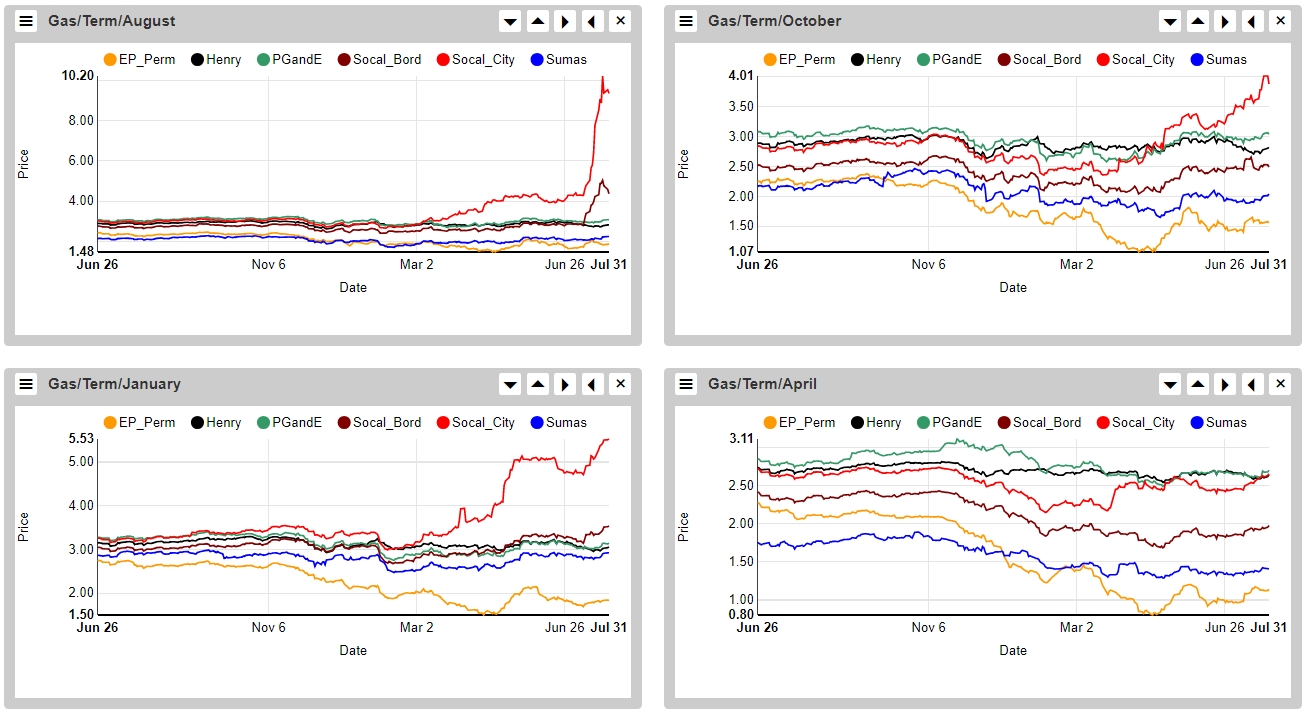 August and October gas show signs of finally reaching their peak as each have come off a decent percentage the past several days.  January, on the other hand, is continuing to climb.

We saw withdrawals peak at 1,347,000 MCF on the 24th in Northern Cal, but one week later withdrawals are just half that.  Northern Cal hasn’t added to storage since the 3rd of July. 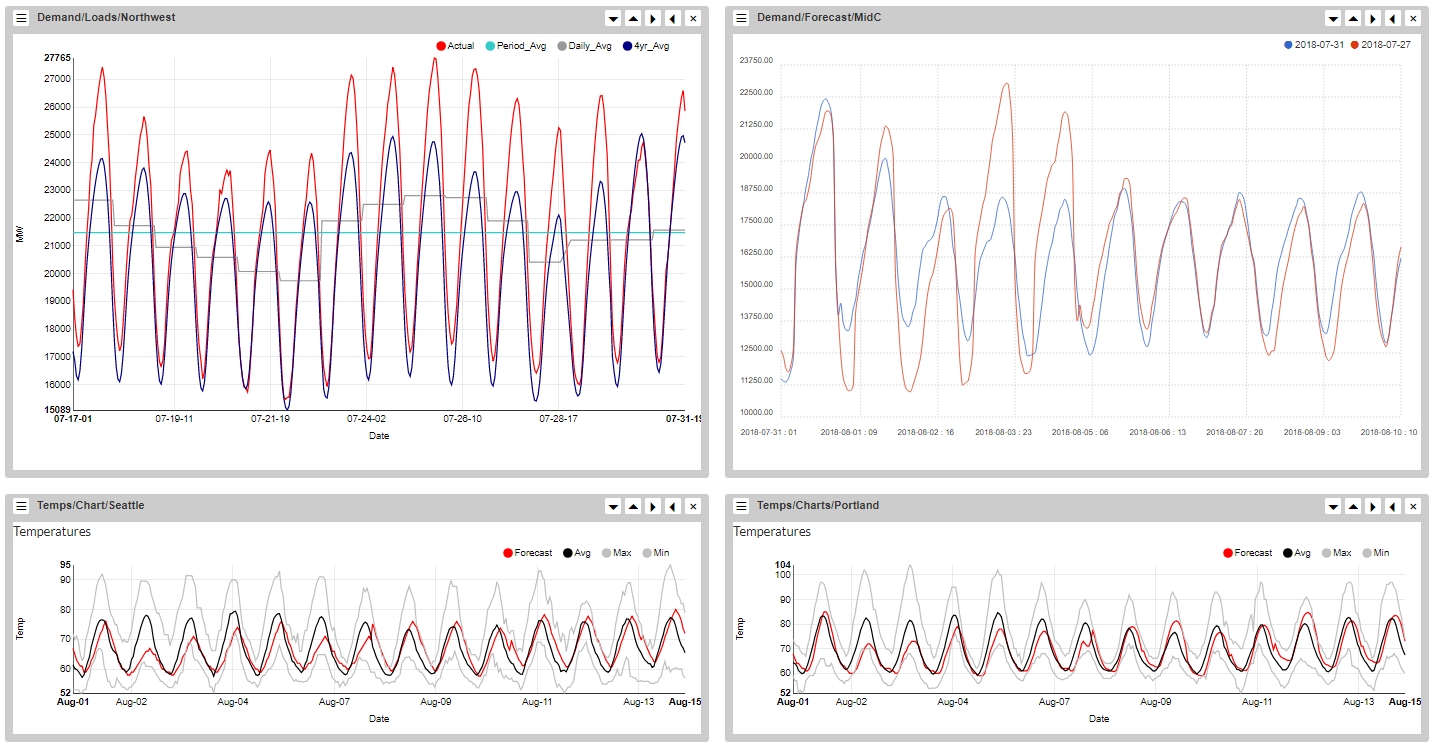 Seattle and Portland both get a sharp fall back to average today with highs in the high-70’s and mid-80s respectively.  Temps are projected to fall even further as we move into the weekend.

Yesterday’s loads increased over Monday’s as the Northwest was enveloped in the height of the heat wave.  Light loads saw a more modest increase. 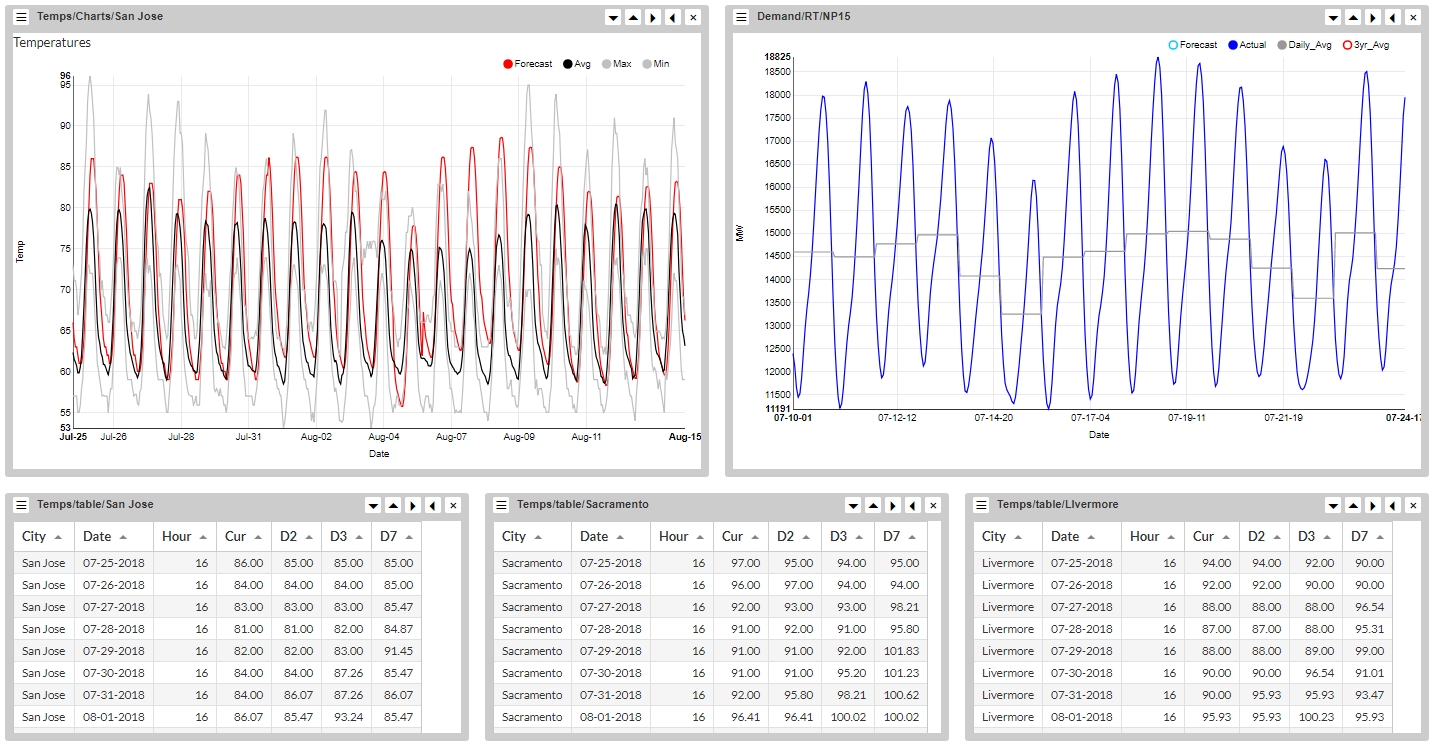 Demand increased in both heavy load and light load yesterday in NP as well.  Loads still came up short of the week-on-week mark, however.

San Jose projects highs well above average through the 21-day forecast, though we aren’t seeing any days above 90 in the current rendition.  Look for a high of 82 today, four degrees above normal.  Sacramento isn’t forecasting triple digits until well into August (9th to be exact). 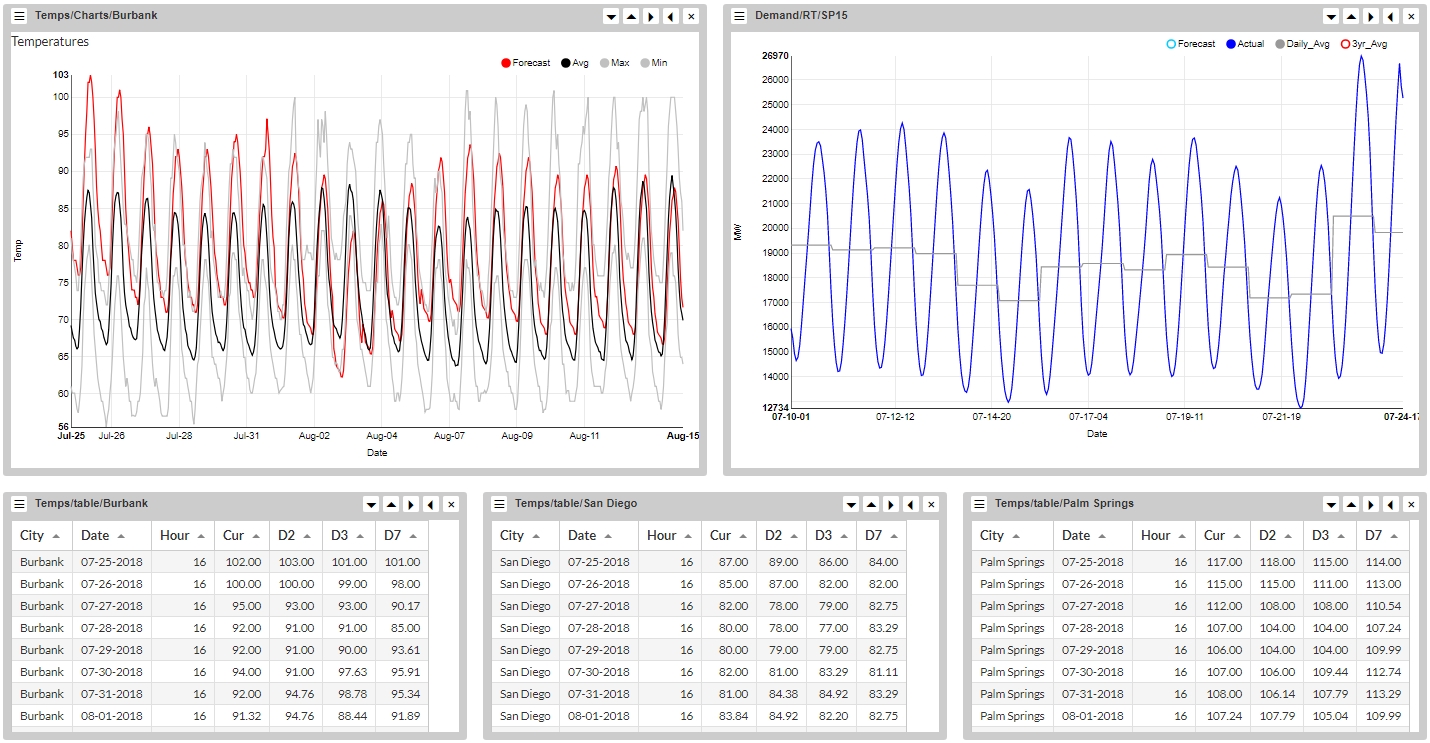 SP demand topped out 300 MW higher than Monday in the heavy load peak and close to 200 MW higher in light load trough.  Both days this week have come up short compared to their equivalent from last week.

Burbank is forecasting highs in the 90s through the 7th as most days rise to at least four degrees above normal.  Today sets the high-water mark for the foreseeable future at 94.

Phoenix shows a high of 106 today, five degrees above normal.  Tomorrow’s high of 105 is one of just a handful of days expected to rise above normal over the next three weeks. 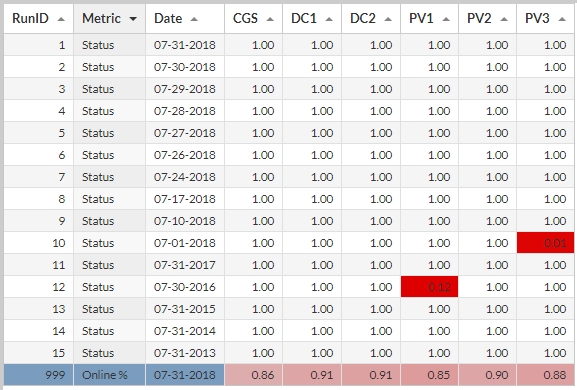 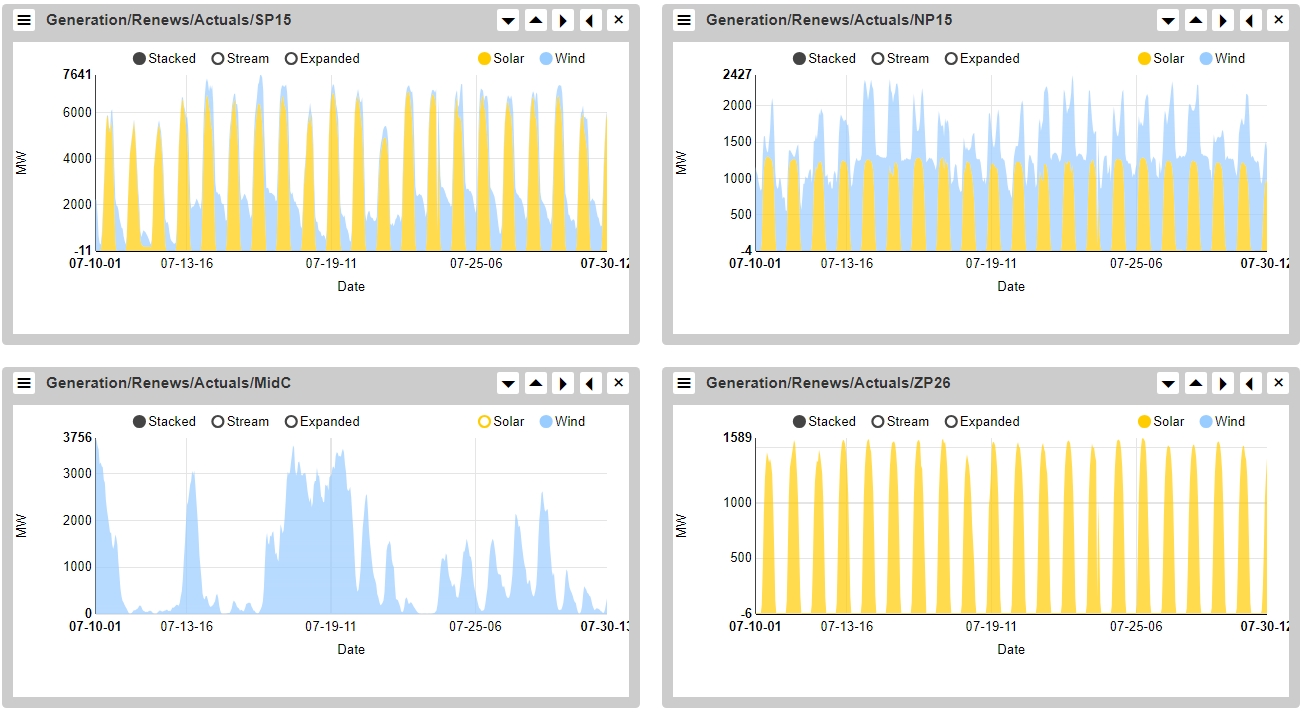 Less solar to go around this week in SP as Monday fell short of 6,000 MW, and Sunday added just 100 MW more than that.  Mid-C wind is falling well short of last week’s totals as well as no days this week have managed to push north of 1,000 MW. 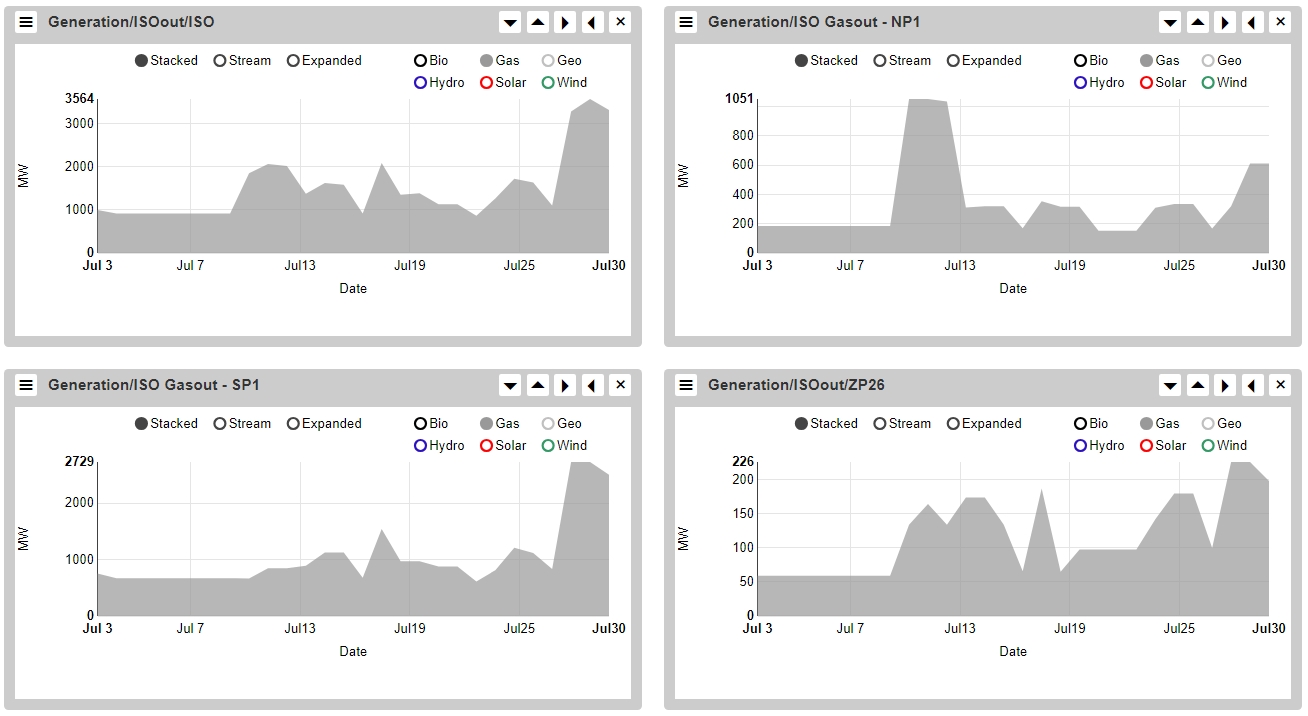 ISO gas outages soared above 3,000 MW over the weekend, though some has managed to return online since peaking at 3,564 MW, the highest total of July.

Hungry Horse has shed 1.3 feet over the past two weeks while Dworshak has seen its elevation drop an impressive 17′ in the same span of time.