July got a massive increase this week, though the additional 990 aMW is less impactful with just over a week left in the month, but it’s an increase nonetheless.  August continued its weekly decline with another 486 aMW shaved off the forecast.  September reversed the trend with 299 aMW tacked on, while October increased for the fourth-consecutive week at 201 aMW.

July marks increases every day through the end of the month, though the dailies remain below average for all but one day in July.  August 1st marks the beginning of the free-fall as not only is there a week-on-week decline, but the average line sits well above the forecast every day in August.  September marks increases primarily after the 14th, while October shows modest jumps throughout the month. 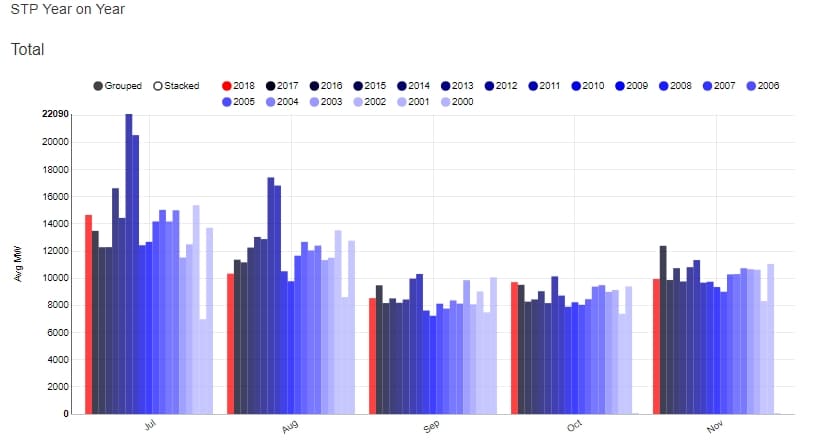