It was an incredibly mundane STP update this week as July’s 159 aMW increase was the most movement of all four months.  August and September both jumped a paltry 54 aMW, while October settled for a 26 aMW decrease and became the only month to drop week-on-week.

July showed just 159 aMW of week-on-week change in the monthly aggregate, but much of that change was a result of the forecast offsetting by a single day beginning on the 20th.  There were a few other variances, but not much stood out.  August, September, and October were even less dramatic with no single day changes greater than 600 aMW. 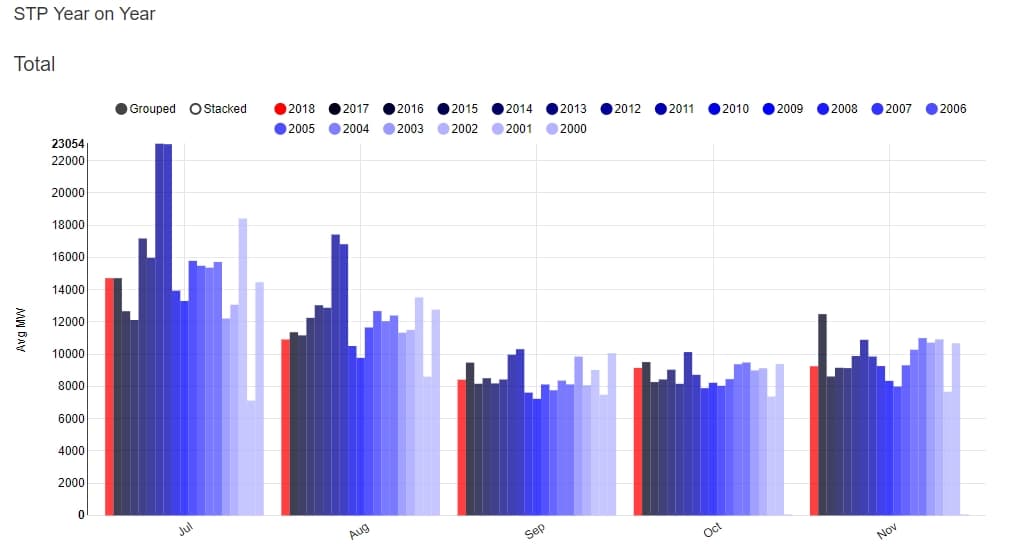 No dramatic changes in the year-on-year comparison, which isn’t a surprise as the monthlies remained nearly unchanged.