After seemingly months of consecutive cuts to its forecast, June finally posted an increase, and a pretty substantial one with 1,290 aMW tacked on the latest update.  June added another 208 aMW, while both August and September dropped a small amount at 128 and 196 aMW respectively.  October increased a little more than nothing at 61 aMW.

June’s increases peak later this week as the dailies approach a 2,000 aMW difference from last week.  That difference drops to 0 by the 4th of July followed by small increases through the remainder of the month.  August shows small increases interspersed throughout the month with not much of a pattern to the madness.  September gets a moderate drop to begin the month but that all but disappears by the 7th. 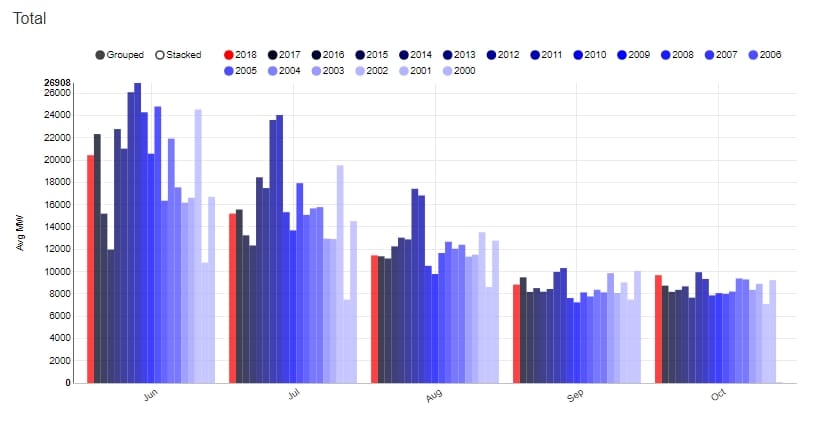 This week’s increase to June has set the year very close to 2009’s June (130 aMW short), while July continues to pace ahead of most years.