All months lost something though most reductions took place in June as this week’s update checked in 816 aMW lower.  Some of that spilled into July as well as that month showed the third-consecutive week-on-week reduction.  August dropped just 63 aMW, while September had a more non-trivial decline of 284 aMW.

June took a sharp turn off from last week beginning on the 12th and extended to the 27th where as much as 2,500 aMW was shed week-on-week (17th).  July’s loss showed up almost entirely from the 4th – 12th, while nothing in August stood out.  September’s losses came primarily from the beginning of the month, though no days showed more than a 600 aMW decrease. 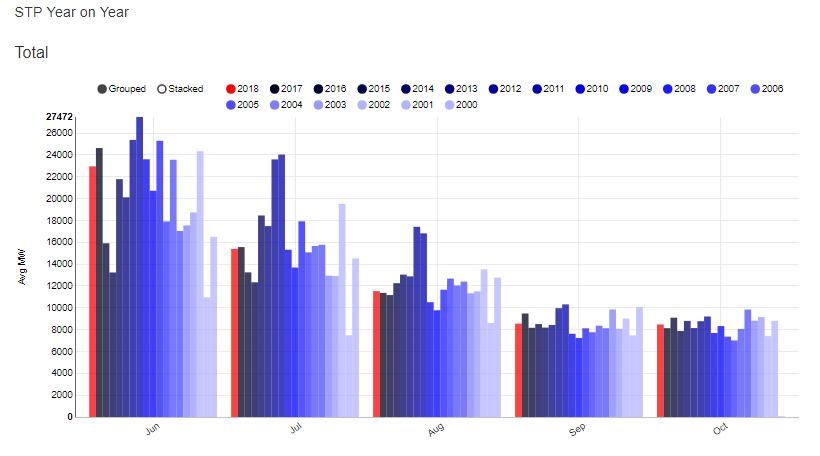 June is still pacing above average, but that difference shrinks with each new update.  July and August are decidedly below average, on the other hand, especially when viewed through the daily chart shown above.