May added another 63 aMW in what will be the final update for the month.  June shed 220 aMW, marking the fourth decrease in the last five weeks, and a far cry from what we were seeing a month ago.  July, on the other hand, reversed the trend we had seen the last few weeks with a massive 1,063 addition.  August and September dropped 280 and 117 aMW respectively.

June showed increases from the 9-12, but the remainder of the month were mostly reductions compared to last week.  July’s increases began on the 2nd and ran through the 28th, though the increases were reduced as the month progressed.  August and September amounted to small decreases that extended through each respective month.  No large reductions stood out for either month. 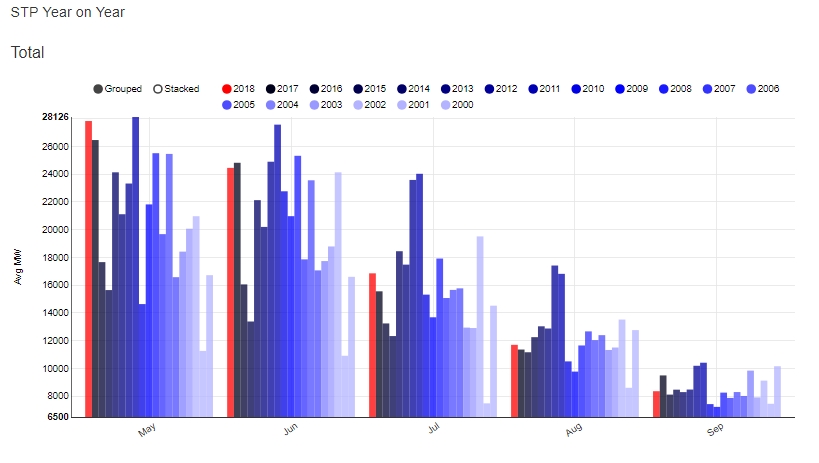