May moved up a paltry 42 aMW, and June added 105 aMW, both somewhat subdued changes after watching the 10-Day RFC decline for most of last week.  The real movements came from July and August which shed 382 aMW and 558 aMW respectively, and made for a net loss altogether.

The overall forecast stays well above average until the second week of July where things get much tighter.  The remainder of May and June show little variance from last week, while the second-half of July is where the difference begin to emerge.  That gap continued well into August as well, while the first couple weeks of September almost no change from last week. 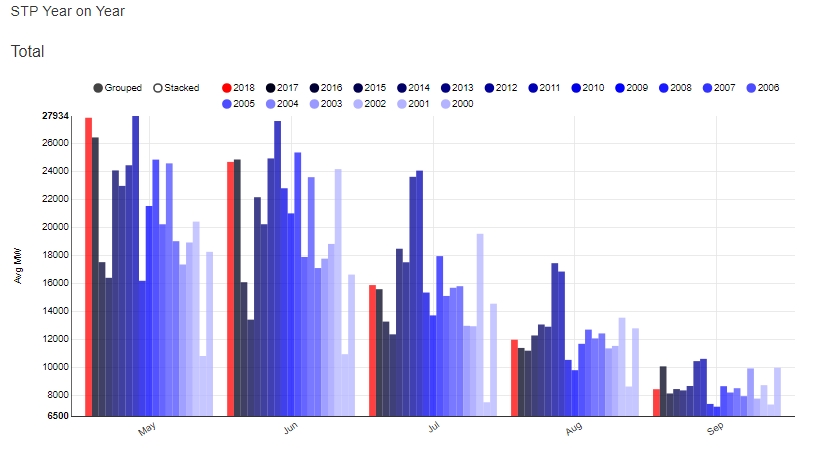 May’s small increase wasn’t enough to keep pace with 2011 as 2018 fell 120 aMW behind.  June now comes in as the fifth-highest year, while the rest of the summer looks very average.