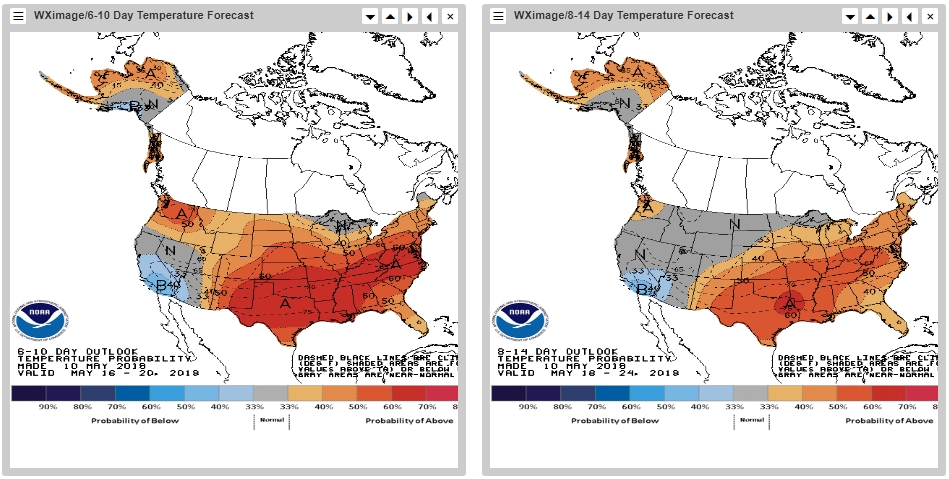 Northern Great Basin shows the largest precip anomaly, though all of the Northern Rockies should be wetter than normal.

SP-PV showed prices at $51 and $48 at the same hour, respectively, last night.  Much less congestion than earlier in the week.

AECO continues to hover around 60 cents, $0.63 today, and more than double its price last week.  SoCal-Citygate has somewhat stabilized as well after dropping just 10% in the last seven days.  Norwest Sumas on the other hand more than doubled over night, rising from $0.76 to $1.55. 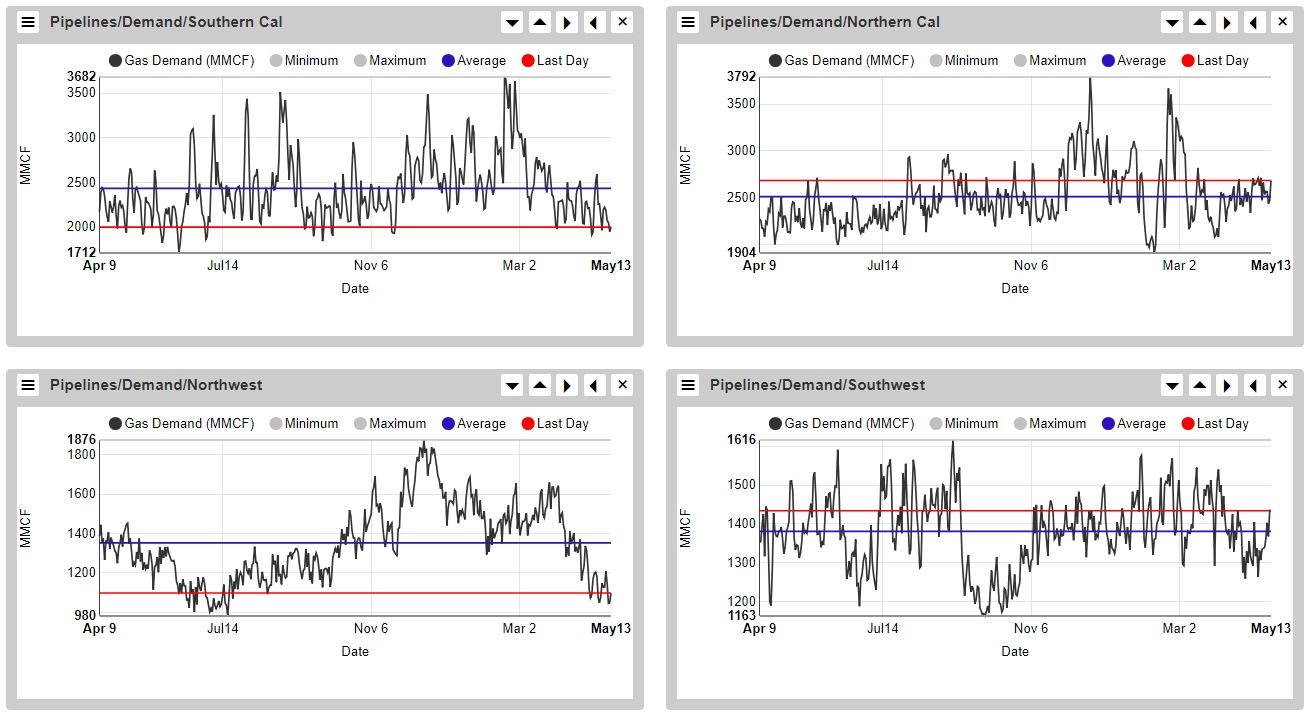 Mid-C gas crashed for the second consecutive day before settling at 1,044 MMCF, a two day decline of 163 MMCF.  NP gas demand has dropped a nearly equally dramatic 130 MMCF in the same span of time as well. 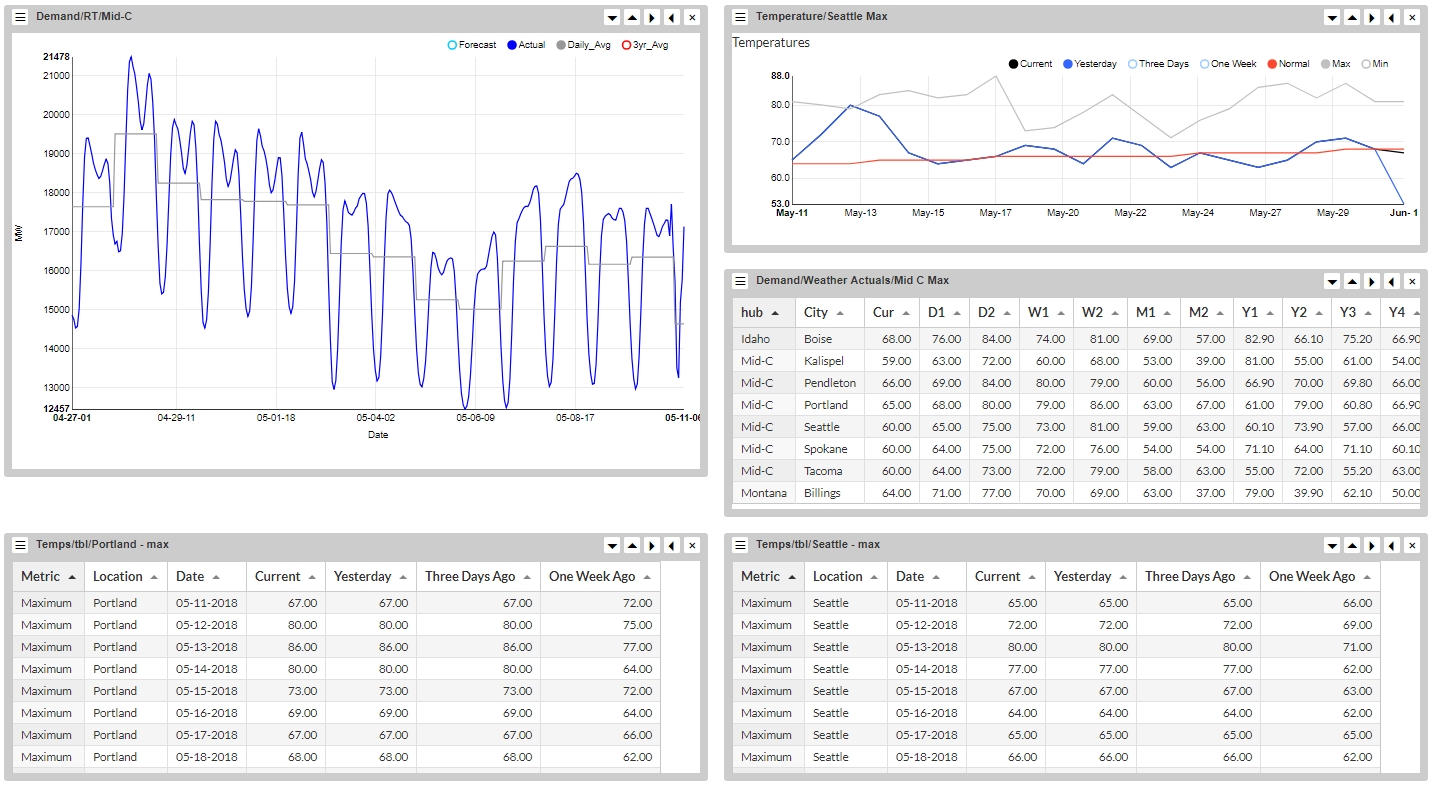 Seattle is set to raise temps 15 degrees over the next two days, jumping from 65 today to 80 by Sunday, 16 degrees above normal.  Next week should bring a return to normal for the remainder of the forecast.  Eastern Washington warms up as well as Spokane shows 80’s through the 15th, putting an even larger dent in the snowpack. 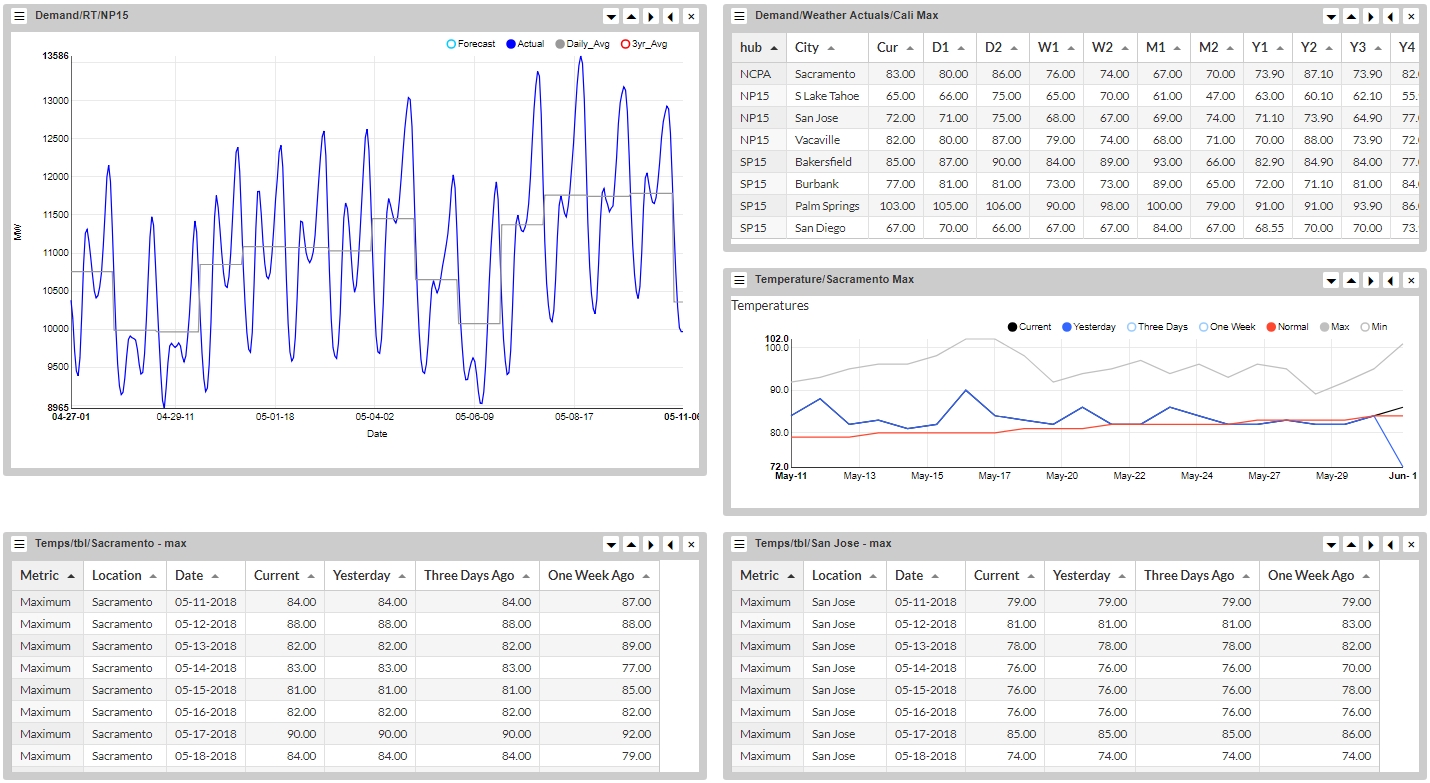 Sacramento shows highs in the 80 through all three weeks of the forecast and high-80’s this weekend as tomorrow is projecting 88 degrees, nine above normal.  San Jose is predictably cooler, though temps should stay at least in the upper-70s. 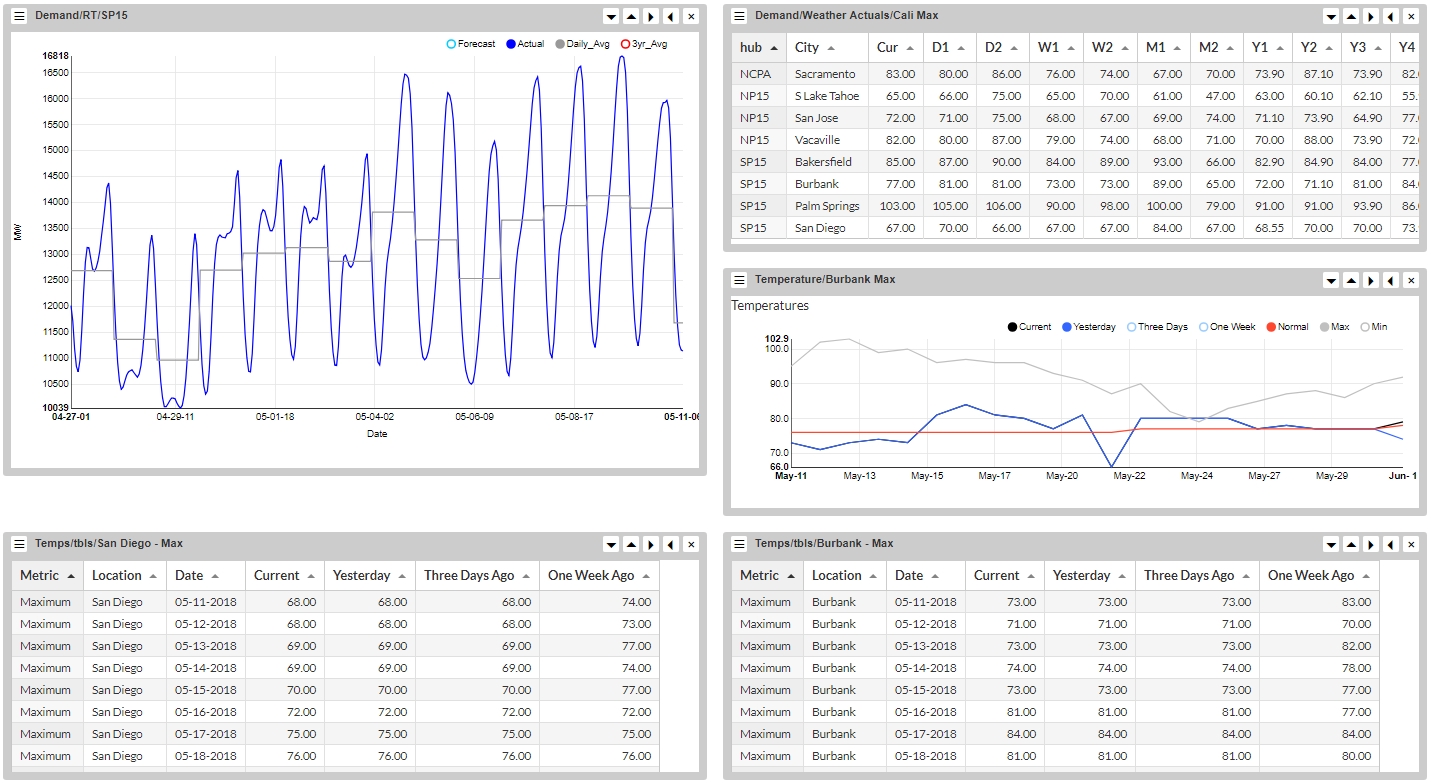 Burbank is projecting highs falling below normal through the 15th as temps stay well within a comfortable range at 73.  There is a potential return of 80-degree days late next week as the 17th shows a high of 84.  San Diego remains cooler than normal as well with the weekend maxing out in the upper-60s. 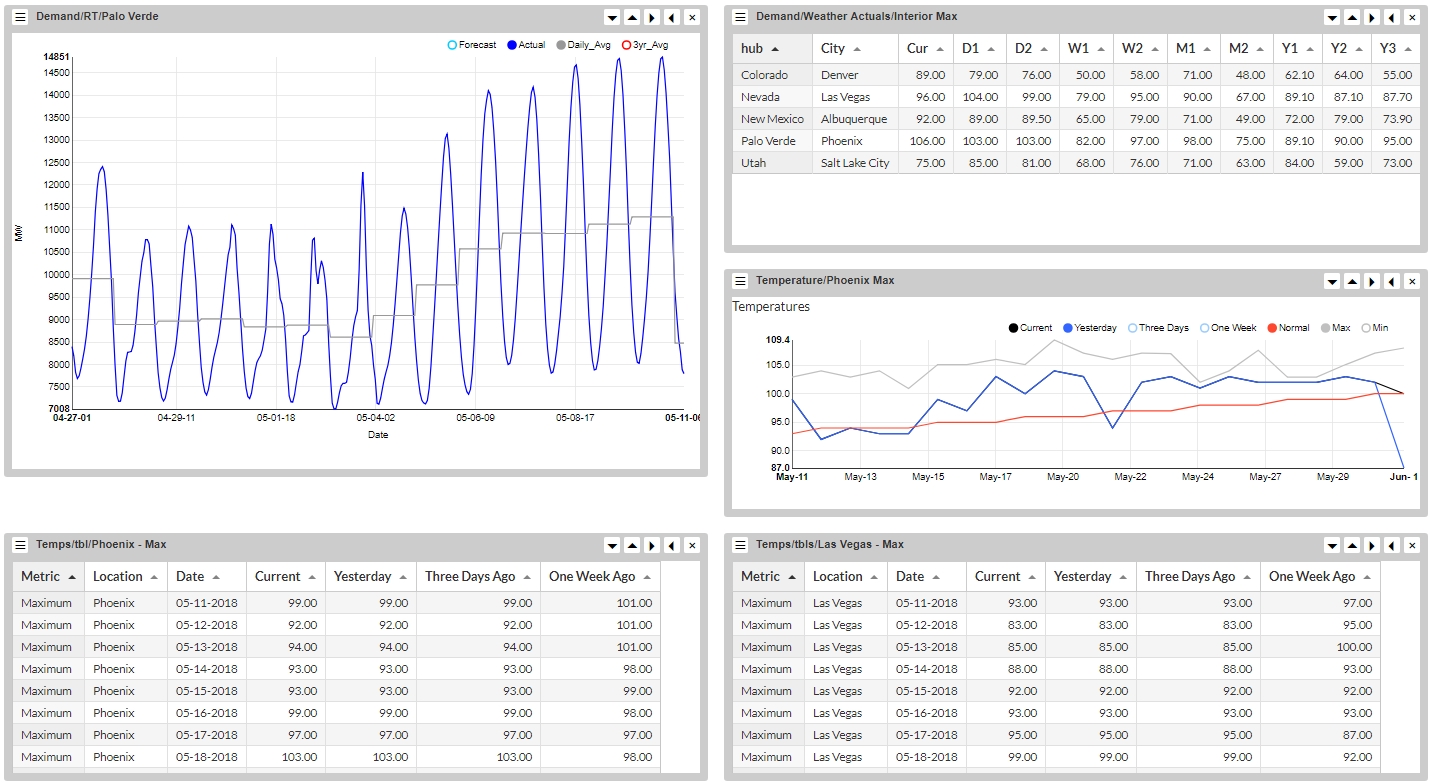 A high of just 99 is in store for Phoenix today, but that will drop to 92 by tomorrow.  Temps are showing a trend toward normal through the weekend before a return to triple digits by next Friday. 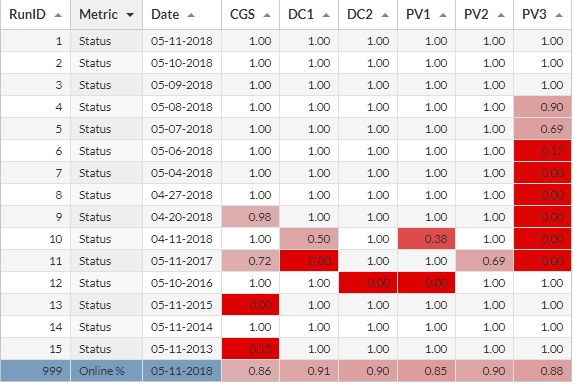 No change in the Nuke status as all plants report 100%. 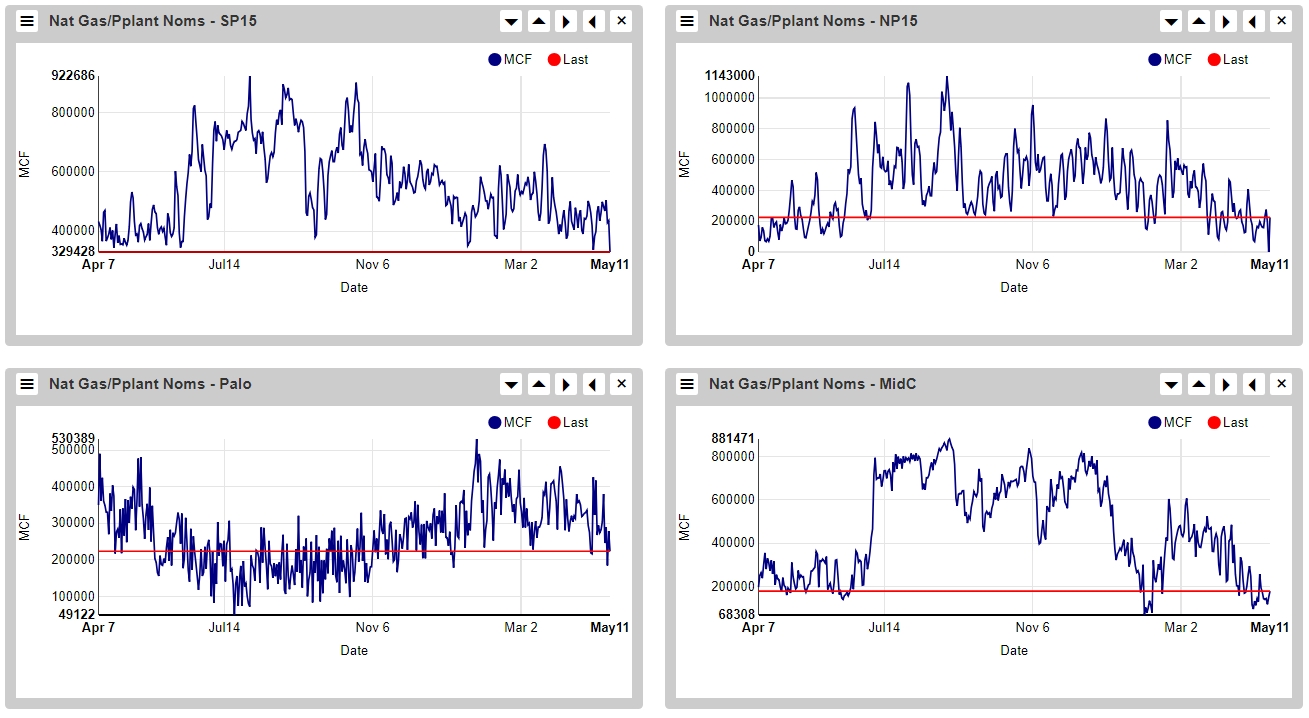 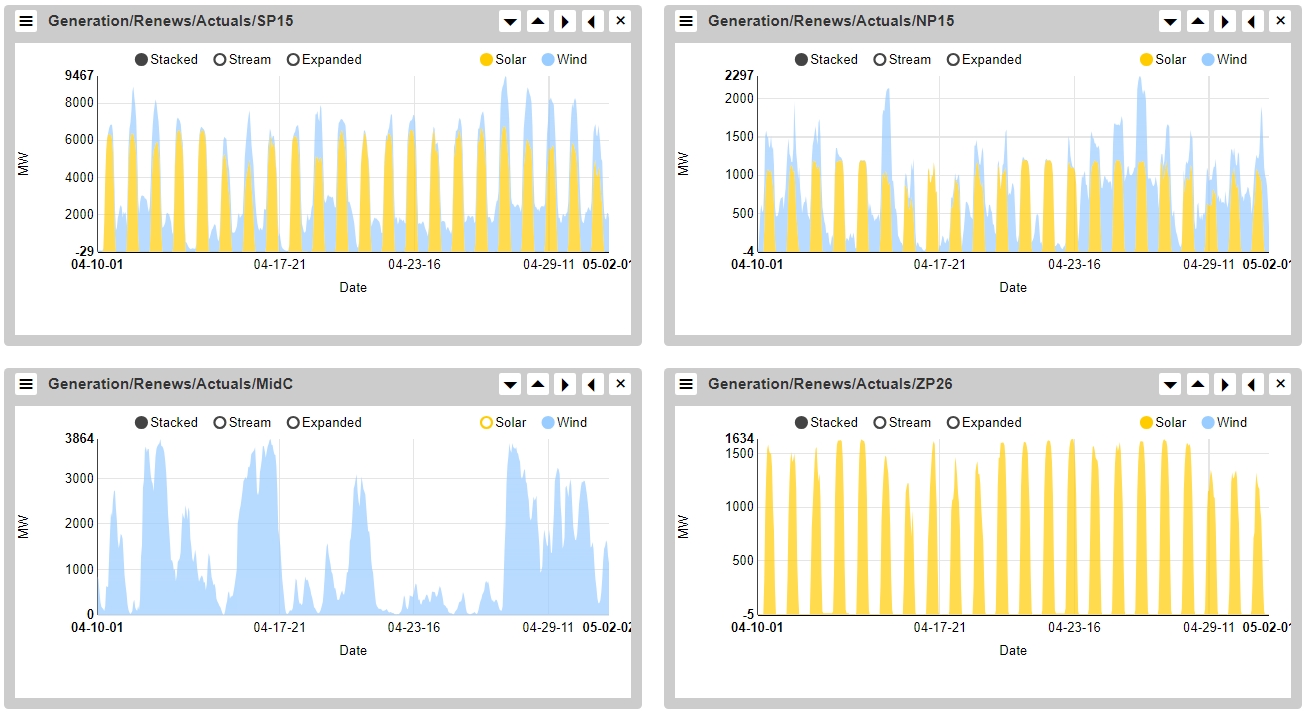 NP wind topped 1,000 MW this morning, now for the second consecutive day, and third time this week.  SP solar dropped 600 MW yesterday after peaking at 6,100 MW, the second-lowest peak of the week.

Heaviest precip is still concentrated in Montana, but Spokane is showing signs of a system moving in next week as two days with more than 0.20″ of rain are expected.

California may get its thirst quenched next week as both Tahoe and San Diego show measurable precip forecasts. 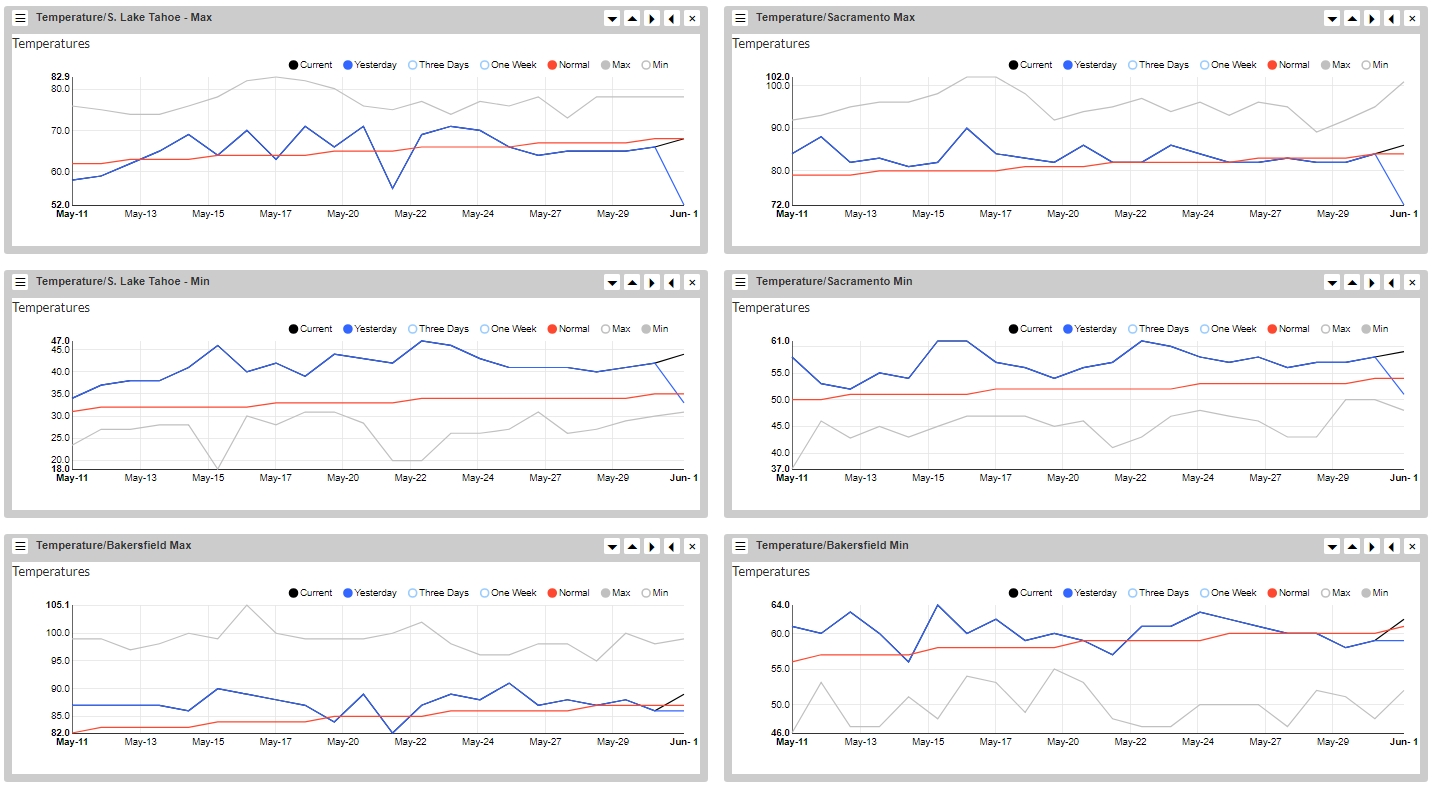 Tahoe is the only station with below-normal highs or lows today, as Bakersfield and Sacramento both get temps into the upper-80’s.  That trend will change for Tahoe moving into next week where we should see temps rise as high as 70. 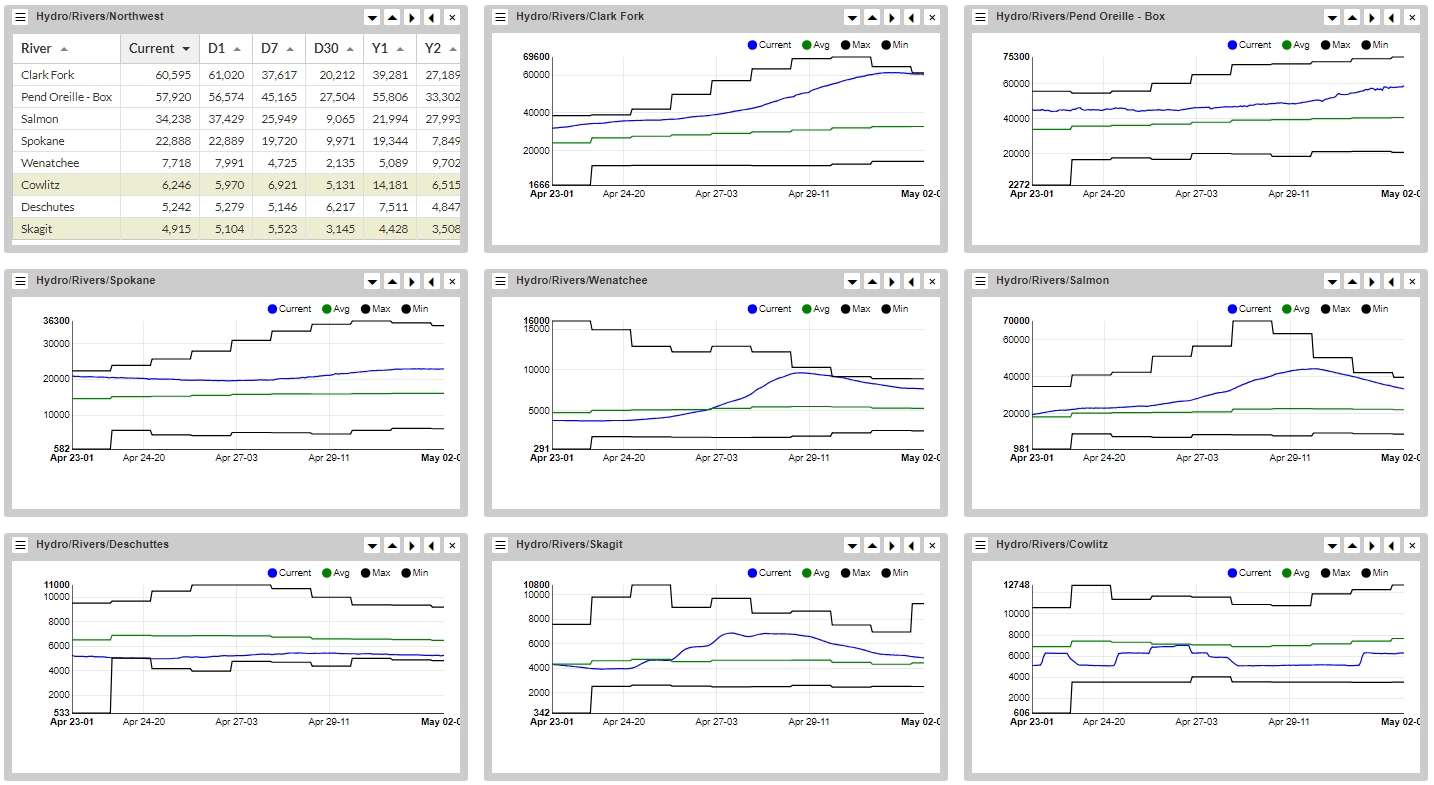 Clark Fork, Pen Oreille, Spokane, Wenatchee, and the Salmon Rivers are all marking new 10-year highs in CFS, though Wenatchee is the only river that looks to have crested.  The Clark Fork is demolishing the previous record with 30,000 more CFS as of today.

This puts Clark Fork at the highest flow rate since 2011, and with more hot weather on the way over the weekend, we may even see that surpassed.

All reservoirs are filling up, especially Grand Coulee as it has the steepest additions. 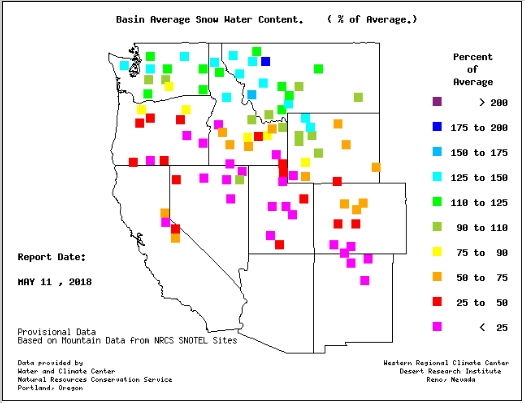 We are seeing the first sight of 90%-110% markers in Washington since early in the snow year, though most remain well above 100%, especially in Montana where there is still enough fuel for the Clark Fork to set new highs. 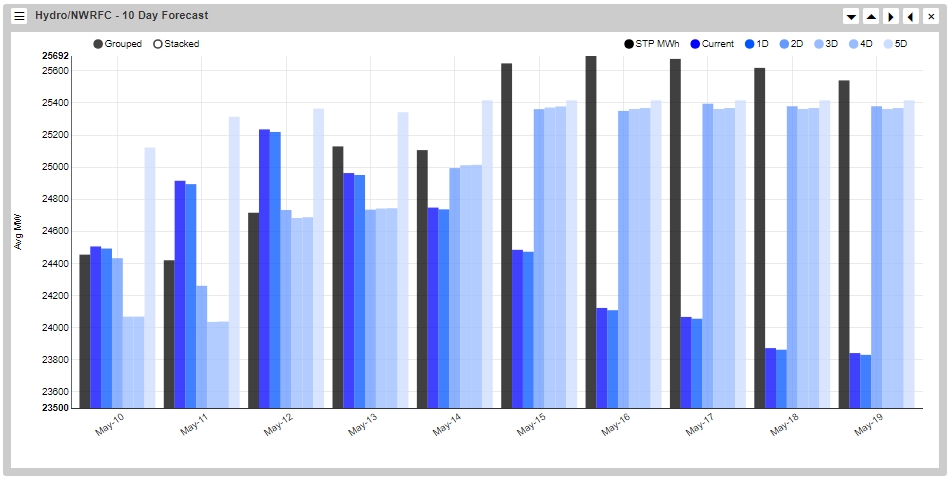 The NWRFC 10-Day shows a large cut to its forecast beginning on the 14th and extending into the end of the 10-days as the difference between the update and STP grows to upwards of 1,700 aMW.

APT suggests a buy with a strong sentiment as the market is at a near-low (contract low was marked on the 3rd).

Ansergy gave a caution on the 3rd, but with the price stabilized, it now suggests a strong buy.

Every trade has a PID (product ID) that can be called within the APT History table linked above, the one depicted is PID 642.  Hindsight is 20/20, but this at least gives you an idea of how often the recommendation has been correct.