It’s May, and the Mid-C finds itself in the throes of the runoff all the while Palo is set to “enjoy” a string of triple digit temps, even SP gets hot. The Northwest saw a surge of inflows, but those backed off, yet that is just a headfake, more significant heat is heating for the interior that will drive those flows much higher, all of which will arrive about mid-month. 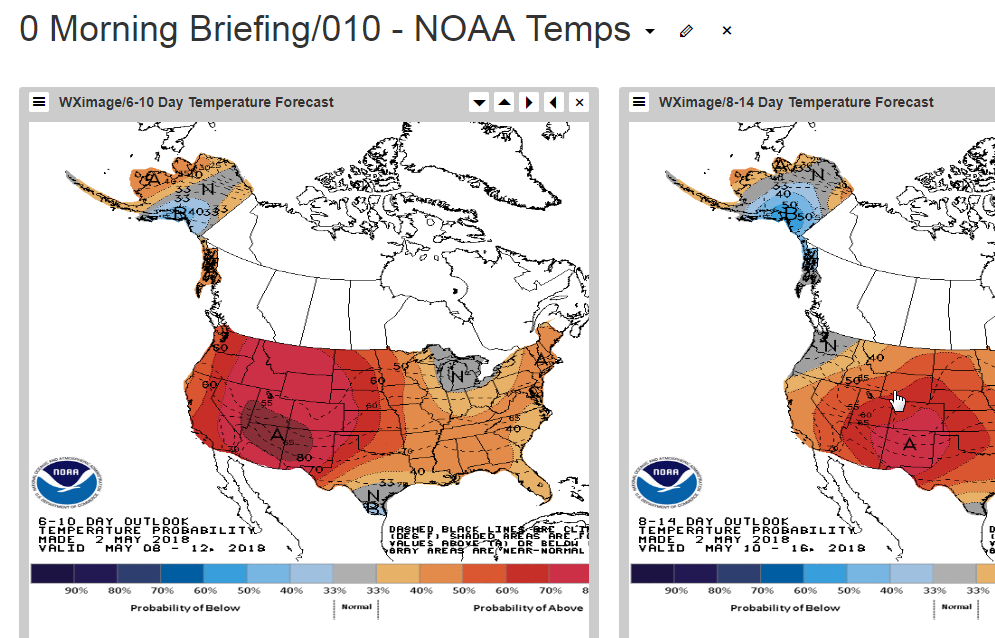 Very hot in the desert southwest and a cooling trend is suggested in the Northwest (8-14 day). 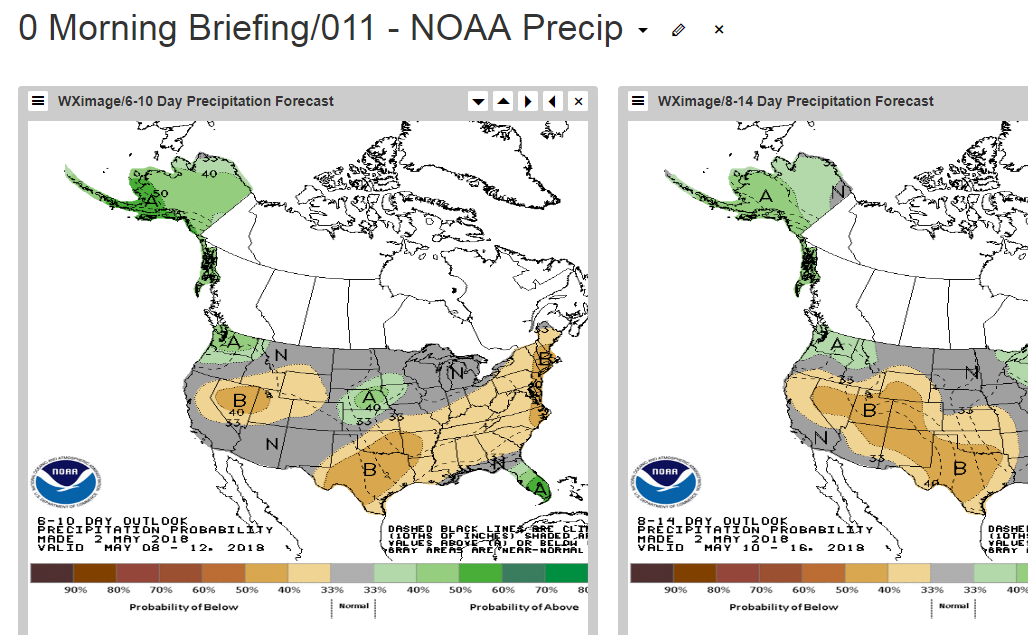 And some rain to add to MidC’s Misery Index.

Day Ahead markets are dead ahead sideways, gone nowhere but perhaps staged for a rally next week? Even the Hour Ahead are notoriously devoid of volatility. 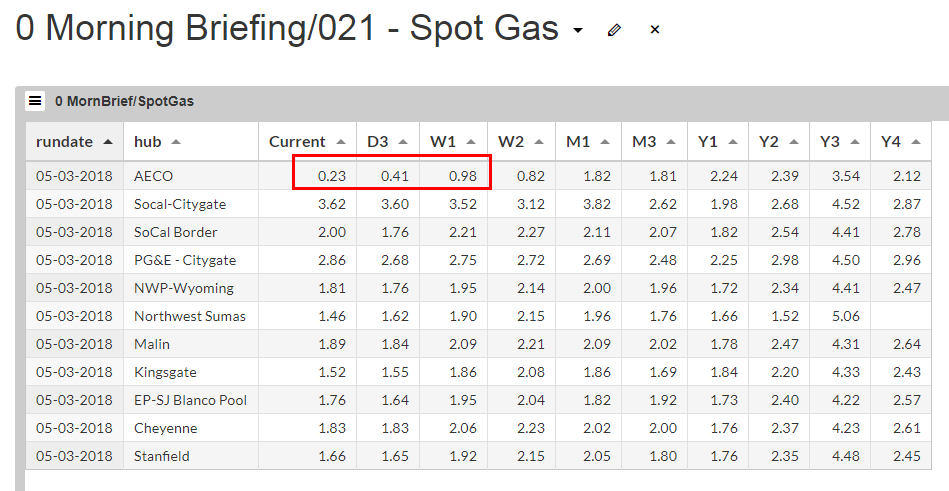 Not sure if those AECO prices are bad feeds from our vendor; if they’re real might be a good time to fill your propane tanks with natty. 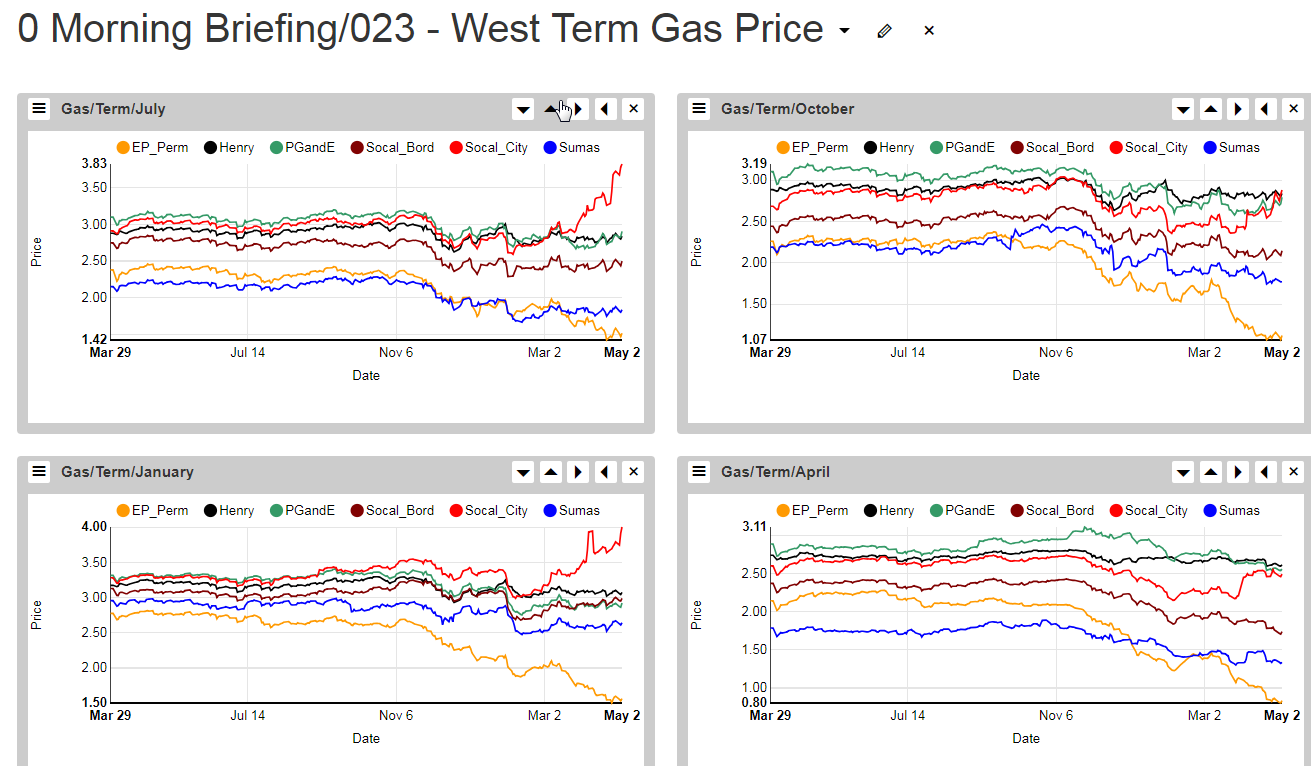 That July Socal Gas market keeps rallying, and we continue to scratch our head and other body parts. Just don’t get it.

We get the trainwreck called California storage, both Northern and Southern Cal are low, though Socal is nine bcf ahead of last year. PG&E hasn’t been this low since 2013. Jackson Prarie realized some of its most prominent injections over the previous five years.

We talked about a Dec-Nov SP spread in the last blog and pointed out that the blow-out was gas driven; seems some of that gas roll has traded away, note the big rally in Nov since we posted. 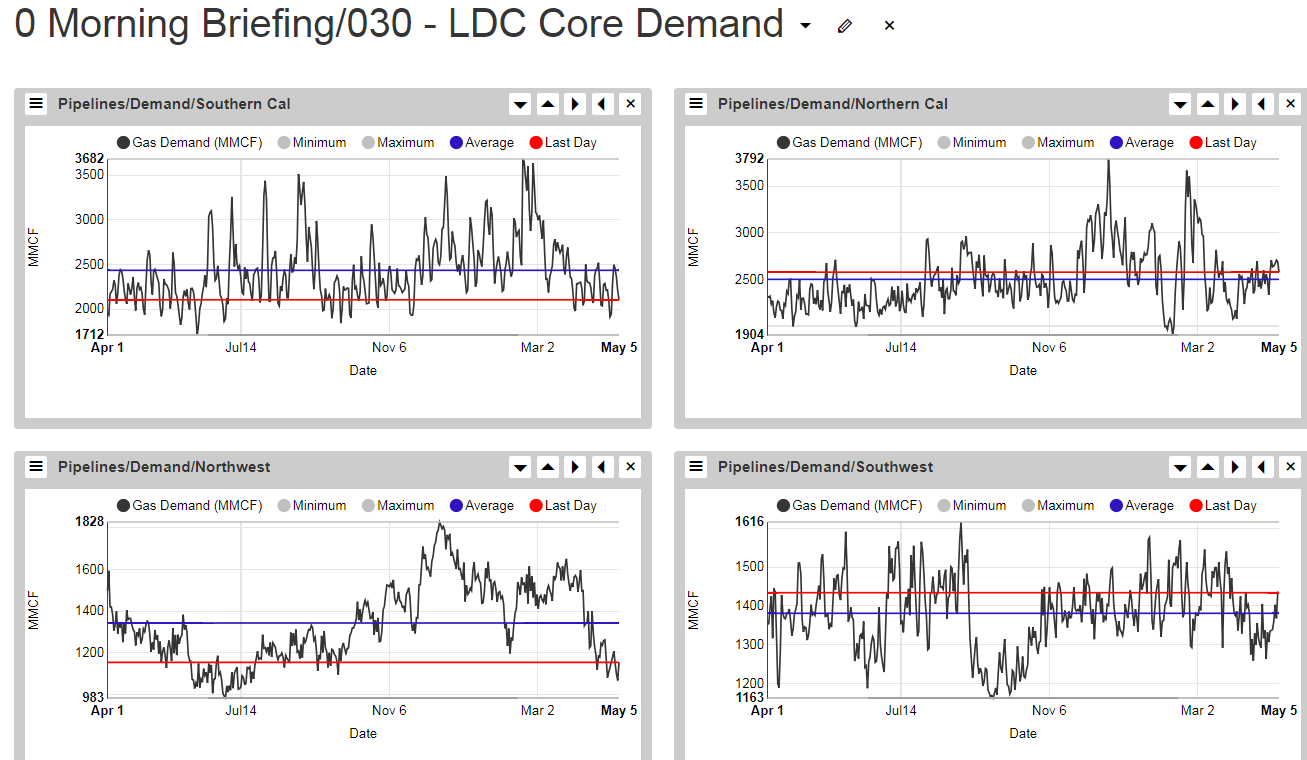 The LDC Indexes remain on life-support. 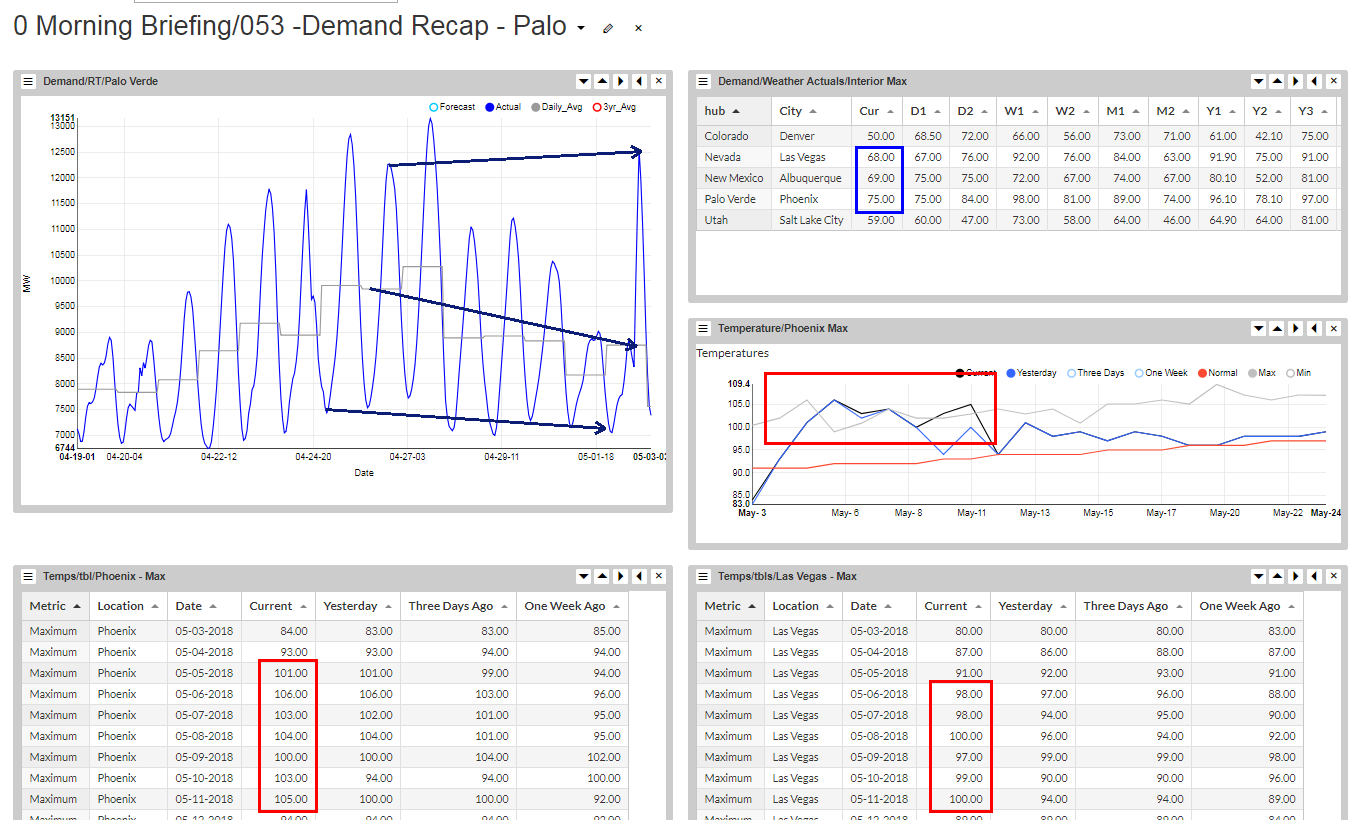 This will be the first big test of the SP-Palo spreads, or should we rename them the Palo-SP spreads? Phoenix is poised to suffer through a week of 100+, a few days approaching records. Her sister city, aka Sin City, doesn’t escape unscathed, Vegas also broaches 100 for a few days. Let’s see if cash on those sweltering days supports these wide PV over markets. 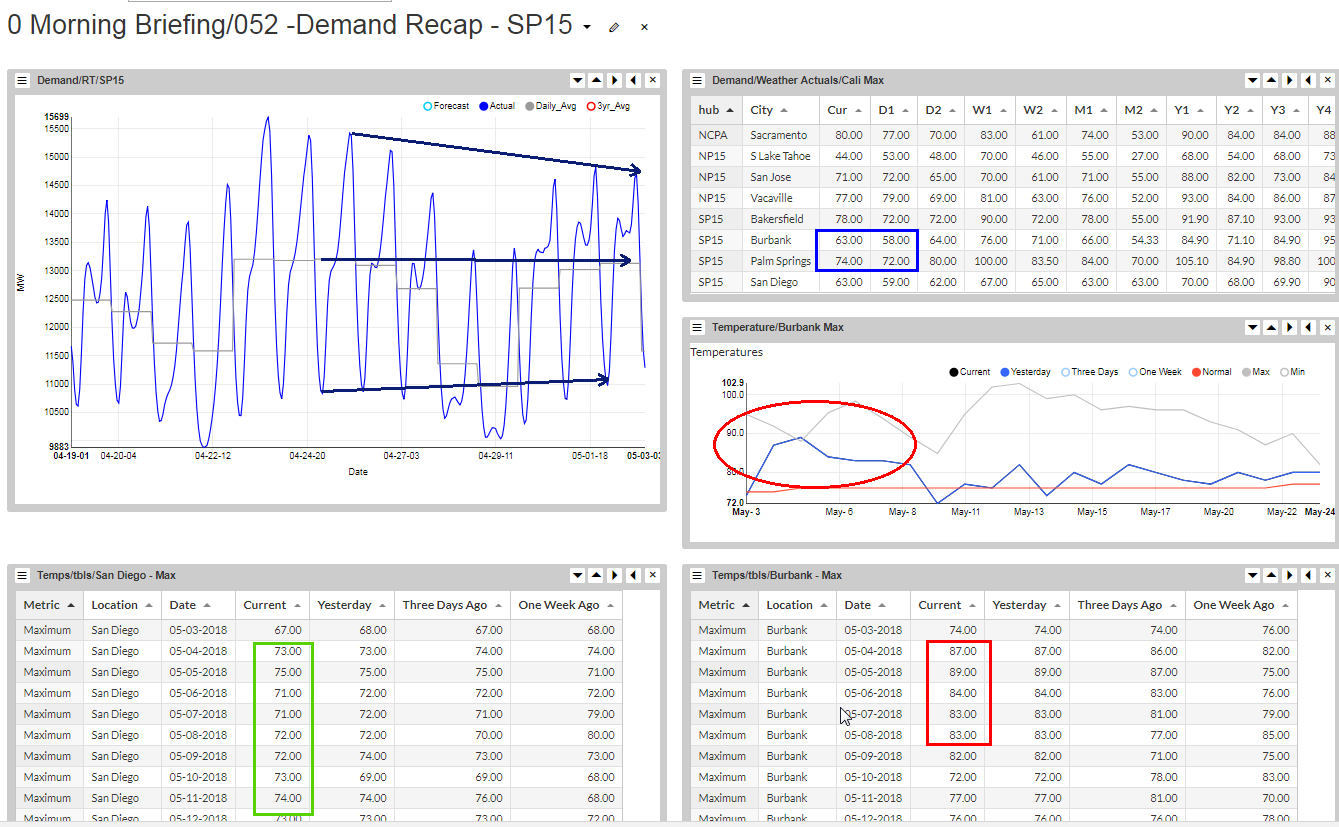 LA’s hot, San Diego’s not; pretty hard to get SP to break out if the latter can’t break 75 degrees. 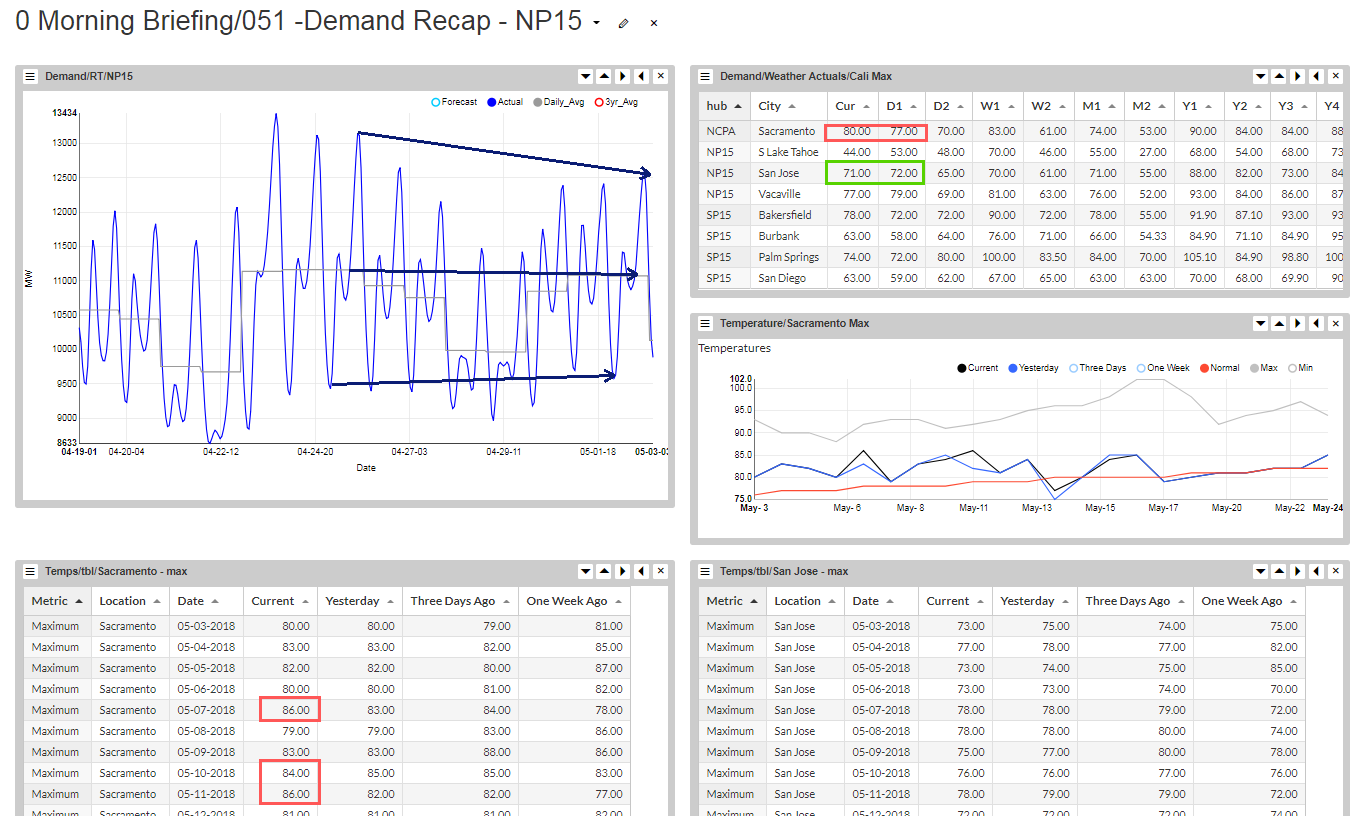 NP loads are off, but some modest heat is heading towards Sacto, not so much in the Bay Area. Hardly bullish in anyone’s book. 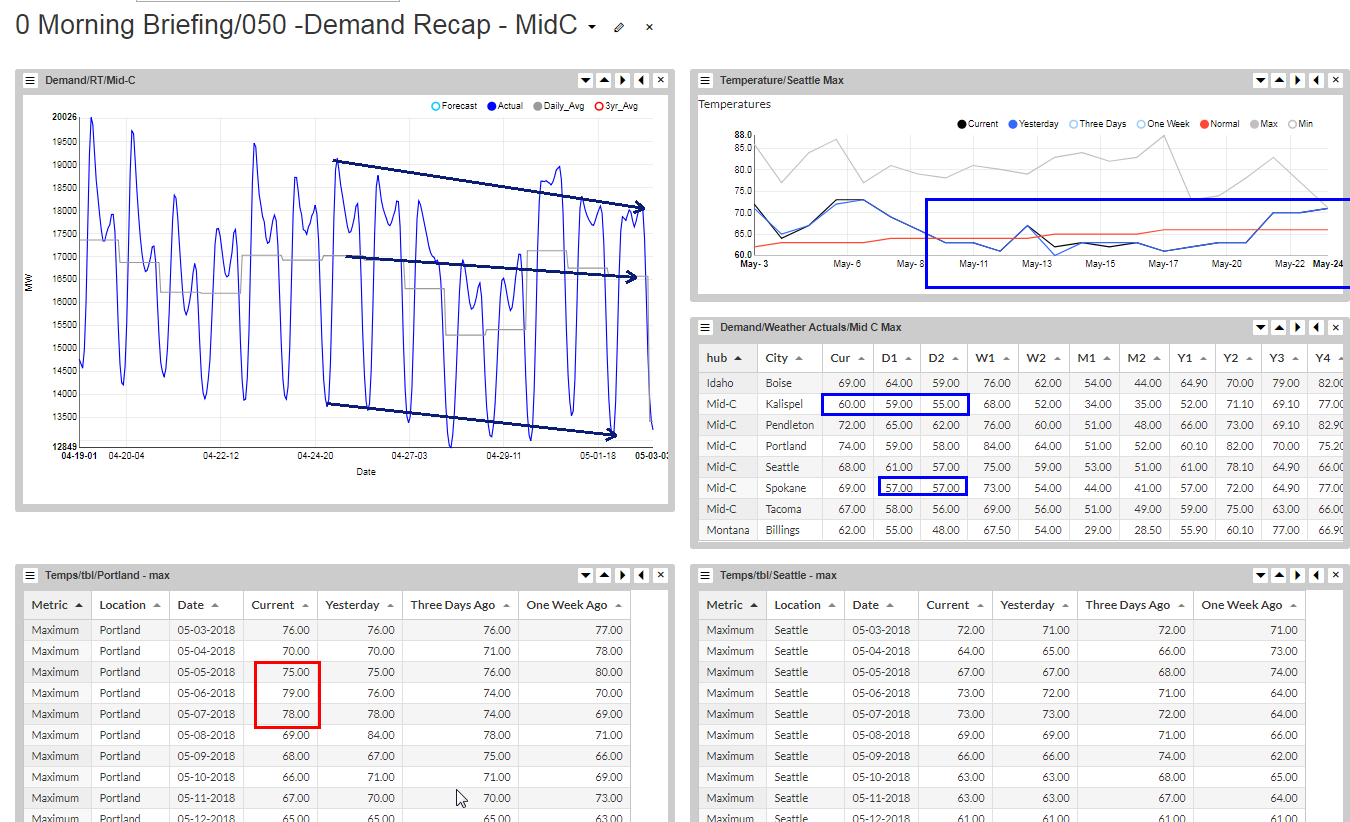 Loads are off, no surprise. What caught our eye was the 8-21 day outlook – nearly every day is below average. The PNW has realized some warm weather over the last week, another week of big heat is locked in, but beyond that, a cooldown is our current reality. That is interesting since the heat will drive another surge in natural river flows, then that cooler weather will just keep those flows steady insuring more pain in June and July. 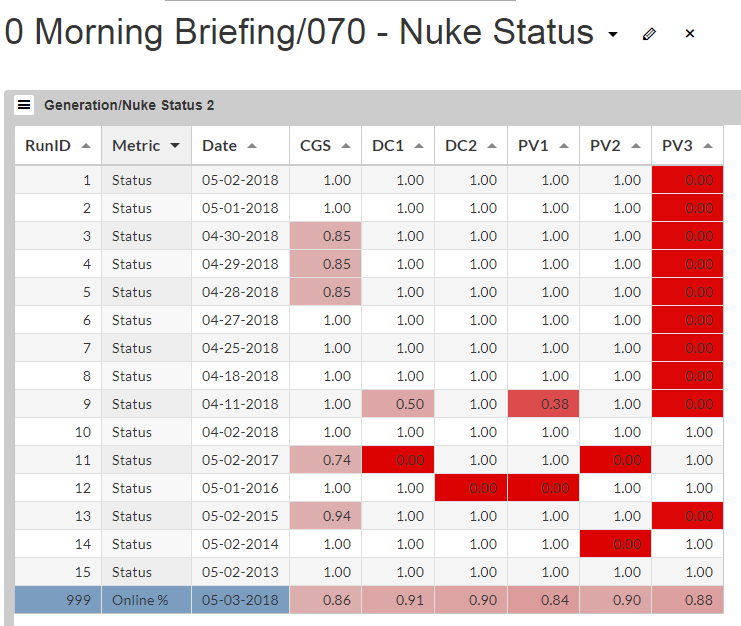 The PV#3 is still in refuel; there were some hiccups at CGS; we wouldn’t be surprised to see BPA take the nuke down once Coulee hits 220 kcfs inflows. 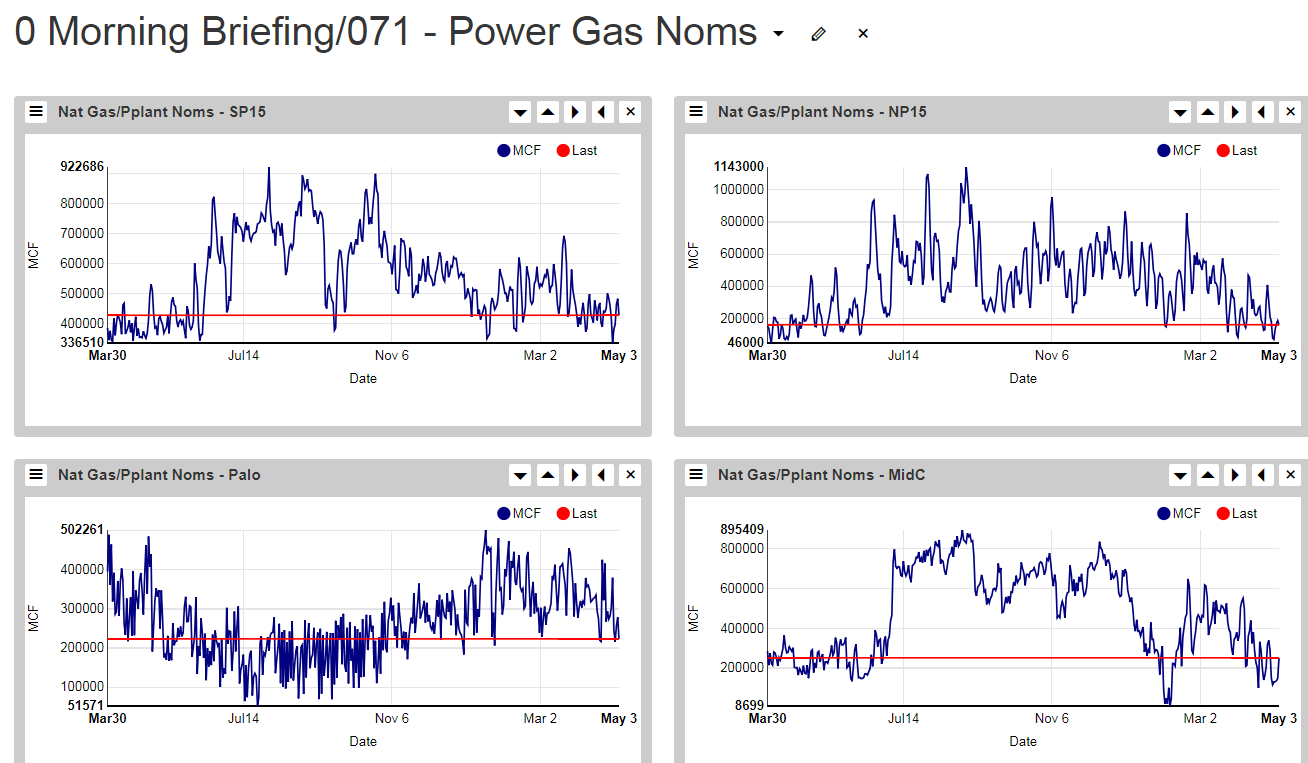 Power plant gas nominations are weak across the WECC, let’s look closer at MidC since the million dollar question is … Single Digit HL Prices? And, to get those, we need to knock all gas off the margin. 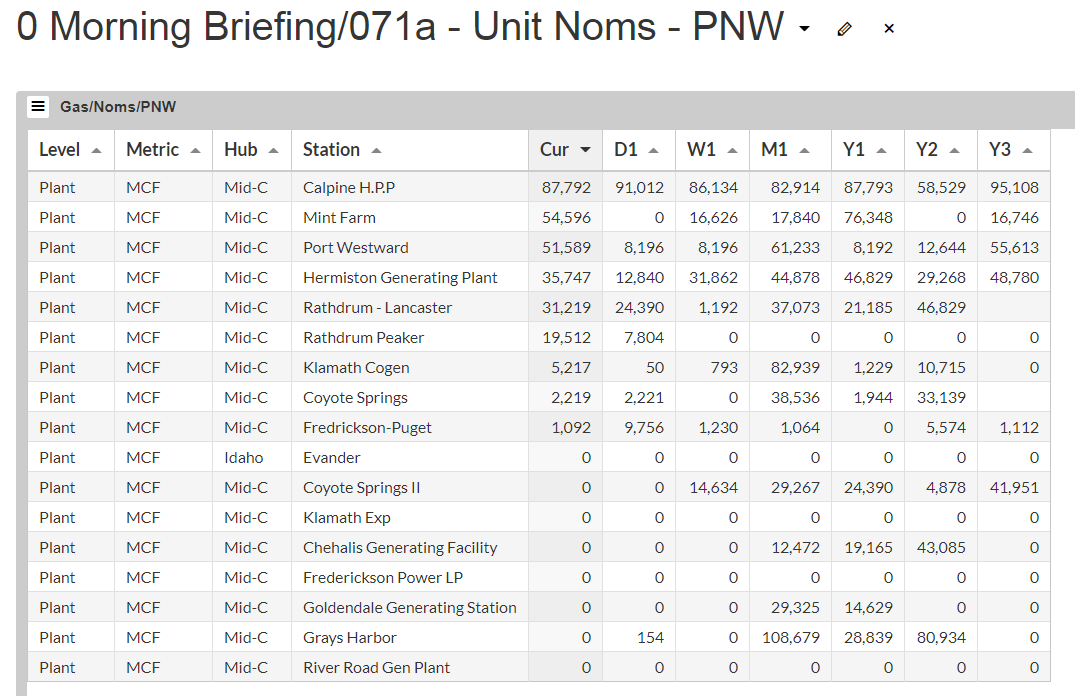 Not even close, but what happens with another 5000 aMW of hydro? All of ,those units are dispatched, can the system generate that much more? Isn’t it close to hydraulic capacity? It’s close, but not there, but maybe not get to 5k new energy. 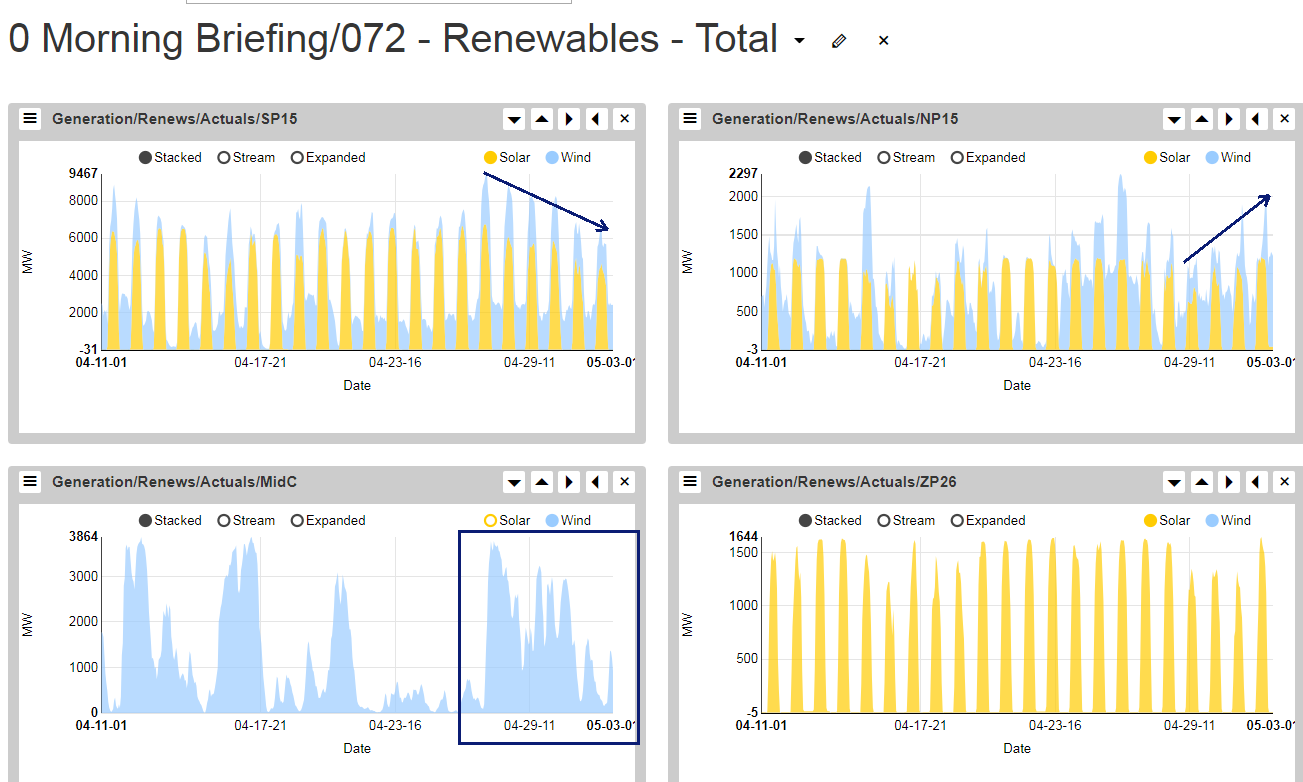 Lots of wind energy at MidC; SP renewables are off versus five days ago while NP saw a rally. 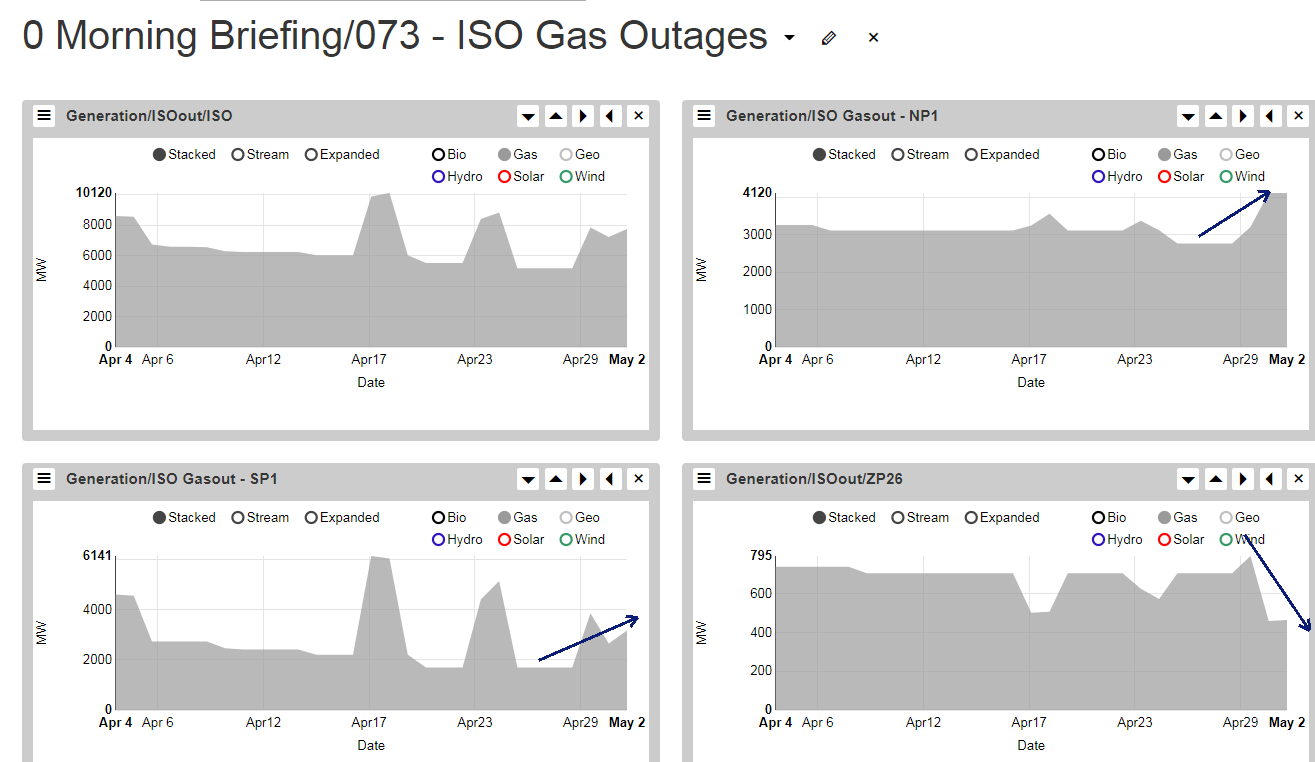 Choppy ISO gas outages, some hubs up, some down.

Apologize if it seems the blogs of late are slanted towards water, they are … and they need to be. This is the witching hour of runoff; massive pnl swings will occur based upon what Momma Nature does. We can’t control her, but we can read her tea leaves. Let’s start with temperature forecasts.

Recall, the last four to five days were below normal, now look what’s coming.  A solid week of weather warmer than the previous heat wave; both warmer and longer. Let’s see what last week’s heat did to flows:

Despite cooling off, the Clark Fork and Pend Oreille just kept rallying. The Spokane peaked and backed down off of the cooler weather, but not much. With bigger and longer heat coming, we expect all of these stations to continue rallying. Our targets, as of May 16, are:

Just guesses, but that would suggest 235 kcfs into Coulee, not counting the Arrow discharge. All of which pushes the system into no-man’s land; bear in mind, inflows from other streams below Coulee may cumulate to 50 kcfs suggesting about 300 kcfs passing Priest, by May 16. Forget about TDA/BON; those projects may see 500 kcfs.

But wait, hasn’t most of the snow melted? After all, it was hot. Don’t hold your breath …

This is a new dashboard that compares actual snow (left-side table) to % of Normal. We only care about inches at this stage of the game, we no longer care about “Water Supply,” we should only care about Timing of Melt. Per the left-side table, there is still a mountain of snow left; in fact, most basins lost but an inch or two out of 20-30″. Hence our issue with July and even August. Forget about June, that vampire has a dozen wooden stakes driven into its lifeless chest. There isn’t a snowball’s chance in MidC that June escapes this water year unscathed. Especially now that we see signs of a cooldown. 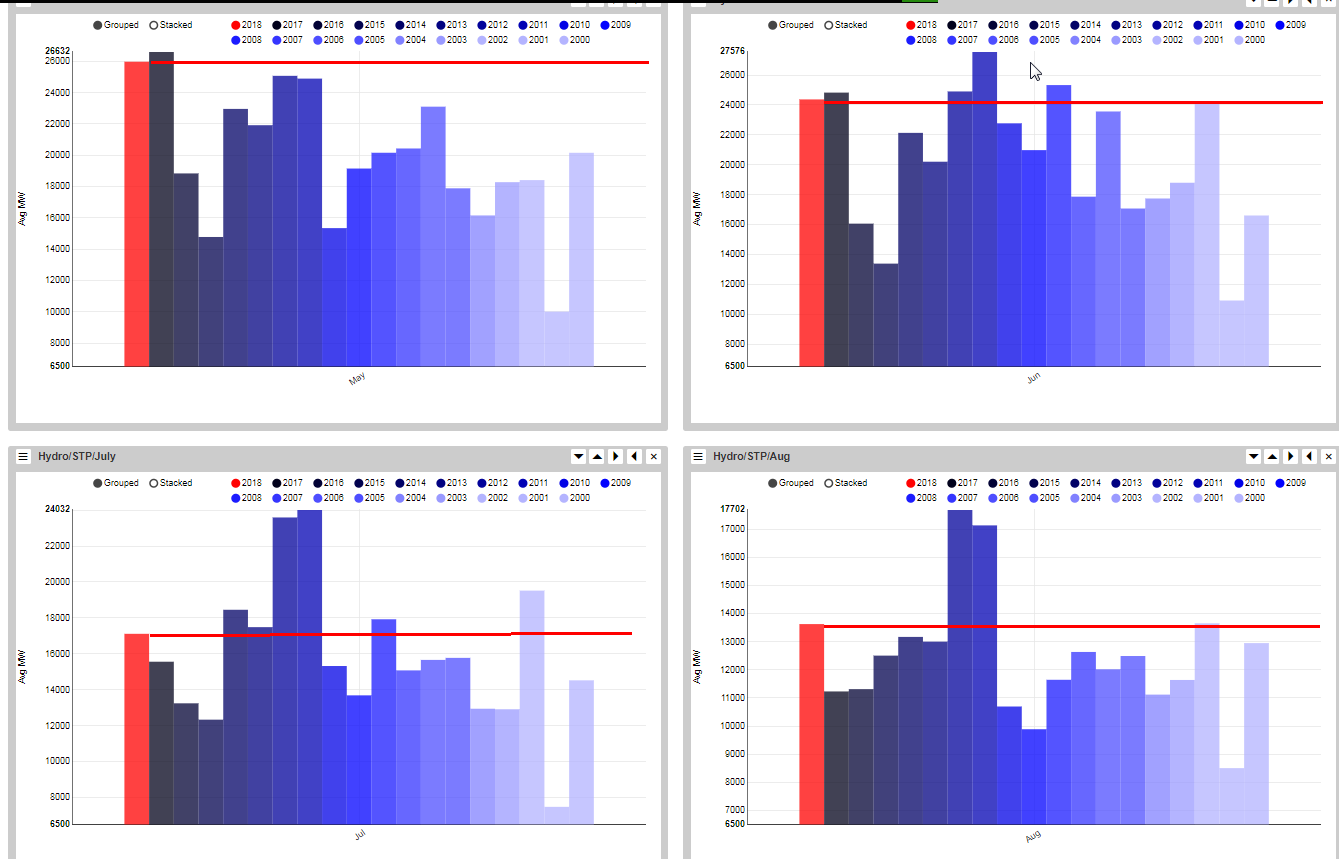 Back to our July-August rant; we still don’t get the NWRFC’s STP forecasts, we still think they are light. Agree if we see SWE Inches drop, materially, but we haven’t and hence believe this to be a long and sustained runoff that easily spills into July. 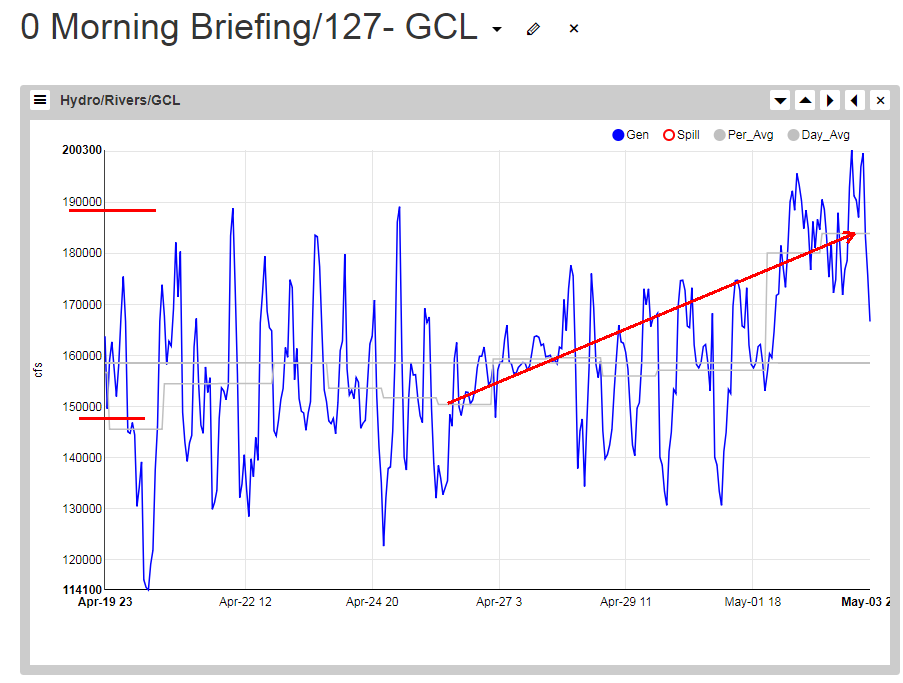 Case in point, Coulee discharge has soared 40kcfs, all the while it has cooled down. Just wait until we get seven days of 70-80s. 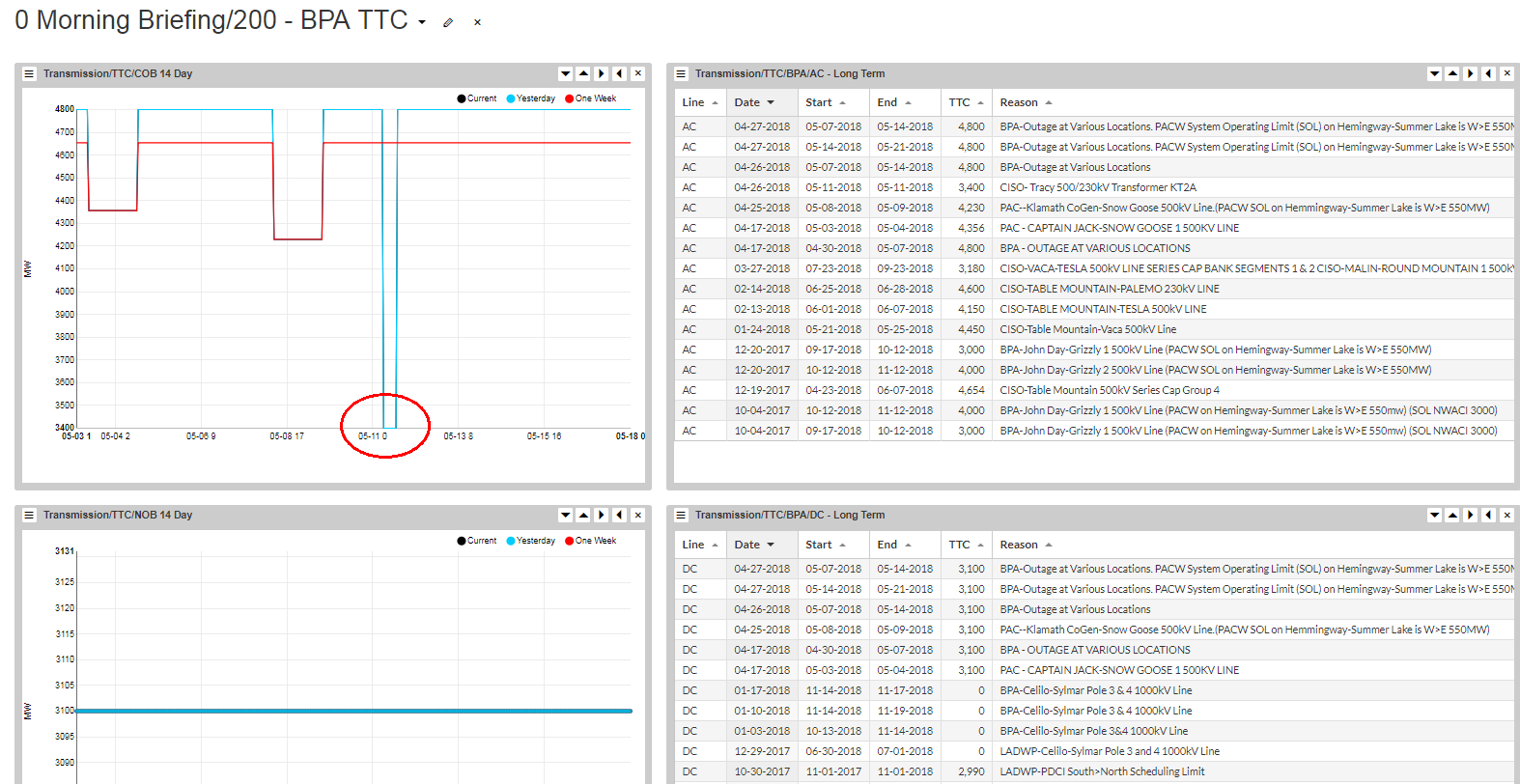 No material changes in BPA’s TTC. 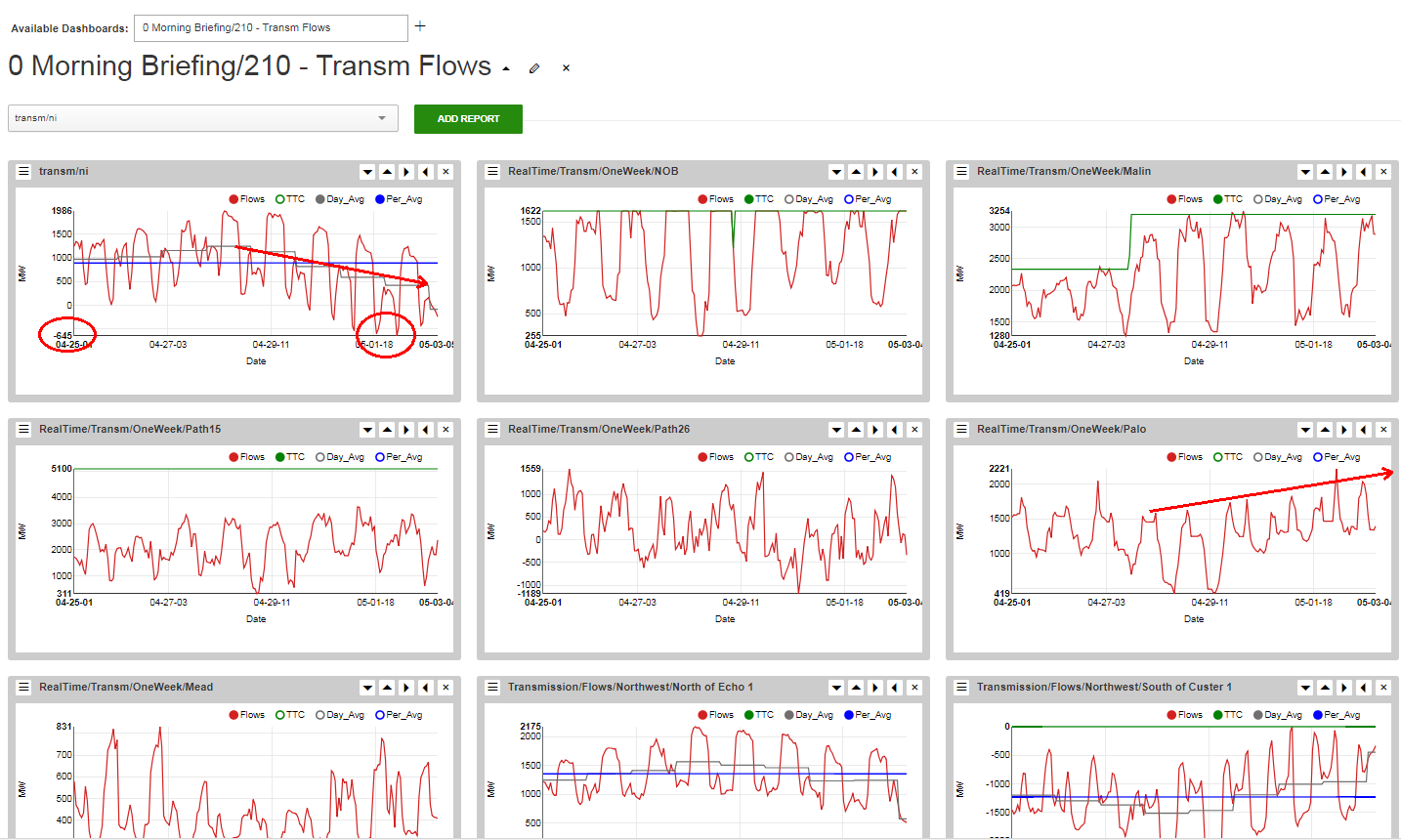 The Canadians quit buying and started selling on a few hours; it’s hard to see how they can keep doing that when inflows are poised to rally sharply. Palo is exporting more, but only because its loads fell; once the heat returns doubt they’ll be selling much.

Bullish Palo, even SP, and neutral at NP. Very bearish at MIdC, but let’s look at the market as everything is a buy (bullish) at the right price and anything is a solid short candidate if the price is high enough.