Massive increases to both April and May as hot weather finally come barreling into the Northwest.  This also marks the end of three straight weeks of minute changes to the forecast.  On the flip side of the coin, June took a 1,045 aMW haircut, ended its streak of consecutive weekly increases.  July shed 231 aMW, and August data continues to trickle in.

April gains begin immediately and extend into May, finally crossing last week’s path by the 17th.  This week’s difference was at its highest point on the 3rd at nearly 6,000 aMW.  Junes decrease began at the beginning of the month and lasted until mid-July. 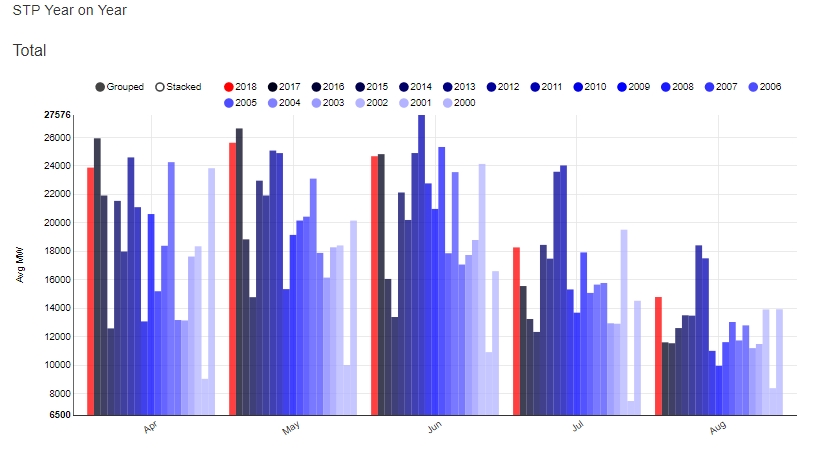 2018 April now stands out as one of the higher years of the past two decades, while May is the highest – less 2017.  July and August look to make significant increases over 2017 while June looks to be a transitional month in that respect.