April took back nearly half the massive increase we saw last week as 763 aMW was shed in the most recent update.  May continued its streak of increases with another 251 aMW, nothing too noteworthy but the month continues to build.  June was mostly unchanged with 33 aMW removed, but the month remains at an elevated level.  July tacked on a massive 1,178 aMW, bringing its total to the second-highest level we’ve seen this year.

April falls behind the previous forecast beginning on the 11th while the difference is at its peak on the 15th at 2,600 aMW.  The gap between last week and the current forecast tightens soon after and carries into most of May with sporadic gains in the latter part of the month.  June had few days with notable changes, while July began to see a gap in the second week of the month before eventually widening to 2,000 aMW by the last week. 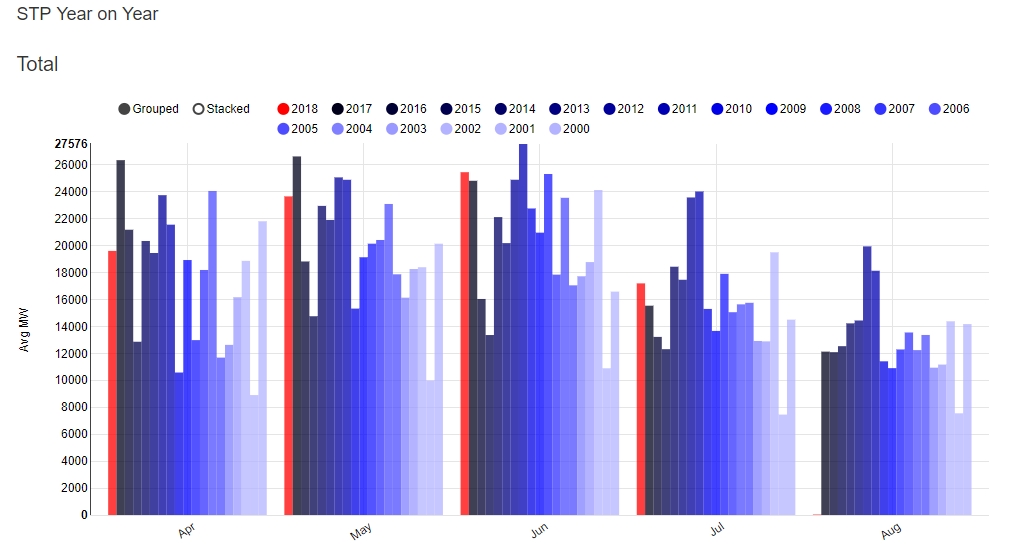 April lost ground on most years in the most recent update to the forecast and now trails 2016.  May more than held its ground on the other hand, now surpassing all year other than ’17, ’12, and ’11.  June didn’t add much this week but only trails ’11.