Here is a look at some gas fundamentals,

SoCal Citygate fell $0.34 day-on-day after cresting at $3.36 on the 3rd.  Every other hub has seen close to a 10% increase since Monday — Citygate is the only hub with a decrease in that span of time.

Burbank saw five degrees added to its forecast for Saturday, bringing the high to 72 and par with the average line.  The 9th also saw a boost as temps are expected to reach 83 now, 11 degrees above normal.

Salt Lake City minimums are shooting well above normal as today checks in at 14 above average and tomorrow at 16 above.  Next week looks like more of the same as temps are not expected to fall below 40.

Fairly mild consecutive days in store for Sacramento as temps will stay in the mid to low 60’s through Saturday.  Highs will peak at 76 by Monday but nothing warmer than that on the horizon.

Seattle lows will stay high through tomorrow as temps fail to drop below 49 tonight or even 50 tomorrow.  Friday’s low is set at 52, nine degrees above normal.  This mild weather will disappear this weekend however, as lows look to make a sustained journey below normal, even dropping into the 30’s late next week.

Change in daily storage fell to -135,940 MCF, its largest withdrawal since March 8th. 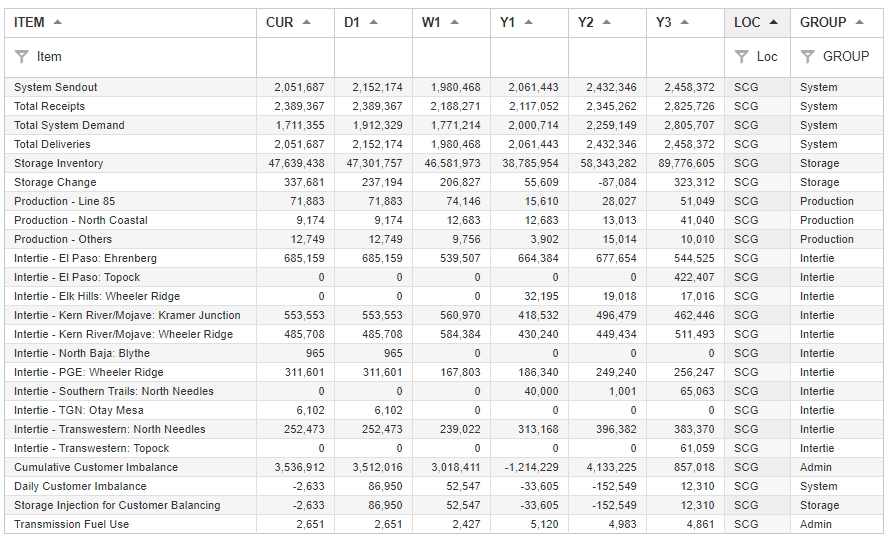 Transwestern: North Needles is on its longest stretch without an interruption.  The intertie has averaged just above 250,000 MCF since Feb 21st.

Total System Demand has shed 540,000 MCF since April 3rd and has more than halved since the end of February. 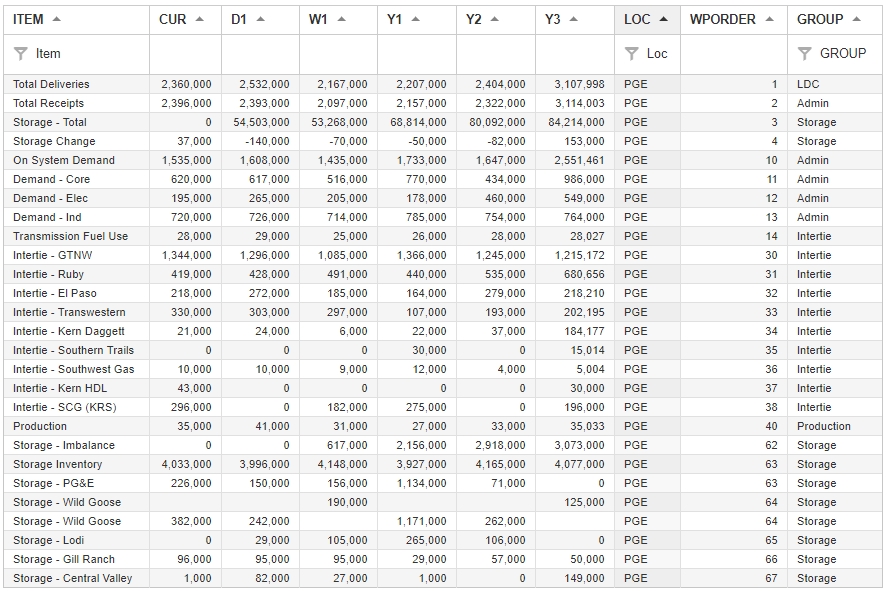 Storage moved just north of 0 today, settling at 37,000 MCF, the first addition to storage since April 1st.  Storage is down 115,000 MCF overall since last week.