It’s four mundane increases in a row followed by a sharp reduction in July for this week’s STP update.  March tacked on another 210 aMW in the month’s final update and continued the trend of weekly increases.  April was close to flat with just 105 aMW in change, while May wasn’t much more exciting as 141 aMW was added.  June topped off the small increases with 96 aMW, though July finished this week’s update with a much more noteworthy 1,310 aMW reduction as averages were filled in with actuals (in terms of forecasts anyway).

March’s gains come from the 30th and 31st as every day prior was essentially a match of last week’s forecast.  April gets small increases in the beginning of the month but are mostly washed out by alternating decreases through the remainder of the month.  May gets a large bump from the 14th-17th, then essentially holds par through the third week of July. 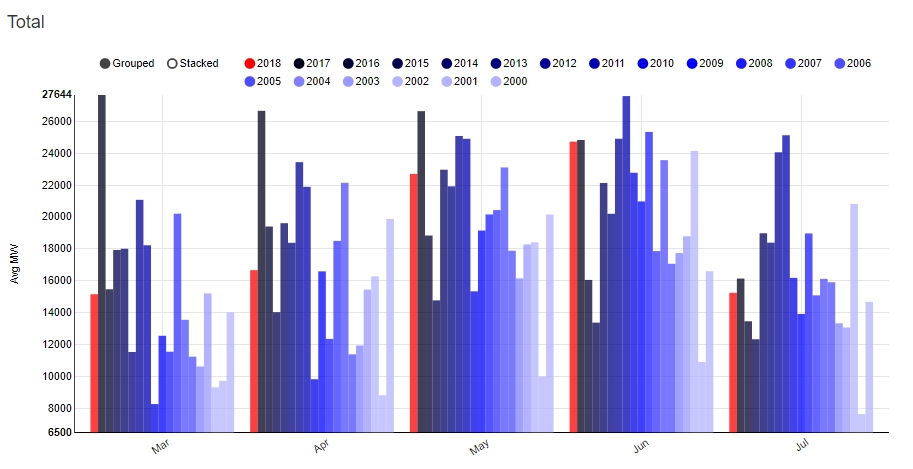 March continues to look fairly average, while May and June push their way into the upper quadrant of years this century.  June in particular looks significantly higher than most water years.

Most of this week’s forecast makes sense; not much changed from last week, aside from below normal precip and temperatures. The latter forced a snowmelt deferral into June or July, or even August. The former reduced the overall volume, but not by much. Let’s look at July from a historical perspective: 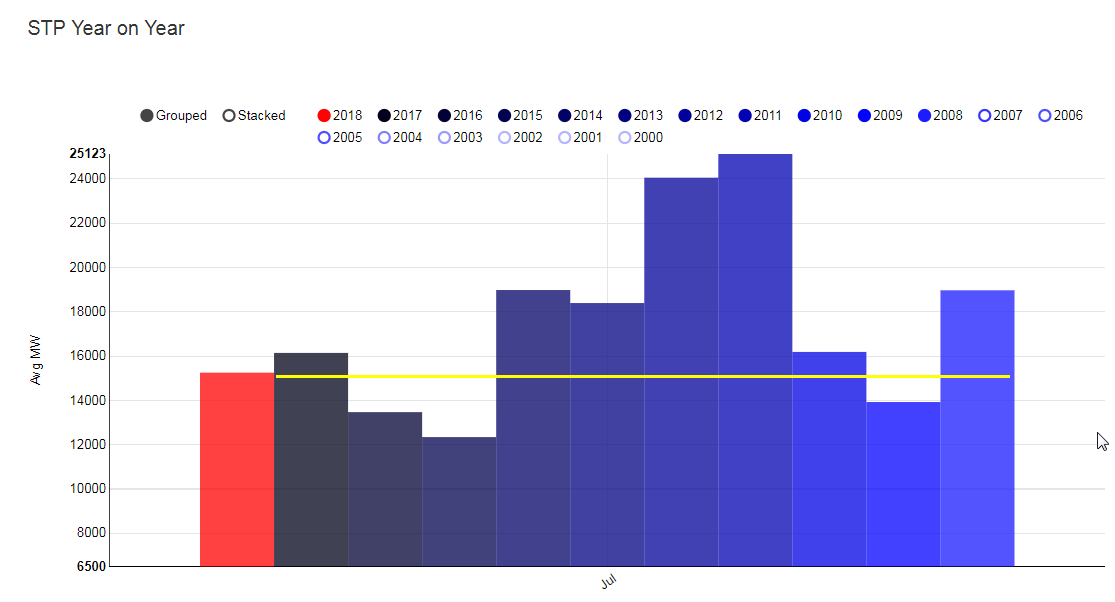 The yellow line is this year, this week’s forecast. Note how many years are well above the current forecast. Next, let’s look at where the snow is at, as of yesterday: 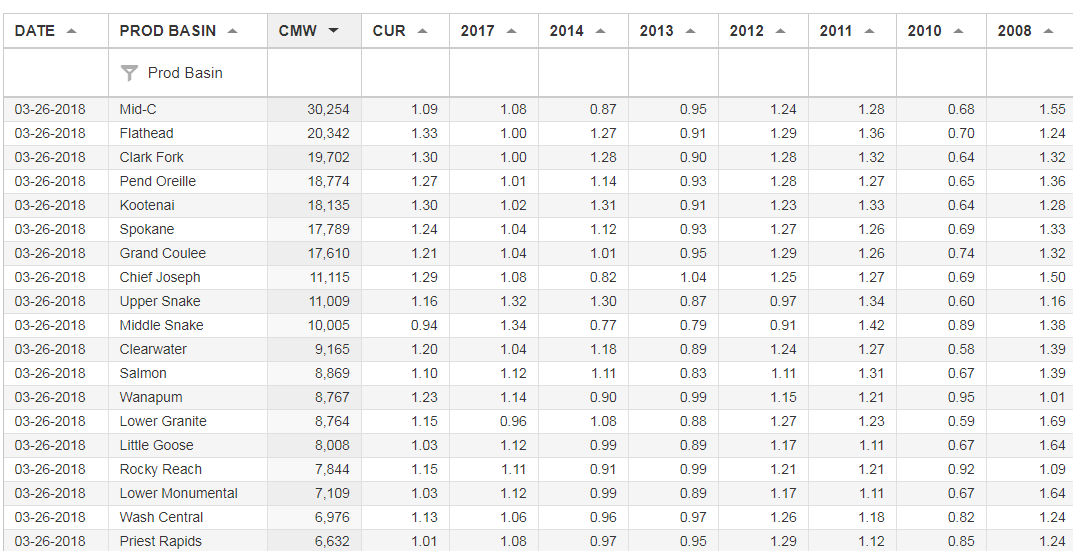 These are anomalies as of Mar 26 for each of the above years. Only 2012, 2011, and 2008 are above the composite MidC metric. Since the biggest anomalies are above Coulee, the melt will last longer than if they were on the Snake, which should push July up even more. Instead, the RFC takes it down. Do not agree.