Our cash takeaway was bullish outside of the ISO, bearish inside. Let’s see what market ops are out there. 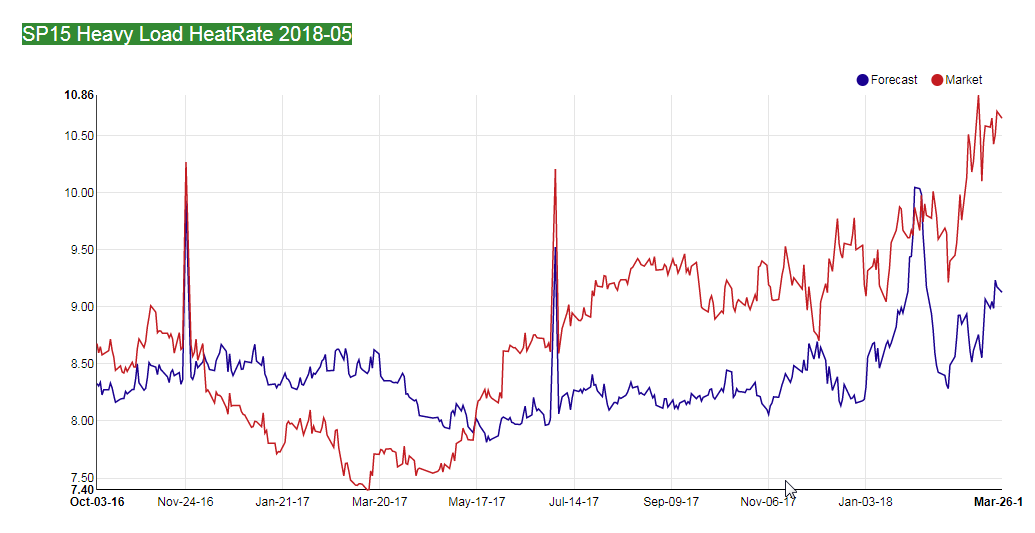 No one will sell SP, not even the gencos, yet we saw negatives in the DA over the weekend, and we saw a 1000 aMW rally in hydro energy. And, we don’t see any significant load spikes in the current forecast, so why does this just keep going up? One reason, every time you bought it you made money; every time you sold it you lost. If there ever will be a correction, it will be in the next 3-4 weeks; if there is no correction, off to the races …again. 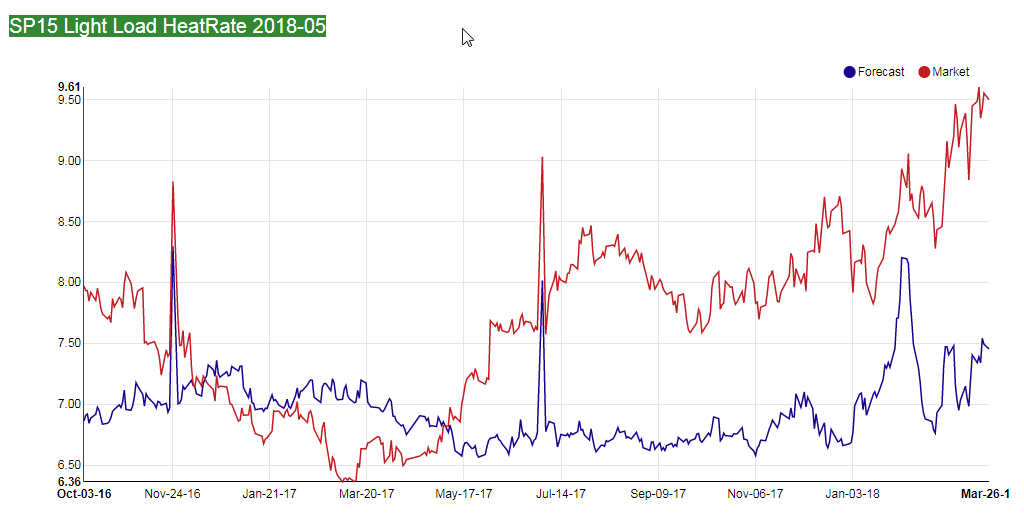 The LL version of the same, and even more over-priced. Still, takes a brave woman to stand in front of this freight train, everyone else who tried is now just a splattered puddle of body mass on the tracks. 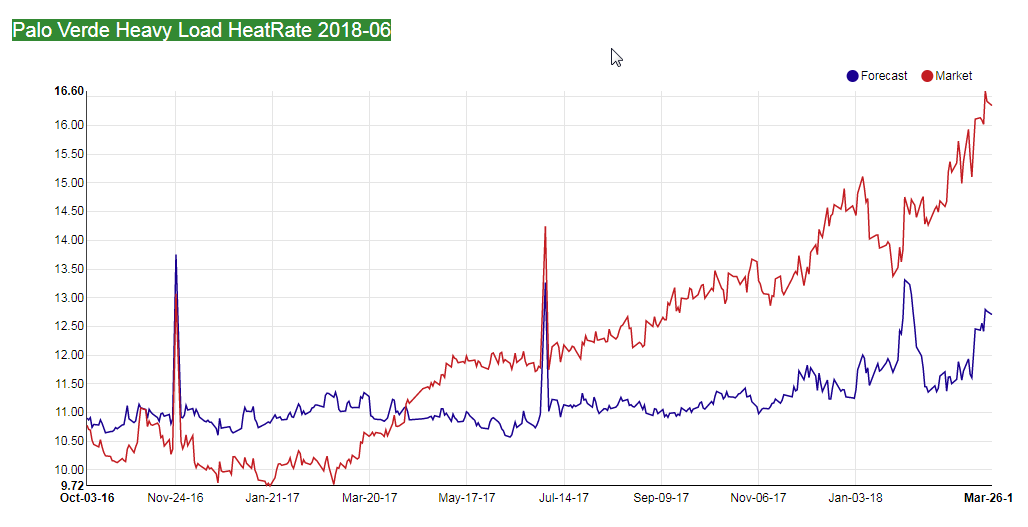 Crazy chart, crazy heights, but at least Palo has some cash fundies to support a term rally. We also know a nuke is coming down soon, and its hot in Phoenix. Still, what does the market know today it didn’t know four months ago? 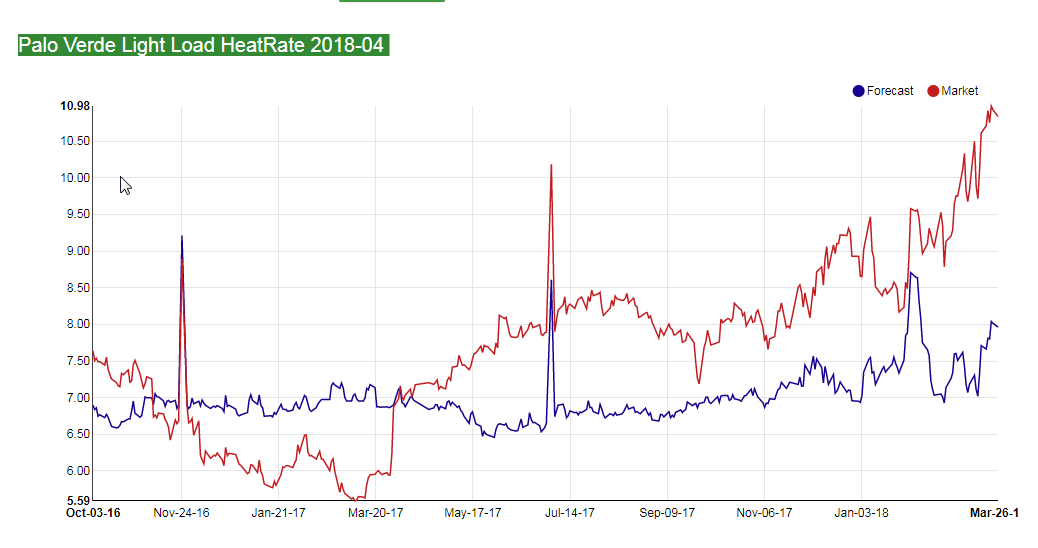 This one is easier to short, its now prompt month, soon to go delivery. If the ISO is weak, and it most likely will hit bottom in April, Palo will struggle to find a home for its light load. We’d sell this. 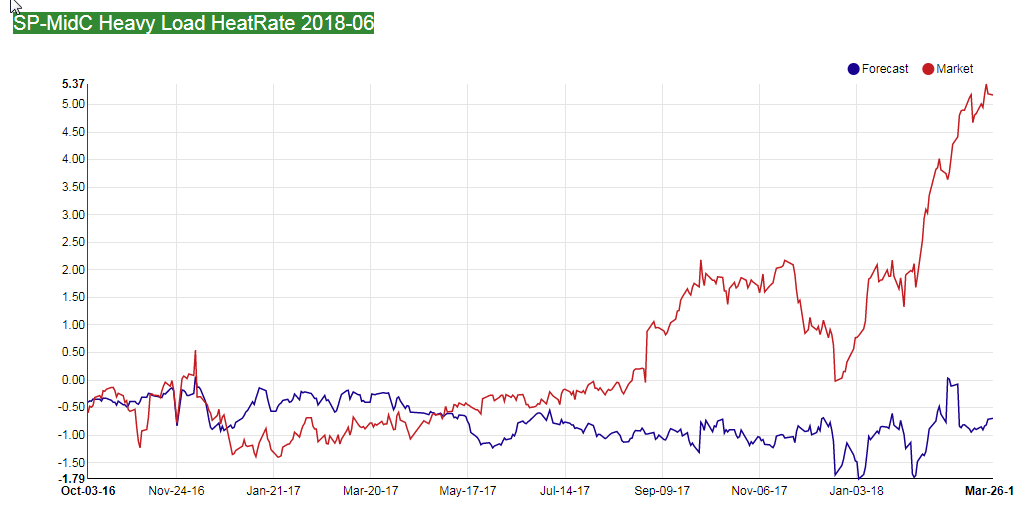 Not saying we disagree with the direction, the magnitude might be suspect. In the last four weeks, the fundamental value of the spread has declined, not increased. SP saw a 60 increase in ISO snowpack; the northwest was just sideways. Sure, there were deferrals of melt into June in the Northwest, but we’d be thinking about cash. If April spreads collapse, which they just might, won’t the term come down in sympathy? 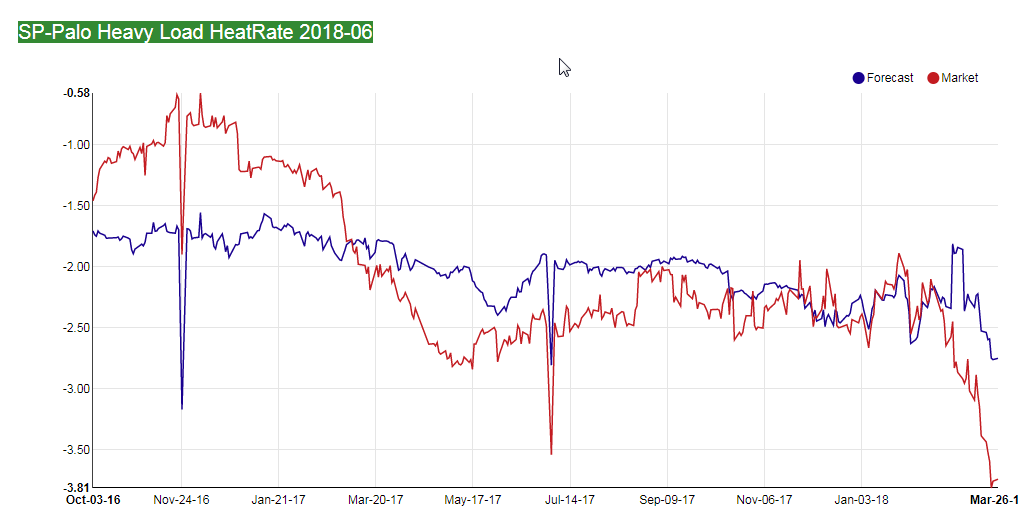 The SP-PV June is a head-scratcher, too. Not because it widened, it should have off of building snow, but the levels now are kind of crazy. We’d have no choice but own this, only because it is cheap. 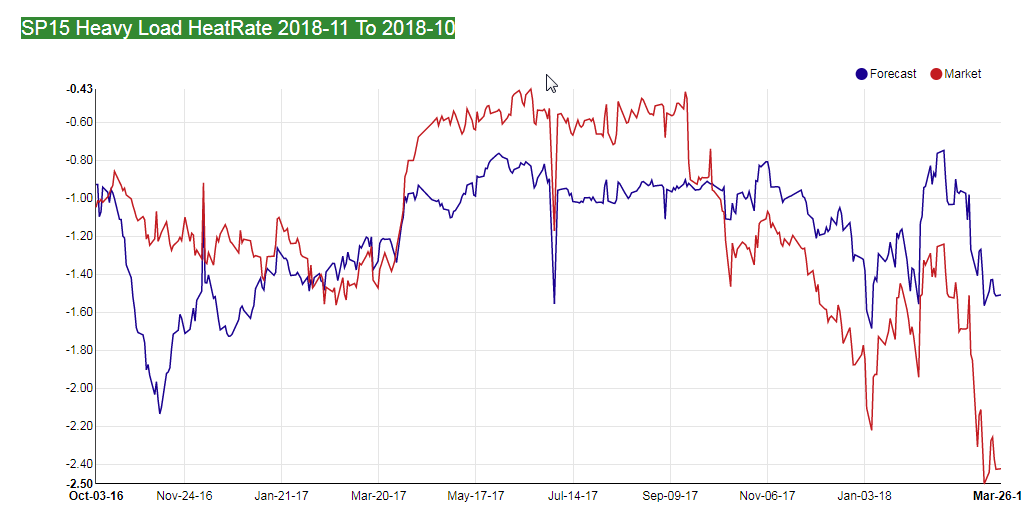 This is cheap too, the Nov-Oct roll at SP. it has been cheap for a while, but we’re not sure what is new today we didn’t know a month ago. 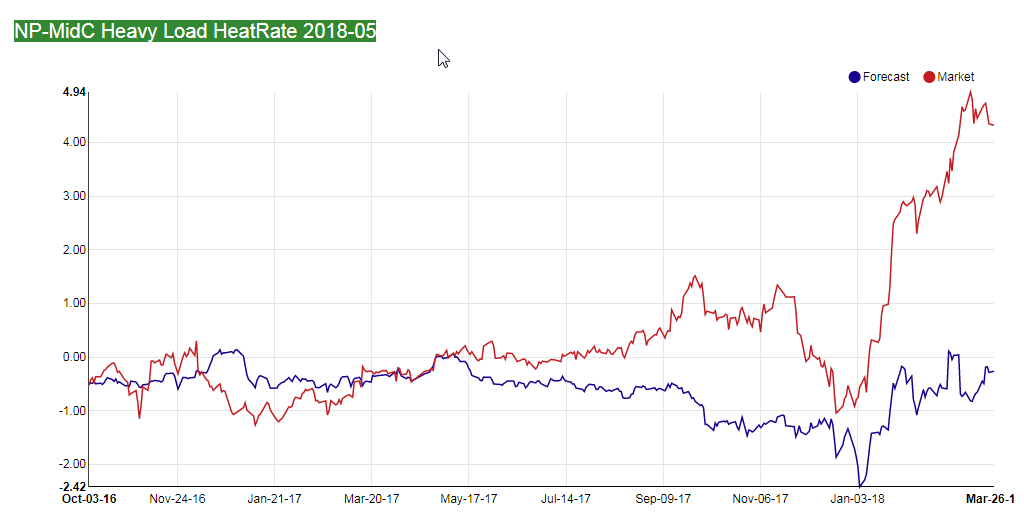 Need to put on your daddy pants to short this, but we’d be tempted to consider doing exactly that. Our take on the MId-C is more bullish than bearish for the next ten days – which puts us into April as BOM – and more bearish in the ISO, especially at NP. May is soon to be prompt and will have strong elasticity to cash. OK, we’ll short. 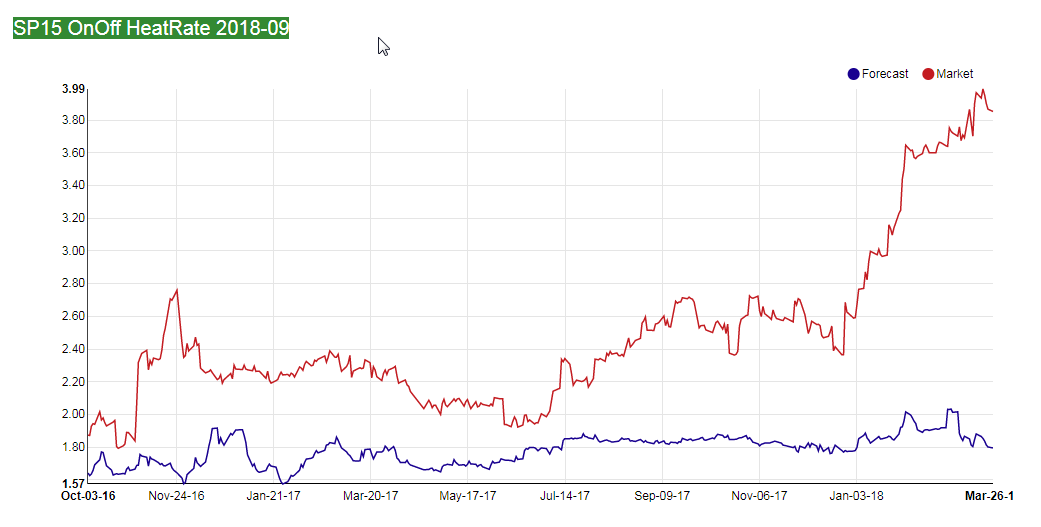 Shorting is selling the daily call; we’ll pass as there are better bullets to load into our AK magazines. 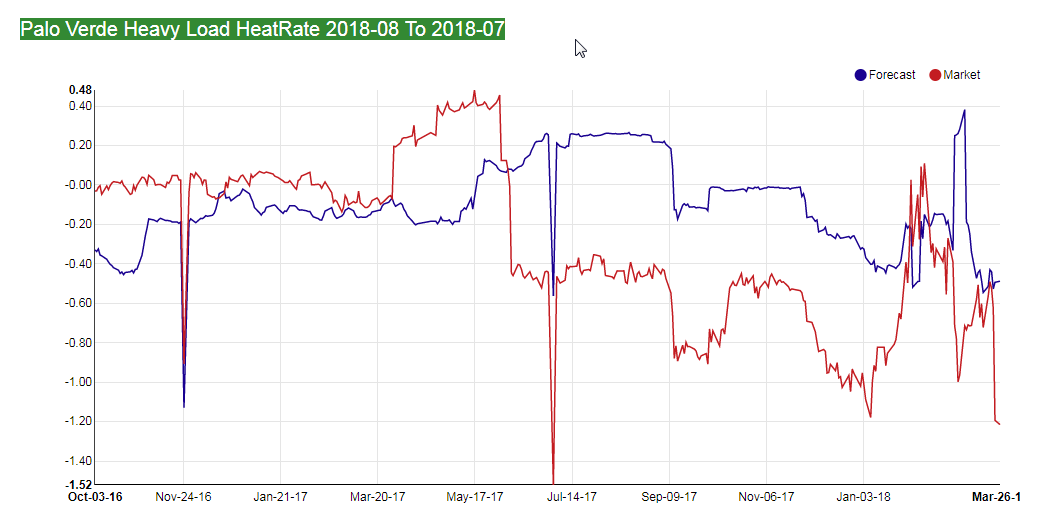 This seems cheap, especially since the trend is more cool than hot, and the ISO has to work through more water than they did a month ago. Plus this recent crash lets you own it near contract low.

And don’t get this, either. More significant water in the ISO is more bearish NP than SP, yet the market sees it the other way. We’ll sell it because it is rich and fundamentally miss-priced. 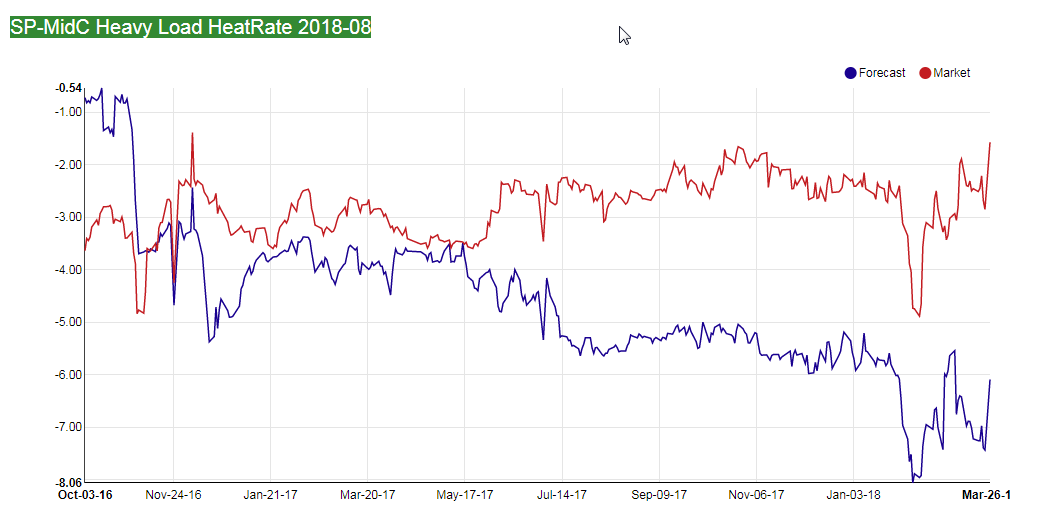 This is one we wouldn’t sell, because of all of these melt deferrals at the MidC. 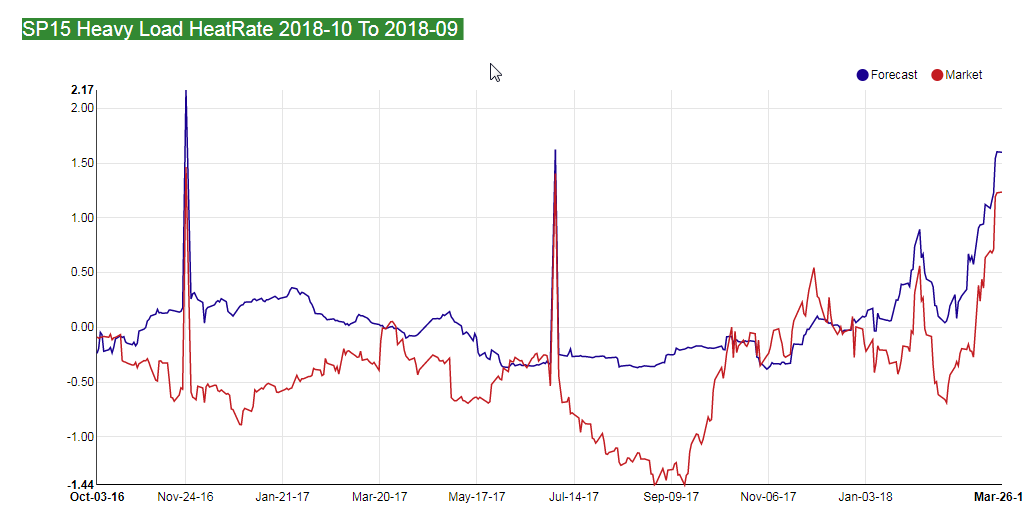 We’d sell this, the Oct-Sep SP HL, as it is a cheap way to own some SP summer. 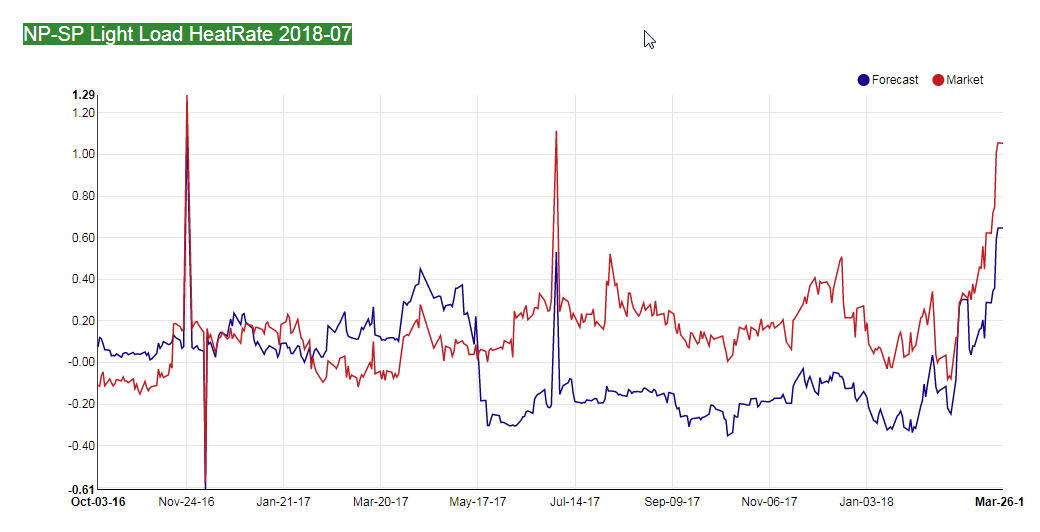 I’d sell this, too given the ISO’s water situation. 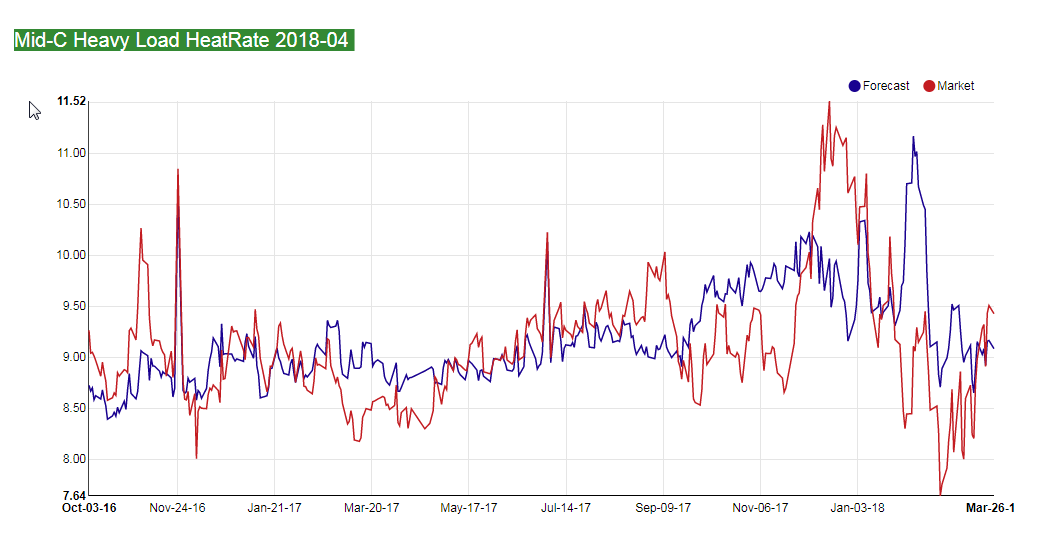 Nice April rally, the longs got paid and are still getting paid. Given cold/dry, I see no reason to sell, unless you just like cash more than mtm, but we see more juice to be squeezed. 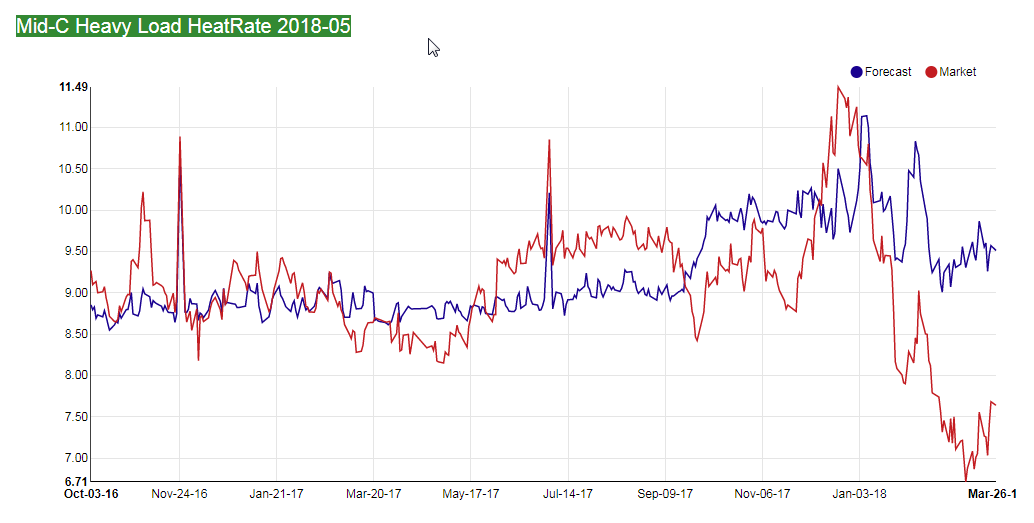 This, the May HL, just got easier to own after seeing the ten-day temp forecasts. Once May turns prompt, and if BOM stays cold, this is going to be a rocket ship. We were long, we still are. 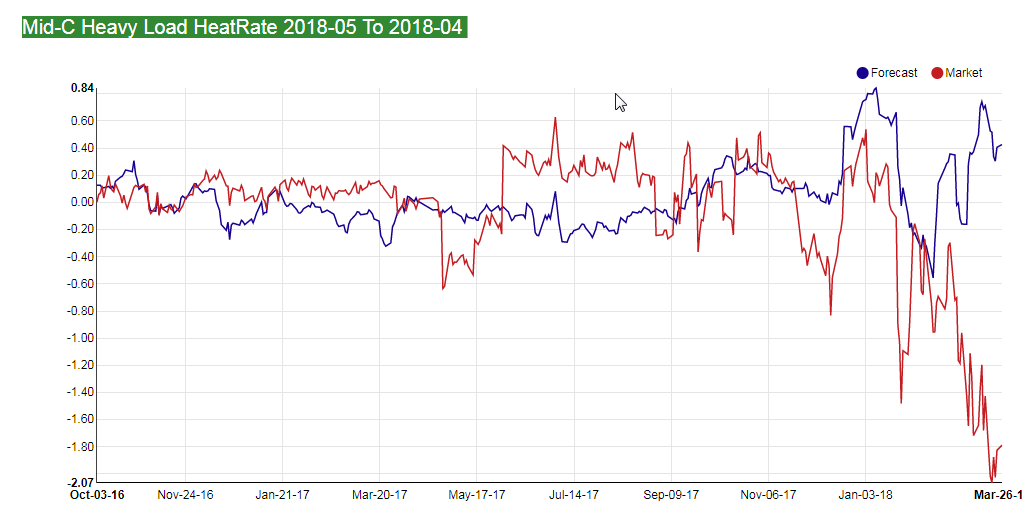 We’re long both, but if I had to pick one, it would be May, but I’d rather be long both. 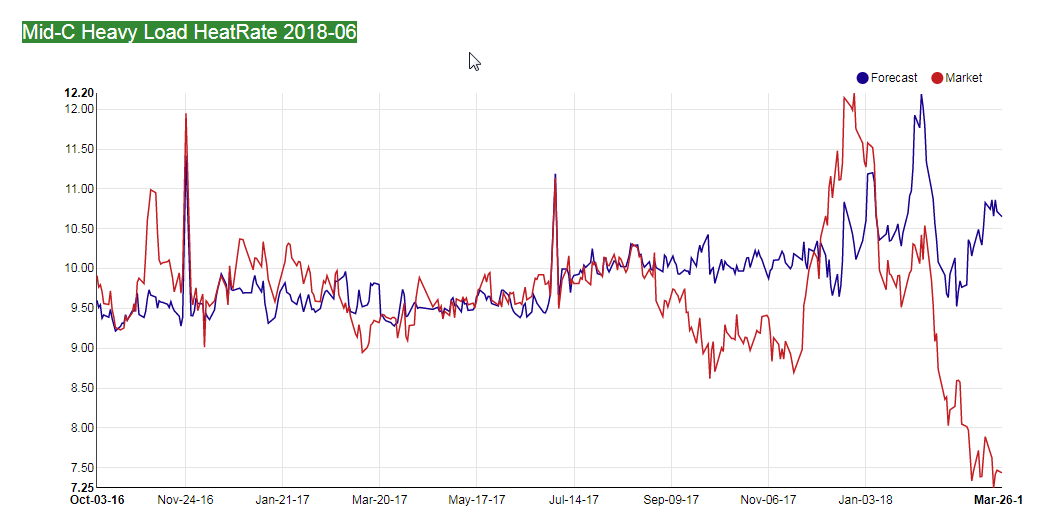 I’d even consider buying this, as long as the temps stay below average. That is only because the Mid-C might start looking cheap if cash clears 10k heat rates in April, which it just might. Remember, the fish spill is just around the corner, and the melt hasn’t started. Where is that water coming from? 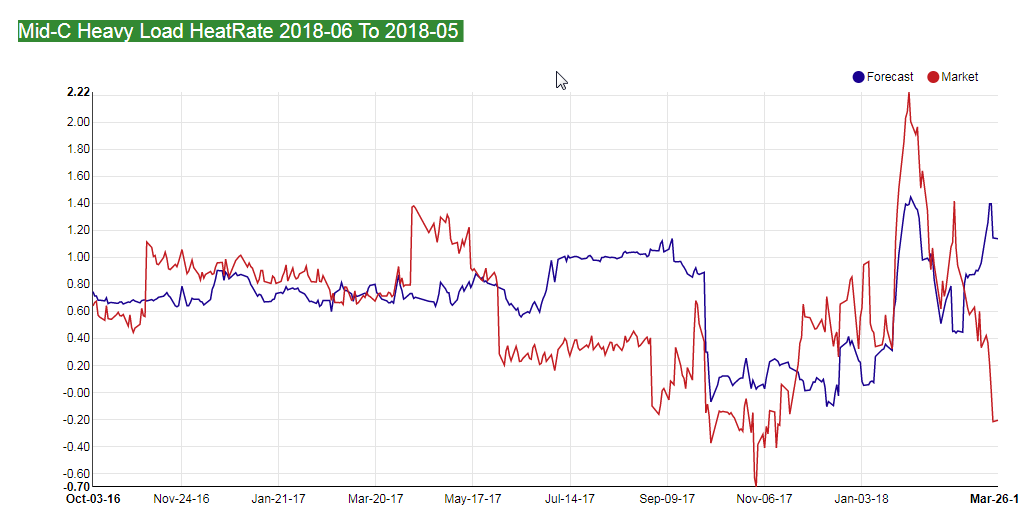 We’ve shorted this for a while and would be tempted just to take it off today. Why? How right do you need to be? A bird in the hand, etc. 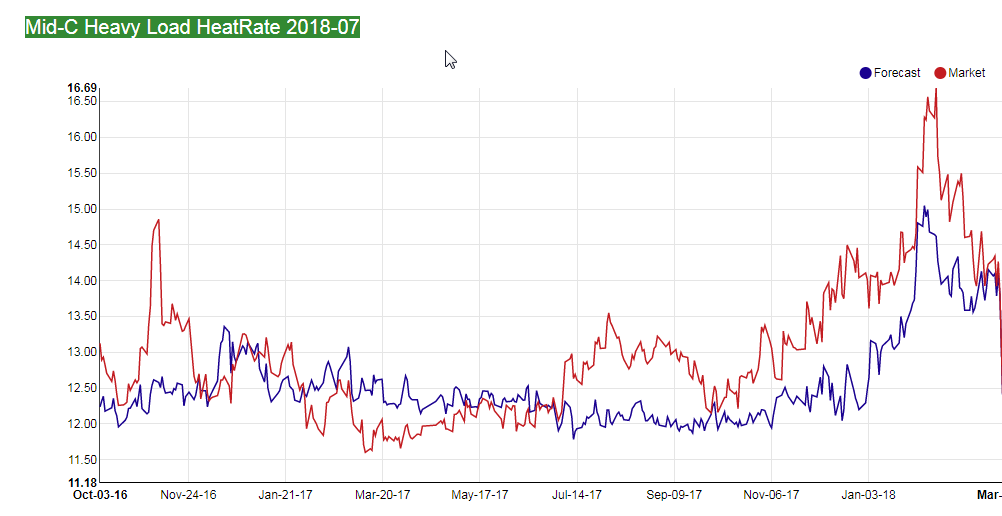 We’d sell July, still, despite coming off. It may be priced fairly if you just sat on it, and on Aug 1 compute your PNL, but who does that? It’s called trading, plus we want some shorts to offset the Apr-may length. 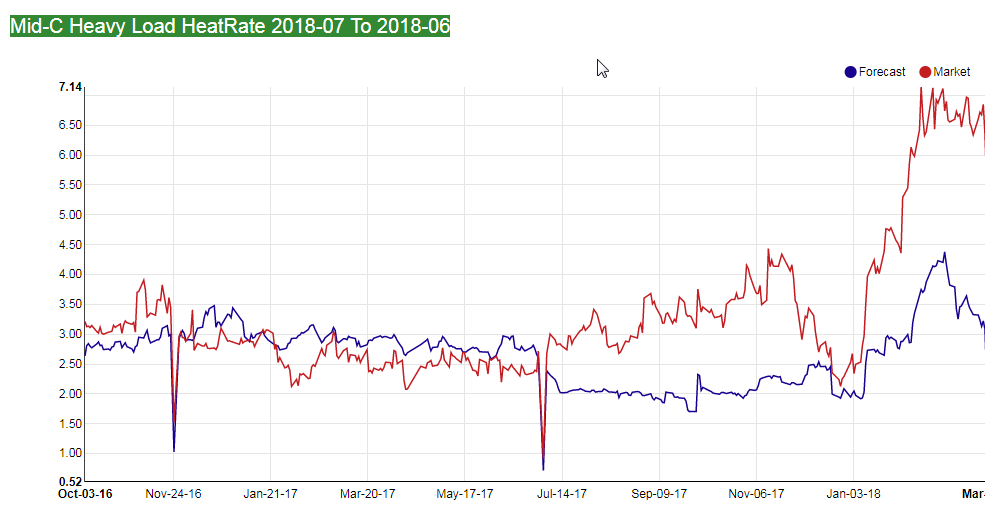 I’d sell this for the same reason. In this type of water year, big snow and cold spring, August will not come out of this unscathed, yet its price looks like a 70% water year.