The cold dry trend continues in the Northwest while the Southwest warms up, after working through some cold weather in the 1-5 day. Let’s see what the market thinks.

You can own the Q3 to Q2 Palo LL roll at near contract lows. Not sure I’d buy it, you only have a week before the Q2 expires and you’re left with the legs on the long side to manage. Still, if you have a big book, most likely this will pay if you hold it until Sep 30 and take the index. How much of the Q2 premium is driven off of 122 degrees in Phoenix last June? What if it is just 105 in Phoenix all of June and the 122 falls in July? 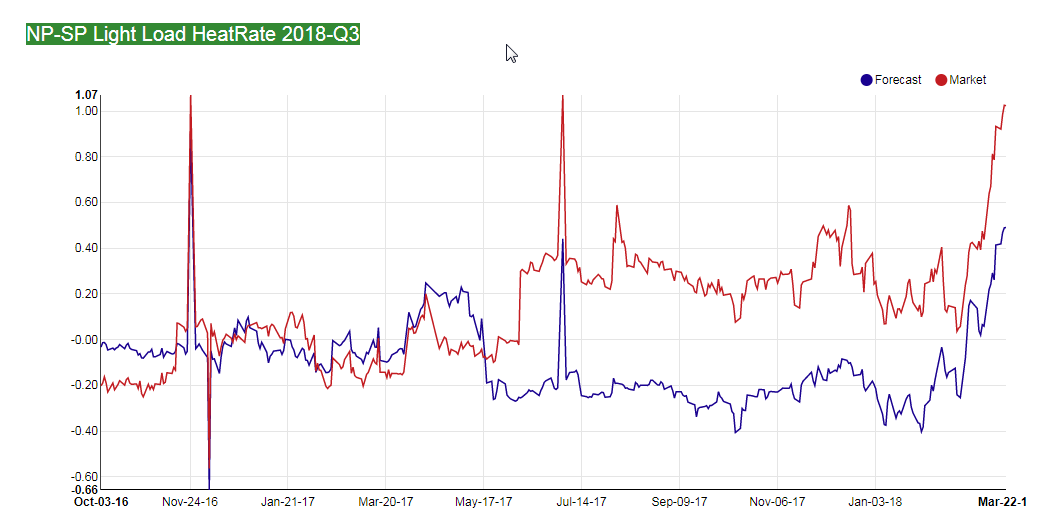 NP’s Q3 LL premium to SP is at a contract high, and we just scratch our head and ask why? The snow is building, reservoirs are going to be fuller, and NP is more impacted by water than SP. 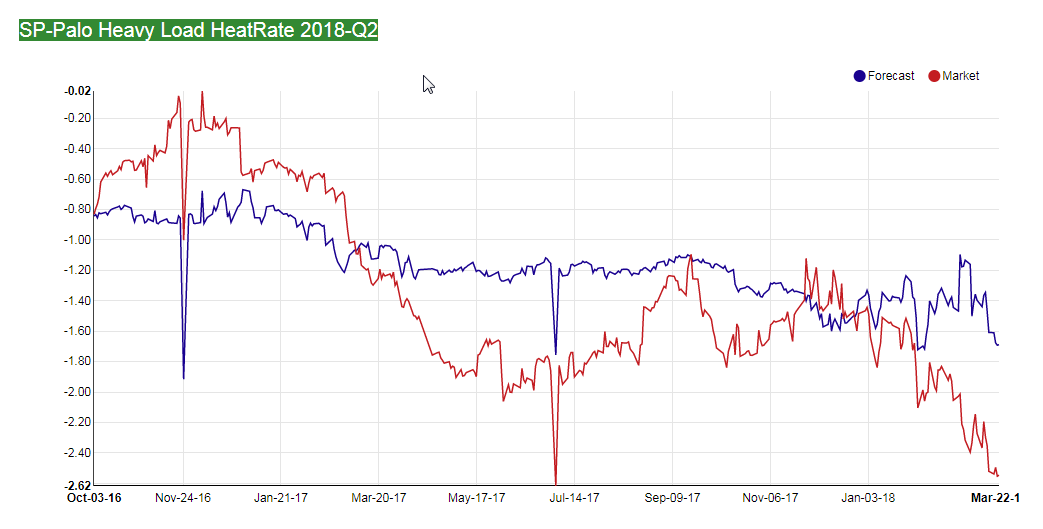 This spread just keeps collapsing, and you only have a week left to trade it as a Q. It is cheap, but not sure too cheap, given a growing snowpack inside the ISO. That said, PV is congesting like a 50-year smoker with hay fever in the spring.  Won’t cash impact the spread? I’d be tempted to buy it and get the big April payday then dump the legs, or not, as long as Phoenix doesn’t get roasting hot. 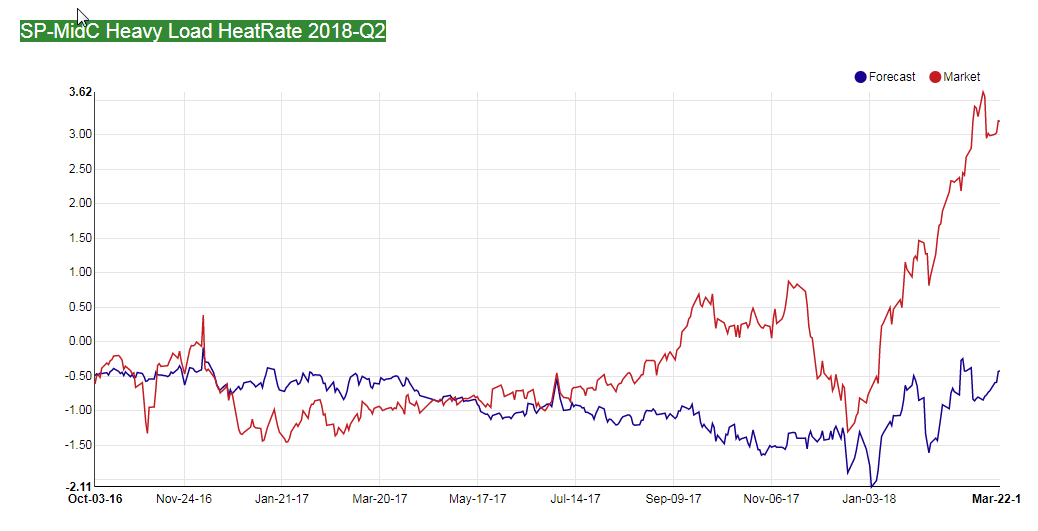 Same story with the SP-MidC; maybe it is value, but it is fundamentally not was bullish today as it was three weeks ago because of growing ISO snow and an increasingly bullish April MidC. I’d be tempted to short this and then manage the legs, most likely you’ll see some nice paydays in the first few weeks of April. 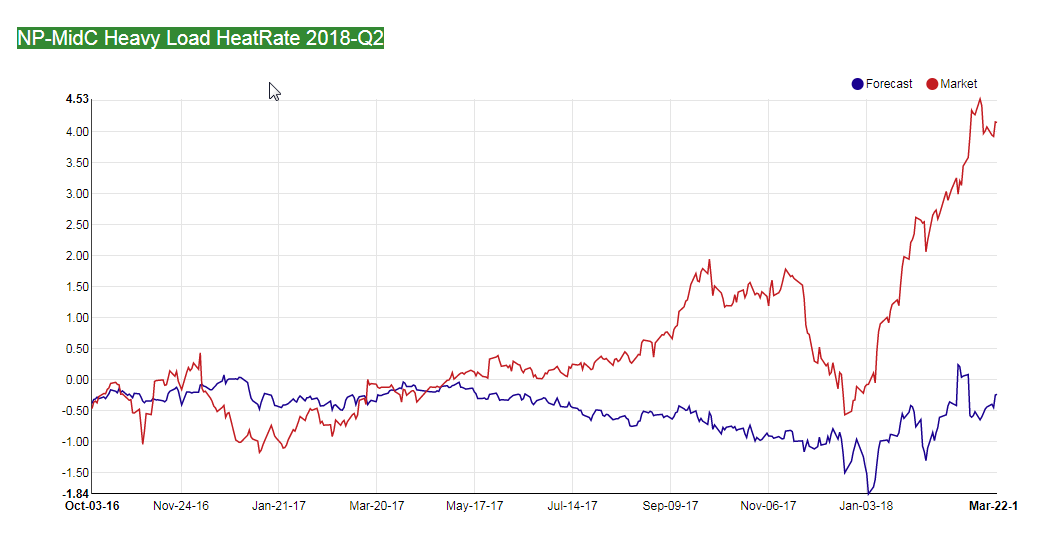 Same trade, just at NP, and same conclusions. I guess if I could pick one, it would be at NP because: 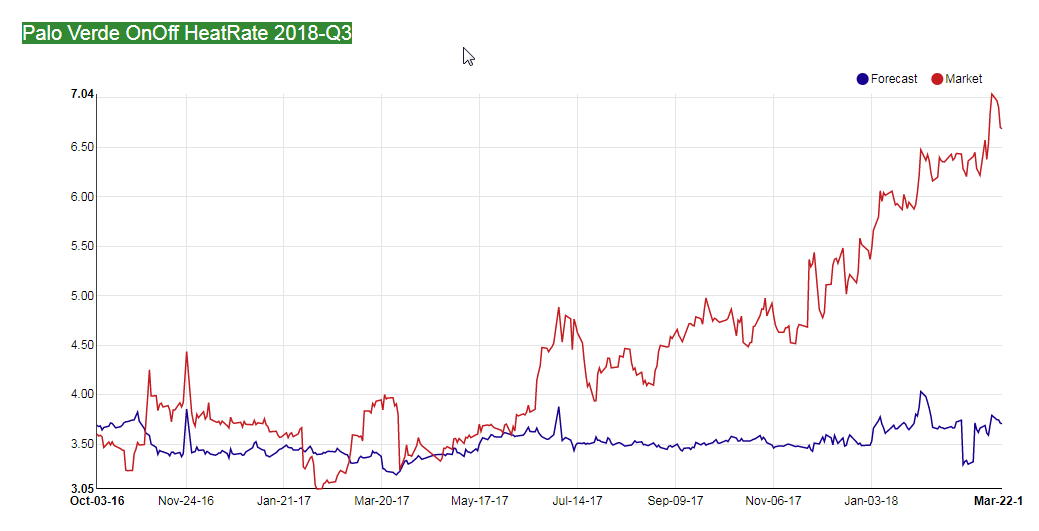 We talked about this last week. Selling the on|off is selling the daily call, a dangerous proposition for summer. However, this is priced ridiculously high; you’d need more record Phoenix heat to lose money on it. 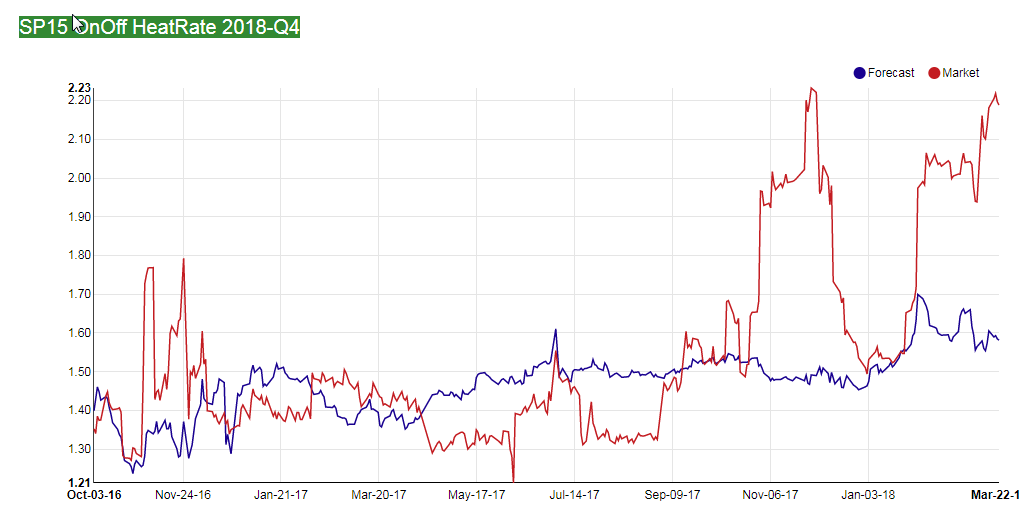 Another on|off, at SP Q4 2018, and yet another contract high. Last time it reached these levels, in Nov, it cratered 750 btus, now has crept back up. The ISO’s water year is still awful; water will be a scarce commodity, very little will be used for generating power. We’d expect the spread to tighten. 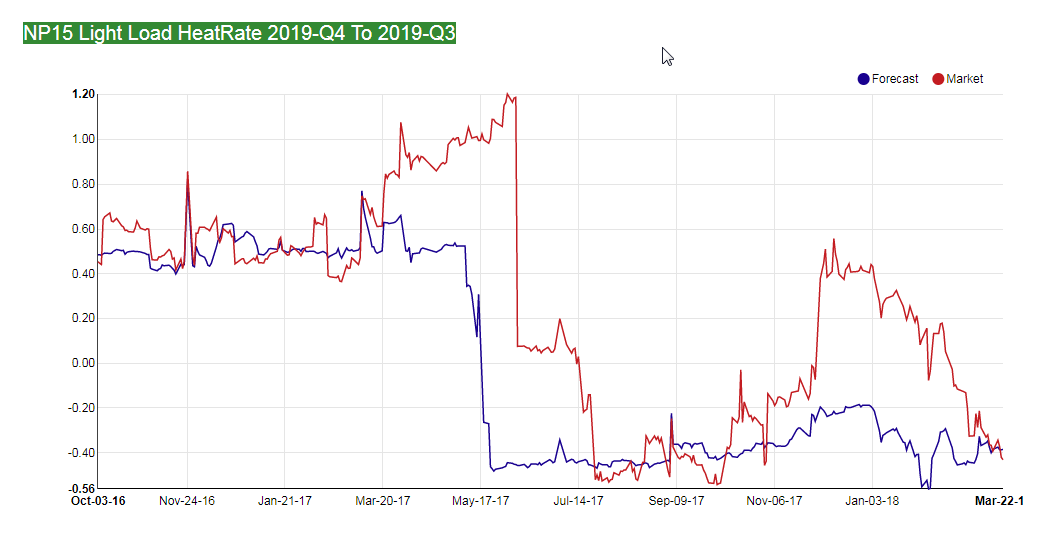 Here is something cheap, the Q419 to Q319 roll. Interesting that no one, anywhere in the universe, knows anything knew about 2019, yet the market moves all over the map. 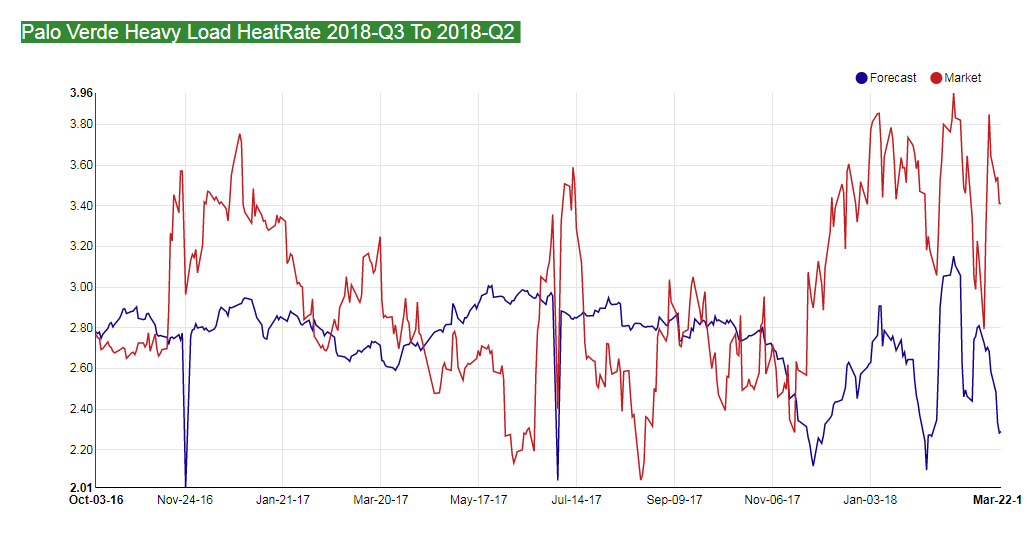 This is one of those that hit a high and plummetted, probably has more room to fall.

It’s dry/cold, and we said we’d keep buying as long as those two conditions persisted. But, the trade is in the money and going to delivery. Taking profits is not a bad thing, at this point, we’re more indifferent than convicted.

The Market sees significant NW snow and sells Q2, not a bad strategy as long as the snow melts during your short piece. Between April or May, we’d probably hold length here as it seems to have more room to bounce, but let’s look at the roll: 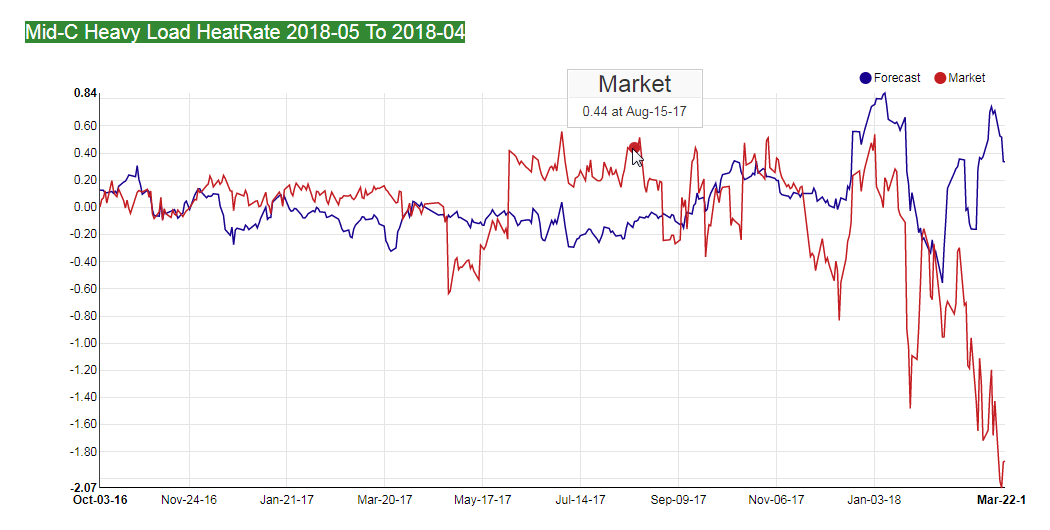 Yes, we’d own May over April, but would be comfortable owing both as long as there are no CDDs. We still think April could hold some bullish surprises once the spill starts. Cash rallies in BOM will “spill” into the prompt. 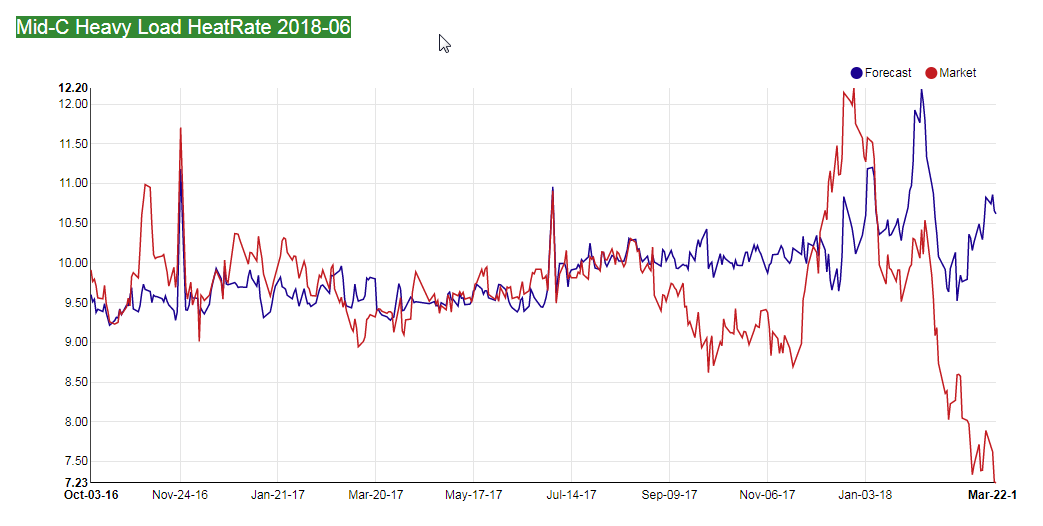 You hate June, so do I, but be careful about pushing this too low as BPA has a fantastic talent at keeping the gas on the margin during the HL hours. 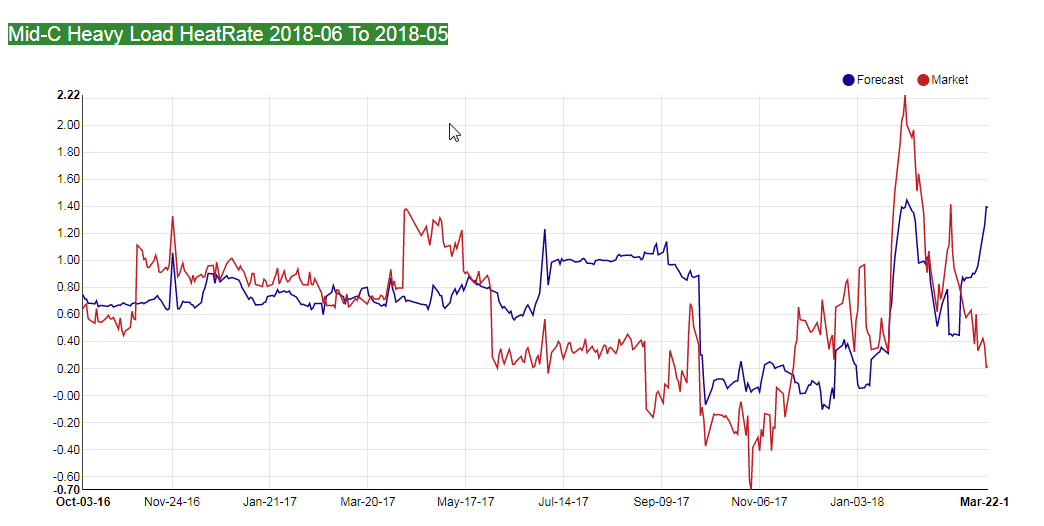 Shorting the June-May “was” a good trade, but we think it remains a good trade if cash stays, or even tightens further. 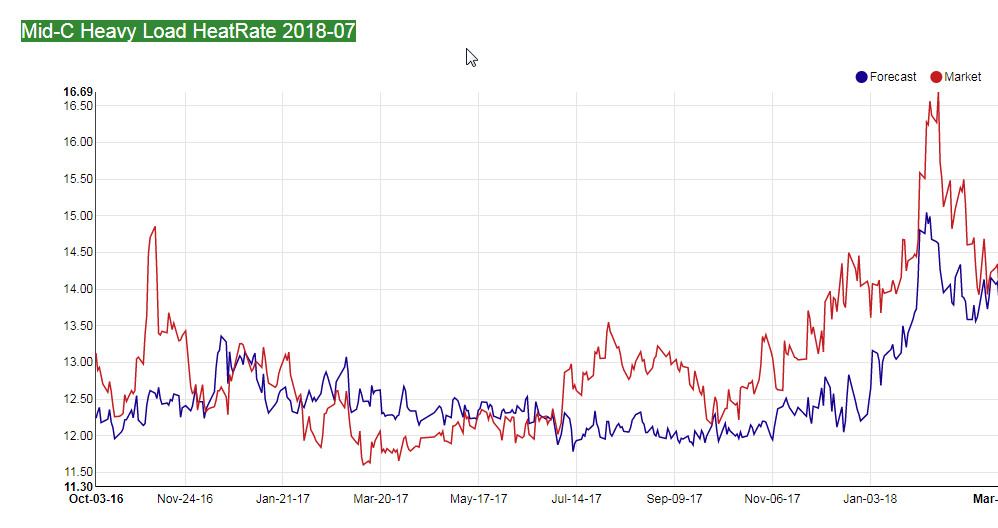 July was dumb, now it’s probably just rich. If we were long Apr-May, we’d hedge a lot of that out against July. 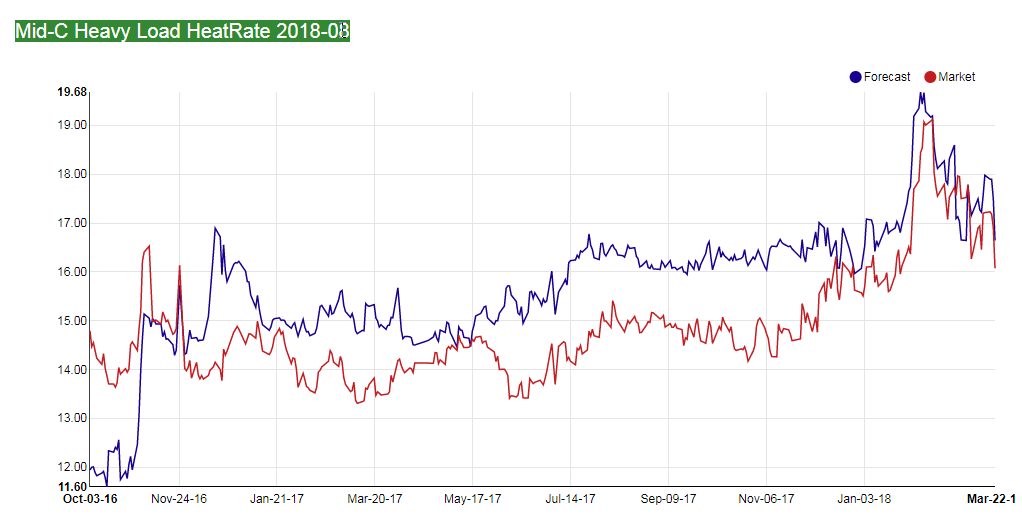 August has taken a hit, like July, but it shouldn’t take as big of a hit. Doubt there is that much residual melt in Aug; in fact, there won’t be, so incrementally, Aug is way more immune to melt deferrals. 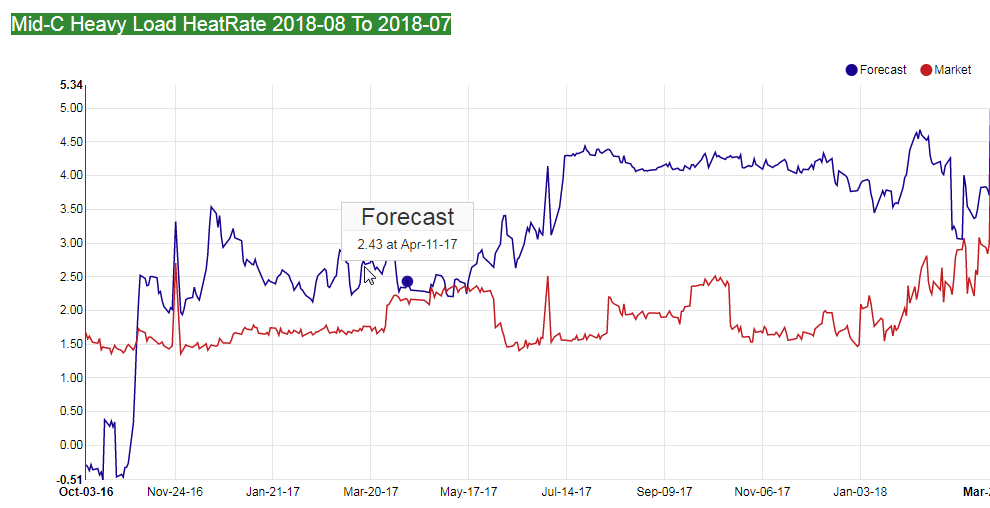 Don’t see that in the roll, we’d buy this.