SoCal Citygate fell back to mostly normal levels at $3.24 after seeing a moderate spike to $5.49 on Wednesday.  This also equates to an $0.18 day-on-day decline.

All hubs not named SoCal Citygate remain well below their prices from one year ago, and $0.10 – $0.20 below last week, with AECO being the lone exception to the latter.

Eleven degrees below normal (59) for today’s high in Burbank, and that cooler weather should persist through the weekend.  Temps will eventually climb back to normal by next week but will follow that with another cool spell as highs fall back into the low 60s by the 23rd.  Looks like it may be April before we see highs consistently in the 70s.

Highs will make a slow climb back toward normal beginning today, but that means highs will start off in the 50’s with a high of just 56 today, nine degrees below normal.  Temps aren’t projected to reach above average until the 29th at 73 degrees.

Lows aren’t projected to fall below freezing, but following a few days in the 40’s through this weekend, the reminder of March is forecasted to stay 3-4 degrees below average.  Worth pointing out the spike in lows on the 21st amount to a four degree increase over yesterday’s projections.

Storage withdrawals continued for the fourth consecutive day today, falling another 70,971 MCF.  There have been storage additions for just two days in the past month. 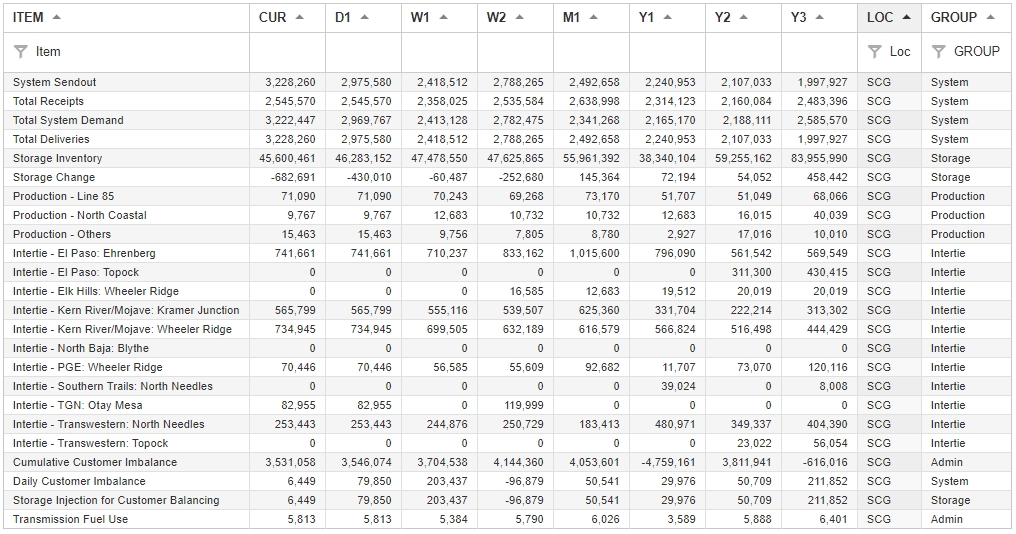 Transwestern: North Needles remains stabilized at 253,000 MCF and hasn’t deviated much off that line since Mid-February.

Much of the rise in demand week-on-week can be explained by the trough it had sat in since the 9th.  Demand sits below levels seen in late February but is above average for the past three months. 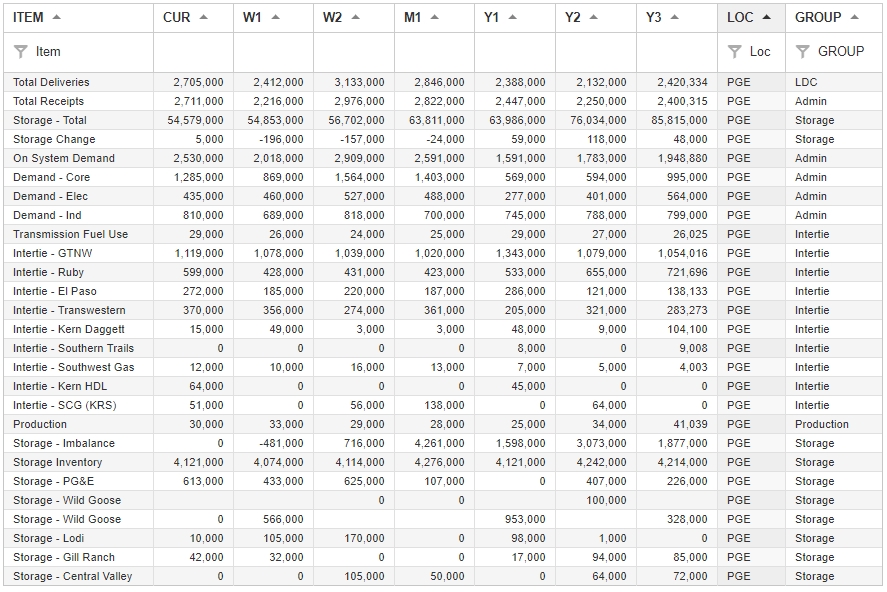 Storage essentially remained unchanged the past two days at 0 MCF — no withdrawals or additions.  This comes on the tail-end of this week’s three straight days of heavy additions to storage, peaking at 149,000 MCF on the 13th.