The most significant news is another large increase for March as 1,081 aMW was added to the forecast, the third-consecutive weekly increase.  This works out to be just over 2,200 in additional aMW compared to three weeks ago.  April stayed nearly flat with a 34 aMW boost, while May jumped 139 aMW though remains down compared to its projections from two weeks ago.  June took a moderate cut to its forecast by shaving off 413 aMW.

March’s growth from the most recent forecast looks to peak on the 17th where as much as 2,500 aMW was added.  That peak is followed by a gradual decline until the 27th.  April runs below last week’s forecast until the 11th, then reverses course and paces above.  Add it all up and you get an aggregate difference of 34 aMW.  May is closer to the mirror image as early gains are somewhat negated by a reduced second-half of the month.  June looked mostly flat for the first three weeks but sees steady decreases for the remainder of the month, particularly on the 26th with a drop of 1,600 aMW.  July is mostly unchanged, though that data is still trickling in, so there isn’t much there to draw any real conclusions. 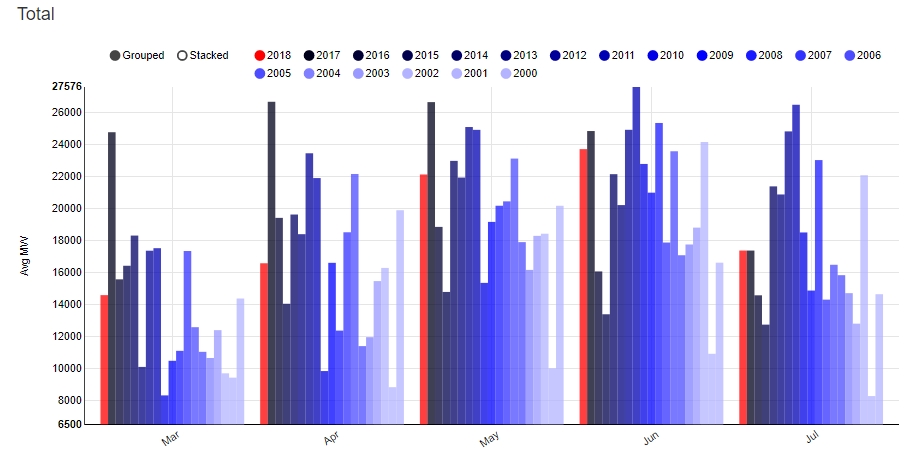 No real groundbreaking updates this week, and the year-on-year chart reflects that.  Mar inched closer to 2016, but otherwise remains in the same place as last week.