June’s continued its reductions as 1,199 aMW was wiped from the forecast this week.  This also marks the third-consecutive weekly decline as well as the largest, though with new data tacking on at the end of the month, particularly a month that we expect decreased flows, this makes sense.  See the daily chart below for more detail.  March added 672 aMW and April tacked on another 477 aMW, leaving both months with their largest forecasts in the last five weeks.  Meanwhile, May fell 200 aMW, essentially wiping out the moderate gains it saw last week.

March got immediate gains and held on to them through the remainder of the month, while April continued that increase through the 19th but saw the rest of the month remain mostly flat.  May’s decreases could be attributed to a large cut from the 4th-8th where as much as 1,600 aMW was slashed from the forecast.  June falls off quickly at the tail-end of the forecast explaining why the monthly aggregate fell so steeply compared to last week. 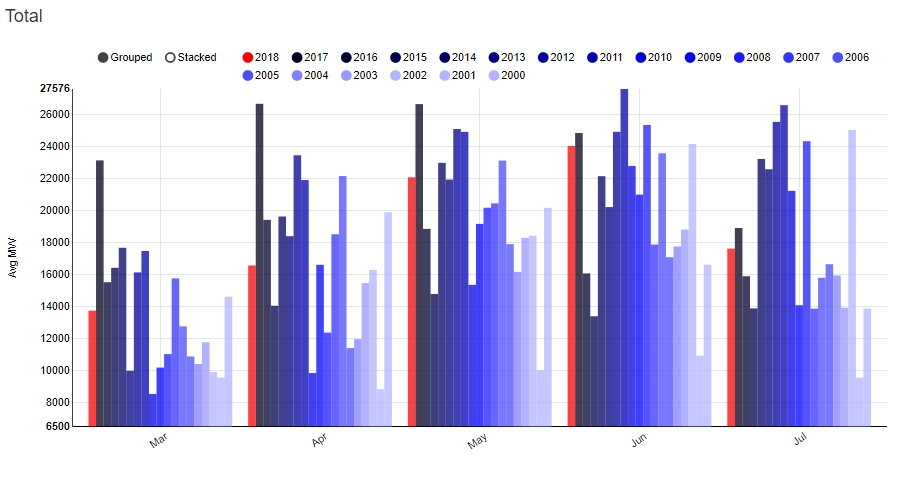 While the week-on-week numbers might not suggest a big year, June still compares well above most of the past 18 water years.