Huge gains for February as it nearly wiped out the drastic cut from last week.  The additional 1,428 aMW puts the month at its second-highest forecast.  March added 334 to end its two week run of cuts, while April dropped just 258 to stay mostly flat for the fourth-consecutive week.  May showed the second-largest weekly movement with an additional 693 aMW, marking the largest forecast thus far.  June dropped for the second straight week, though just 189 aMW was shaved.

Gains are immediate and hold through February and last until March 5th.  March stays mostly ahead of last week, but the gains are minor.  April is essentially the same though the first two weeks fall slightly more being last week’s forecast than the latter two weeks.  May’s gains are primarily driven from the boost seen from the 5th through the 21st.  June’s losses show up primarily on the back end as the last several days show a sharp decline. 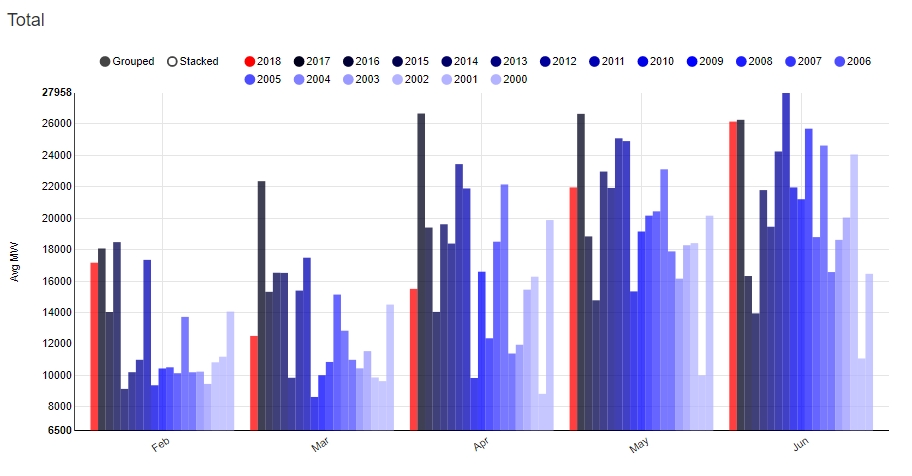 February’s recovery this week pushed 2018 ahead of 2015, though still trailing both ’11 and ’17.  March and April both show up average, while Mary and especially June pace ahead of most years.  June is behind just ’17 and ’11.