Who’d a thunk the coldest days of Winter 2018 would be in the last half of February? Goes to show, the trend isn’t that friendly; recent February’s are mostly transitions into Spring; maybe we get hints of LA in the 80s, perhaps flirt with the 90s, but not Burbank in the 30s like we see today.

This cold weather also provides a case study in how fragile Socal Gas’s system indeed is; perhaps the most fragile in all of the US. Yesterday’s post pointed out the strong demand, though there were many days with more demand, without Aliso’s full withdrawal capacity the LDC just couldn’t service all of the demand and spot prices soared.  Let’s look closer at California: 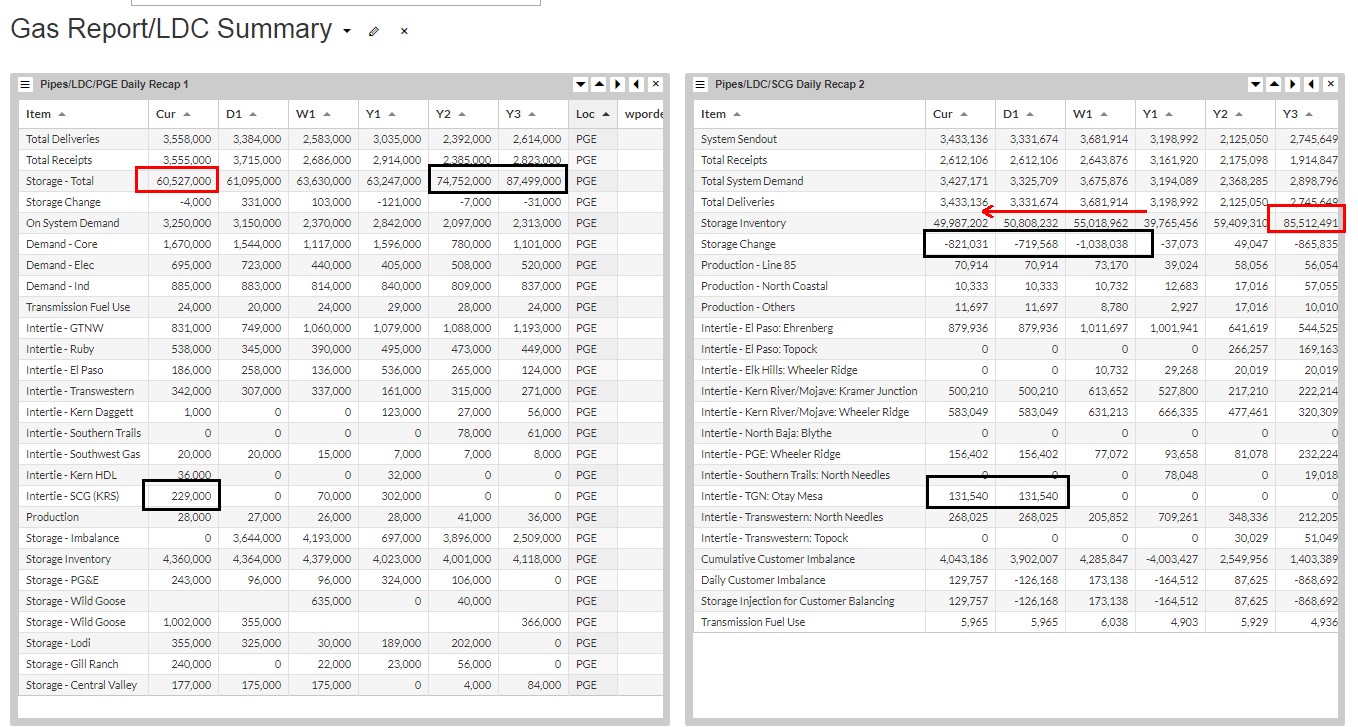 Clearly, sharp demand rallies in both LDC’s, though PG&E didn’t need to lean on its storage, in fact, that LDC injected the last couple of days. Not SCG, they pulled as hard as they could and still were not able to serve all the demand. We found it interesting that PG&E pulled off of the SCG/Kern River intertie all the while SCG was such in dire straights; you’d think gas would flow the other way. The ute did get creative, finding gas on the TGN:Otay Masay intertie where it hadn’t pulled in the recent past.

All that said, SCG still finds itself with 10b more in storage than last year, but look at PG&E’s deltas from a few years back – they are 27bcf short from 3 years ago, and SCG finds itself 37 down, for a total state deficit, from 3 years back, of 64 bcf. All of which bodes for more gas volatility in the state; perhaps California is the new Boston? 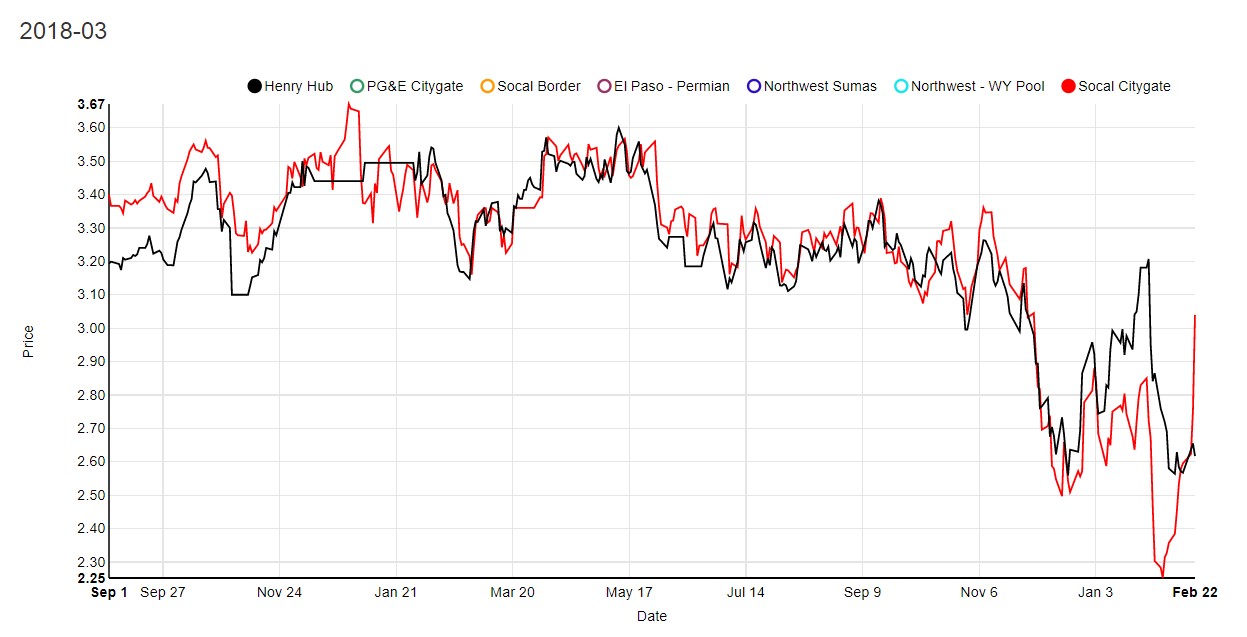 We certainly see that volatility in the March contracts; check out the swings in SCG basis – another energy bitcoin, and a basis product. April is somewhat tempered:

Emphasis on the “somewhat” in that sentence. The cold will abate, though not for a few more days, and prices will restabilize, but the state can add another natural resource to its list of things to worry about. The do-gooders would love to shut in all the storage inside California, but they also don’t want to see their gas bills grow ten fold. 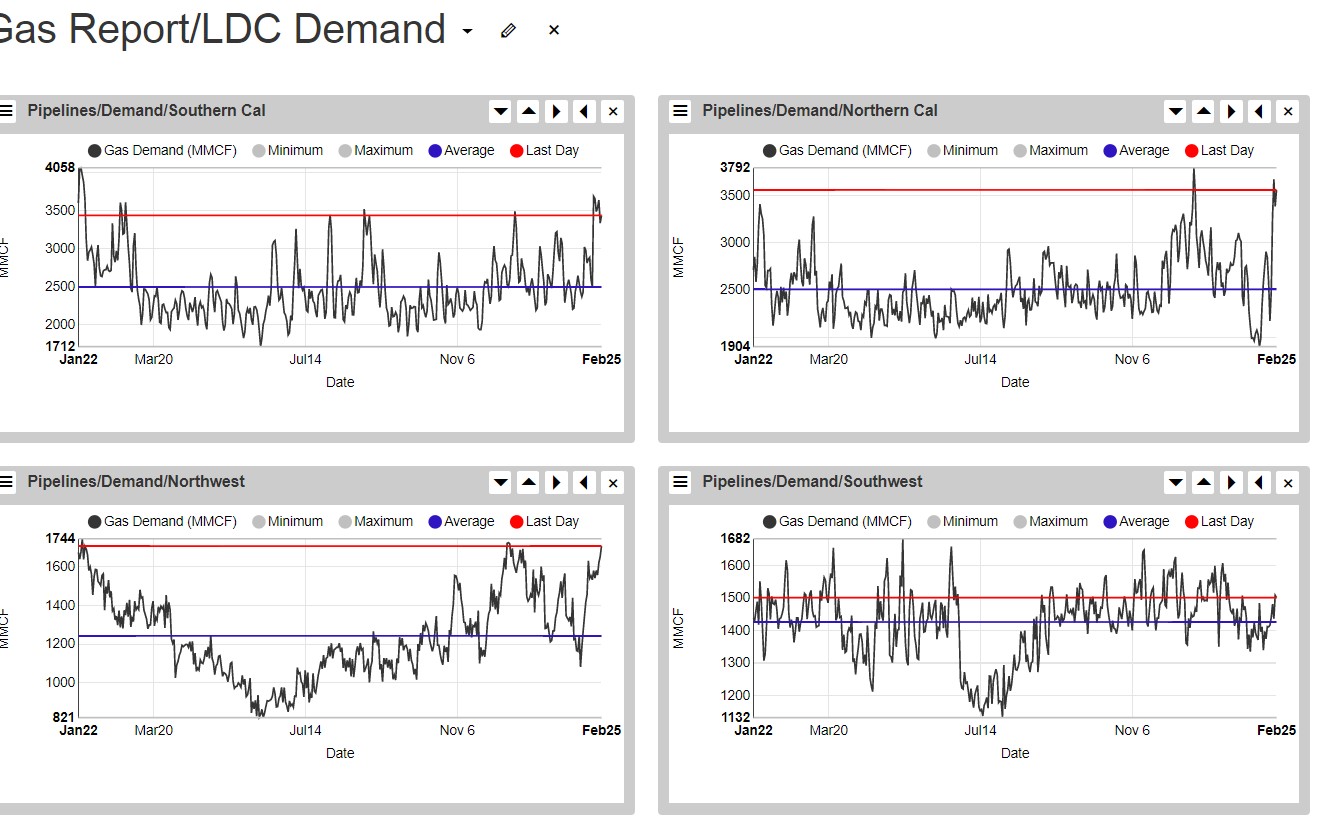 All but Palo either set or approached Winter highs this week. 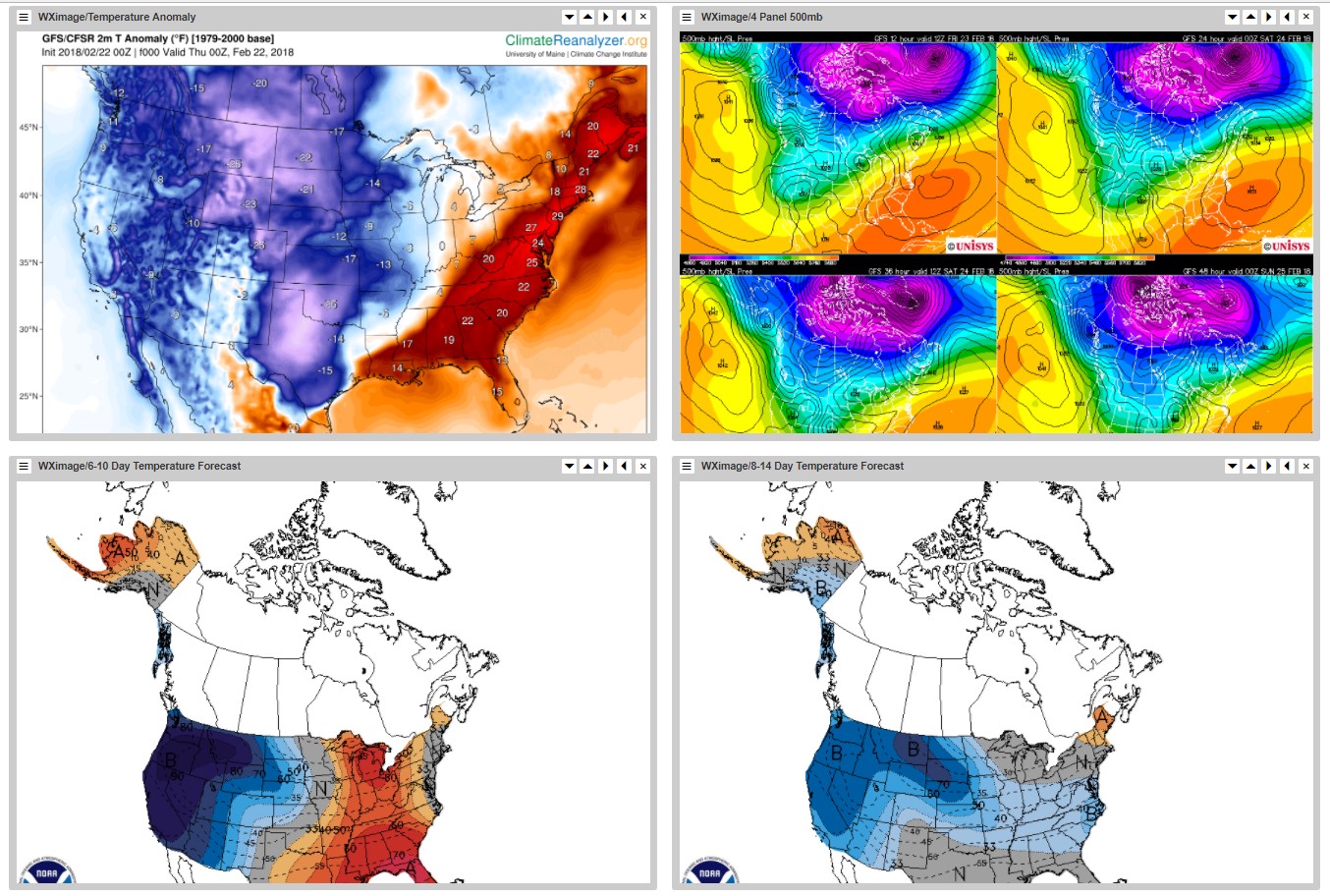 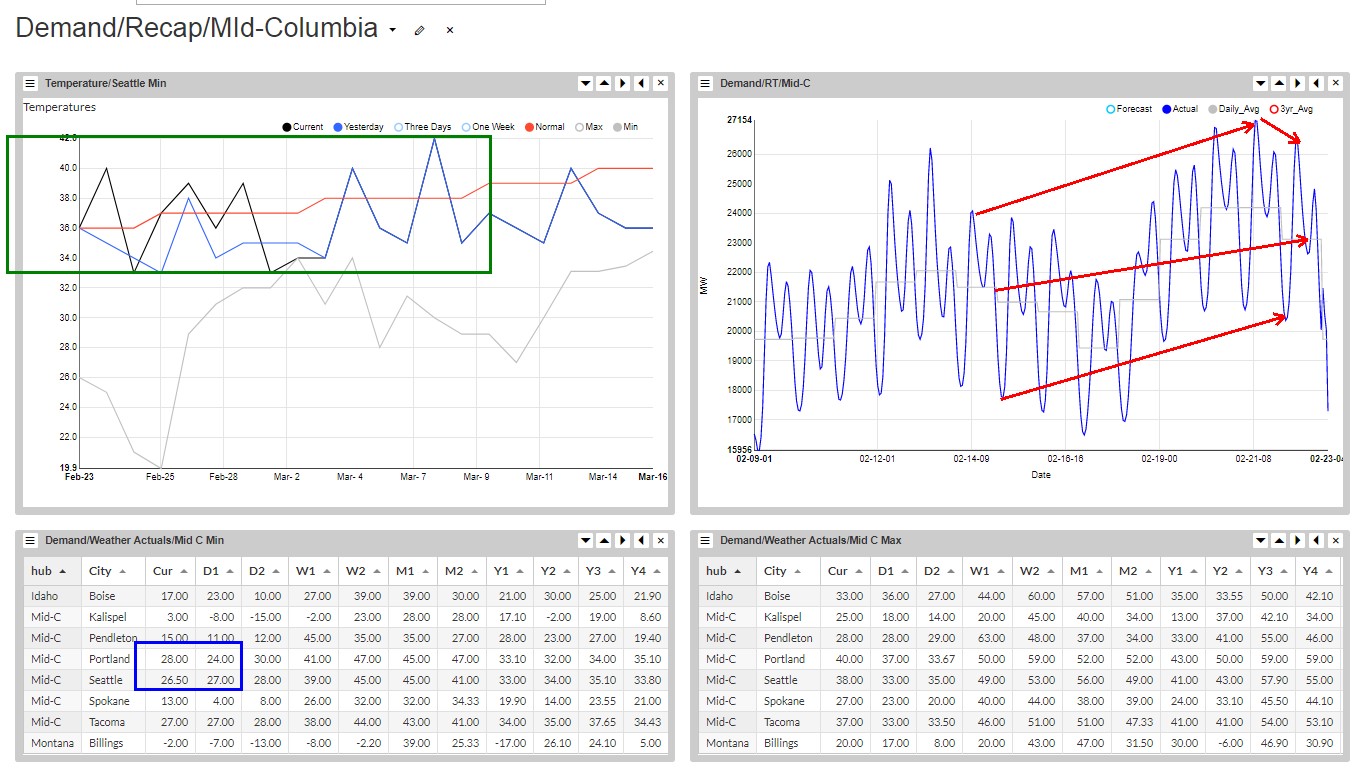 The Mid-C saw sharp demand rallies earlier this week and then realized a pull-back yesterday; looking ahead, the region just returns to normal. 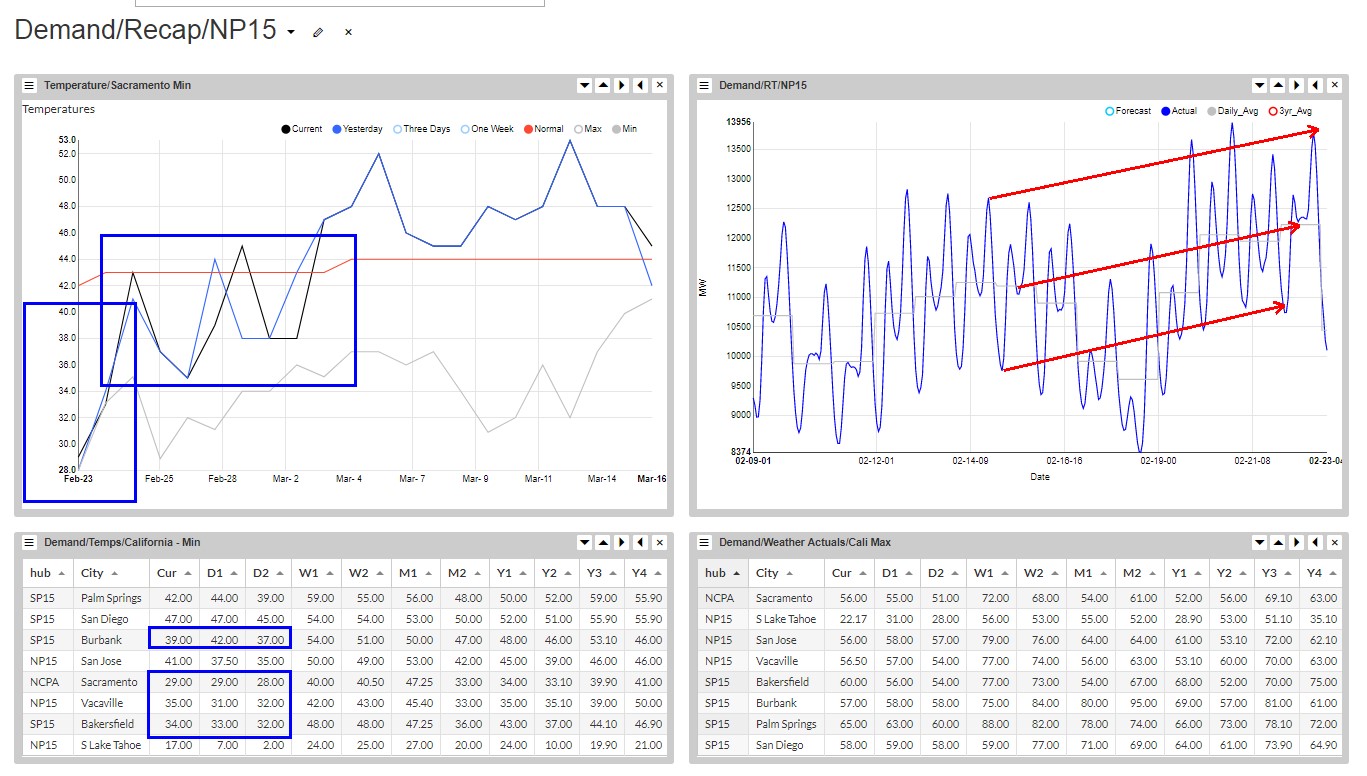 Similar story at NP, except the cold anomalies linger through the weekend; that hub’s loads are up remarkably, contrast NP with SP: 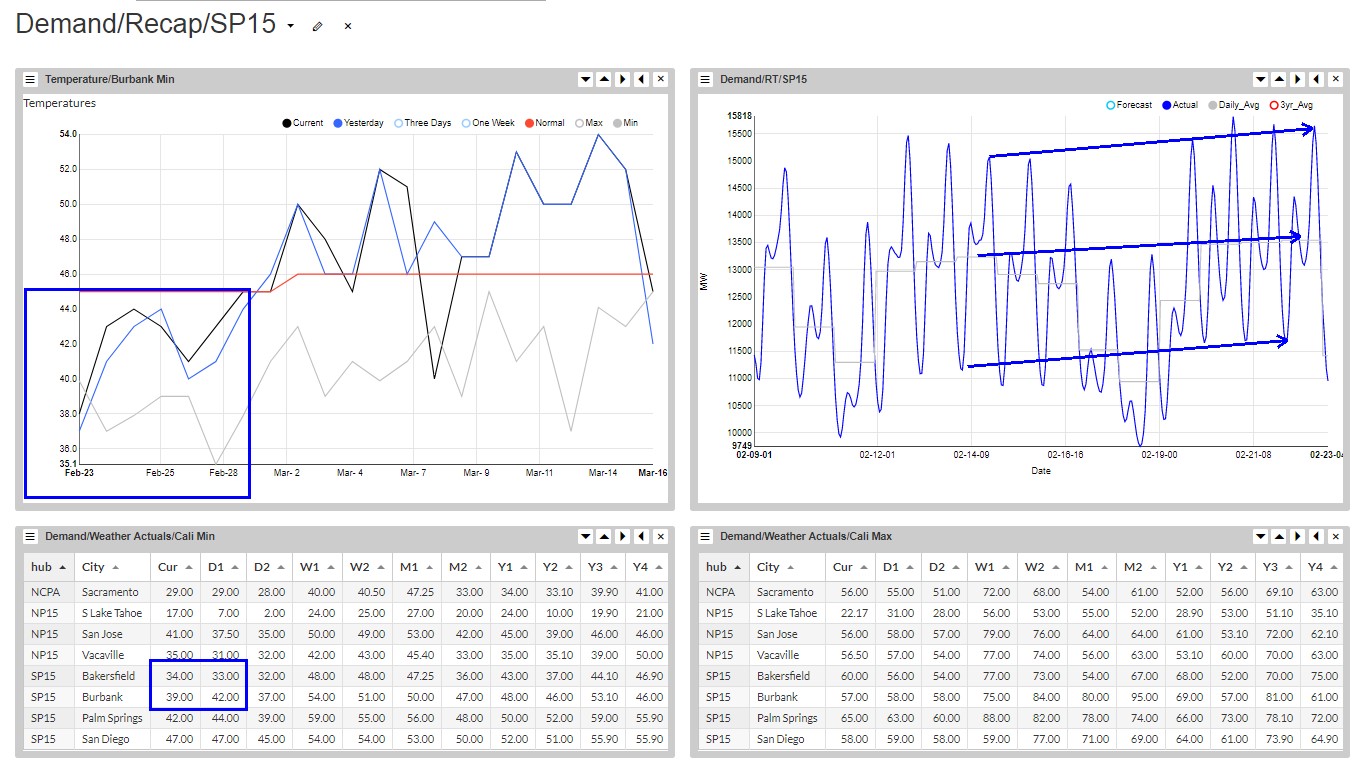 SP’s loads hardly moved even though Burbank dipped, into the 30s. Socal is not out of the woods just yet, the cold anomaly persists into early next week, but temperatures are several degrees warmer than this week. 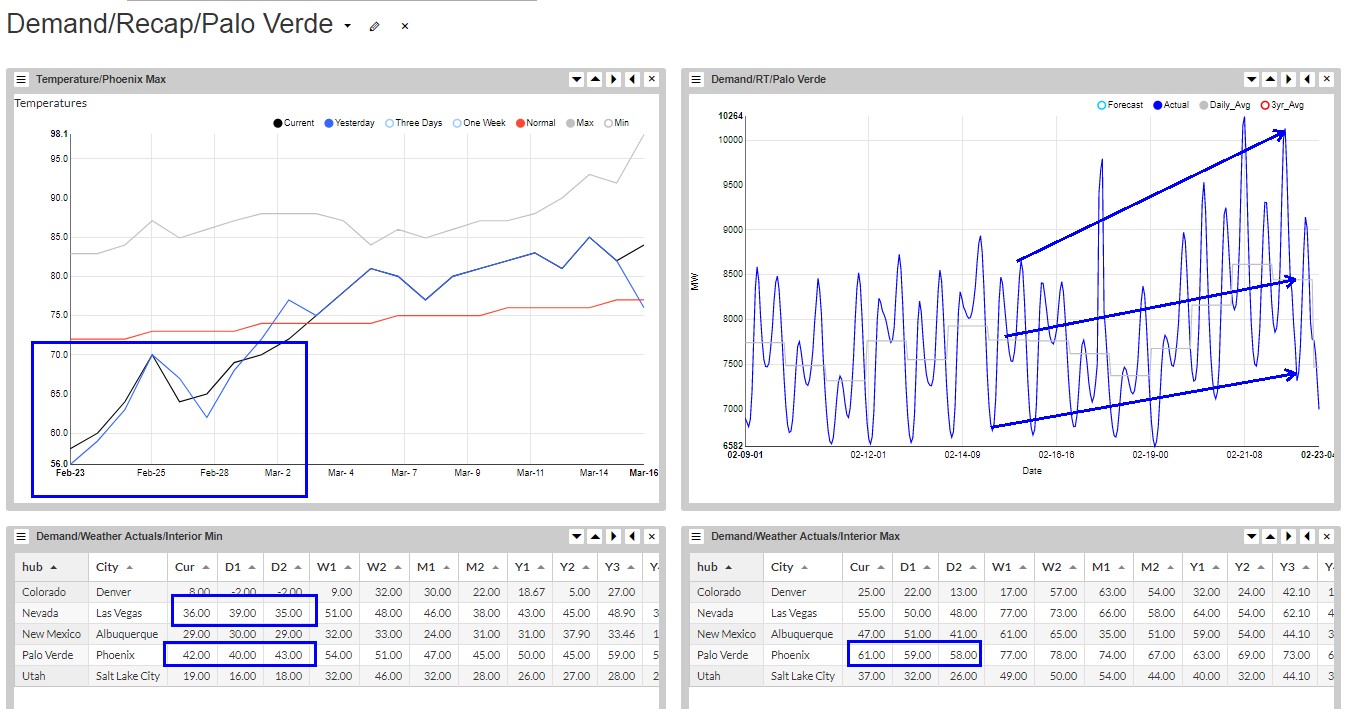 Palo saw much sharper power demand rallies than SP even though it didn’t get quite as cold. Still, Las Vegas was in the 30s.

Check out those Day Ahead hourly LMPs – $140s in SP, all off of those $18.00 gas prices; interesting there wasn’t more congestion because the spot gas spread was over $10.00, yet the power spread was more like $2/mmbtu.

Hour Ahead was more wicked:

A few hours posted highs in the 400-500 range a few days ago, now everything has settled down. Even during those days, all hubs rallied. 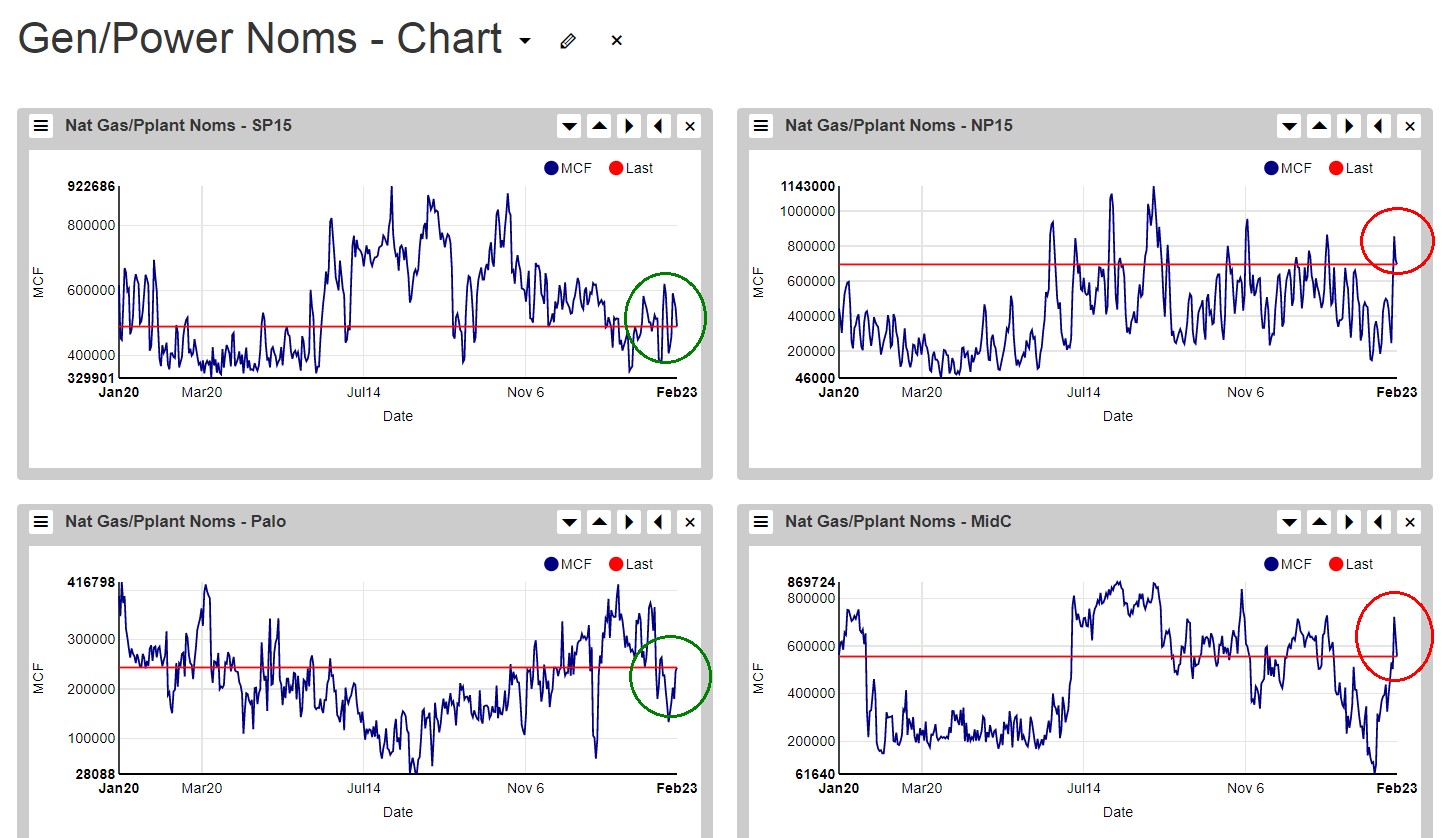 The noms say it best – NP and MidC saw theirs soar; Palo and SP not so much. Gila River jacked up its output: 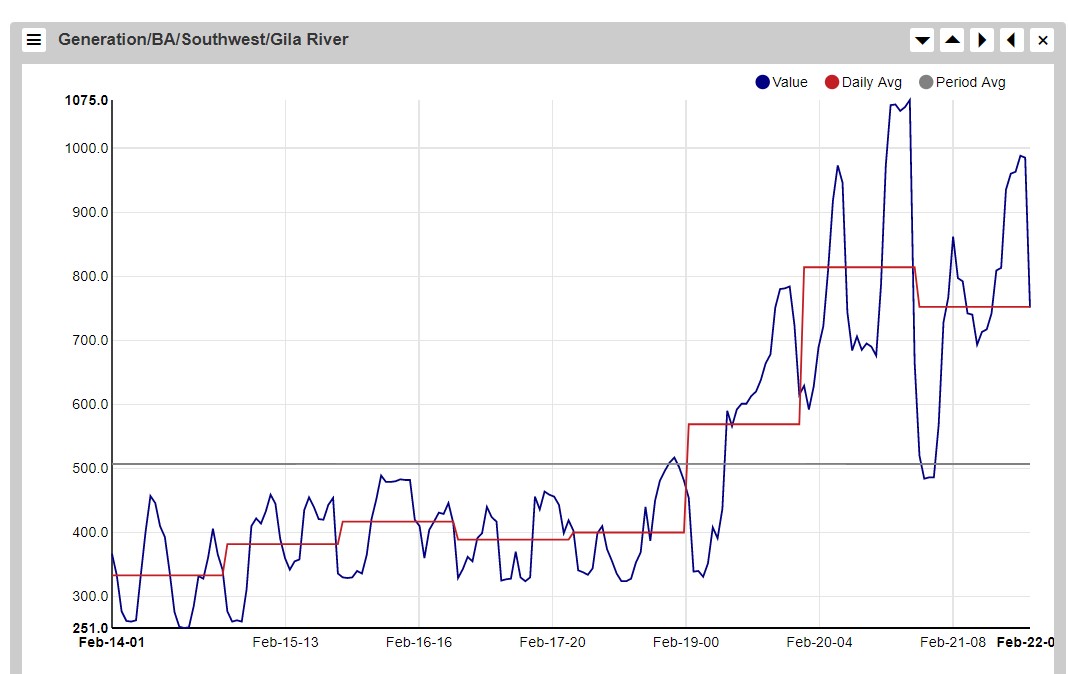 But the other two we monitor, Griffith and New Harqualah are still offline. 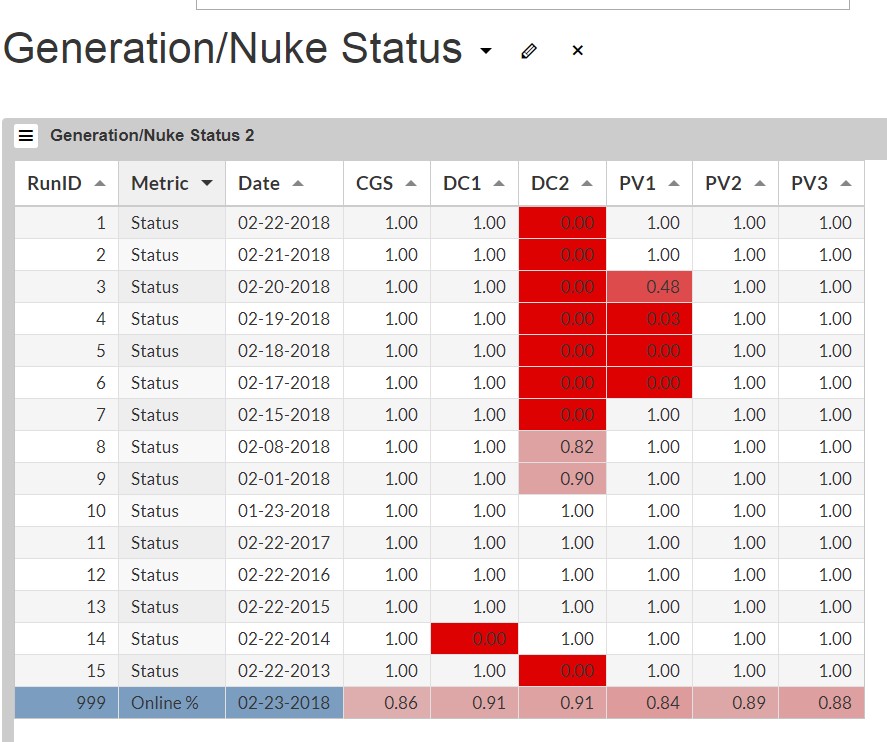 PV #1 returned to service, and Diable #2 is still in its refuel; bad timing for that given such a bullish market. 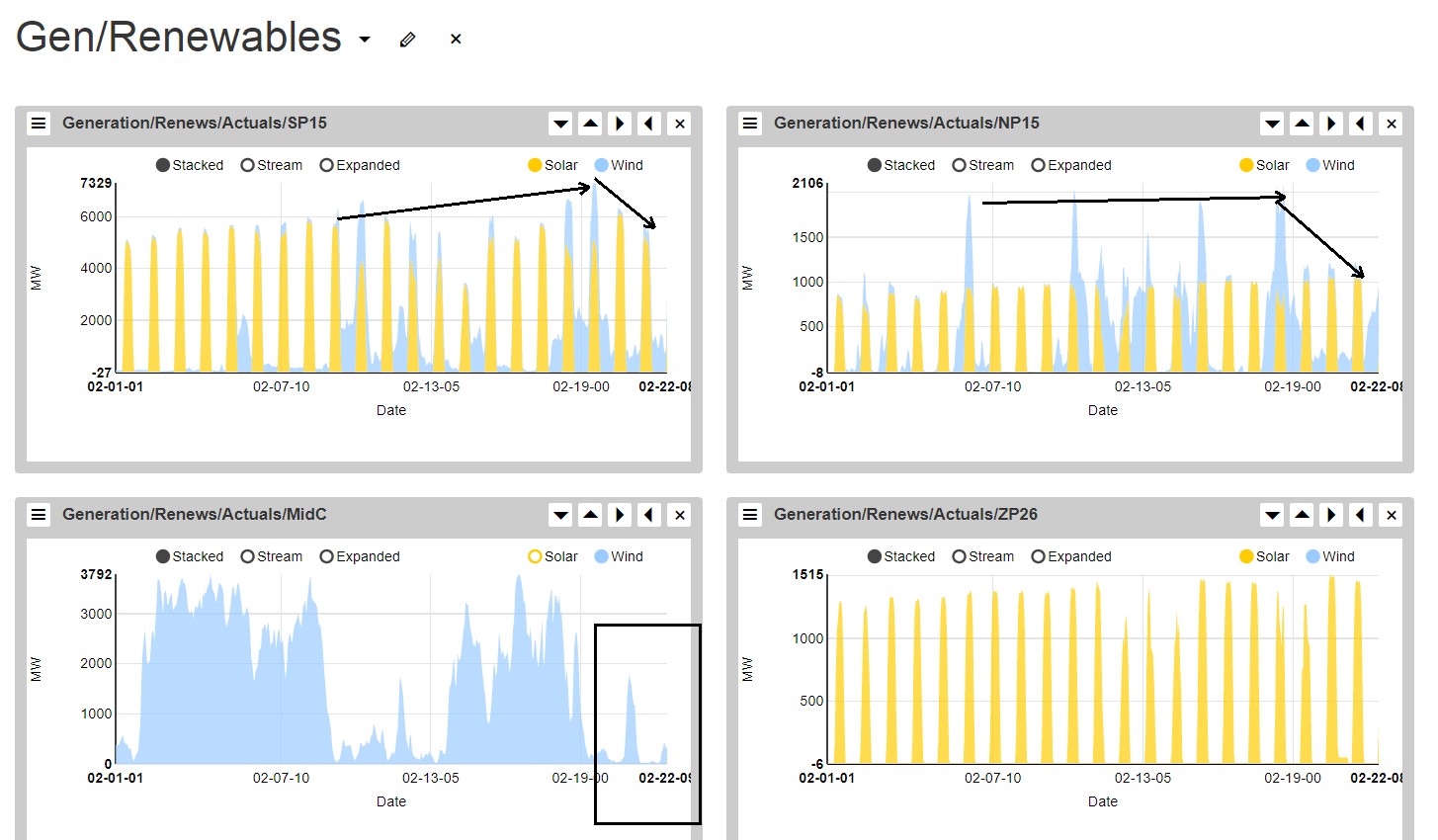 Interesting to see SP not dispatch its solar this week, the ISO needed all the power it could find. The MidC could have used some wind but found itself becalmed amidst a high-pressure system. 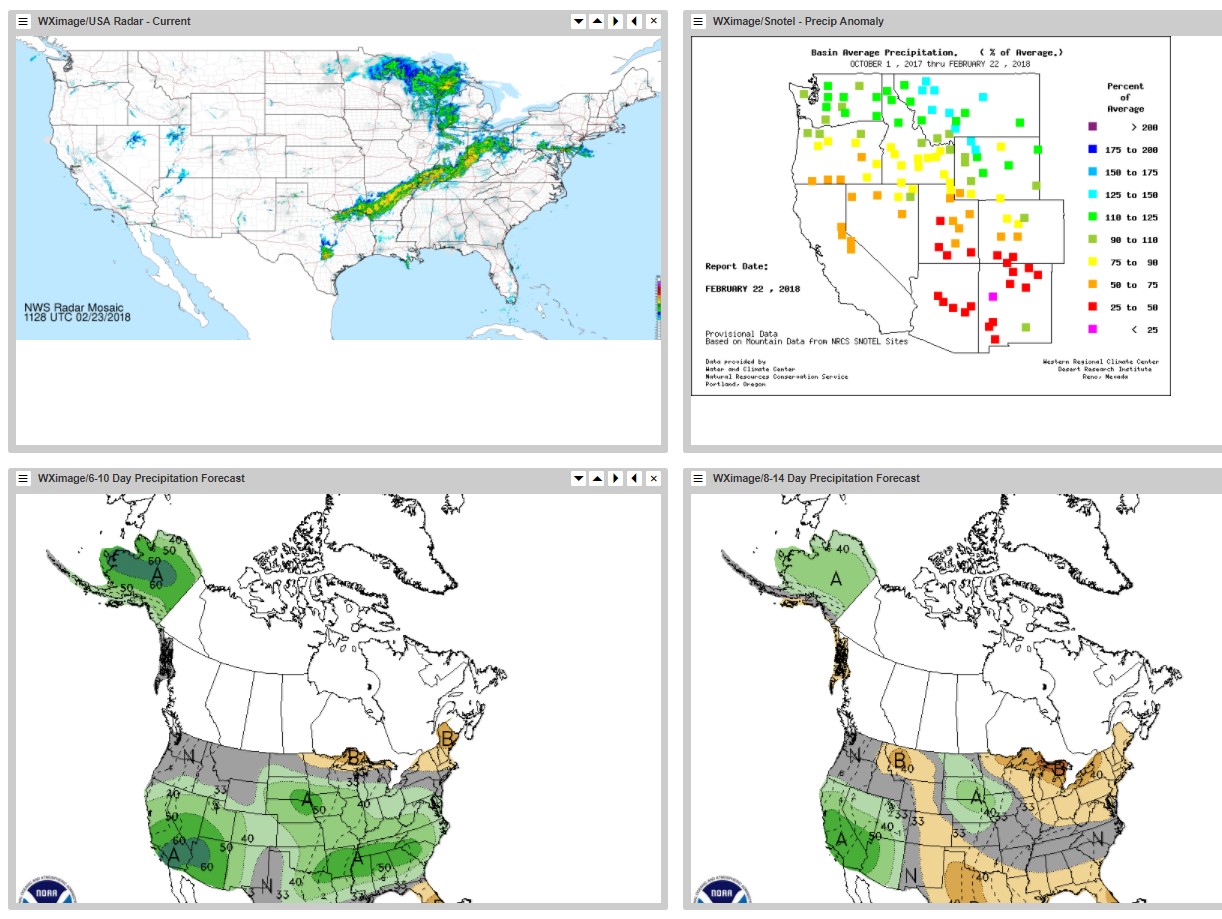 Cold weather pushed hydro off to the side, but if anything, that weather event only made the hydro situation more interesting. Reservoirs were drafted to serve load, but the outlook remains on the dry side. The ISO tried ramping up some hydro, but didn’t get much extra: 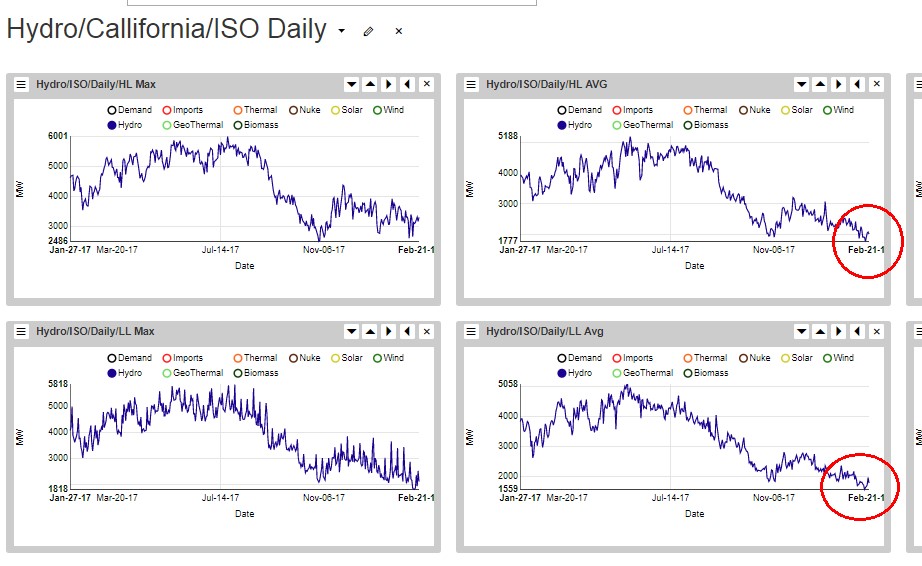 Speaks to how tight things are inside the state, like we said earlier, add water to the list of resources the state is short of. And the weather gods are not smiling upon the state, either: 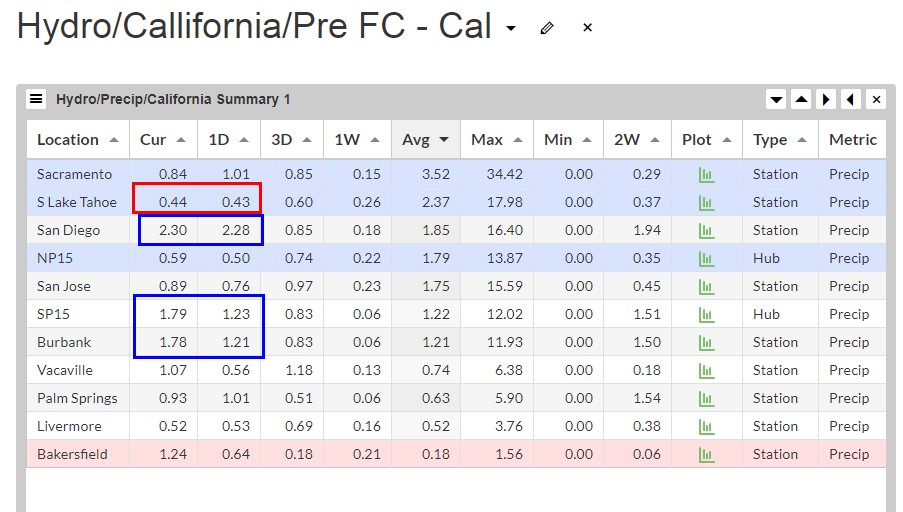 Well, let me qualify that; the southern portion of the state is poised to get soaked, check out San Diego’s 2″ and contrast that with Lake Tahoe’s 0.44. LOL and weird.

The Northwest doesn’t have a much better outlook: 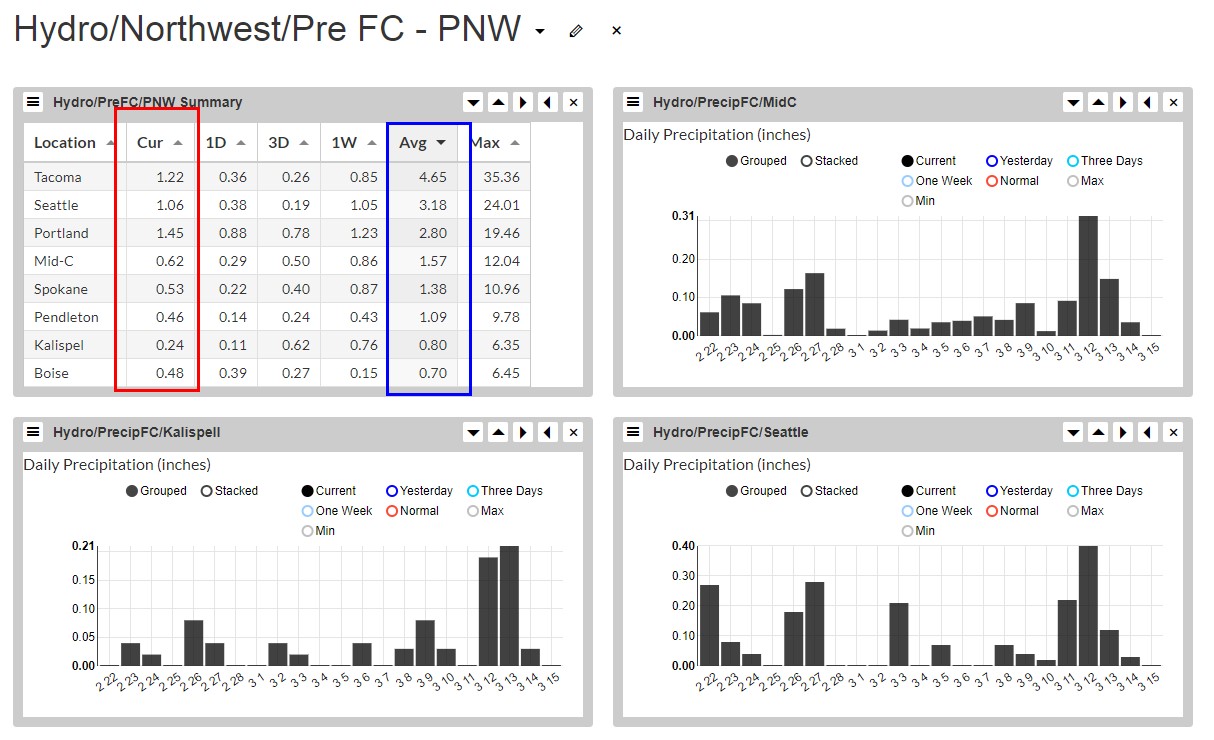 The precip outlook in the Northwest isn’t Kally-dry, but it’s still about 30% of normal, and this is the wet part of the year. Snow anomalies about Coulee remain quite strong, but these are dropping as we approach the March Flood Control (2 weeks out). Those guidelines are becoming increasingly irrelevant as Coulee drafts on its own volition:

Drafting to 1255′ for drum gate work, now it is just 11′ away; some of this draft is BPA serving load, the cold and dry weather has reversed that initial freshet and many smaller streams are frozen: 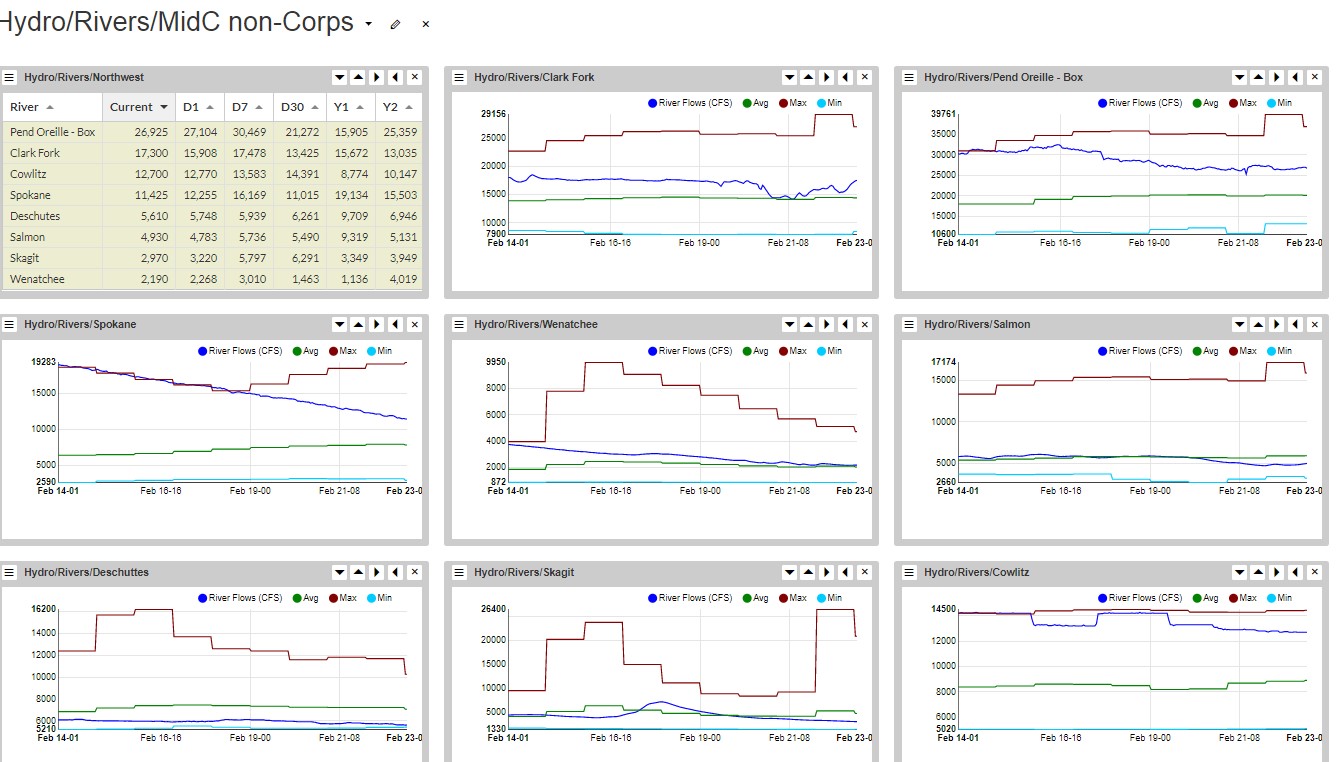 Flows on the Wenatchee, Spokane, and Skagit have dropped in half or more. Natural river flows across the Northwest are down – contrast this year with last when all of that low-level snow was melting, there isn’t much low-level this year: 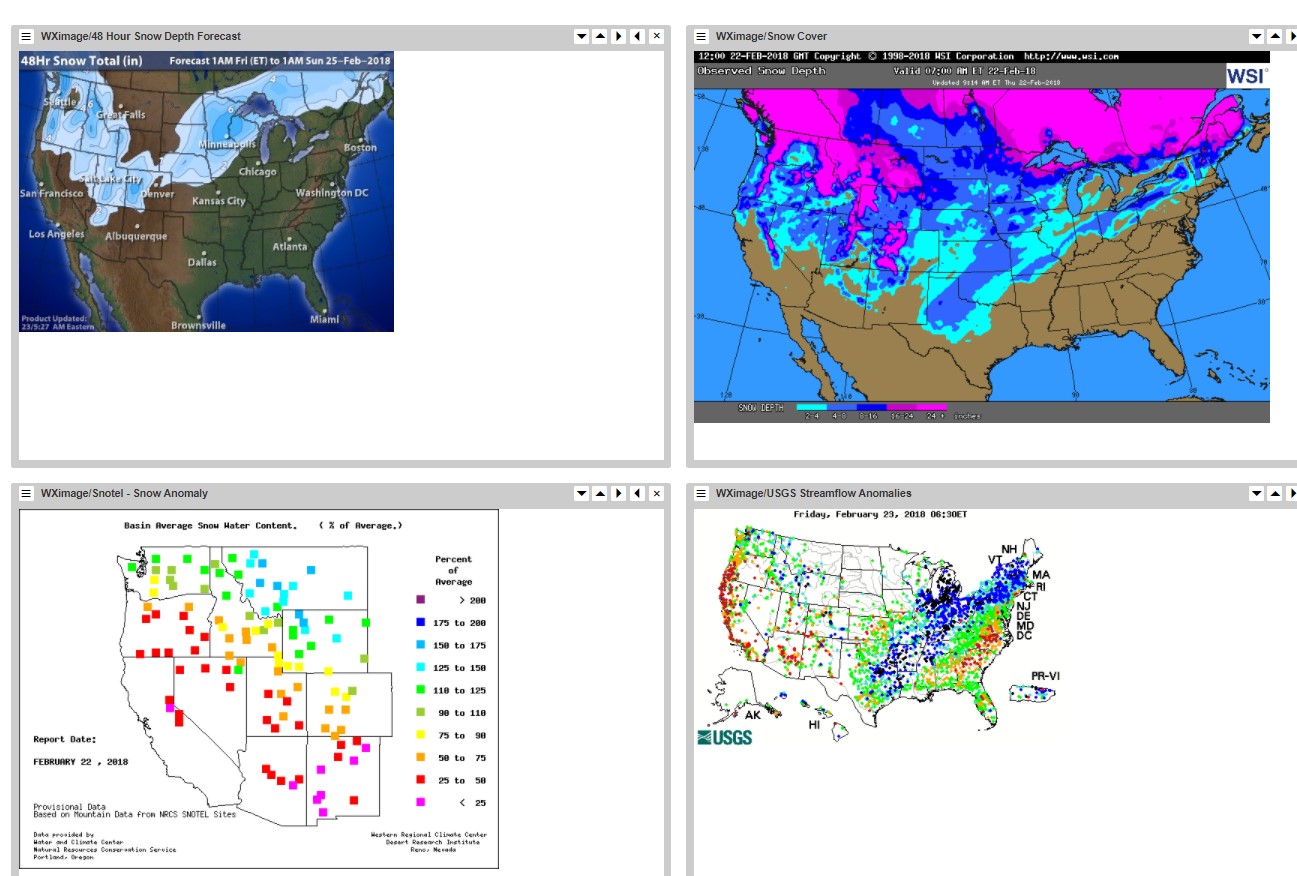 We can’t help but grow more enamored with some of the super cheap Mid-C strips out there. 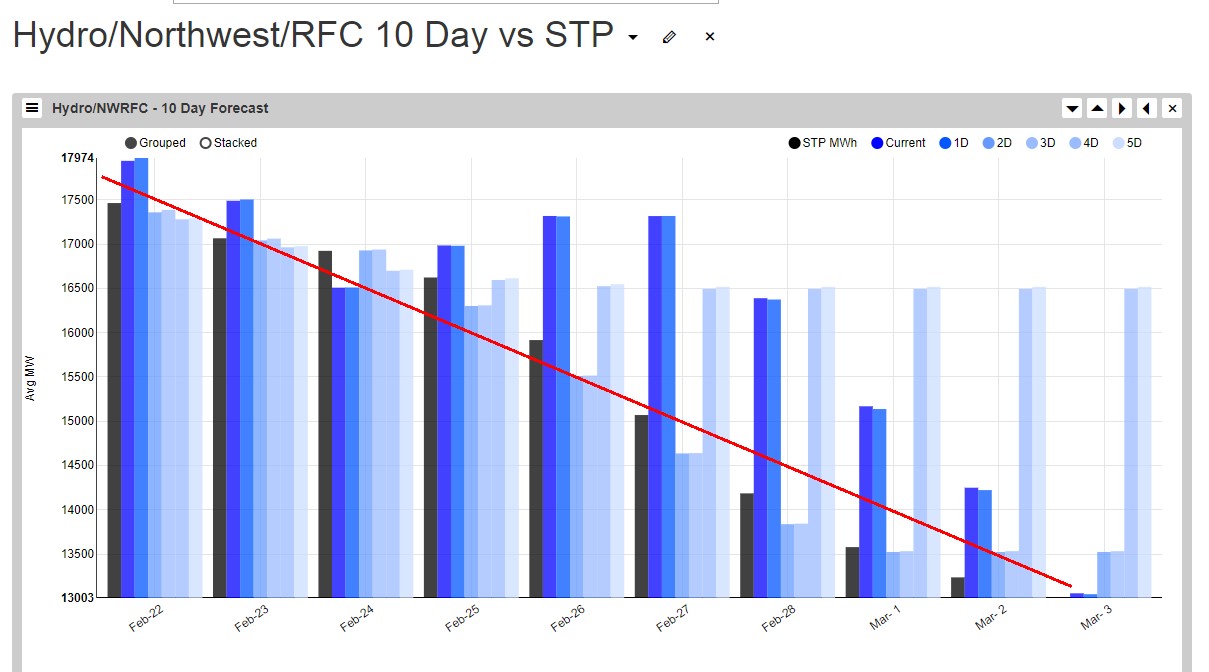 This plot compares the STP daily forecast to the NWRFC’s 10-day; we added the red line which demonstrates how tight things are getting, despite flood control drafts; we already pointed out how tight the first half of March is from a regulated water perspective, the above emphasizes that point.

Another oddity we caught was in the daily STP plot: 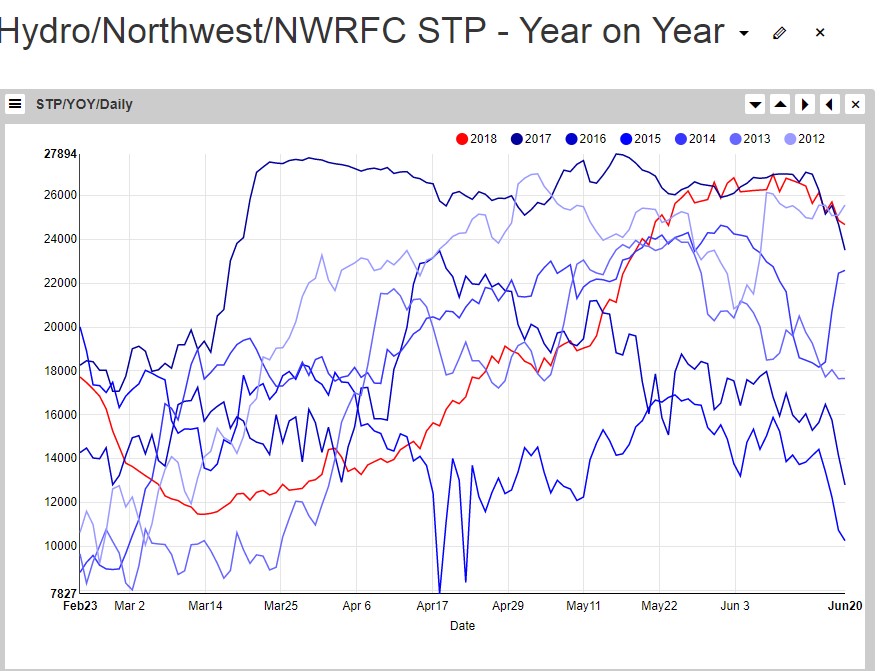 In this graph, we compare Daily Energy Equivalents associated with the current STP forecast against actual historical flows (Converted to energy). What strikes us is how low the RFC is projected flows through March, and even April given their water supply forecasts. That either suggests some very sharp STP rallies soon, or these water supply numbers are going to get quickly walked down. We suspect the latter, as long as it stays dryish, suggesting that the new Coulee draft targets might be a scant 1240ish, leaving but a 10-15′ draft in April – a month that starts the fish-mandated spill. All of which makes us take a second look at those April prices. 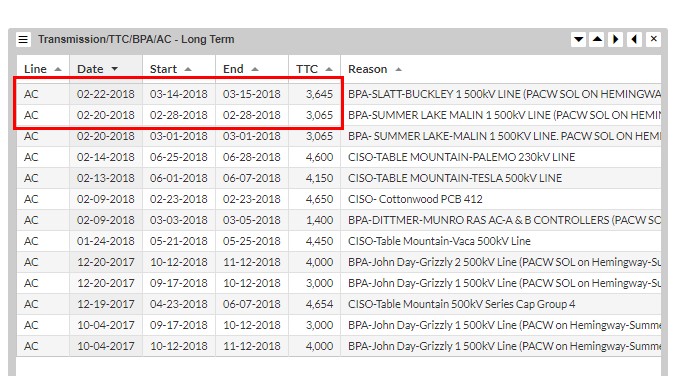 BPA updated its longer-term TTC twice this week, on the AC; both are short-lived derates. 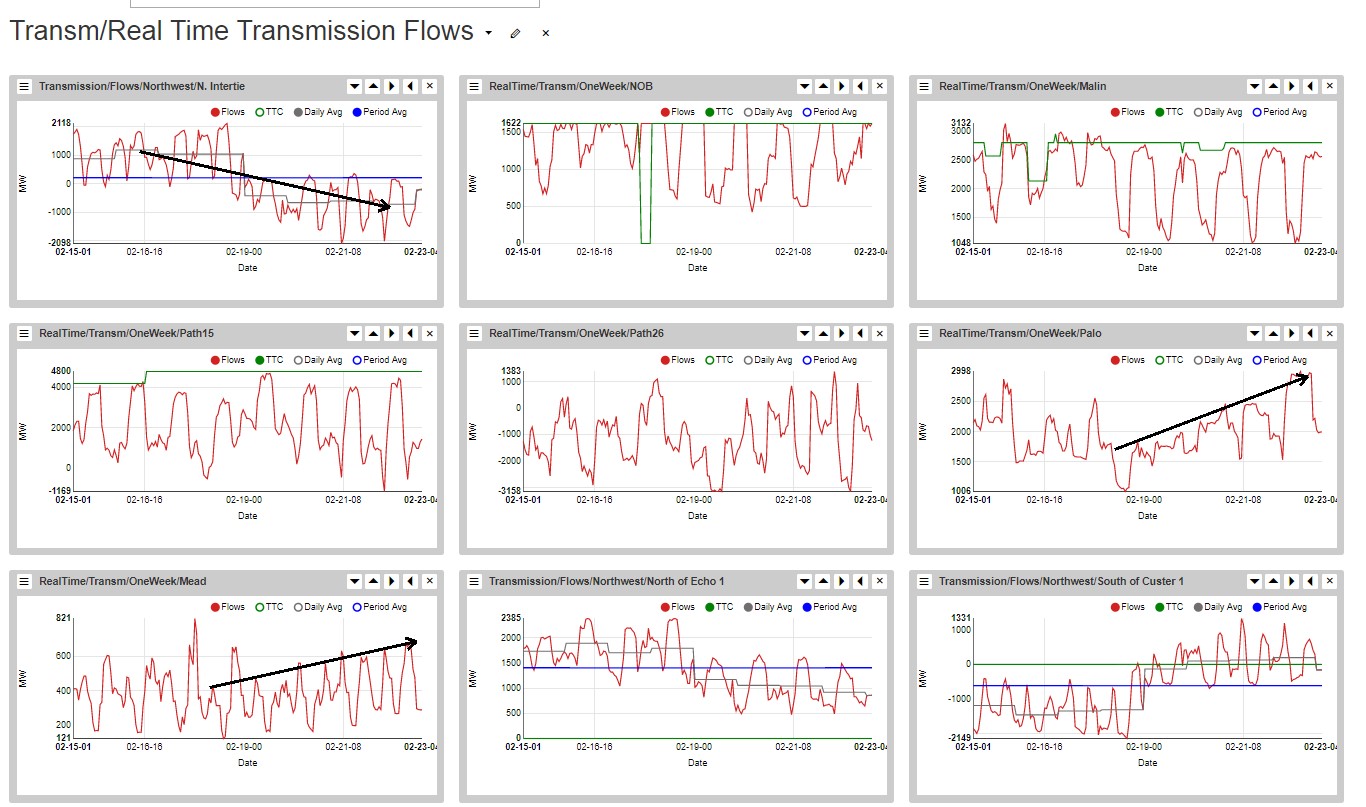 BC has been a strong seller into the MidC; why wouldn’t they, the province loaded up on the cheap stuff from a few weeks ago, now they’ve just returned the same power, albeit at a sweeter price. Despite strong Northwest demand, the AC and DC are mostly full as the region chases those triple digit LMPs, and indirectly those double-digit Socal Citygate prices. Palo flows have soared as they too are enamored by triple digits, same with Mead.

Its bullish, end of story. Weather warms, but the damage has been done to both gas storage and hydro reservoirs; fat has been burned off, the system is now all bone and muscle.  We’d be backing down shorts and adding to length. That said, there will be no second post today, it is a travel day, but we’ll pick it up on Monday.

Have a safe weekend.