Let’s begin our market crawl with the non-MidC hubs; then we’ll follow up with a look at the latter’s HL near-term markets. 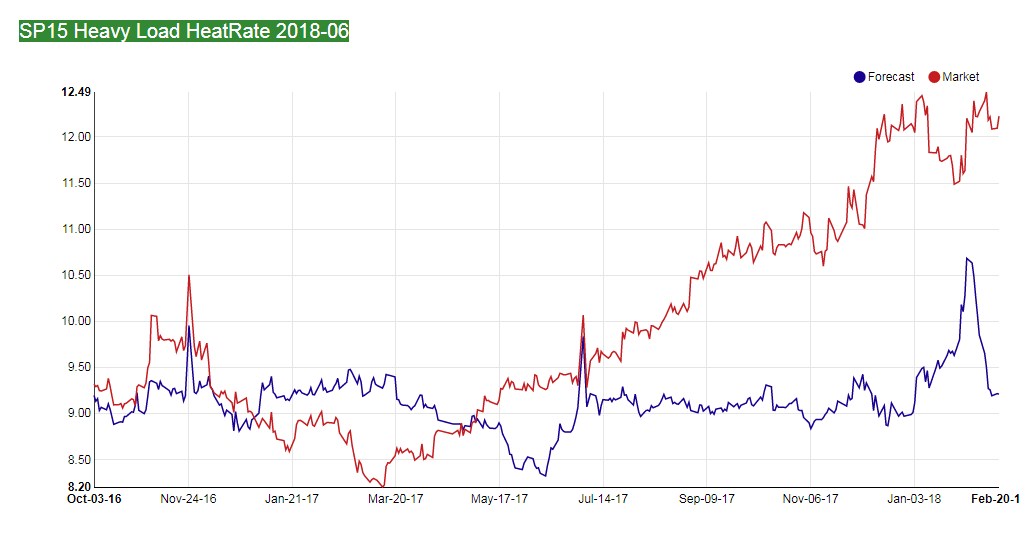 The model would like to short this; I wouldn’t. California is bone dry and prone to early heat; now the June SP appears to have found a new level, and we don’t see anything in the fundies to drive this down.

The Aug Palo has been on a bull run all winter long and is now crazy high, but without weak cash, we don’t see it coming off anytime soon and would pass. 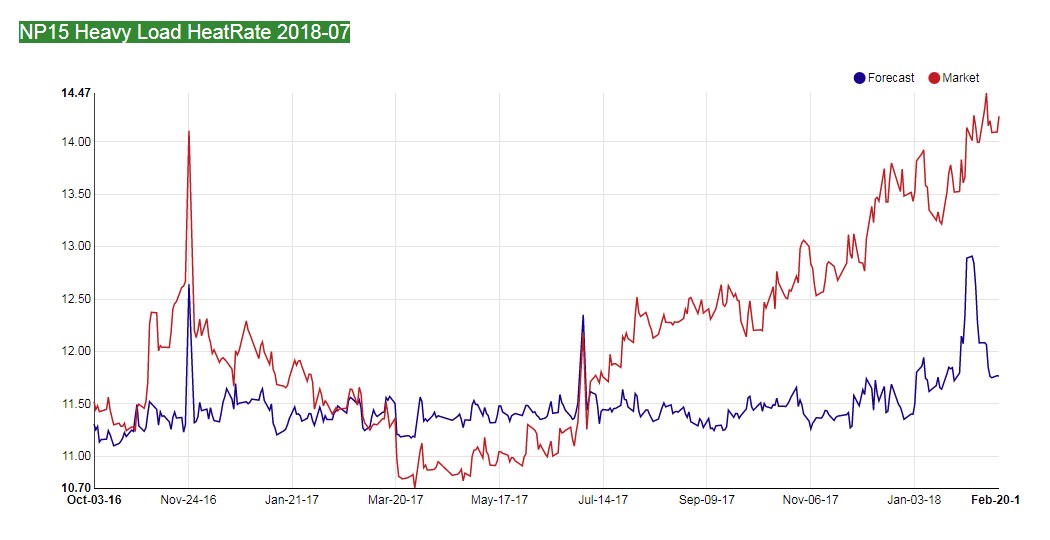 NP continues to rally, but the water year continues to puke out, so probably more reasonably priced than not. 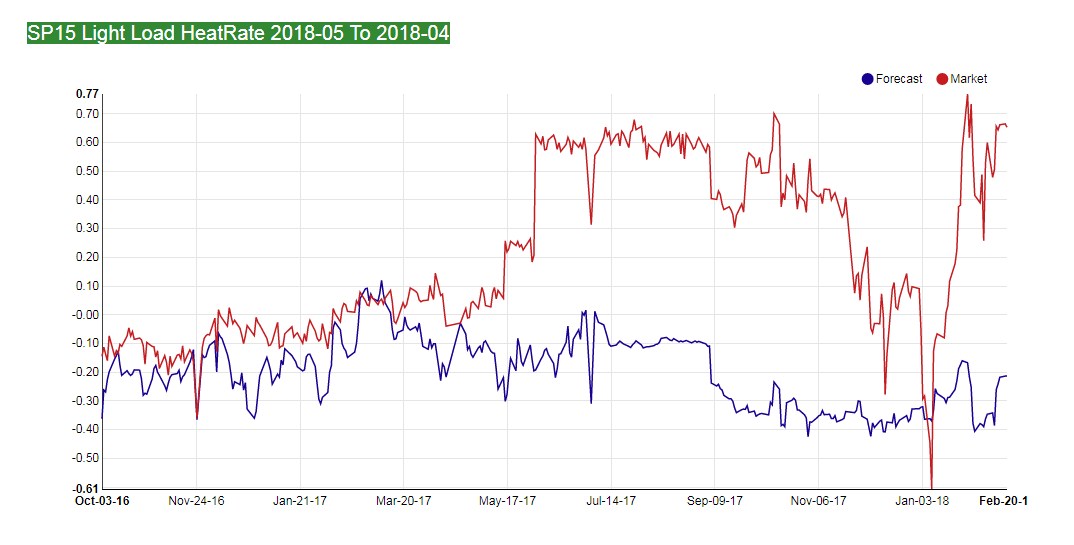 We wrote about this when you could own May for less than April, now the market corrected itself and if anything, its more of a short than a buy, but neither side is that interesting. 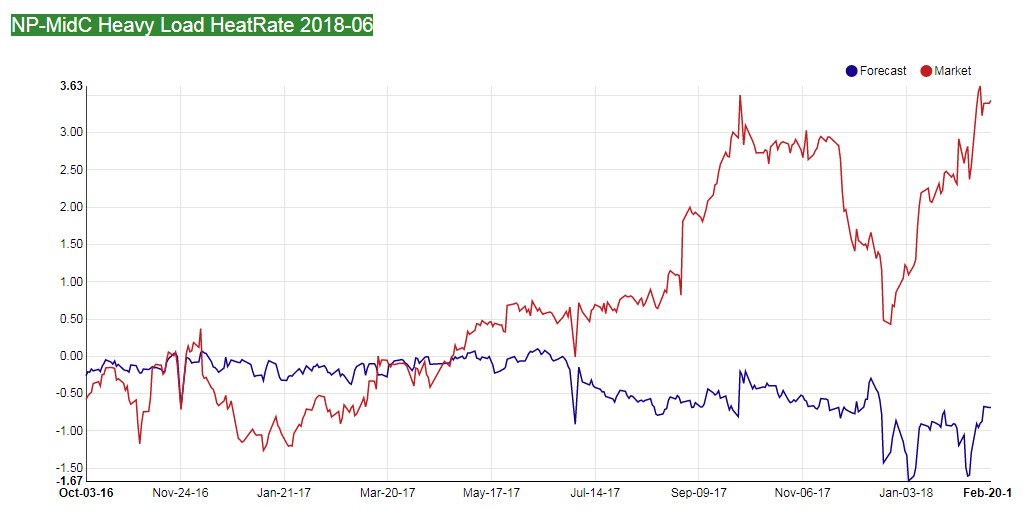 The NP spread to MidC for June has hit a contract high; selling this is not for the faint of heart, but we’d be tempted at these levels given the dry spell the Northwest has enjoyed. Unlike last year, the Snake system is below average and we still know nothing about the timing of the melt. 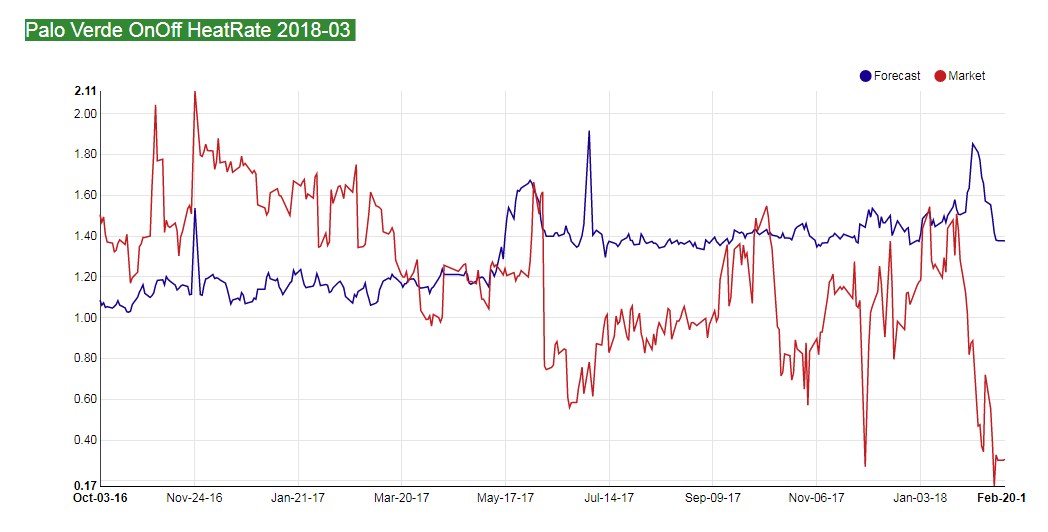 We had to look long and hard to find something to buy, here it is, the Palo March On|Off is at a contract low. Why? A nuke off? Last time I checked the LL takes the same net energy haircut as HL. 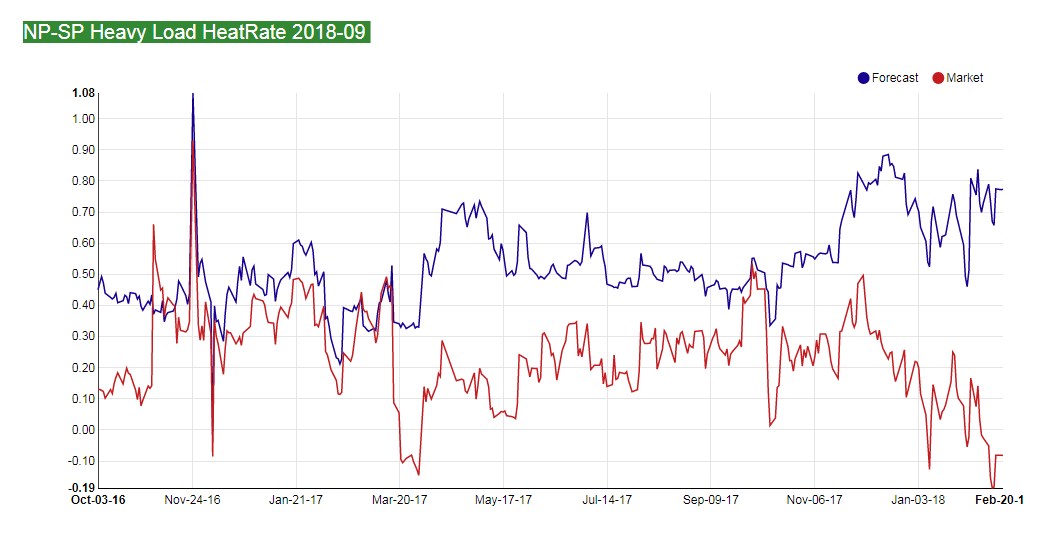 Another cheap one, the Sep NP|SP. We’d buy this, too; after all, the state is enjoying one of its dryest years on record, and most of the hydro capacity is in NP. 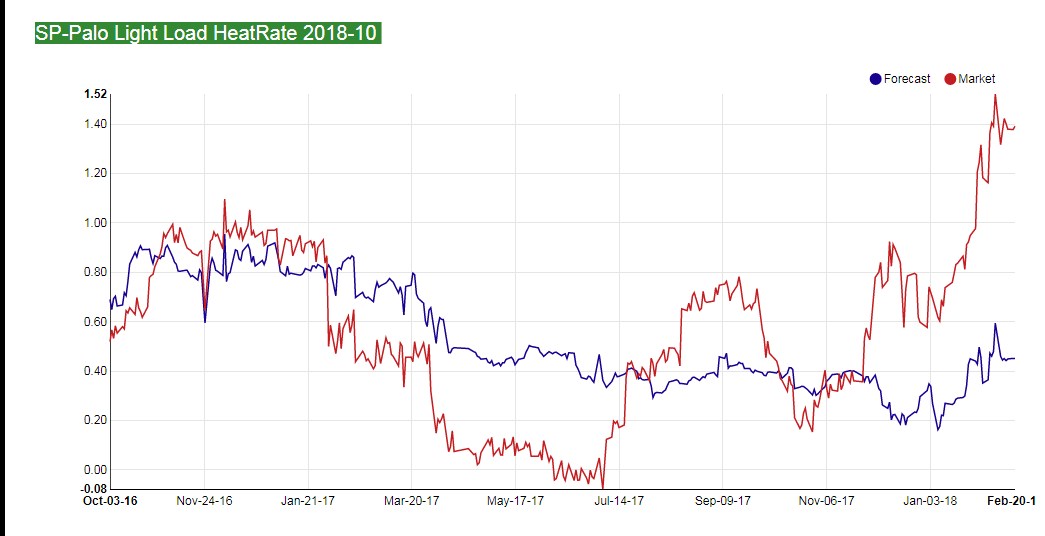 Wow, its February and we’re writing about an October market. The market is so enamored all things SP that it sometimes forgets there is a transmission line connecting the two hubs. There is no fundamental reason why this market is priced so high, but the odds of executing anything for Oct in Feb are about equal to Melanie revoking Donnie’s tweet privileges. 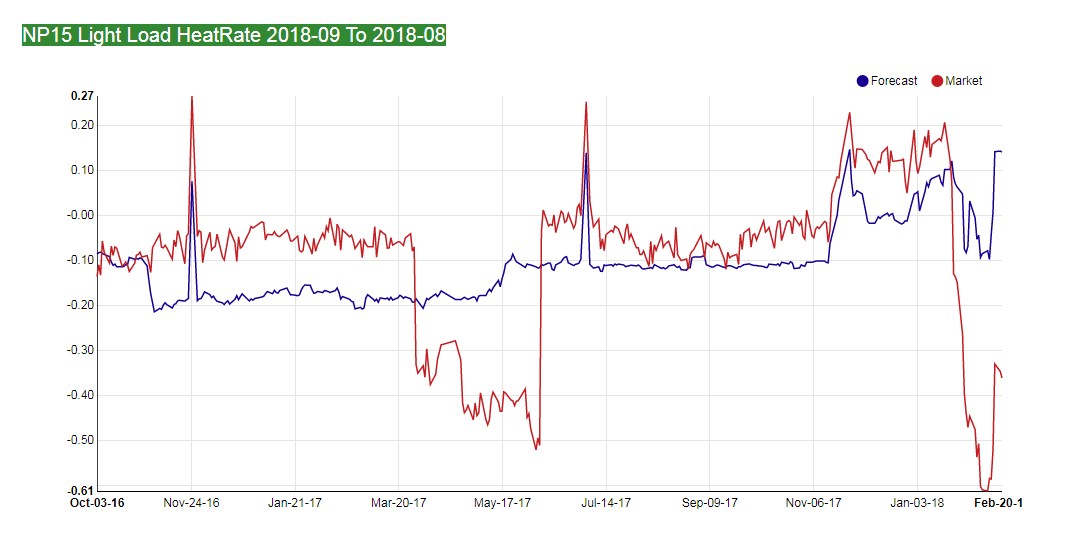 The market forgot about September, also known as the “poor man’s summer” and bid up the Aug while forgetting about Sep. 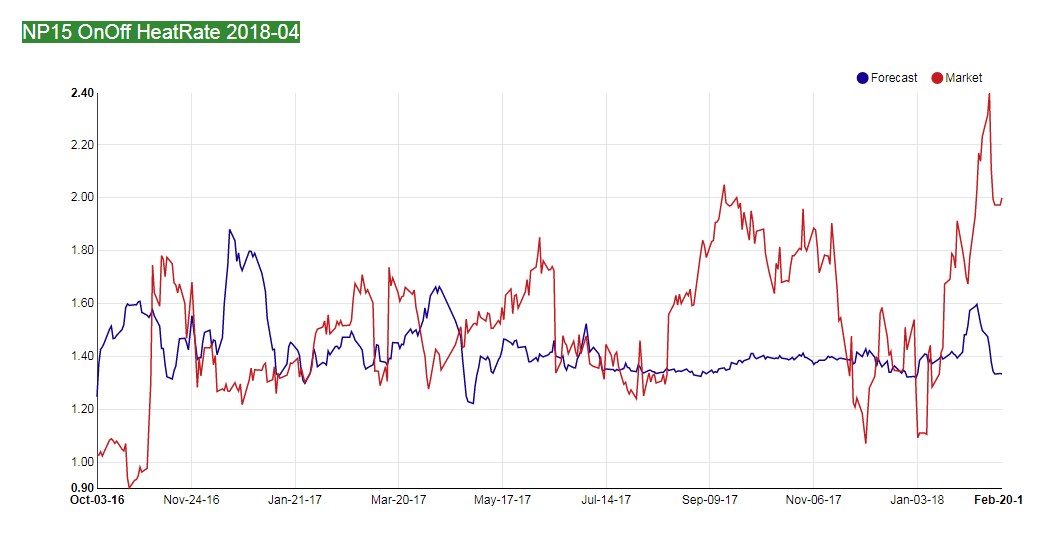 This was a nice short, now its just ok. 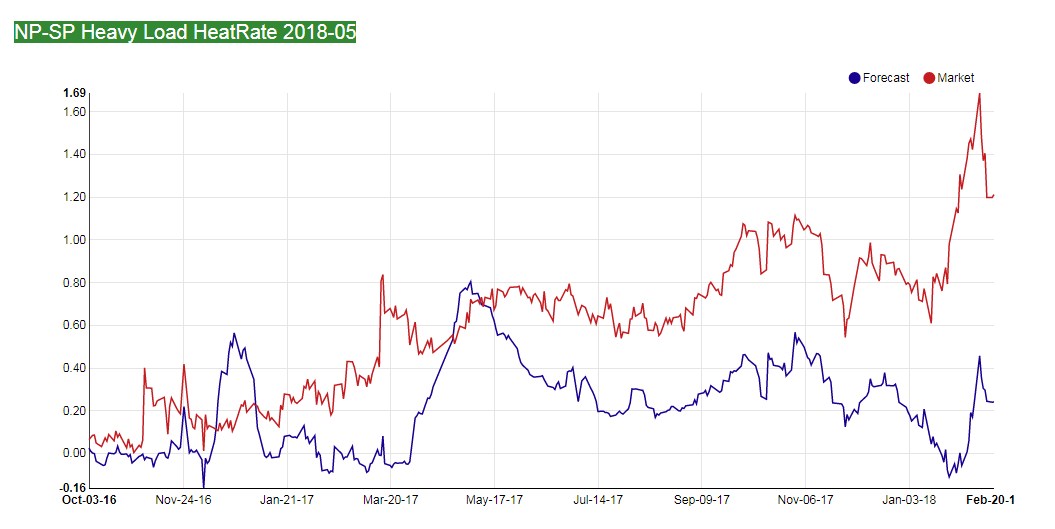 More NP|SP, after hitting a contract high has pulled back, but still rich in our opinion. 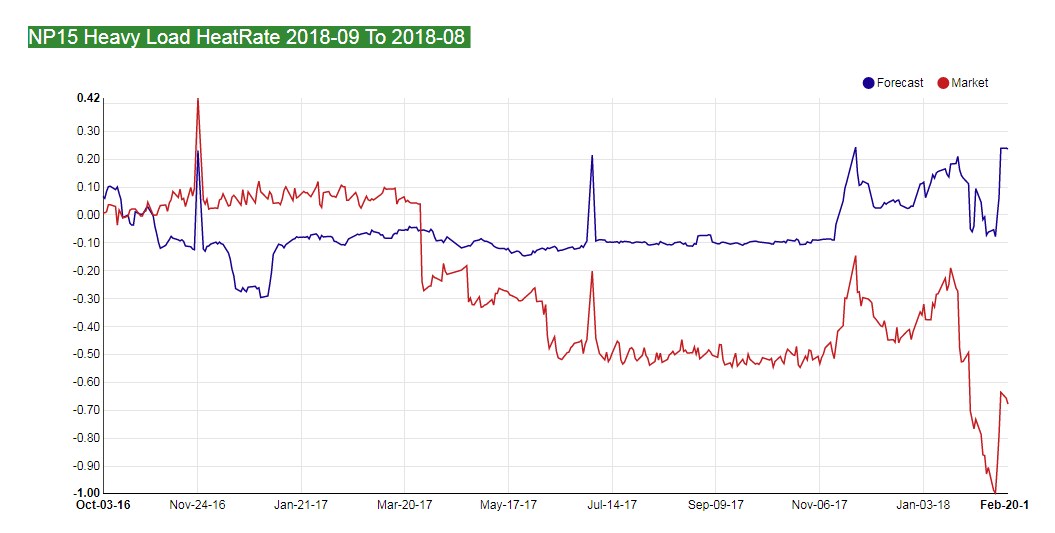 Same as the LL we discussed above; was dirt cheap, now just cheap.

Cash is tight this week, and the precip outlook is dryish. Coulee is prematurely drafting for its drum gate work yet the snow anomalies above GCL grew, week on week, while those on the Snake continue to decay. Let’s see how Mr. Market treated the Mid-C. 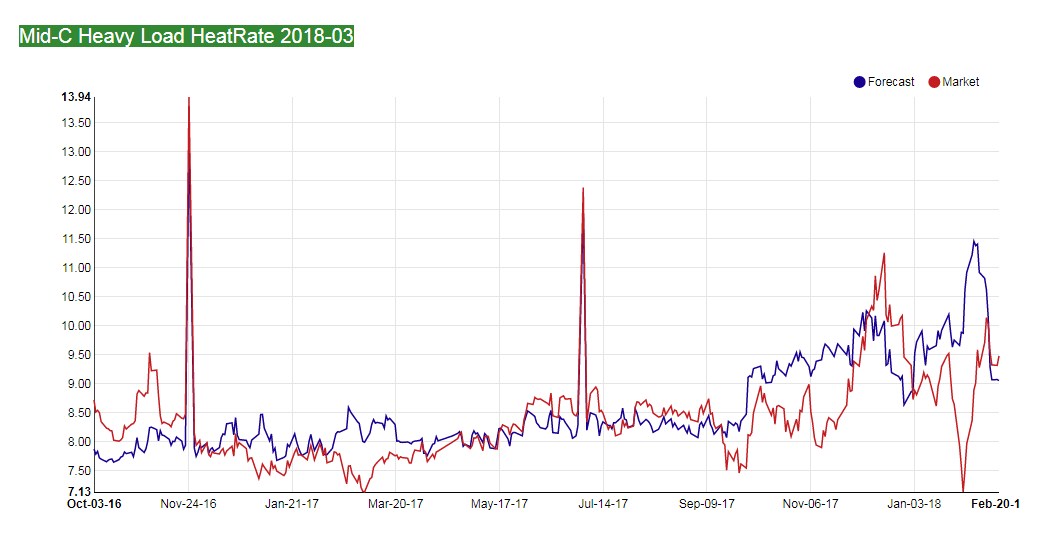 The market is starting to take a shining towards March, but we’d caution that it not grow overly exuberant, at least for the last half of that month, as the combined draft impact crests over those 15 days. Plus there is no mandated spill. Yet cash is tight, and we don’t see prompt doing anything this week, but if it rallies, we’d sell it. 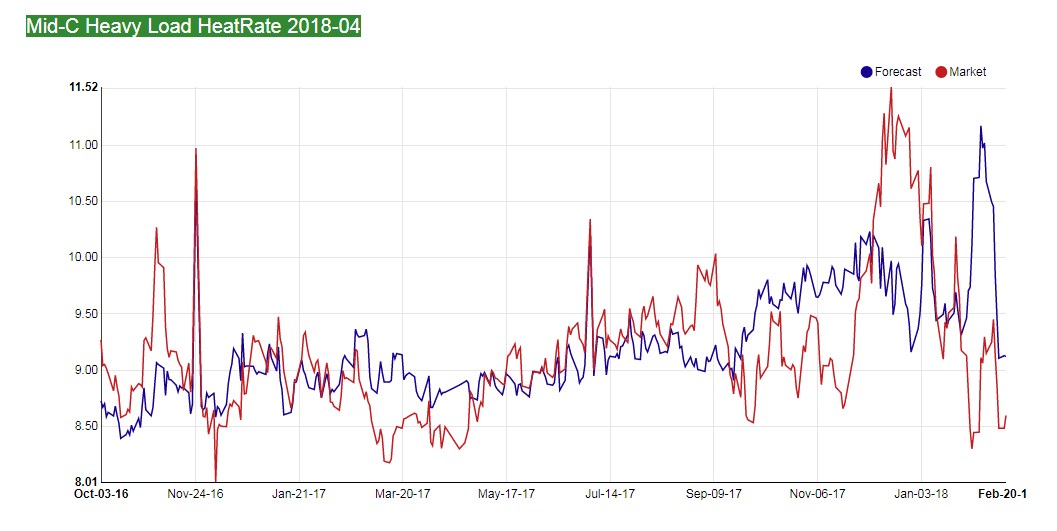 April, on the other hand, has been battered, and maybe too much so. Unless the draft goes deeper, we’d be more inclined to own this given the dryish weather and the rapid Coulee drafts. 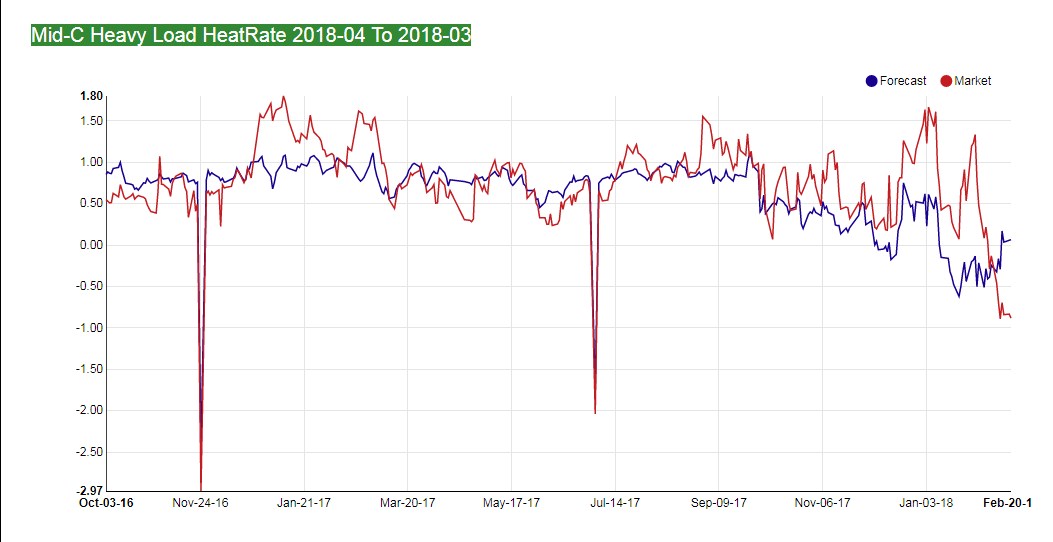 We loved shorting this, but now we’re not so sure selling contract lows is the right strategy. If we still had that short on we’d buy it back in a heartbeat; if we were flat, we’d be tempted to own this at these levels. Bear in mind, the last half of March is the crest of the draft-driven regulated flows and April commences spill.

Wow, you really hate May. Not sure I agree with your assessment for the following reasons. 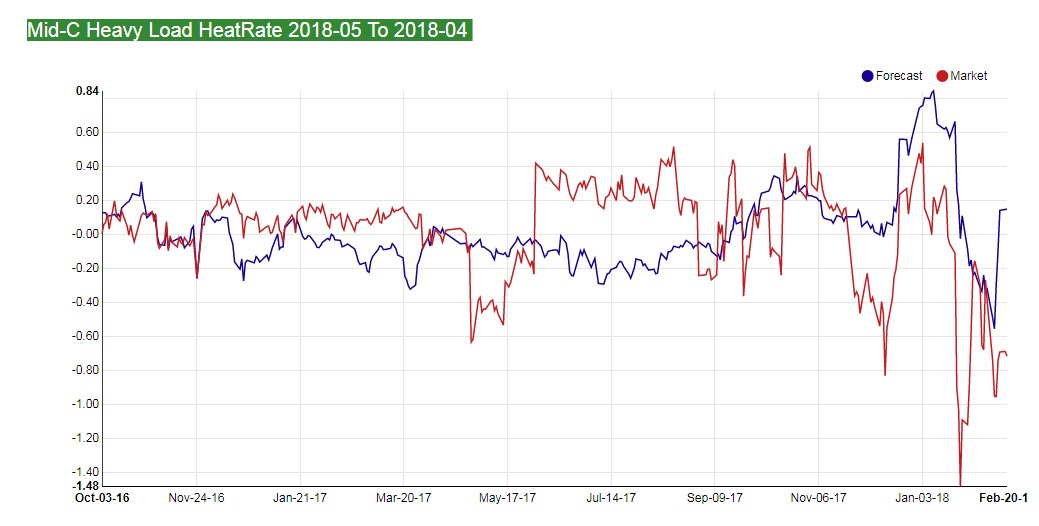 Not sure we agree with the roll, either, though it isn’t cheap enough to get overly excited, either, it’s growing that way. At these levels, we’d own it, but probably just play the outrights.

Whoa, contract low in the June; contrast today’s mark with the pre-Christmas histrionics. It is too cheap in our opinion because the temperature will drive the ultimate value and we know nothing about that yet. We do know its a big water year above Coulee, and average to below average on the Snake, but nothing else. 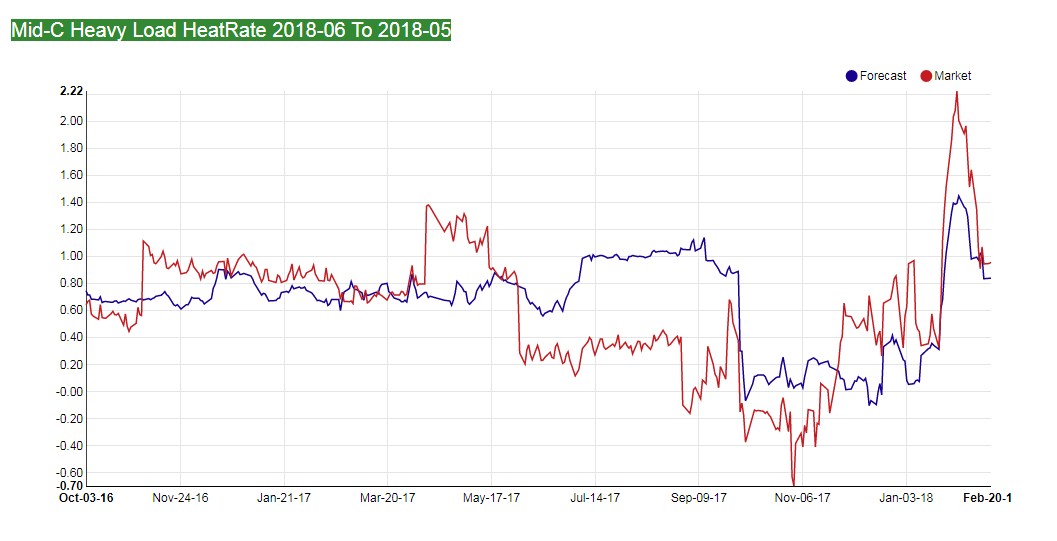 We agree with this week’s move in the June|May; there was no reason for June to trade at such a premium, now this roll is reasonably priced. 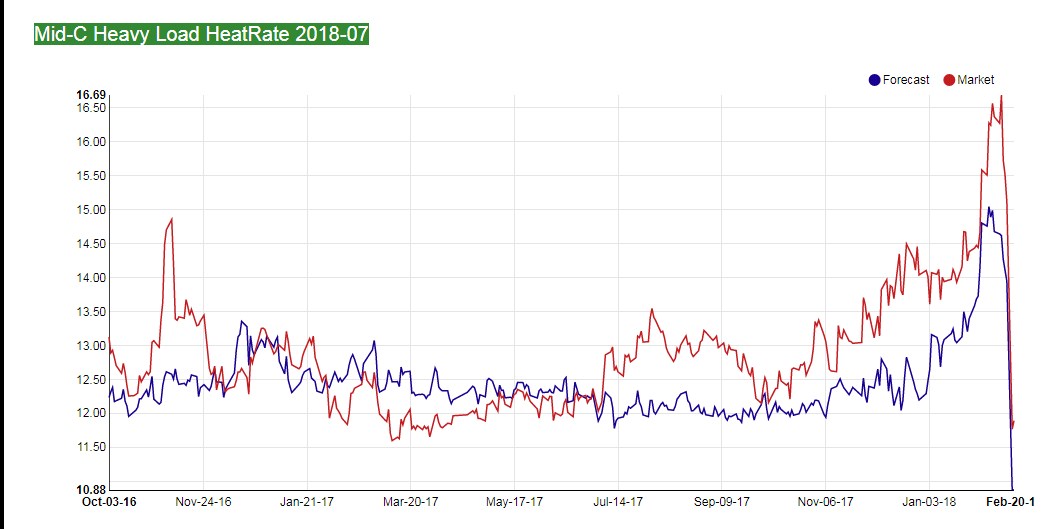 This has to be a bad gas mark since the forecast cratered in sync with the market. If those market heat rates are real, we’d own this.