SoCal Citygate continues to see its prices move erratically as they fell $0.85 day-on-day after rising $1.53 from the 13th to the 15th.  Most other hubs had small day-on-day changes as prices stabilized after a slow rise from the low on Feb 2nd.  AECO had the second-highest percentage inter-day change with 5.7% increase ($0.11).

Burbank will see daily highs rise to 77 tomorrow (nine above normal) before taking a dive as low as 62 (six below normal) by Monday.  Temps are forecasted to stay below average for the following two weeks, though mostly hovering within a couple degrees of normal.

Salt Lake City will finally get a cooldown as well as the 19th is forecasting a low of 19 followed by 18 on the 20th.  Both days come in several degrees cooler than projected yesterday.  Lows look to bounce back quickly as the 23rd shows up five degrees above normal.

Seattle lows will fall from 44 tonight to 25 by the 19th, settling at 11 degrees below normal.  Temps will dip into the 20’s for a total of three straight days (18th-20th) before eventually climbing back above normal by the 22nd.  The rest of the month projects lows to stay within three degrees of average.

Storage has seen a massive shift since the 12th, moving from a net change of -544,000 MCF to over 99,000 MCF in added storage.  This marks the first day of positive storage since January 21st. 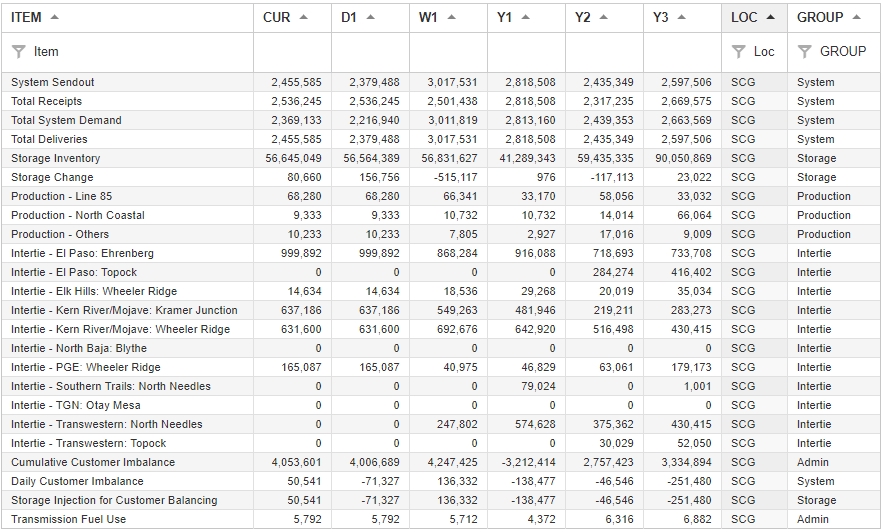 Transwestern: North Needles is offline again as of today, falling from 265,000 MCF yesterday to 0 today, and ending the 20 day online run.

Total System Demand has seen a steep decline after hitting a monthly high on the 12th at 3,012,000 MCF. 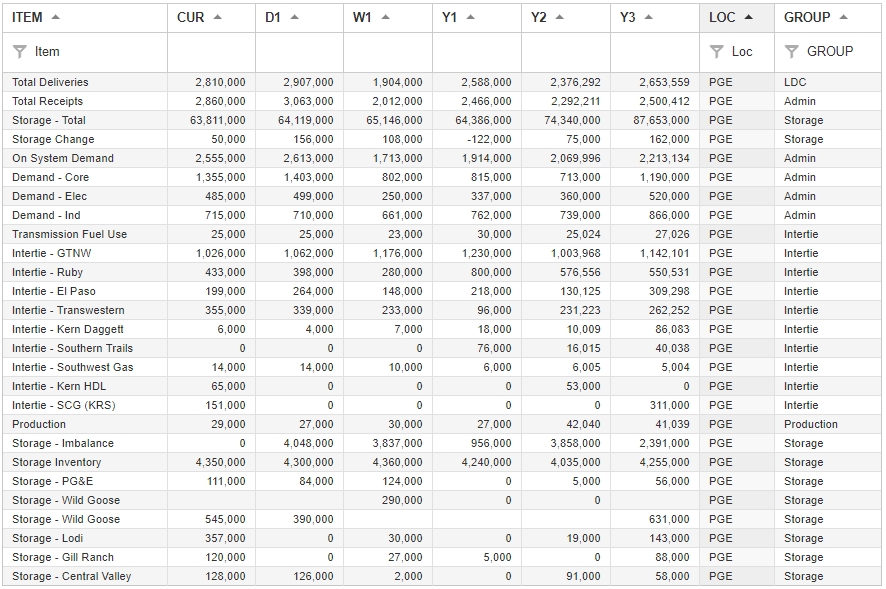 Almost all the core demand week-on-week increase was realized on the 10th and 11th.  The days since have essentially held their position.