Our takeaway from the fundies was bullish cash early next week. That is the background, and we can prove that change in cash is positively correlated to change in term (dumb, huh, but true). So let’s look at some markets. First, we’ll filter APT on Quarters, sorted Rank ascending, then re-examine the Mid-C front. 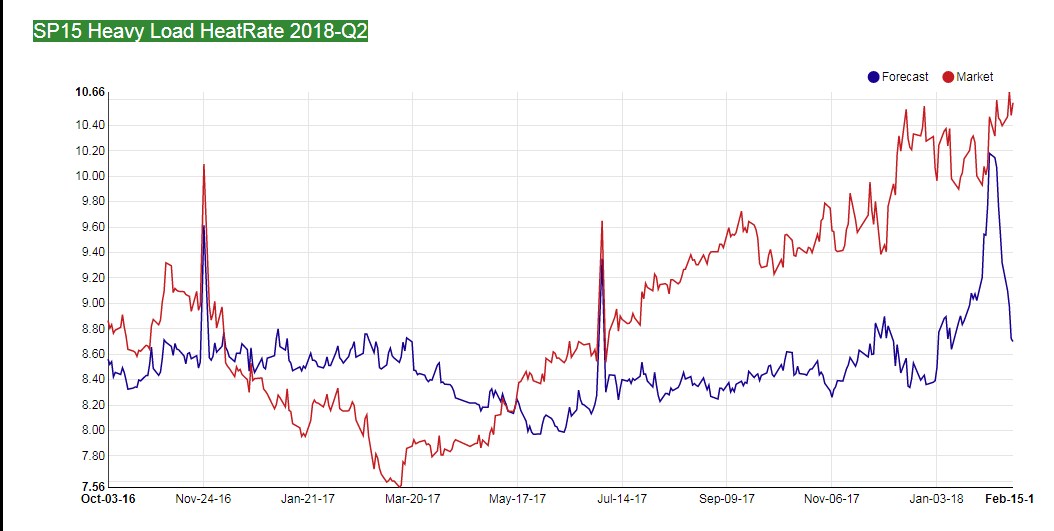 It is hard to sell SP Q2, not with expected cash strength next week, record dry water year, global warming, problems with the gas infrastructure, market hype, trend is your friend, blah blah blah. At some point, someone is going to get paid for being short SP Q2, but not us today; we’ll pass and look to safer products. 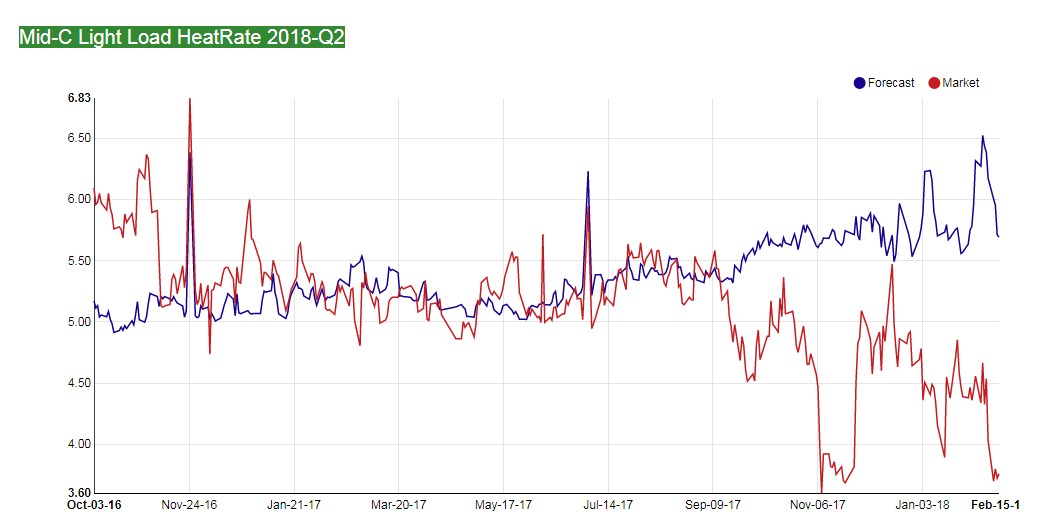 Maybe like Q2 LL at Mid-C? The market slapped her senseless over the last week; now the red-headed step-child is back to contract lows. Makes sense, given the massive water year, but its all about incremental changes and we’re seeing a couple of big ones afoot at the moment.

NP Q2 just grows ever higher, but the outlook grows ever more bullish off of very dry and now cold. If the gun were at my head, I’d have no choice but buy this. 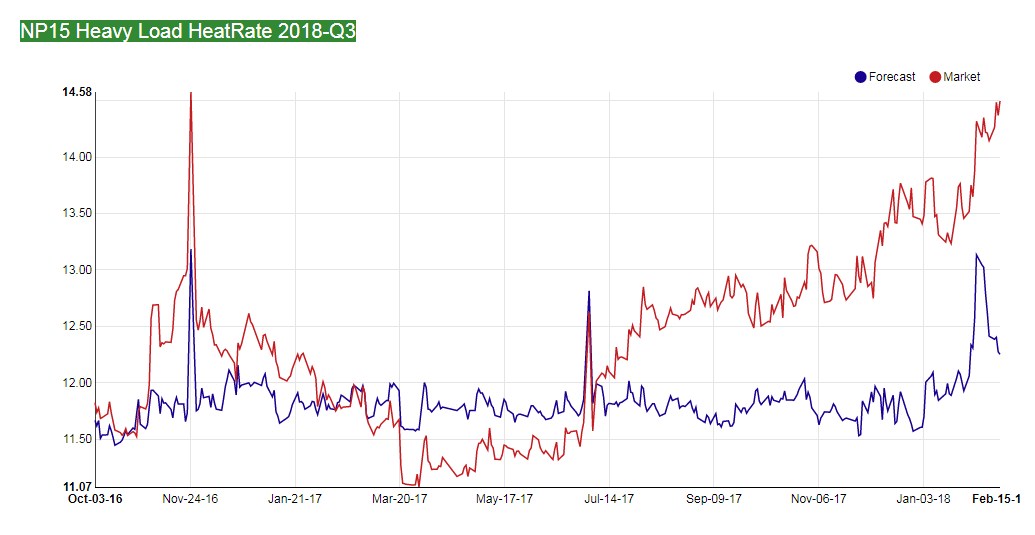 Same trade, just Q3, but would probably own the two over the three just given next week. R Values (cash to term) are higher the closer in; still, this is pricey, but we’d not short it. 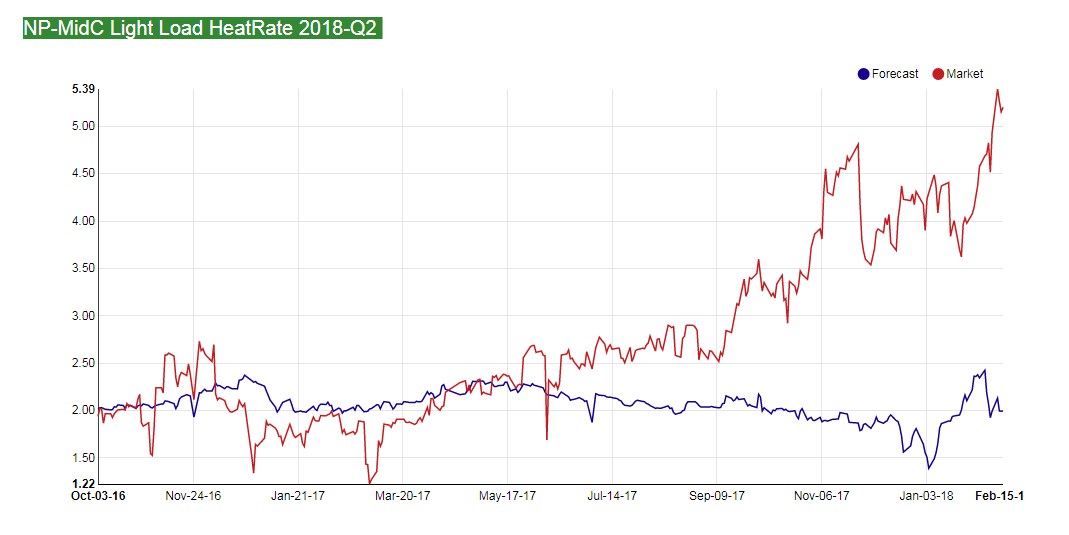 This pricey too, the Q2 NP-MC LL. We looked at the underlying, we’d be tempted to short this, but probably already did through the legs. 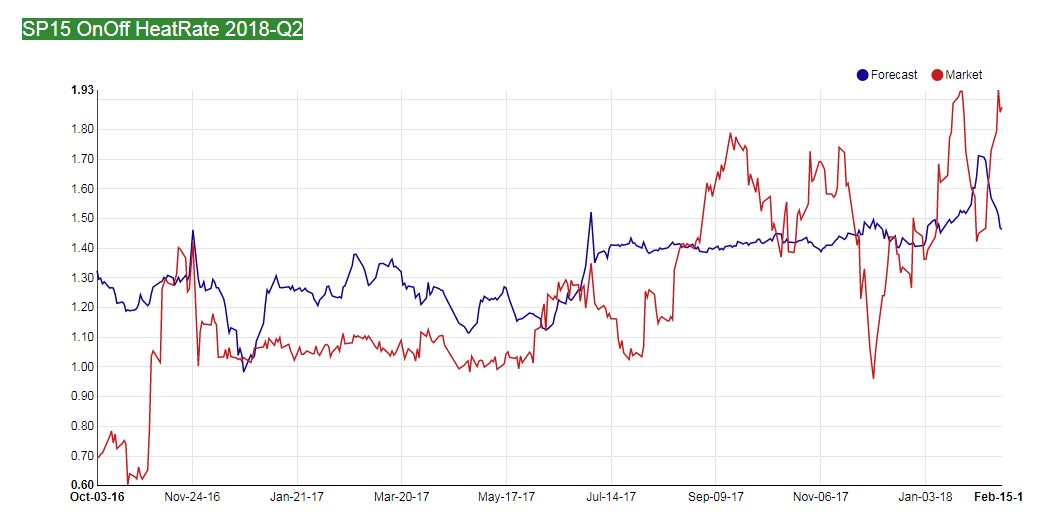 Shorting the on off is just selling the daily call, but now that the Q2 SP is back to its contract high, we’d sell it as we think LL gets tight next week. Plus, this is a very dry water year, Hydro LL takes just as big a haircut as HL. Maybe, one should wait til Monday-Tuesday, and if the market blows out, this would follow it up, then sell it. 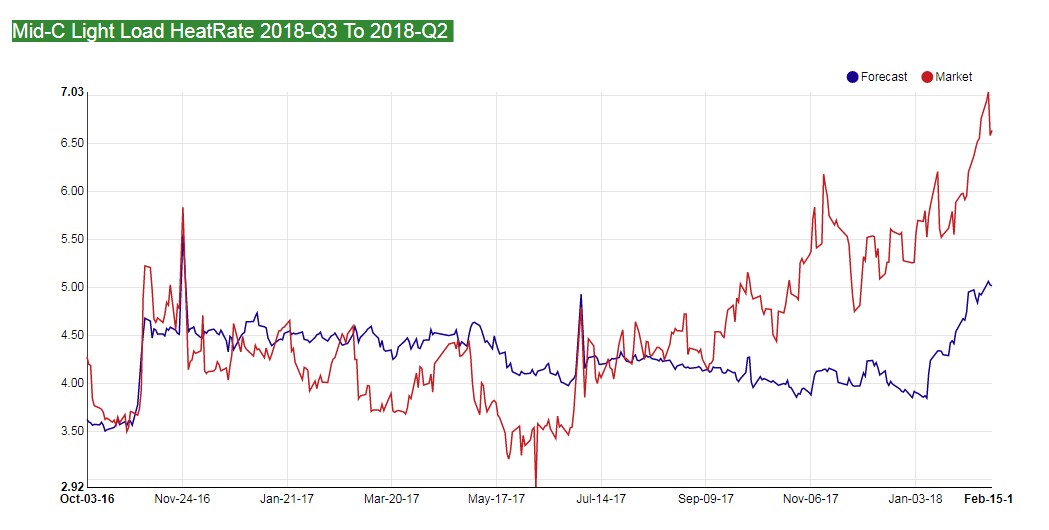 LL Three to Two, at Mid-C, set a contract high this week. Don’t think in a 110% average water year that Q3 escapes unscathed; there is so much snow above Coulee that both the Kootenai and Pend Oreille are going to see record July flows – unless we see record heat in May or June.

We’ve banged the gong on this one, the Q1|Q4 HL; market hates Q1, but perhaps after next week that sentiment will change. We’d fade extreme pricing, this is beyond extreme, and especially so given what’s coming in cash next week – cash that is Q1 cash. Buy like a recently paid drunken sailor on the first night of shore leave. 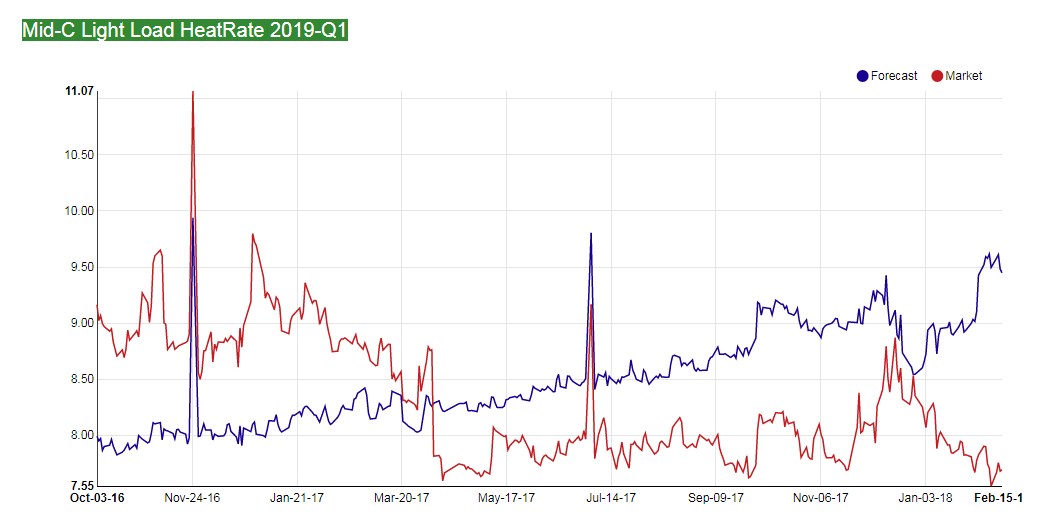 Similar sentiment for the Q1 MidC LL. We’d own this today given what’s coming next week. 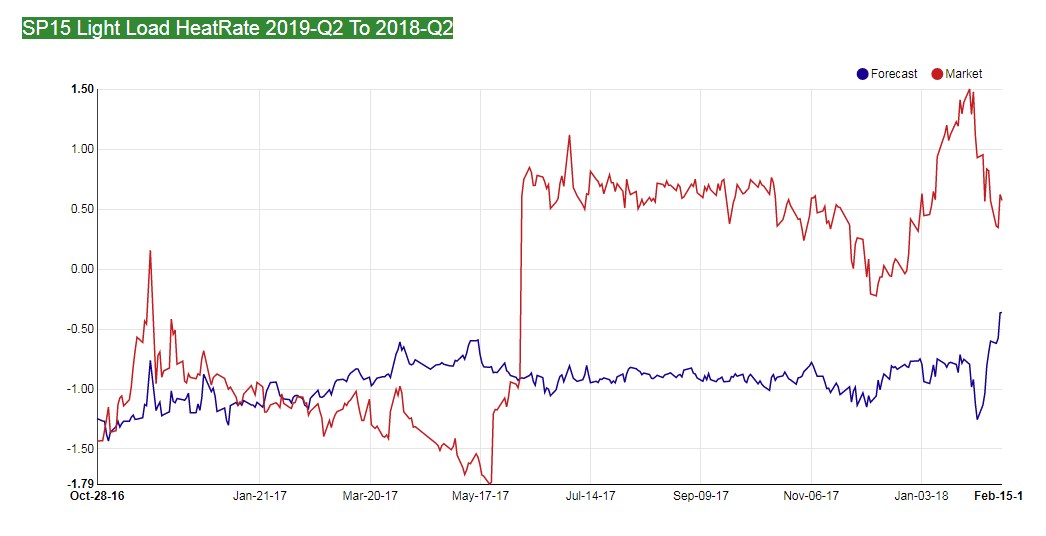 We wrote about this a few weeks ago, from the short-side. Market rethought its position and sold the roll back to value; we’d still be inclined to short this given that 2018 will be dryer than 19. 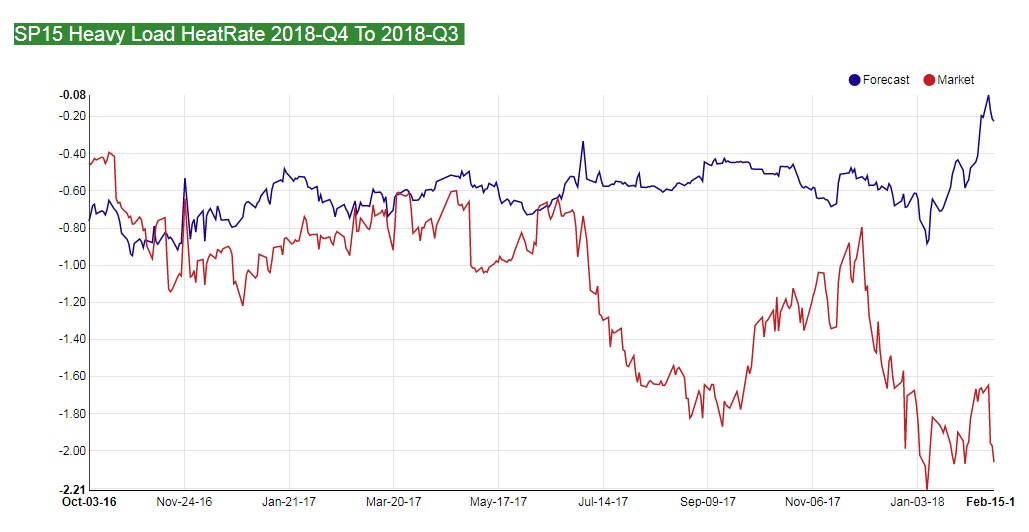 Like the On|Off, selling this is like selling the call, but Q4 is always hot in LA and its cheap, maybe gets cheaper, but we’d own it. 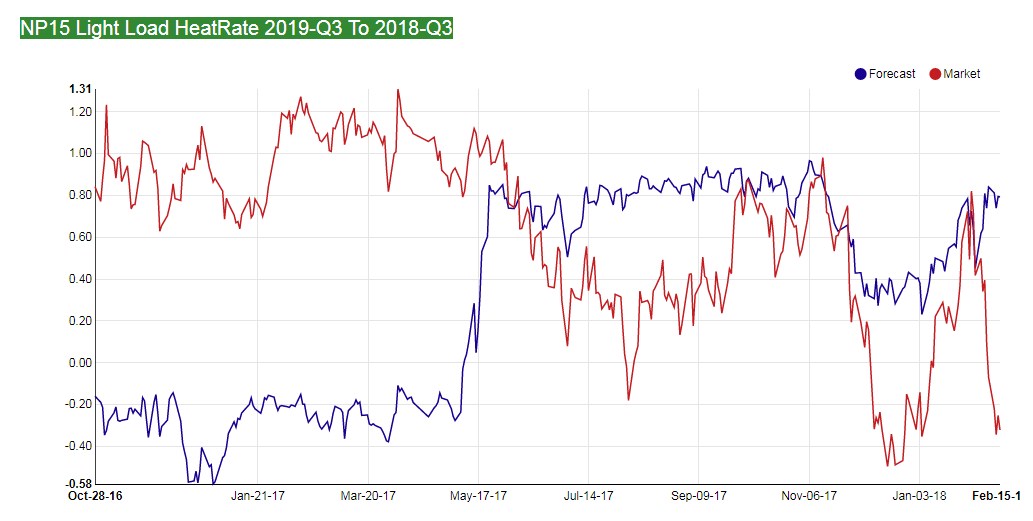 The last time the roll got this cheap, it screamed up, but we’d suggest its priced reasonably given 2018 fundamentals. 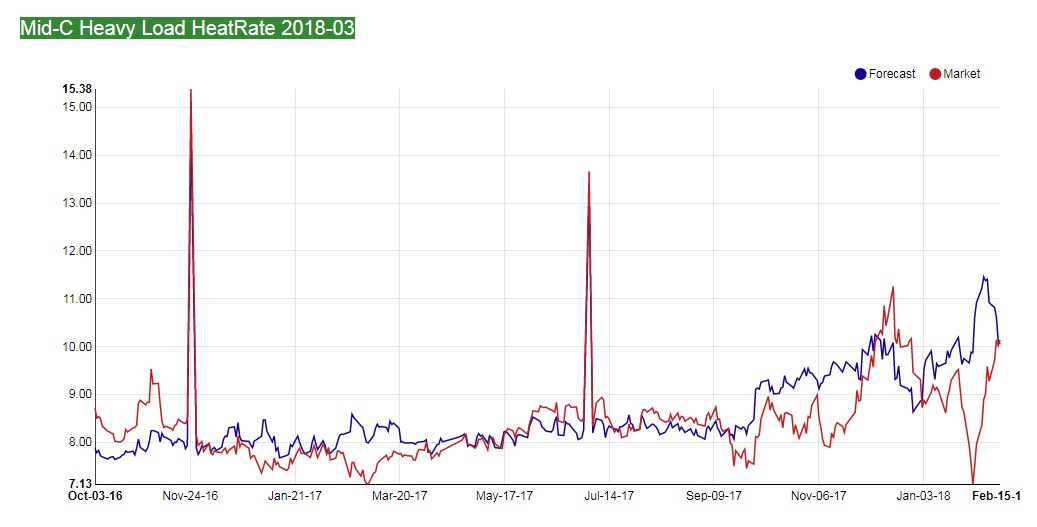 Owning March has been a good thing, but we think its still worth buying off of cold and dry. 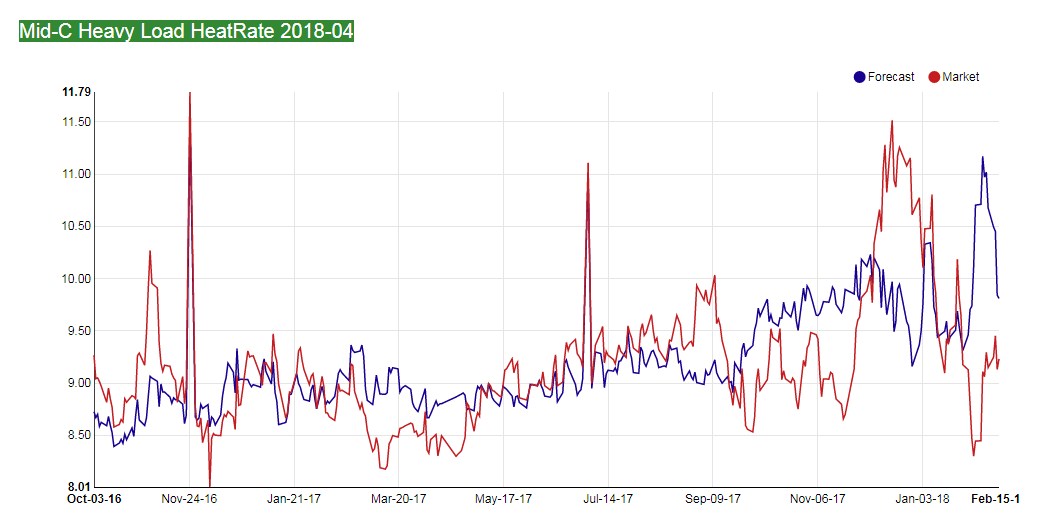 I can’t disagree with the recent rally in April, not with drum gate drafts absorbing some of the flood control pain. Should cash rally next week so shall the April, then we’d jump in and short it back to reality.

OK, this is finally getting priced equitably, now it may even be cheap, especially if drum gate happens. Why? Because of three things: 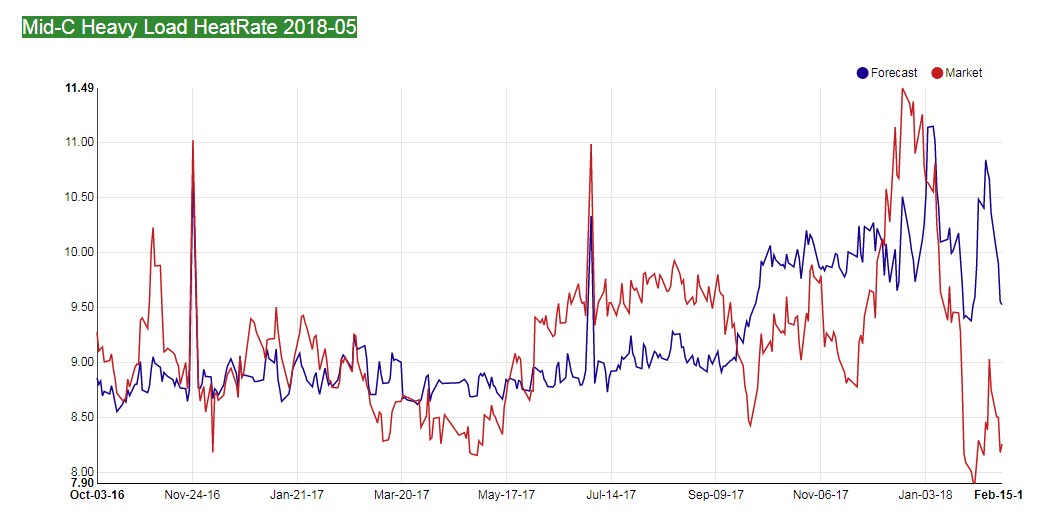 Back to falling, the May HL is. Why? Snow anomalies are off 5%, the outlook is dryish, and we’re looking at the coldest three day stretch of WY18. We’d buy this. 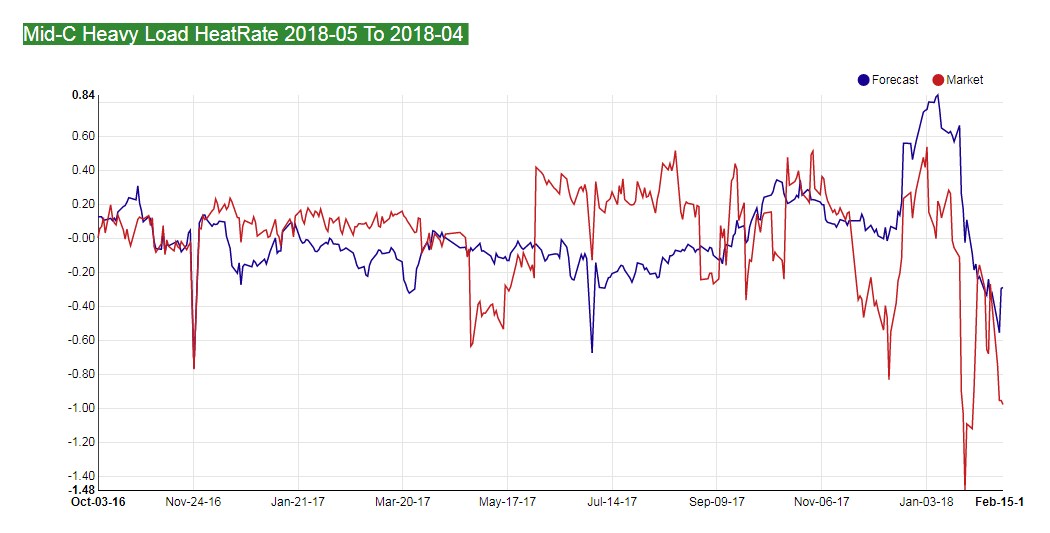 This roll trades like a bitcoin, now its growing cheaper, but not sure we disagree (see April above); for now we’d watch and see where it sits after a few cold-driven cash days next week. 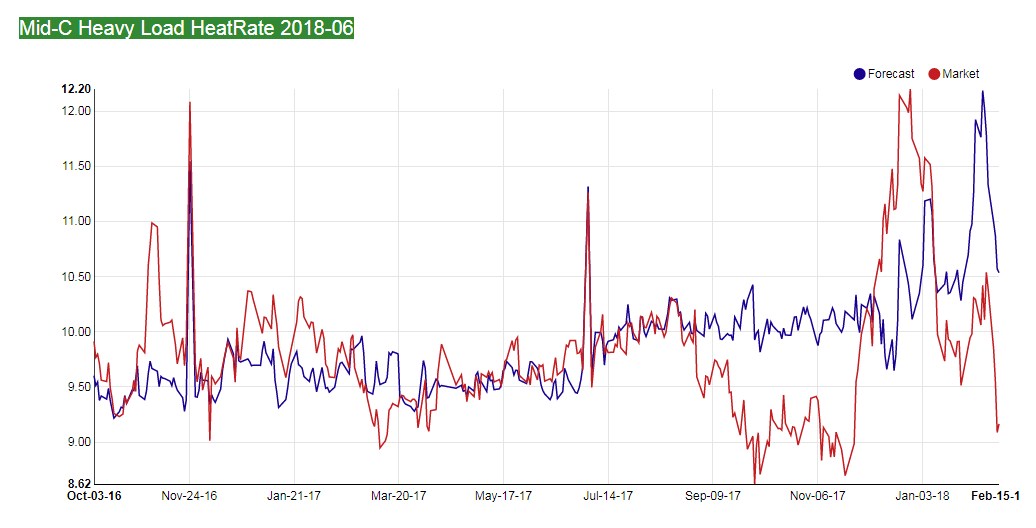 This move has to be bad gas marks, note the parallel moves in both forecast and market. That said, its cheap and we’d probably buy it just because of next week, and be ready to flip out for a buck or two. 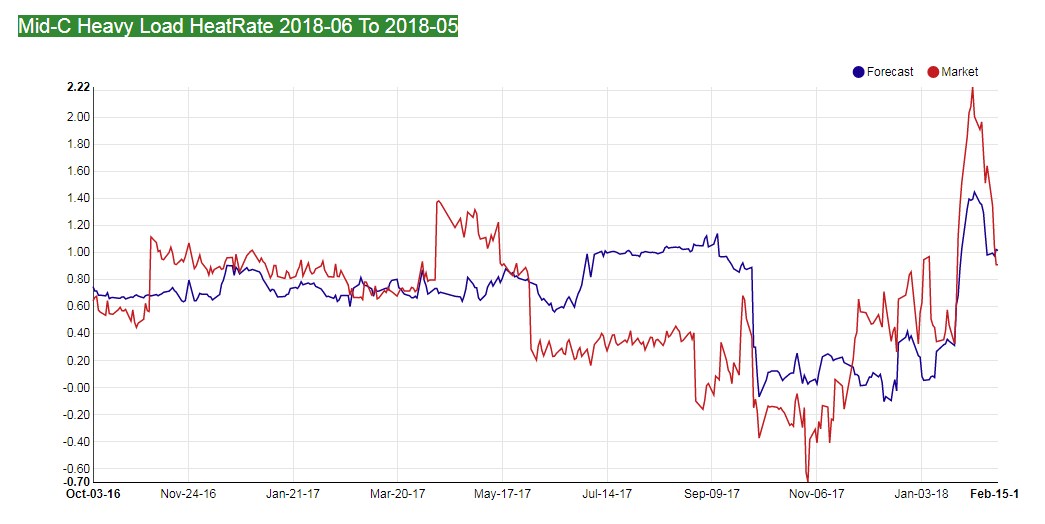 We never believed June should trade premium to May, or at least not by as much as it did two weeks ago. Now it seems fairly priced and we’d pass.