All months saw significant increases with the latest STP update.  March broke the four-week trend of small bumps with a massive 1,710 aMW increase, while April moved even higher at 1,748 aMW.  February has increased over 4,250 aMW over the last four weeks as we saw another 689 added today.  June made its first appearance in the forecast, and while there aren’t previous weeks to compare it to, it still comfortably above the average.

February’s gains begin immediately and while they extend through the remainder of the month, the most significant increases run through the 11th and peak at 1,800 aMW on the 7th.  While last week’s forecast saw March falling off a cliff to begin the month, this week shows an extension of February’s forecast, and includes a peculiar blip on the 13th that may be explained as an error on behalf of STP — we’ll keep an eye on it.  April shows steady increases through the month before seeing May drop out on the 1st, but eventually climb to new highs as June rolls in. 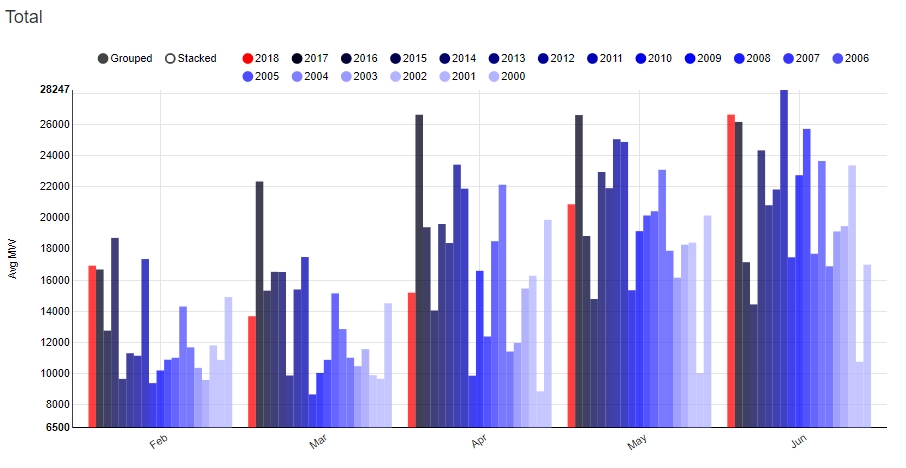 These massive week-on-week increases aren’t showing up as anything particularly impressive when compared to other years this century, though February may be the exception as it trails only ’15 and ’11.  March and April look average while May slightly above.