Our fundamental takeaway was bearish, let’s see if that sentiment holds after checking out the market prices. During runoff months, we do the south hubs first, then follow with just Mid-C HL bullets and rolls. 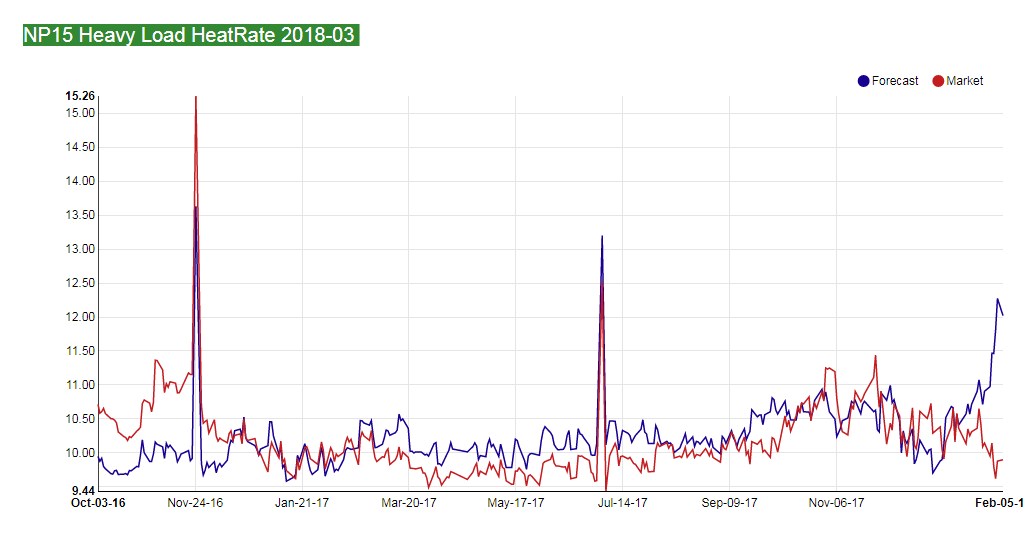 The forecast and market have widely diverged, and this is one of the few strong buys we saw. 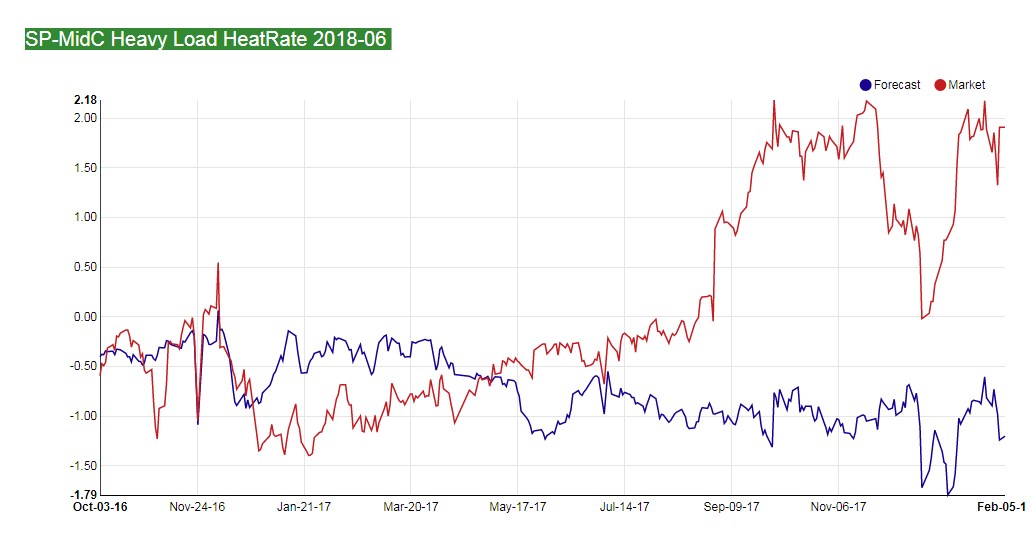 The spread remains quite high, and it should given a strong water year at the Mid-C and no water year in Kally; however, the ultimate cash value at Mid-C will be set by temperature, and we know BPA’s remarkable ability to keep gas on the margin. Contract highs should be shorted, this is not high, and we’d pass. 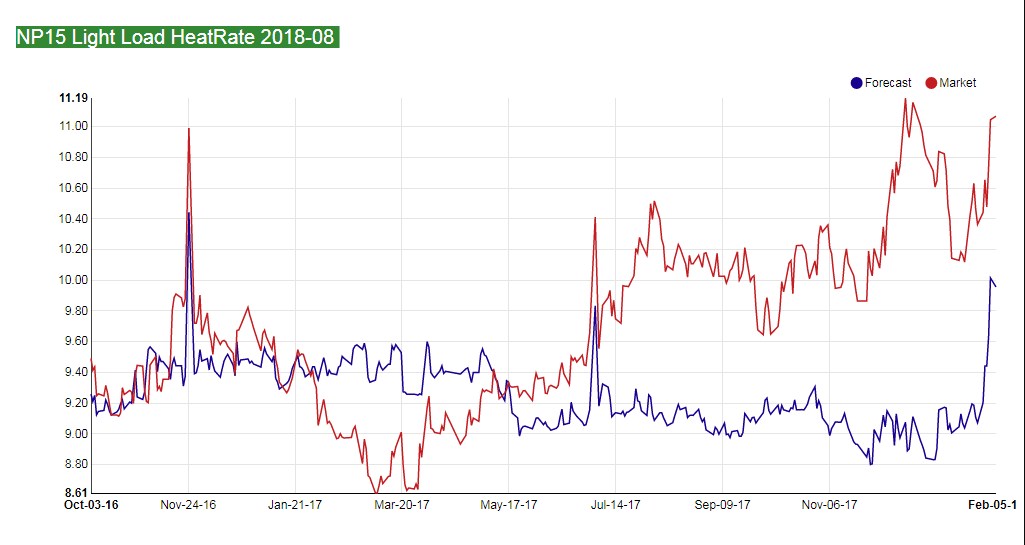 Note the parallel moves in the forecast and market suggesting all of the rally is in the gas. A contract high in a record low water year is fair value, pass. 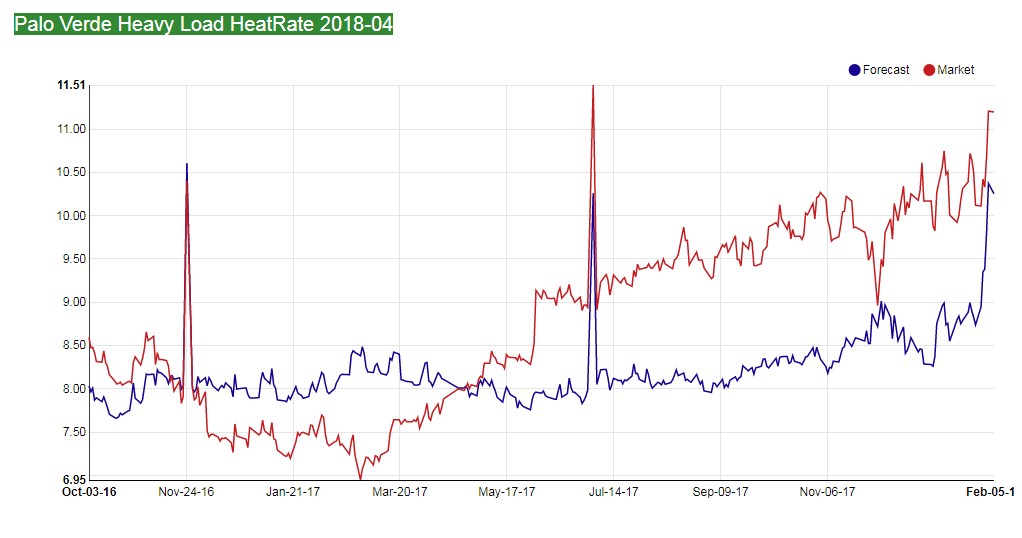 Similar price action in the PV April, a new contract high. We think eventually power catches up to the faster-moving gas and when that happens, the heat rates will come off. We’d be tempted to sell this. 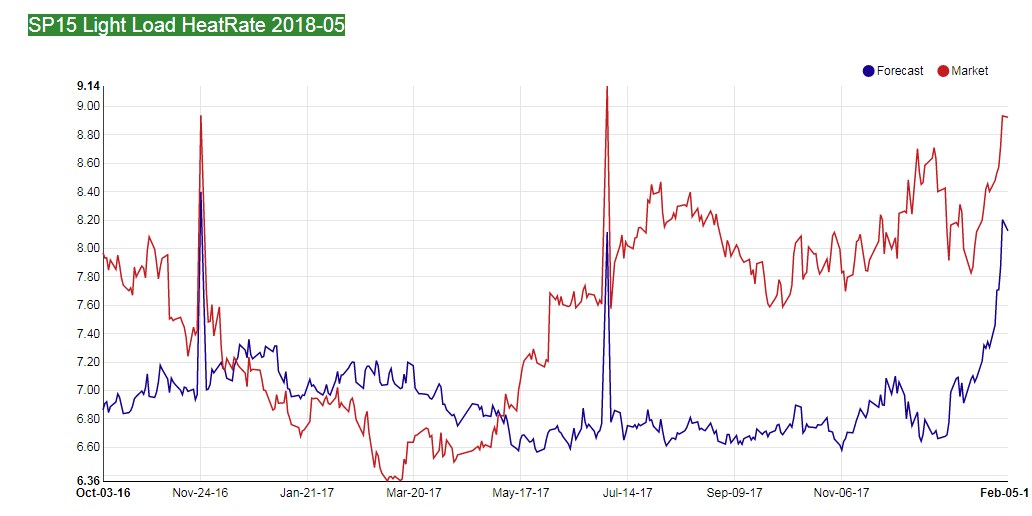 More of the same disconnect between the power and gas market and now the May SP LL is at a contract high. But we think there are better places to invest VaR – pass. 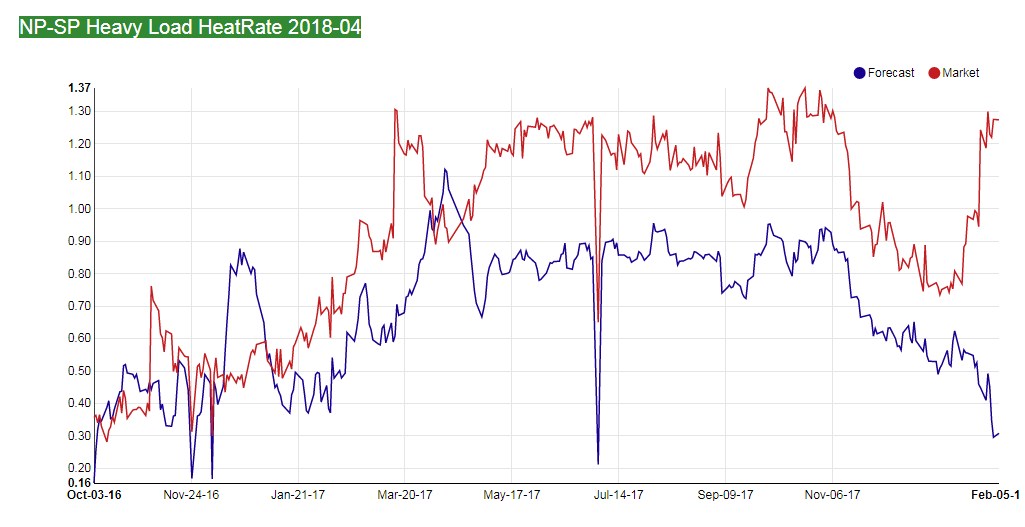 Like here, in the NP-SP HL spread, which is seeing a widening Market to Forecast delta and is at a contract high. Hey, this is a very dry water year, don’t expect any flooding this year, if anything, Brown’s Mellow this year.

The above is a recap of the last four years of actual ISO hydro, and that downward trend shall continue leaving NP about 2000 aMW of less energy in April 2018 than last year. 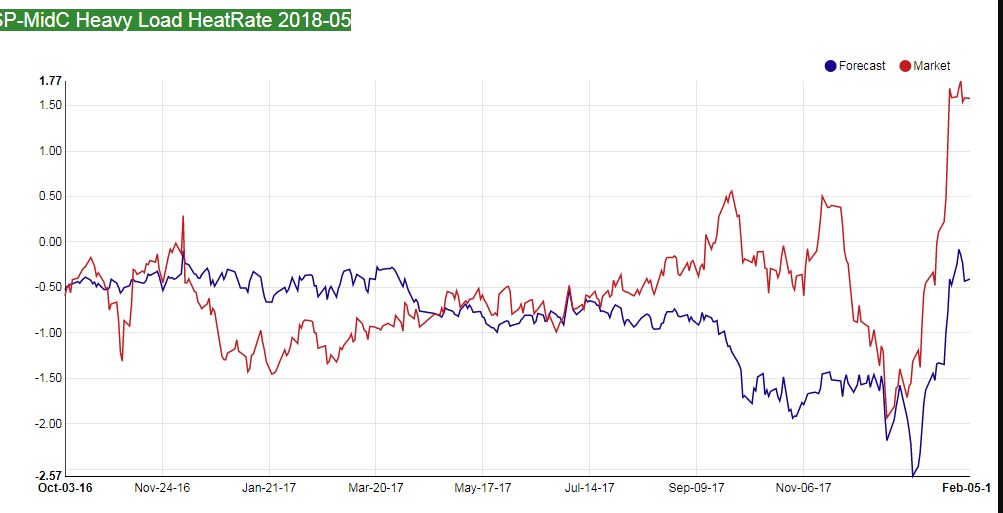 This is way too high, though it is gas driven to an extent, and we’d short it. May will be a big refill month for BPA leaving them lots of shaping bullets, and we don’t know if it will be cold, average, or warm. Those temperatures will set cash in May, and until we know what they are, we’d sell highs and buy lows. 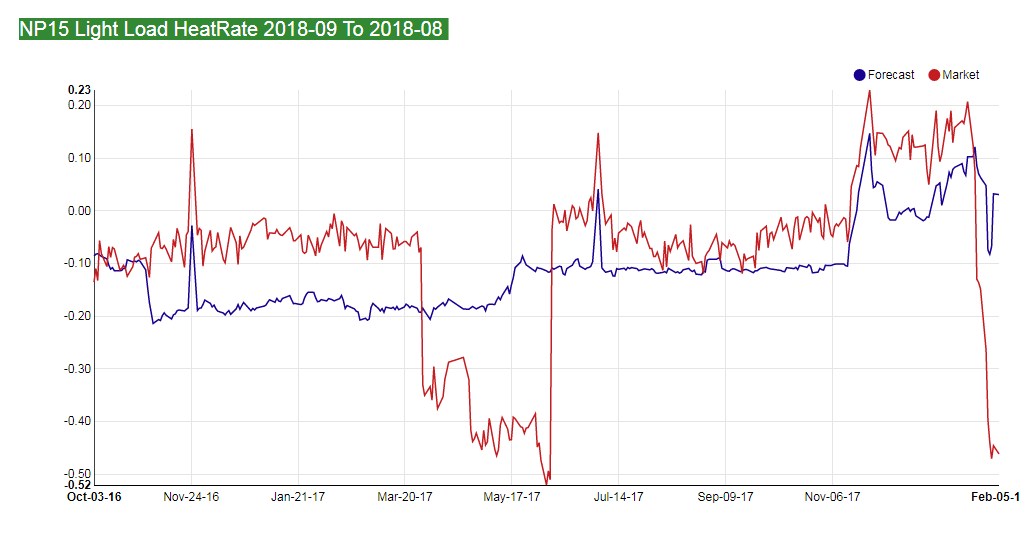 Here’s a low, in the NP LL Sep-Aug roll. Go figure out why, we can’t, and we’d buy like a drunk in a midnight choir. 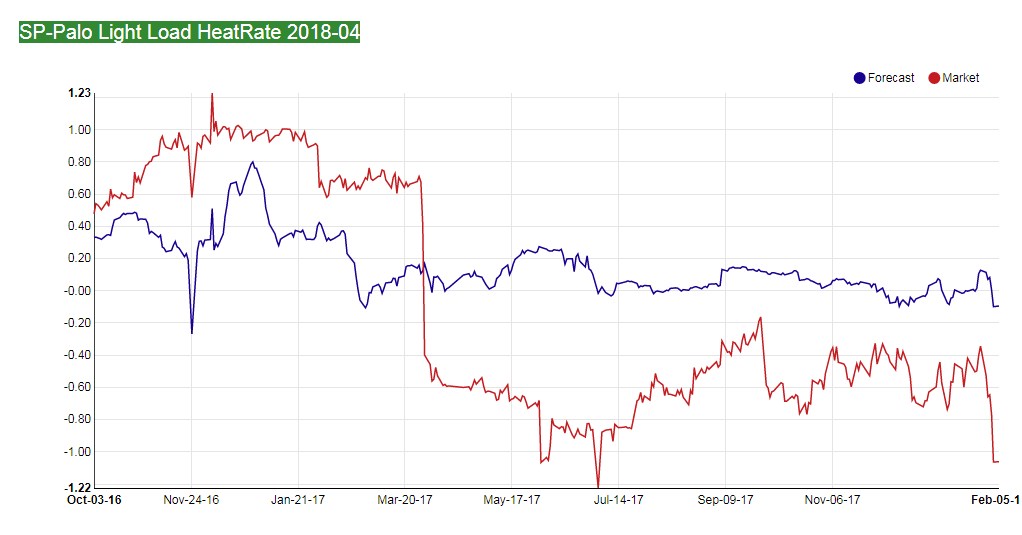 Hhhmm, a contract low in the SP|PV LL spread and it’s not gas driven, check out the tiny FC move. Buy. 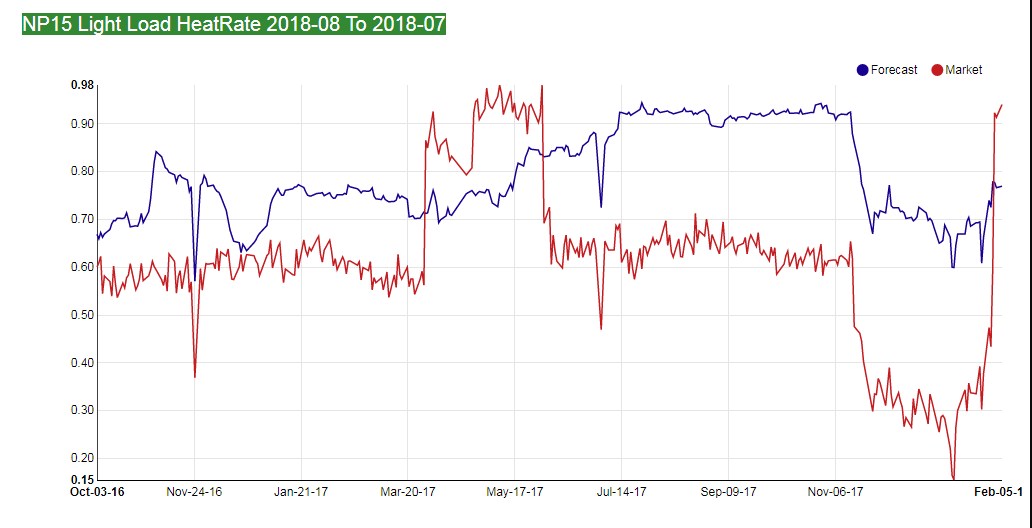 We wrote about this a few weeks ago, from the buy side, and what a buy that was; now we’d short it. The water delta between Aug and July is nada.

Let’s take a closer look at the king of volatility, the Mid-C amidst the runoff season. Oh, how fun. 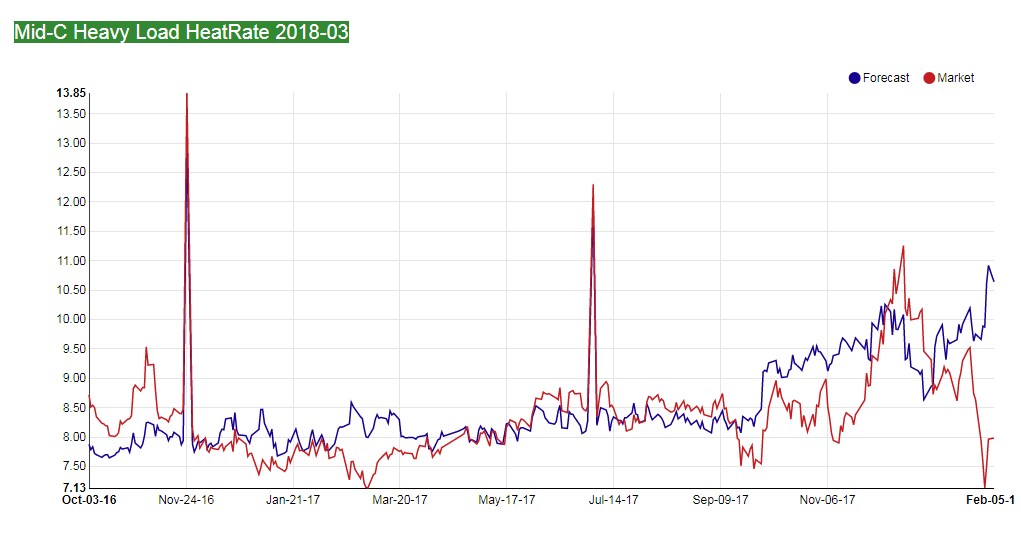 March was two cheap late last week; it still is cheap. We expect more water from regulation (deeper drafts), but we see dry weather in the current forecast and have no choice but to buy this. 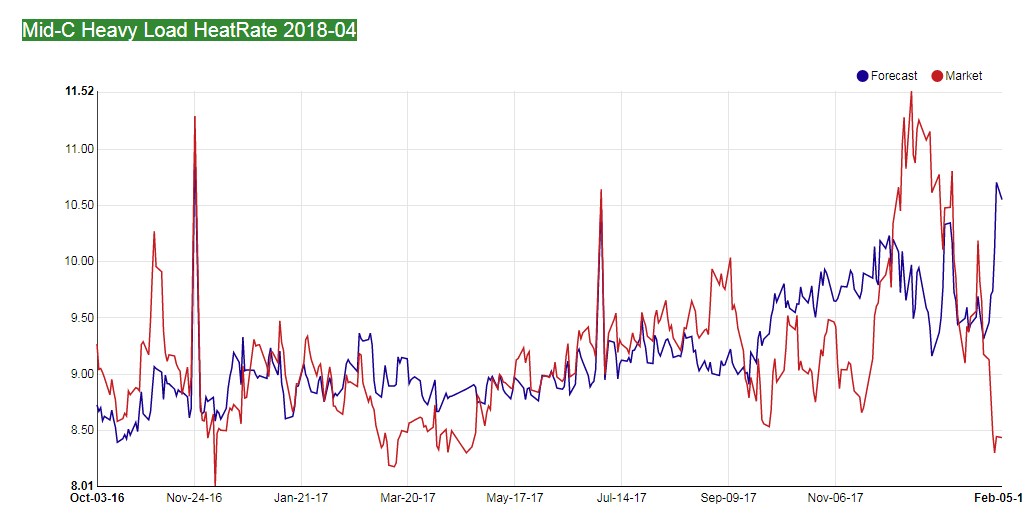 We hated April long time, now would take our profits at contract lows, though we also would not be surprised to see this crater further when the Corps releases its 1230’ish Coulee draft target later this week. 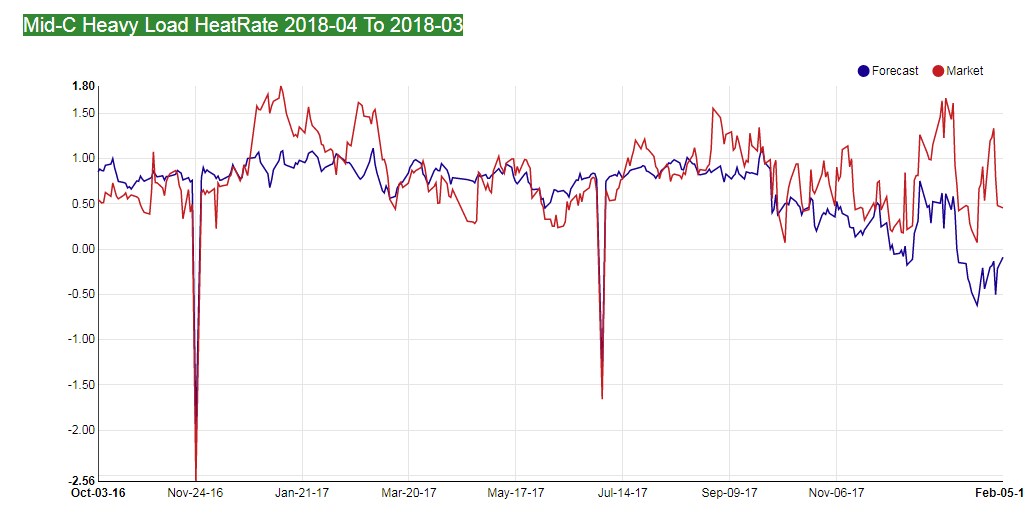 April to March has come off, but we think there is more room to go and would sell it again. 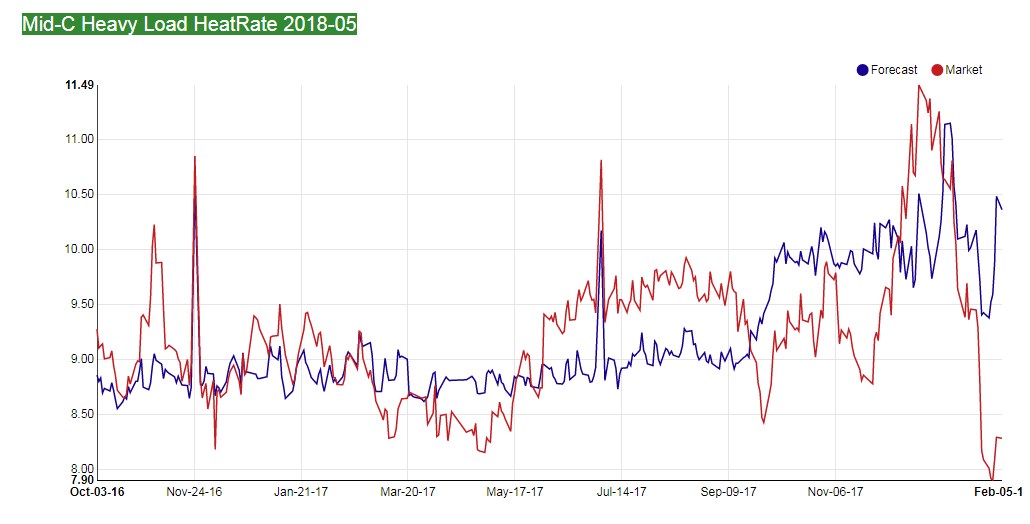 Silly price, the May is, and we’d buy because we don’t know much about timing; we know the volume, not when, and would fade extremes. This is an extremely extreme extreme and we confident we’d make coin on the long side. 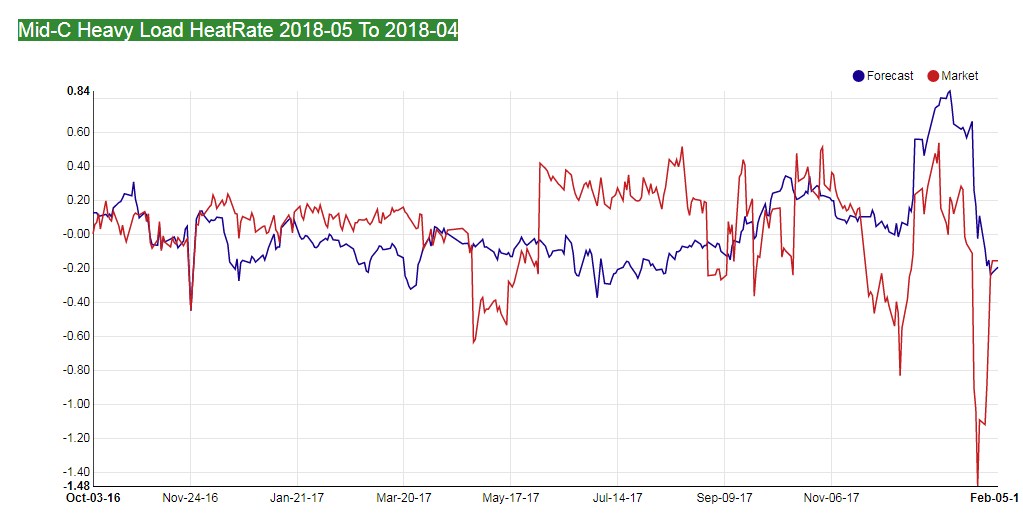 We wrote about this, too, from the long side and were right. Now its fair value and we’d pass, though those flood control numbers for April suggest there may be more juice in this grapefruit. 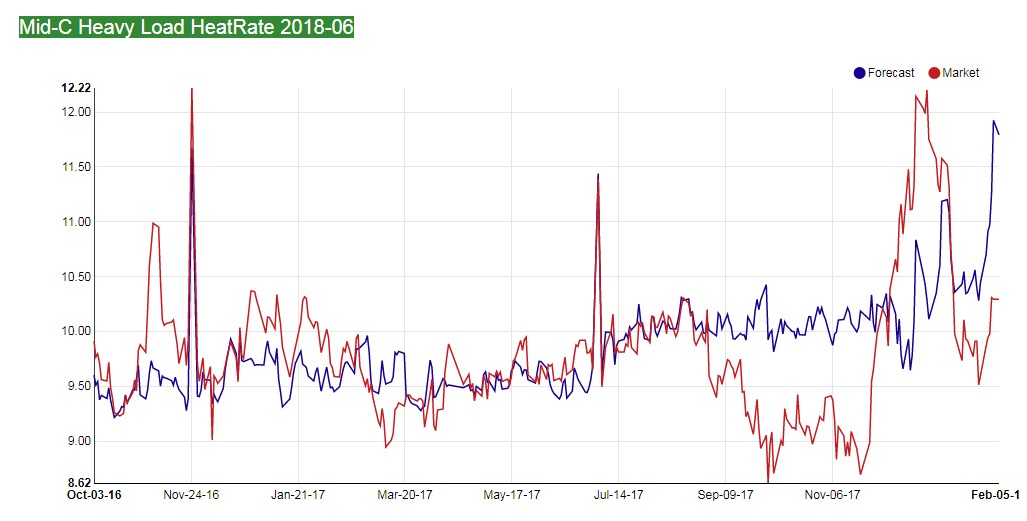 Not sure what’s driving that forecast to rally, suspect its the tanking gas, but at these levels its just fair value and we’ll pass. 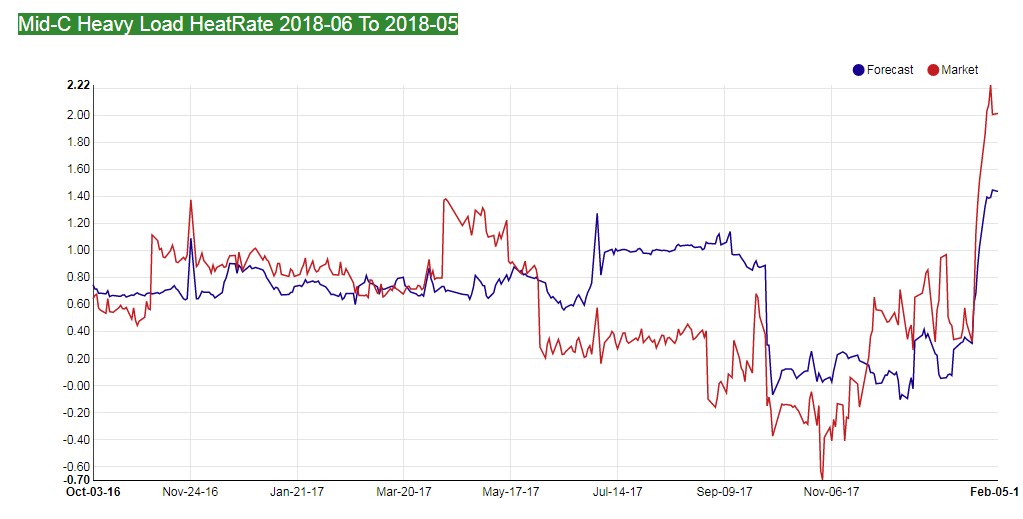 OK, another extreme, and we’d sell. June will have strong and steady inflows all month long; May will refill all month long. The wildcard is cold weather in May or very hot weather in June. Don’t know either, fade the anomalous markets. 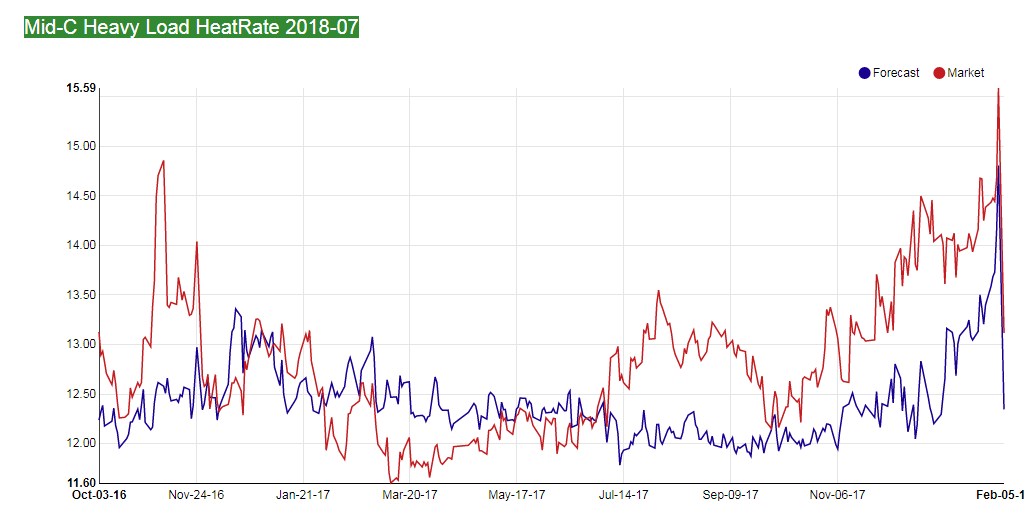 This roll was anomalous, it’s not now. Pass. 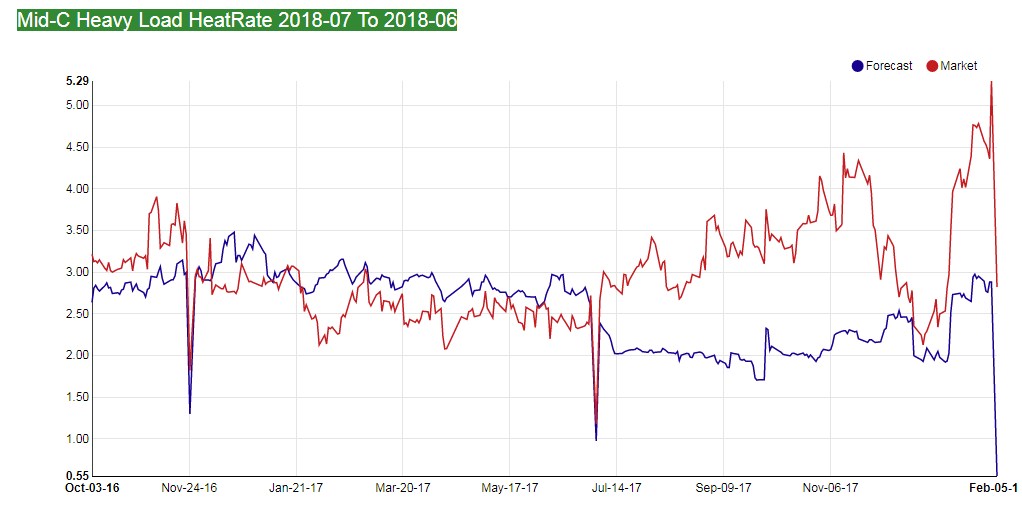 Same, was a nice short, now its a liquidate. 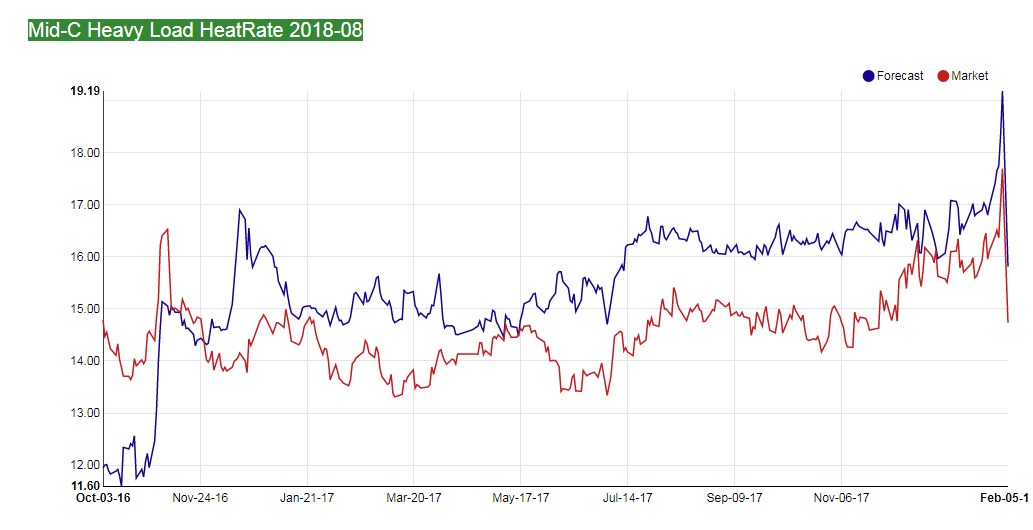 Aug is nothing, forget about it.