SoCal Citygate decreased $0.16 day-on-day and has fallen $0.44 since the 31st.  This puts the hub at less than half the price seen during the Needles outage from one month ago.  Citygate wasn’t alone in its declining price as no hubs increased compared to three days ago.  While Citygate had the largest nominal decrease, EP-SJ Blanco Pool dropped just over 16% in the same span of time.

Burbank might not hit 90 as was forecasted earlier this week, but temps are still expected to reach 85 by the 7th, 17 degrees above normal.  The smallest temperature anomaly through the 9th is still nine degrees (5th) with a high of 77.  Burbank will be warm for the foreseeable future.

The winter that has struggled to make its mark might become the winter that never was, at least in Salt Lake City.  Daily lows are soaring to 20+ degrees above normal over the next week and are expected to peak at 44 on the 4th.  Freezing temps aren’t expected to return until the 10th, and even that those will stay in the high 20’s.

The anomaly isn’t as extreme in Sacramento as it is in Salt Lake, but we still see daily lows consistently above normal through the next week.  Most days will hover around five above average, but lows are projected to jump into the 50’s on the 10th, more than 10 degrees above normal.

The Northwest gets its share of warmer than normal weather as well.  Seattle’s daily lows show a forecast reaching into the 50’s by tomorrow, 14 degrees above normal.  Things may deviate back toward the mean by the end of next week, but until then look for lows well above average, taking a bite out of demand and snowpack in the Cascades.

Demand is projected to crash over the next two days, essentially continuing the trend that began on the 27th.  On the intertie level, Puget Demand fell 95,000 MCF day-on-day, and NWP: Sumas had a similar movement falling 105,000 MCF in the same span of time.

While demand has been falling, storage at Jackson Prairie continues to run negative as withdrawals hit 218,347 MCF yesterday, dropping from 342,749 MCF the day before.

Palo Verde demand is projected to rise 70 MMCF over the weekend, a continuation of increasing demand after hitting a low on the 25th of January.  Flying Hawk:WIC_CIG Intertie again shows 0 MCF, completely dropping out after reporting 529,388 one week ago. 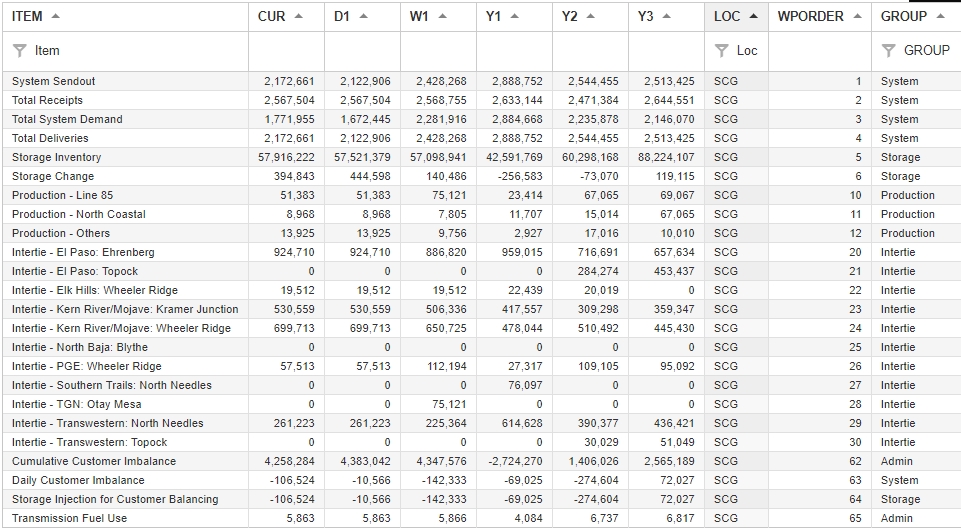 Needles is still on our minds, though it again appears to have stabilized over the past week.  At 261,223 MCF, the intertie hit its highest point since January 16th, a day before again dropping to 0.

Storage is expected to continue to soar, marking heavy additions through the 4th. 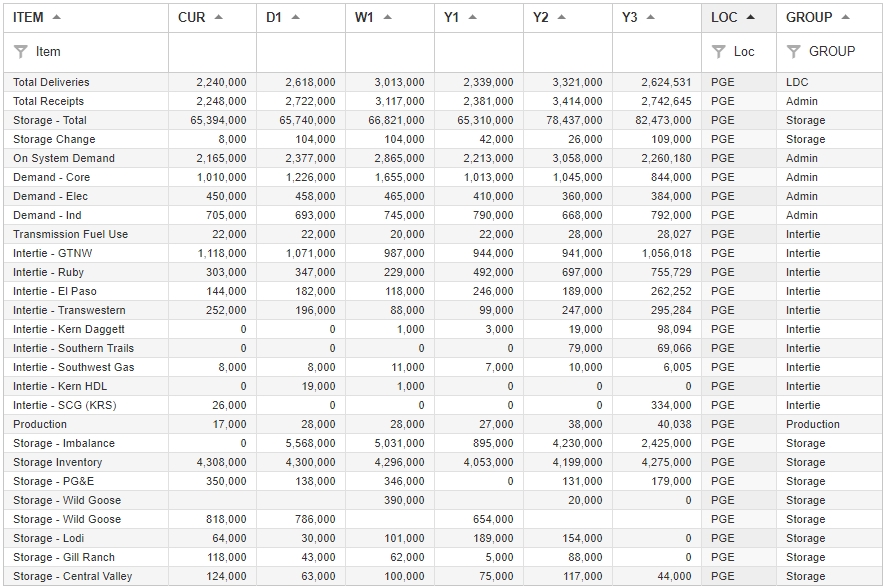 Core demand has been consistently declining since the 29th and is now sitting at its lowest point since January 4th.

Storage stayed positive for the third-consecutive day, though only saw additions of 8,000 MCF.