Today we’ll examine the Qs and incorporate our previous post’s thoughts on fundamentals. Ansergy deploys its “APT” system for ranking all WECC products against each other, in today’s post we queried out the Qs. 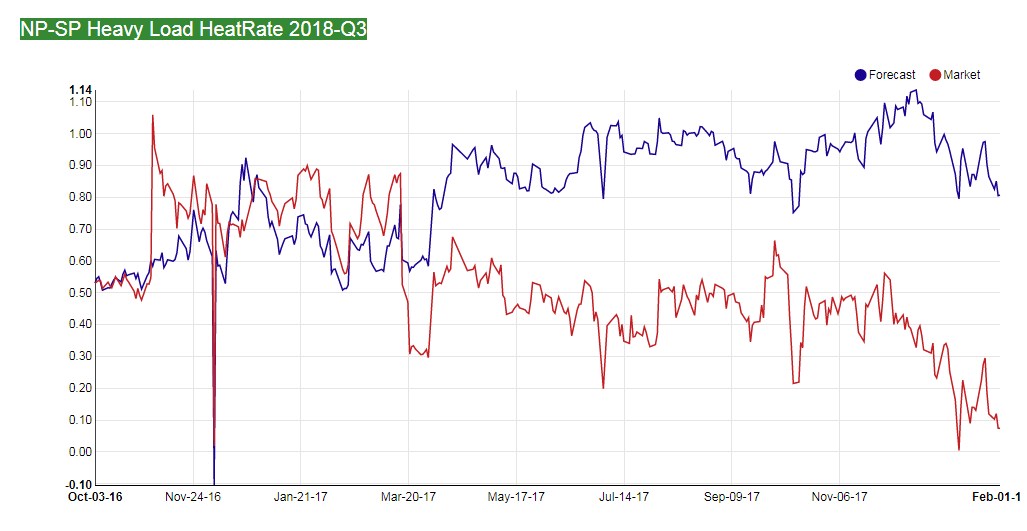 The spread between NP and SP in Q3 remains at a contract low, and we don’t agree. This will be one of the lowest snow years in recent memory, and most of the haircuts will be in the North, not the South. If anything, this spread should be widening with each passing dry day. 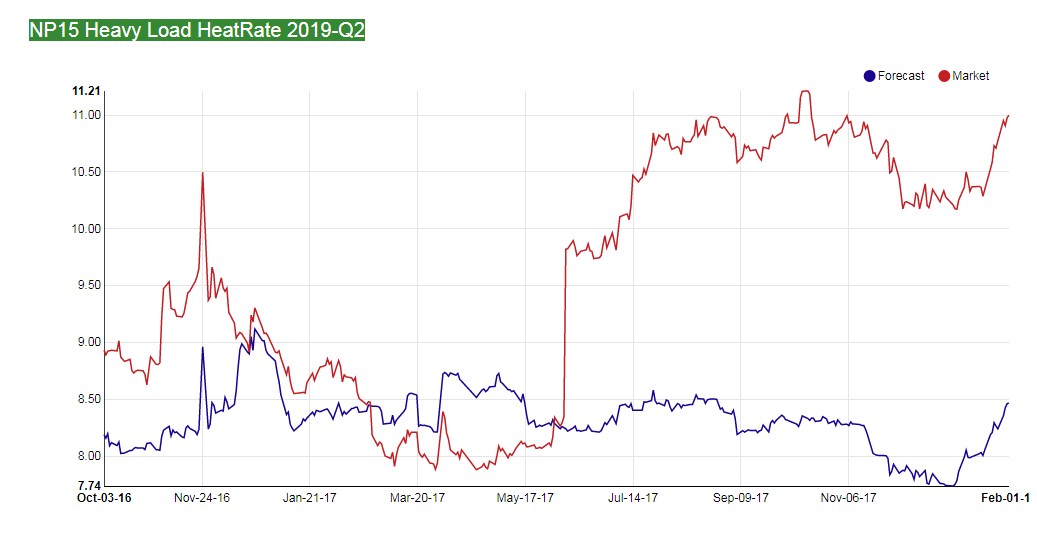 This is next year’s Q2 and has staged a strong rally over the last week, but then so has the forecast, suggesting most of this is gas-driven. Still, the power price must mean revert at some point suggesting this a short candidate. That said, going into an extremely dry year at NP, we’d be reluctant to short anything. 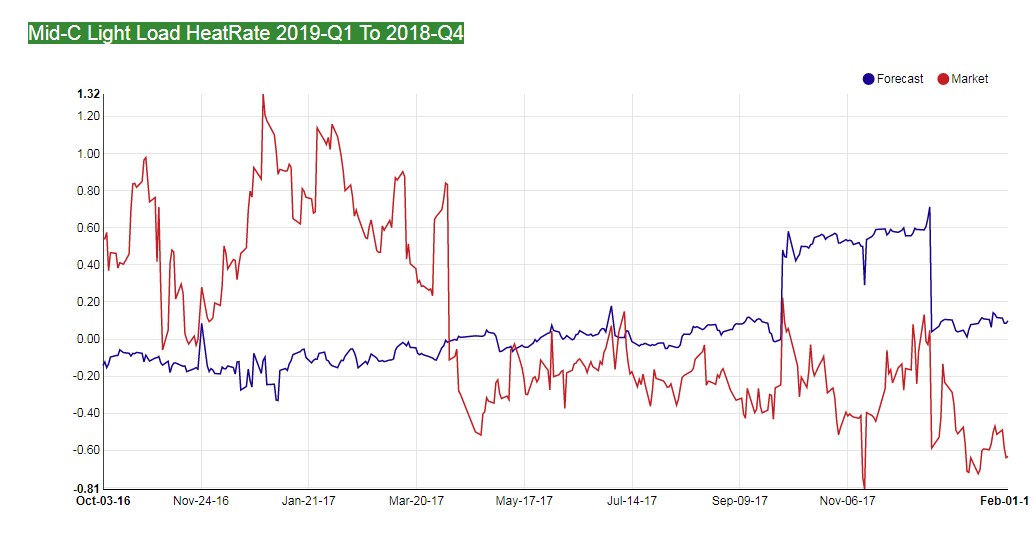 Another contract low, or near the low, is the MidC LL roll from Q1 to Q4. Unlike CA, the MidC is facing a monster of a water year, and much of that is driven by very high elevation snow above Coulee; all of which means an extended runoff that will carry deep into July, and most likely spill into August. Reservoirs will be full going to into Q4, so we’re not sure what is happening here and would be a buyer. 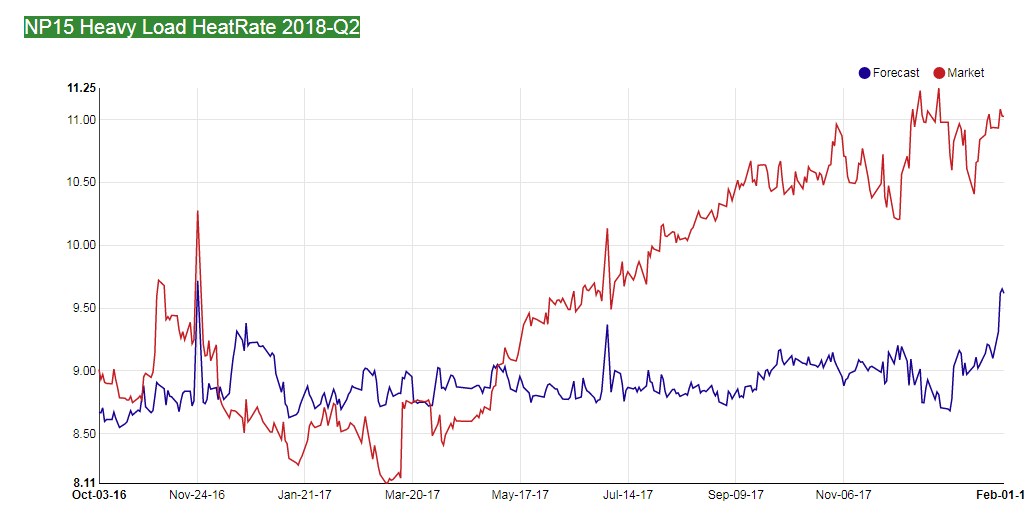 The NP Q2 HL hit a high, cratered, and now is staging a rally, but then so is the forecast off of ever drying weather. If anything, we’d be buying. 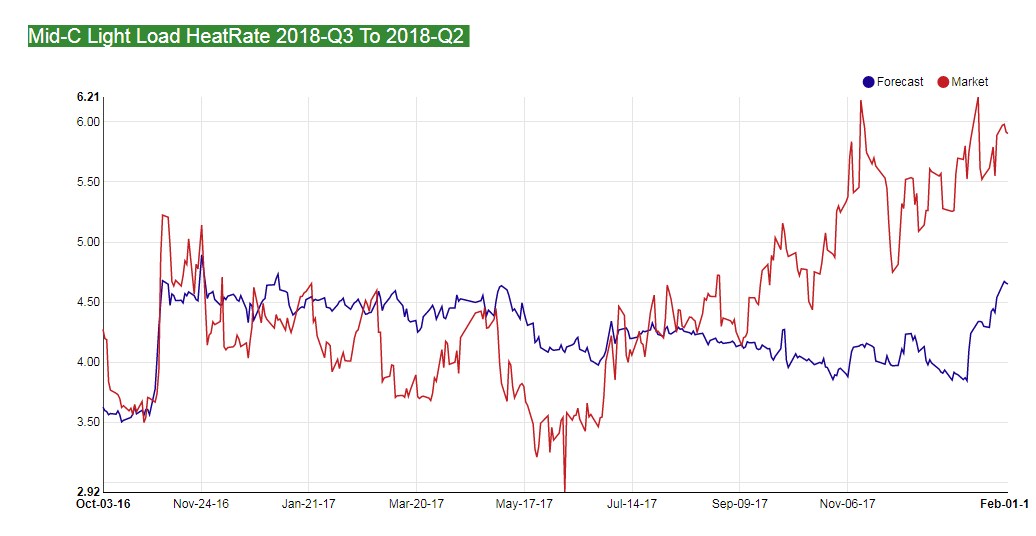 This is interesting, the Q3|Q2 LL at MidC. The roll has been ever upwards since last Spring, but perhaps it is too high? May and June will be refill months and July, and probably August will stay have snow melt. Maybe not today, but at some point, we’d short this.

Same trade as the LL, same sentiment. This one is even cheaper, relative to the LL. 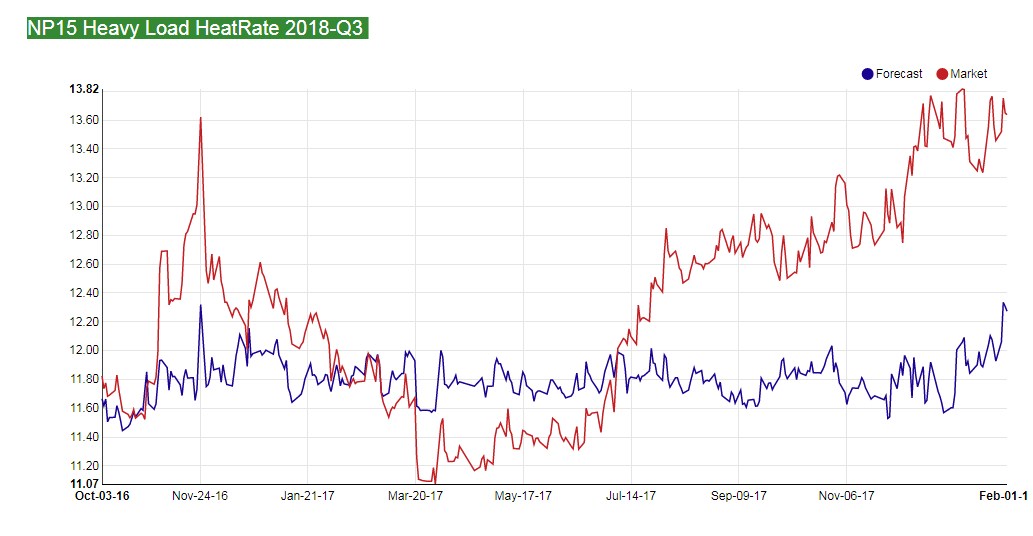 Hate contract highs, but the NP Q3 is supported by fundamentals. We’d probably invest VAR elsewhere, but any dips are buying ops.

OK, this isn’t for the faint of heart but needs to be discussed. Now the roll is priced in no-man’s land and probably is too high for the following reasons. First, record dry which means little spring runoff inside CA. Second, check out the 92s in LA next week? Spring is the new summer, temperature-wise. Finally, Q2 will enjoy all the planned outages, Q3 none. At some price, enough is enough, and we are there today. 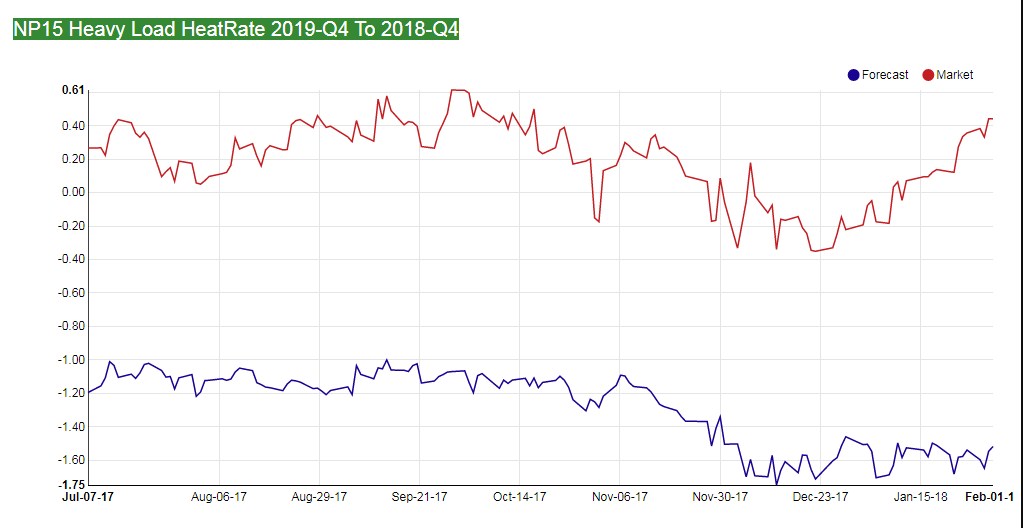 This is a year on year roll that has rallied for three months. We question its value today given what is shaping up to be very bullish 2018 fundamentals. Selling this would be like investing in wheat land in Greenland, you need to be patient.

The next batch of trades are the most significant drops in ranks, and always entertaining. 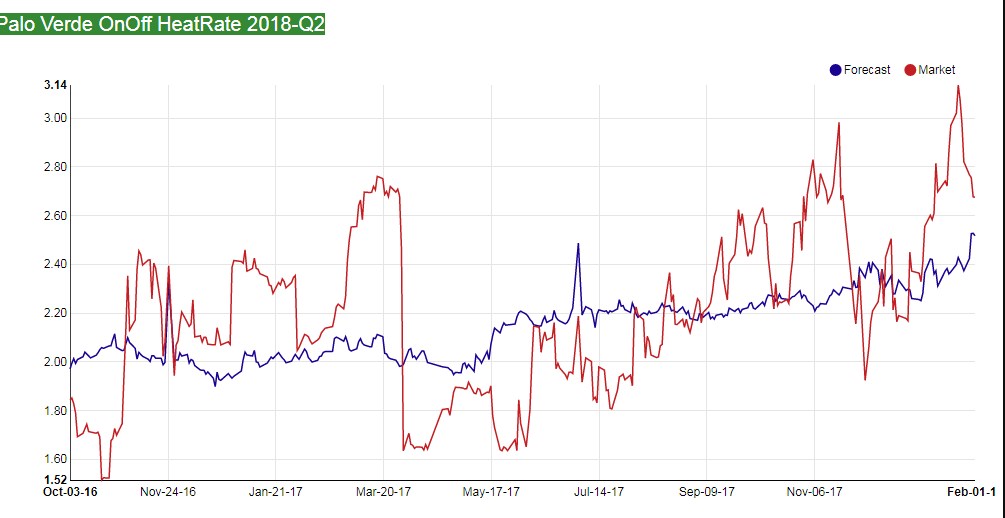 After hitting contract highs, the Palo On|Off has cratered but still isn’t a buy. 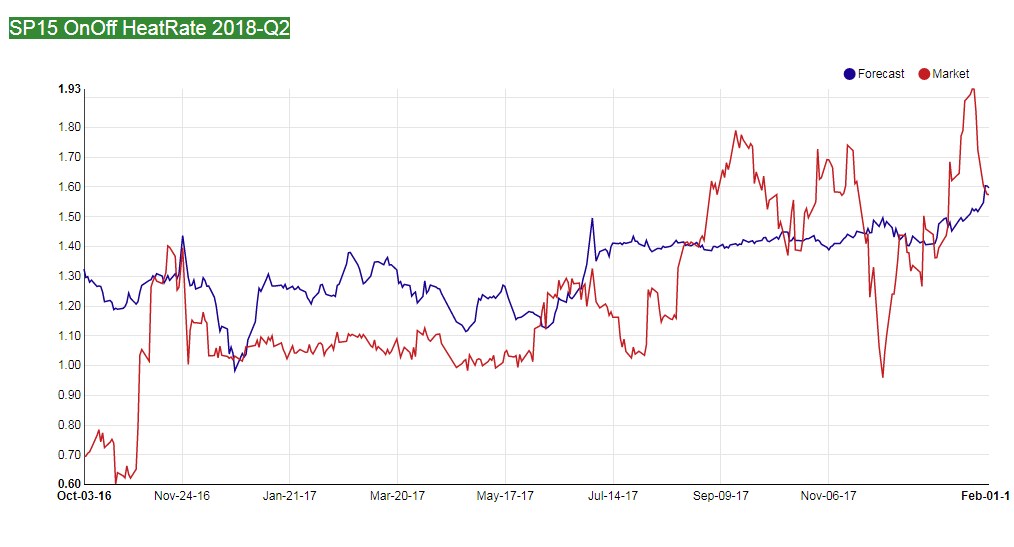 Same story with the SP, but perhaps this is a buy now as you get to own the daily on peak call. 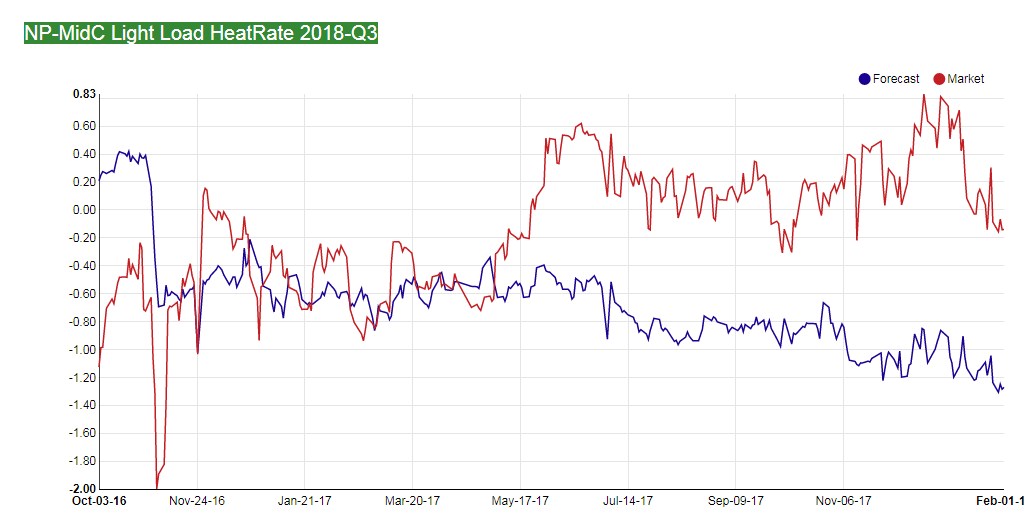 Another buy, we’d own this all day long given the Northwest’s water outlook. 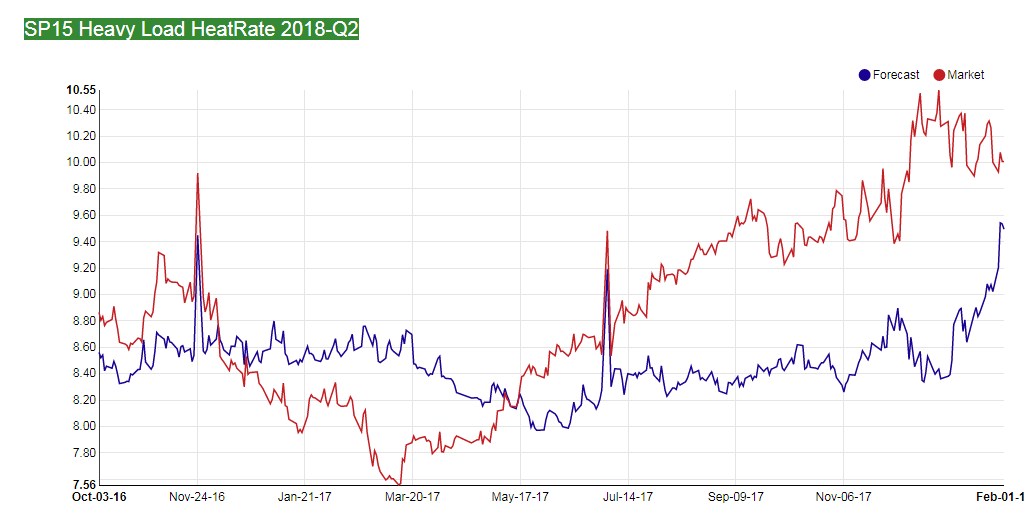 We’d buy this, too; check out the rally in the forecast, driven off of tight water. 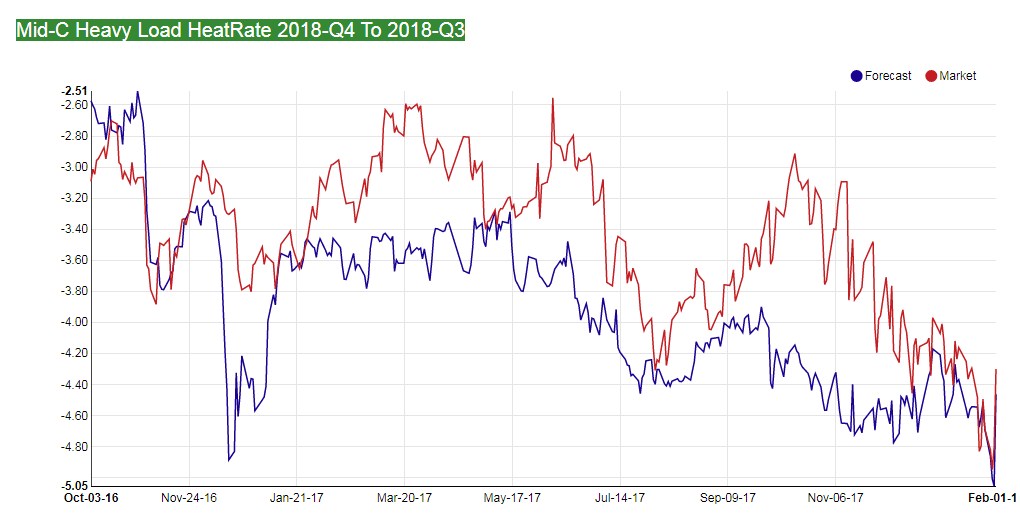 Sharp bounce off a contract low in the Mid-C Q4|3 roll, as well it should have given this water year.