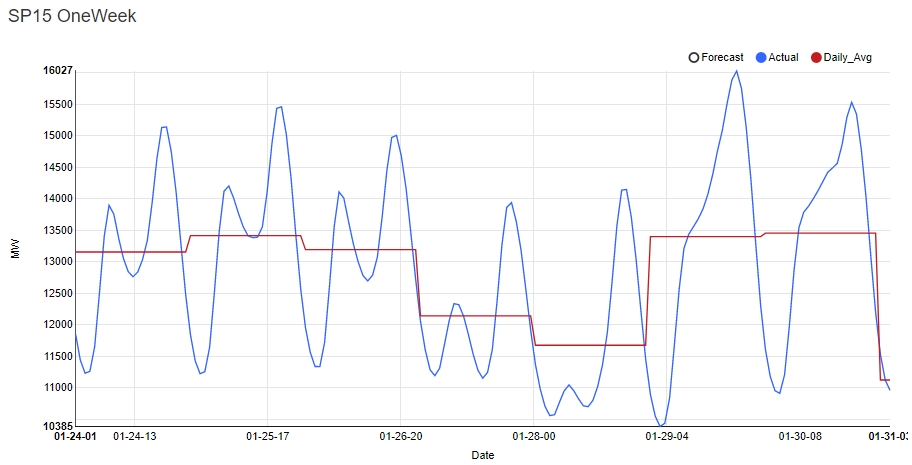 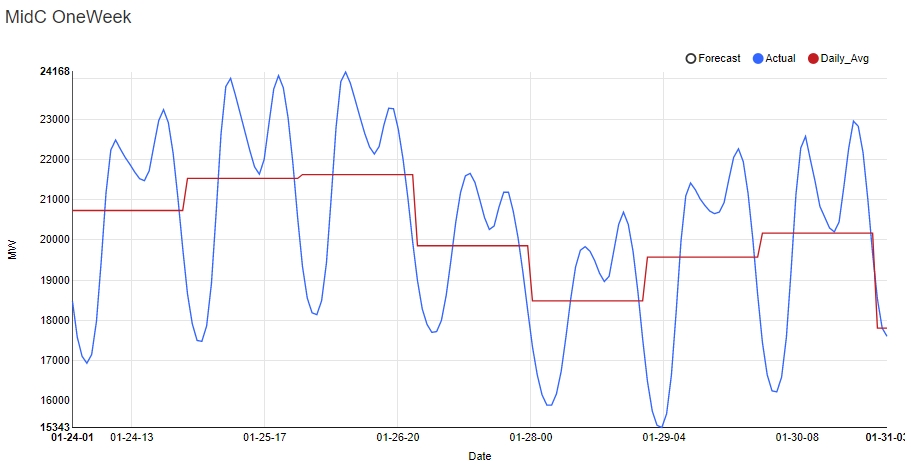 Mid-C peak load reached 22,949 MW yesterday, a day-on-day increase of nearly 700 MW.  Couple that with increased light load demand and it was enough to lift the daily average to 20,167 MW, an increase of 620 from Monday. 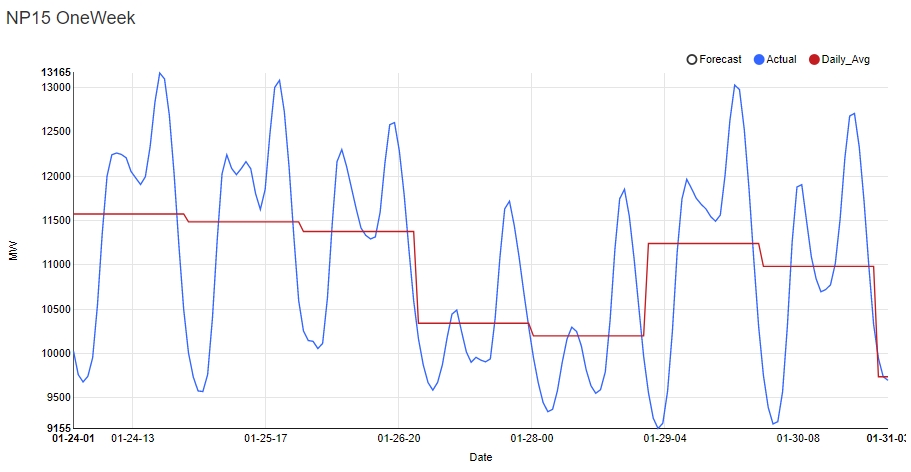 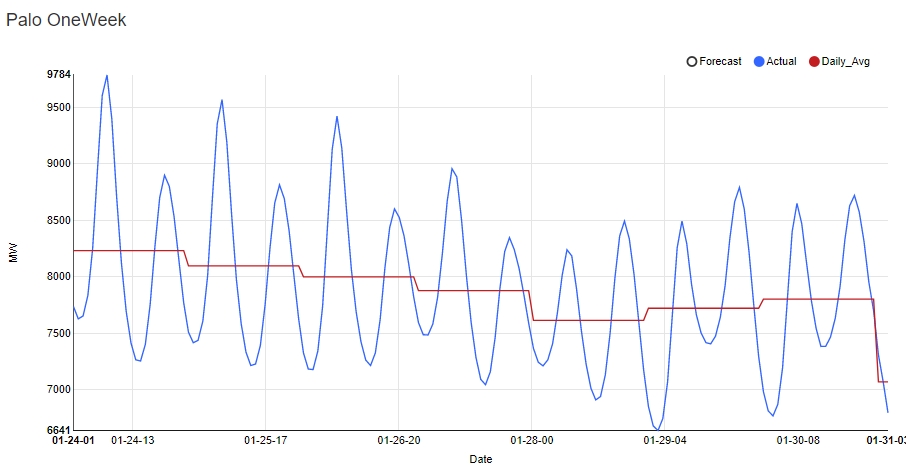 Day-on-day average daily loads managed to increase 80 MW yesterday, still just a small deviation from the trend of declining demand over the past week as the 28th marked the 6th consecutive day of shrinking loads.  Week-on-week demand finished the day down 430 MW.

The warm Western winter continues as every observed station reports above normal average daily temperatures over the next ten days.  This includes major anomalies such as Burbank’s 11+ degrees, and Interior Rockies at 10+.

San Jose will climb as high as 79 by the 5th, 19 degrees above normal and four degrees warmer than the previous 10-year high for that day.  This forecast is a significant increase over yesterday’s, especially from tomorrow through the 7th.

Taking a peak at Sacramento’s daily lows, and while they aren’t as extreme as the highs we see in Burbank or San Jose, the anomaly is consistently there over the next week.  Lows will peak at 49 on the 7th, nine above normal, though that equates to a seven degree drop from yesterday’s forecast.  Lows are projected to fall below normal just once over the next three weeks.

Cool temps are almost non-existent in Salt Lake as daily lows soar to 44 by the 3rd, 22 degrees above normal.  This warm up was extended a couple days in the most recent forecast as the 7th now comes in 12 degrees warmer than projected yesterday.

No 90-degree days on the board for Phoenix, but the 7th comes very close at 89, 19 degrees above normal.  Until then, highs should stay comfortably in the 80s with the next three days marking new 10-year highs. 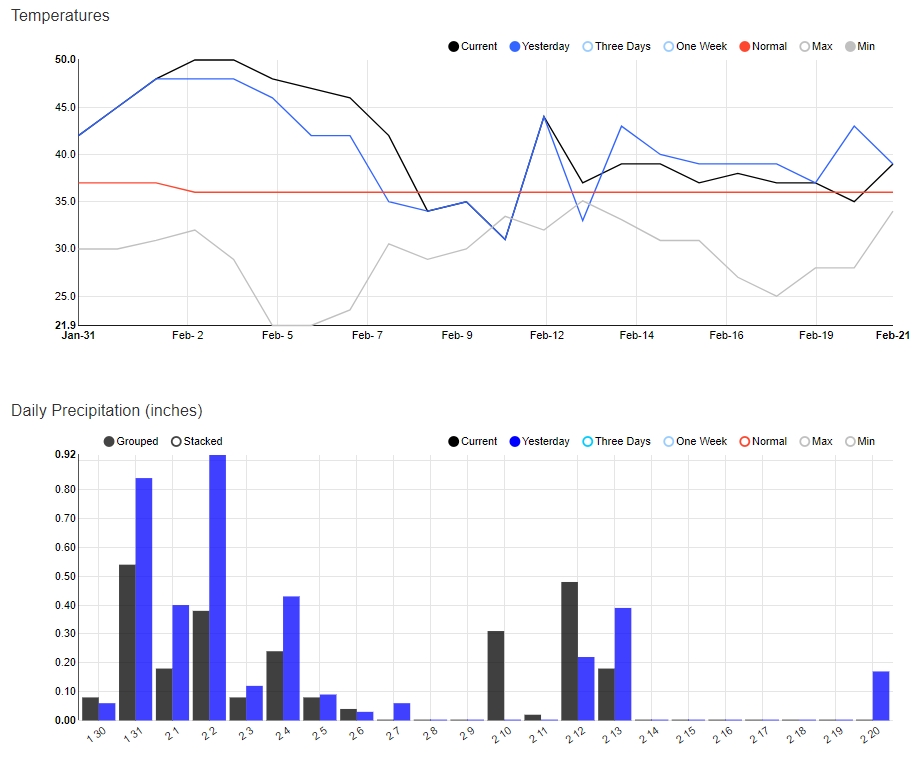 Seattle is getting in on the warm action as well as daily lows jump into the 50’s over the weekend, pushing the anomaly to 14 degrees above normal.  While precipitation remains in the forecast, the daily totals were essentially halved overnight. 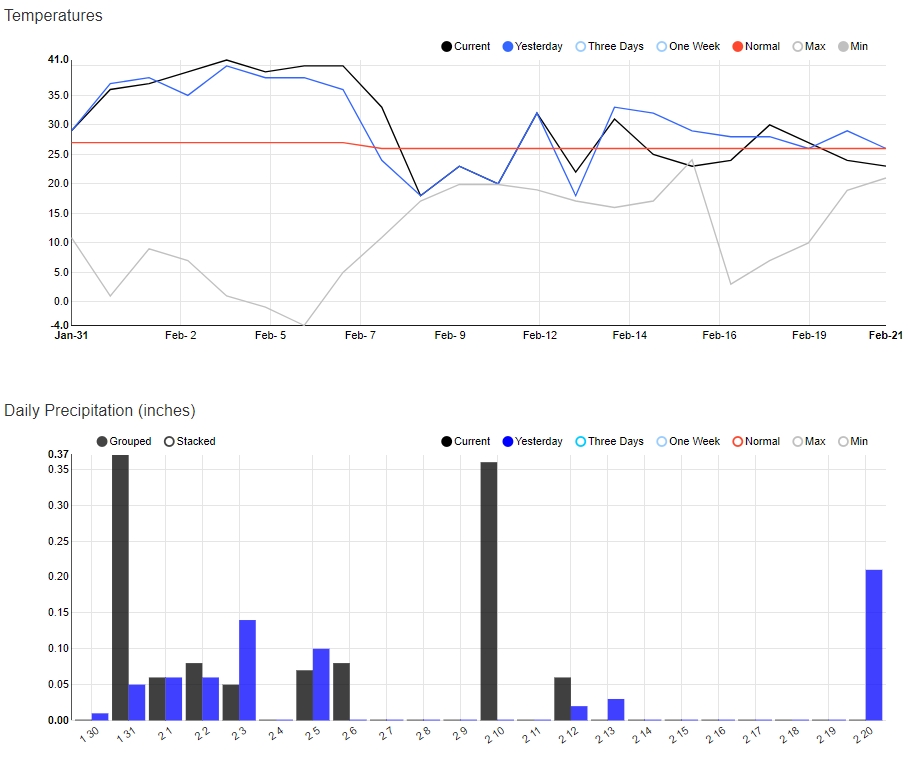 Tonight marks the last below freezing night over the next 10 days as Spokane sees its lows climb to 14 degrees above normal and hold that position for several consecutive days.  Watch for decent precipitation tomorrow, but with high climbing as well, much of it may fall as rain in the mid-elevations.

Heavy increases for the 10-Day RFC forecast beginning with the start of next week, while the STP looks like it lags behind by a day.  Look for an increase of 2,900 from today to the 6th.

Grand Coulee sits at 85% capacity today, down roughly 5 percentage points from the same day last year (90%), and down 2 points from 2016.  It marks a significant increase from 2015 however, as Grand Coulee sat at 79% on the equivalent date.

Mid-C and Montana are holding the banner as the only hubs to outpace last year in terms of snow water equivalent.  Mid-C has climbed 0.8″ above 2017, while Montana has jumped nearly 7″ above last year.  On the flipside, NP has fallen 13″ behind last year, and 5″ behind average, while Nevada has dropped 14″ from last year, and 5″ from average.

Pend Oreille has climbed to the highest total since 2007 (for this date), with more than 4″ above average and couple tenth of an inch from the next closest year (2011).

NP’s lack of snow is illustrated well in this chart, as the hub sits above just two years since 2007 (’14 and ’15).  With warm with persisting through the next week, these totals may take further hits. 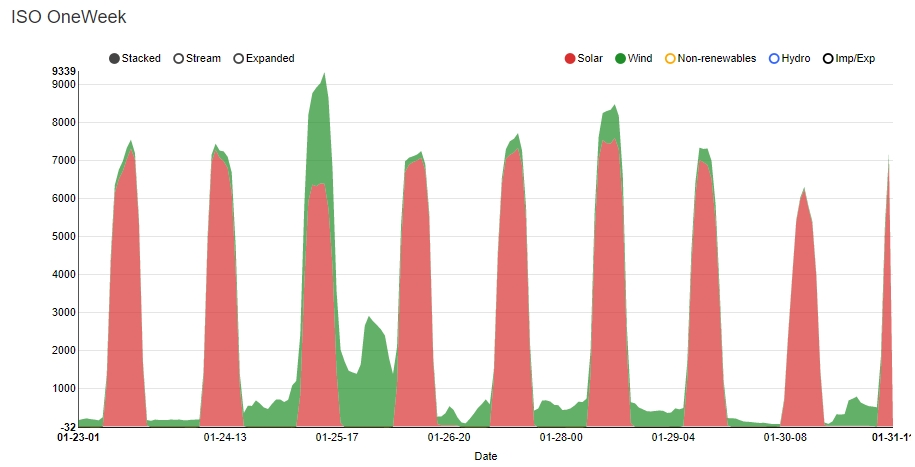 Solar gen fell to 6,252 MW yesterday the lowest peak of the last week, and a day-on-day decline of more than 700 MW.  With wind showing up nearly non-existent yesterday as well, renewable generation fell nearly 900 MW total compared to Monday.  Early results from today suggest a significant increase in solar however, as generation already climbed above 7,000 as of the 10 AM hour.