We’ve made a few subtle changes to our STP reports.  The least subtle change is likely the addition of all years dating back to 2000 in the Year on Year report.  If you want to share any feedback, please don’t hesitate to do so.

Only two real movers this week, February got a 1,284 aMW jolt, the second-consecutive massive increase, and May which replaced last week’s losses twofold as the forecast jumped 1,614 aMW.  All other months equated to slightly less than nose, especially January and March which moved 5 and 6 aMW respectively.

February’s gains begin in earnest on the 5th, and peak on the 7th as the week-on-week difference grew to 2,600 aMW.  The rest of February has slightly more subdued increases, but those are sustained through March 5th.  March showed variance through the month, down early and up in the latter weeks, but add it together and the aggregate was left relatively unchanged.  Same story for April but with even less daily change.  May’s increases came on the back end as new days trickled in.  The days that were represented on both forecasts fell mostly behind this week. 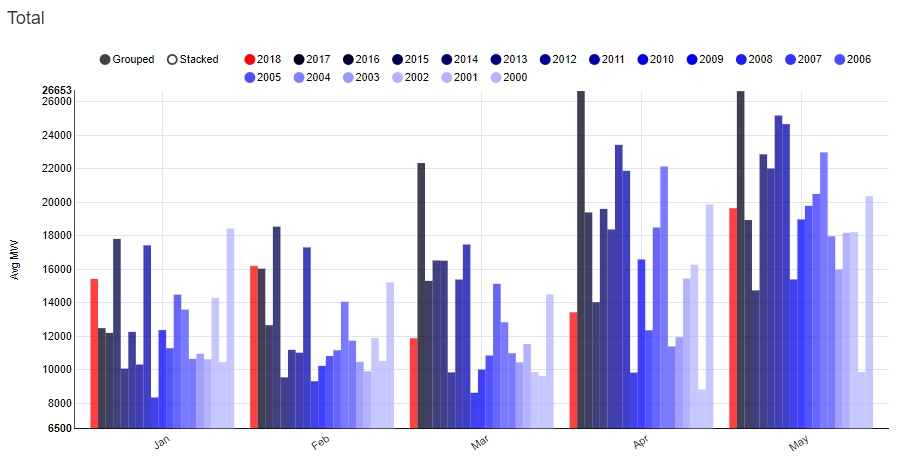 May looks to be fairly average if the forecasts hold true, while April has fallen behind most of the previous 17 years.  January and February continue to pace in the top-5 years since 2000.