Jackson Prairie storage also continues to taper off with five straight days of withdrawals, and the latest marking the steepest withdrawal since the 5th of January.

Burbank’s daily minimum temps are trending even higher as the 18th now projects a low of 59, 17 degrees above normal, and two degrees warmer than forecasted yesterday.  The 18th marks the pinnacle of lows for the month and begins a trend back toward the mean, yet no day in the next 21 is forecasted below normal.

Unlike Burbank, temps may eventually fall below normal in Salt Lake City, but it may be at least a week until that happens.  The 29th also marks lows at 17 degrees above normal (39), and should continue to see temps mostly in the 30’s through the end of the month.

In a reversal of trends, Sacramento starts off colder than normal today before eventually climbing well above average as we move into February.  The 5th currently marks the high point at 49, nine degrees above normal.

Seattle’s forecast took a small dip compared to yesterday as each of the next five days come in a couple degrees cooler.  Lows will still reach ten degrees above normal by the 28th however, and may not dip below average again until the 3rd.

Palo Verde demand fell 45 MMCF day-on-day, though it remains above last week by as much as 40 MMCF.  The intertie WIC_OPC jumped 52,421 the largest intertie increase. 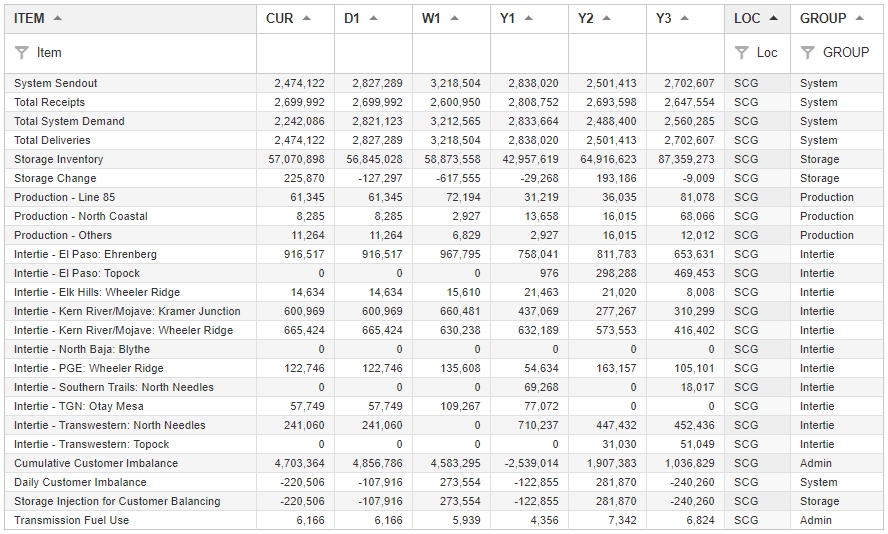 Needles bounced back in part yesterday, and fully returned to levels seen before last week’s fallout, currently reporting at 241,060 MCF. 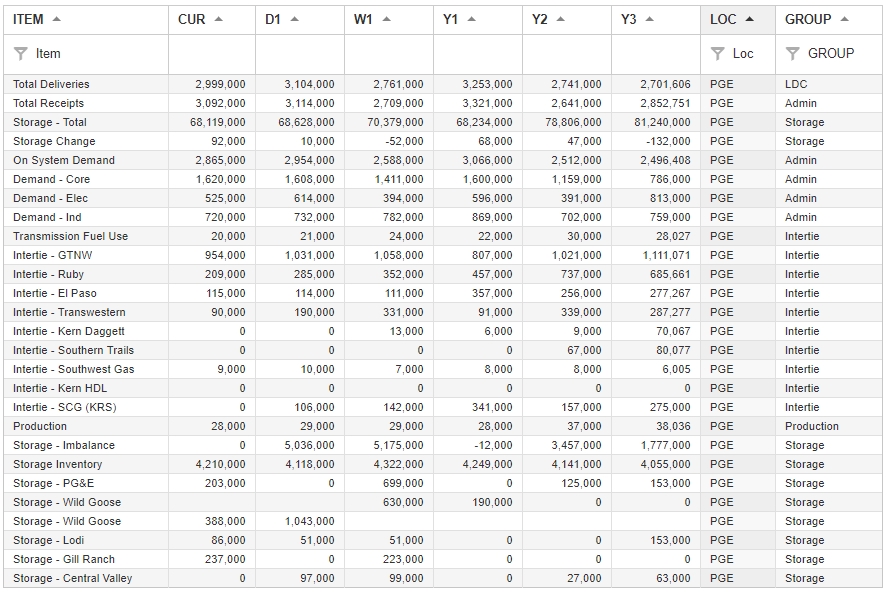 Core demand has made a steady climb north since a low point on the 16th, increasing a total of 433,000 MCF, and reaching the highest level of demand since Mid-December.