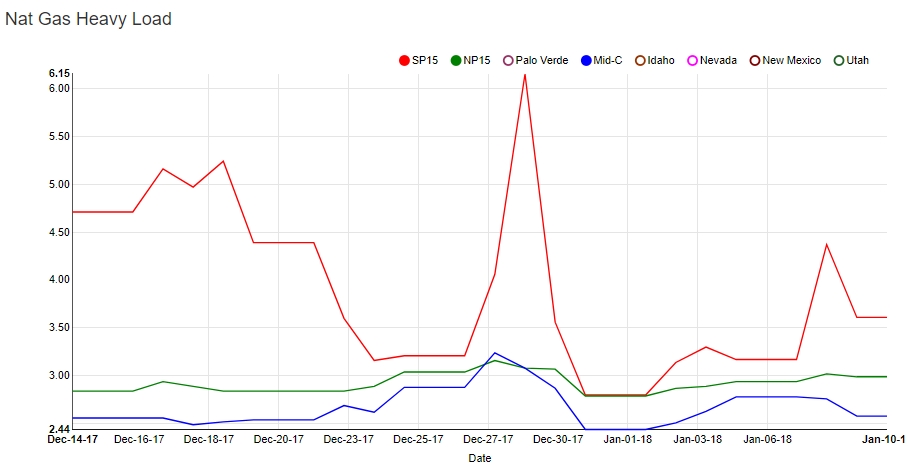 SoCal Citygate increased $0.47 from one week ago, easily the largest increase among the reported hubs.  In fact, most other hubs have fallen in the same span of time, particularly Stanfield which dropped $0.20.  Despite the heavy week-on-week increase, the hub fell sharply day-on-day with a drop of $0.76.

After December’s jaunt into $7.00+ prices, Socal-Citygate has had several drops followed by rallies.  This week looks to be more of the same.

Watch for a 12 degree drop from today to Saturday as temps finally fall below normal in Burbank, albeit just one degree.  The relative cooldown will be short-lived, however, as the following week forecasts minimum temps above normal every day.

It’s colder in Salt Lake City, but the minimum daily temp chart is following a similar pattern when compared to Burbank.  Lows will fall from 45 today (23 above normal) to 22 by the 21st.  Just one day through the end of the month is forecasting below normal.

Northern California is trending cooler compared to yesterday’s forecast as each of the next seven days projects lower.  Temps will hit their trough beginning tomorrow with a low of 36, three degrees below normal, and hold that position for one additional day.  The rest of the month projects above normal.

A steady fall in daily minimum temps are in store for Seattle as tomorrow’s low of 44 could eventually lead to a low of 30 by the 27th, seven below normal.  The 27th marks the first of four consecutive days below average.

Demand is projected to rise over the next two days after spending a subdued week in the mid-1,300s (MMCF).  Yesterday demand at 1,337 MMCF marked a drop of 259 MMCF since the 12th.

Jackson Prairie storage dropped on consecutive days, finishing yesterday with a withdrawal total of 55,702 MCF after the 16th marked 106,702 MCF in additional storage.

Palo Verde demand rallied to its highest level since Dec 25th, finishing at 1,501 MCF.  This equates to a week-on-week increase of nearly 90 MCF, and an increase of 70 from the annual average. 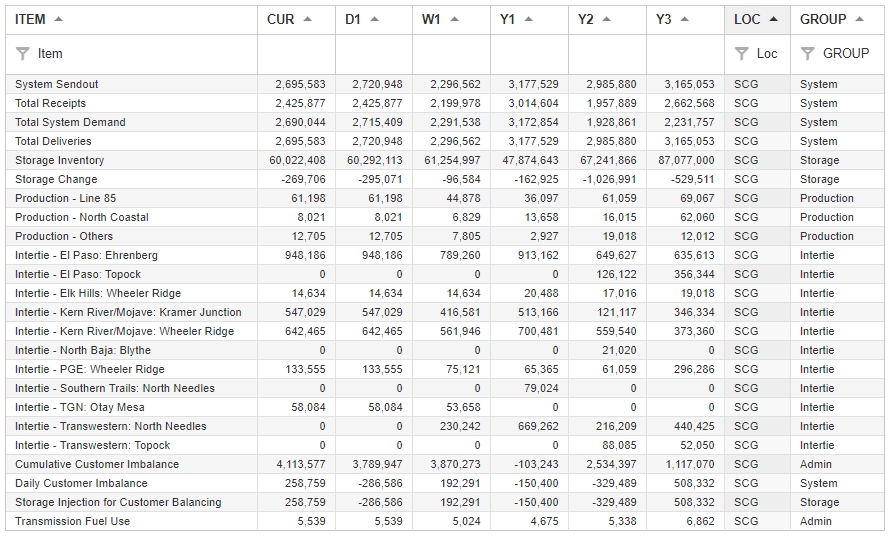 The needles saga continues as the intertie again dropped to 0 today after spending the previous two weeks above 200,000 MCF.  Also explains the change in storage noted above.

Meanwhile storage is expected to continue to plummet, marking heavy withdrawals through the 20th. 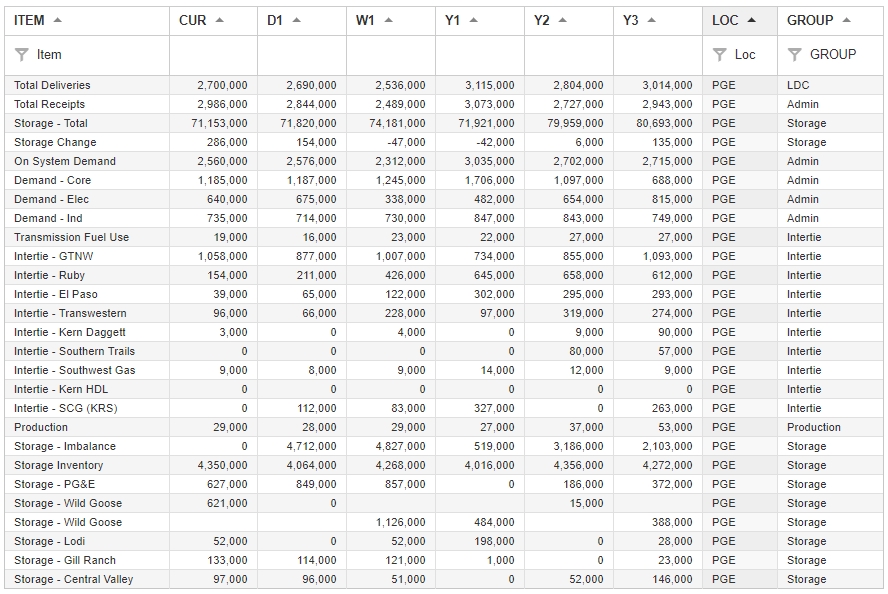 On System demand fell 16,000 MCF day-on-day mostly due to a drop in Demand – Elec.  Intertie – GTNW increased 180,000 day-on-day, bringing it to its highest levels since November.

Meanwhile core demand marks an 11-day low of 1,185,000 MCF, and remains well below of the highs we saw in late December.

Storage skyrocketed to 286,000 MCF yesterday, the highest level since November 17th, and the 3rd-highest level in the past 12 months.