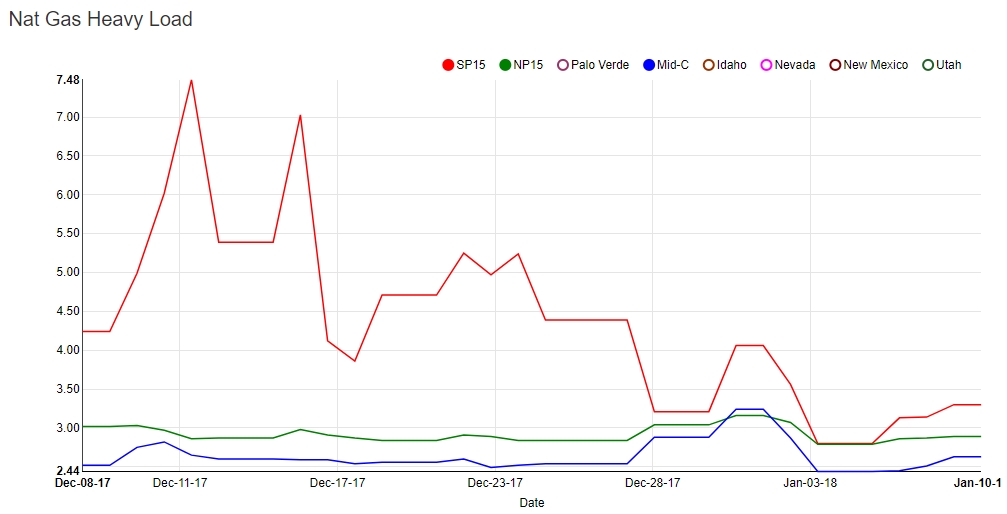 Burbank minimums show no signs of dropping below normal over the next week, (that’s potentially reserved for the end of the month) as lows will stay in the 50’s through the 17th.  Tomorrow is the high water mark for daily lows at 54, 12 degrees above normal.

Salt Lake continues to struggle in finding its winter chill as lows consistently forecast 6+ degrees above normal, and as much as 14 degrees above normal on the 18th.  The end of the month shows potential for a journey south of average, though nothing in the single digits.

Minimum temps remain above average for all but one day in the next eight, though the 16th and 17th show a five degree drop from yesterday’s forecast.  From there, daily lows are forecasted to hover around normal for the remainder of January before another rise as February begins.

Even warmer on the front end in Seattle where today should see a low of 47, ten degrees above normal.  Temps will eventually fall back toward average, though that’s not expected until the 21st, and even then will just brush against the freezing point before again climbing above normal.

Demand looks to crash in Mid-C as the 14th calls for 1,405 MMCF, a 270 MMCF drop from the 10th, and the lowest levels since late November.  This also marks a year-on-year decline of nearly 300 MMCF.

Yesterday marked the second consecutive day of withdrawals as the day finished at 190,192 MCF.  Compare that to added storage of 128,788 MCF on the 9th, the peak of three consecutive days of storage.

Southwest demand rallied to its highest level since Dec 19th, finishing at 1,508 MCF.  This equates to a week-on-week increase of nearly 100 MCF. 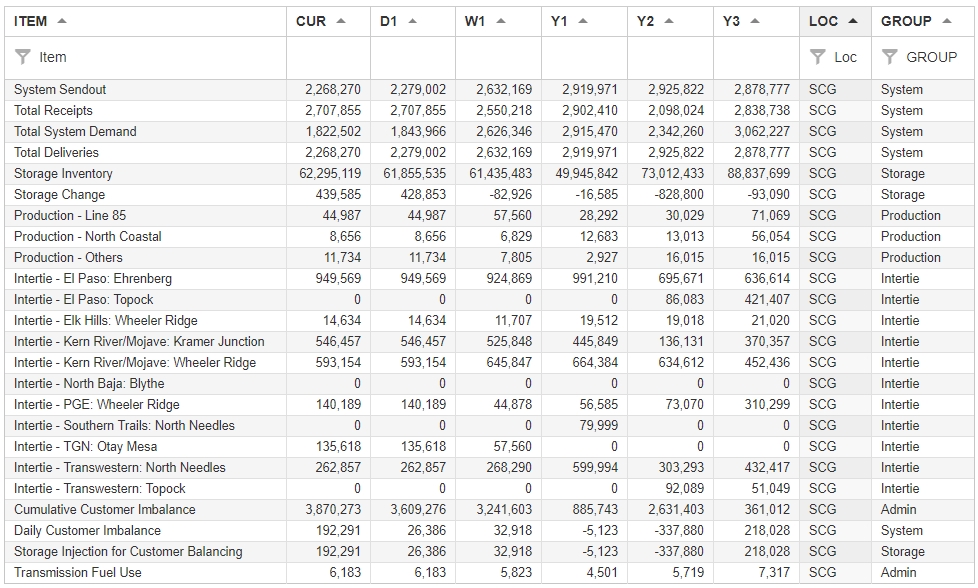 Total system demand fell 21,646 MCF day-on-day, while extending the massive chasm between last year as that difference grew to over 1.1M MCF.  As demand fell, storage grew, adding 439,585 yesterday on top of 428,853 the day before.

Needles looks content at 262,800 MCF for now, a far cry from its levels in early September as the chart shows.

Two more days are projected to net additional storage, with as much as 438,585 MCF for the 14th, marking the highest single day since September 30th. 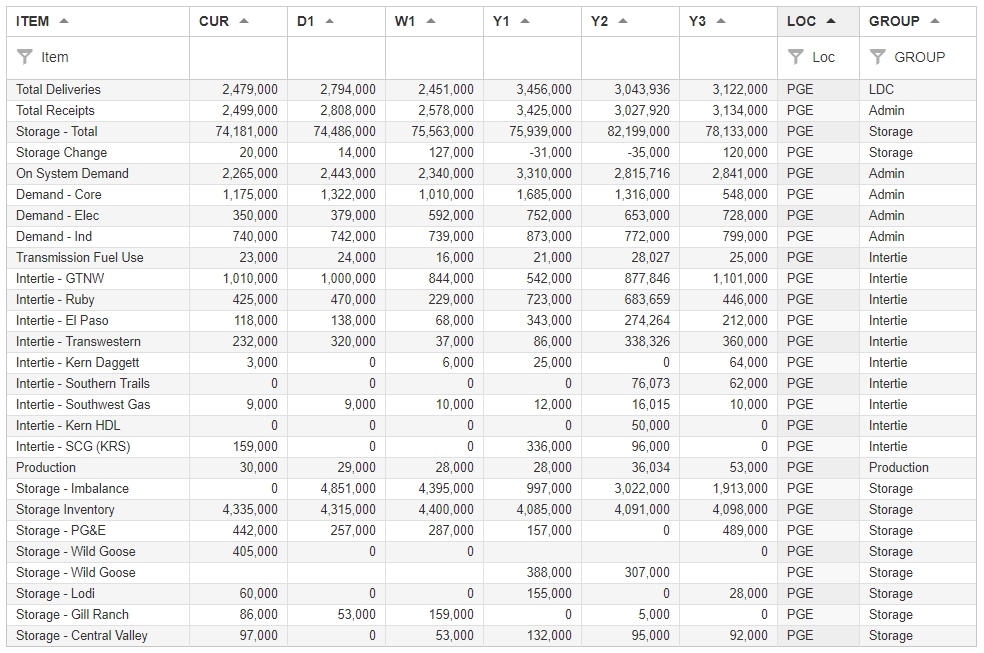 No withdrawals yesterday as 20,000 MCF was added to storage, the third consecutive positive contribution in a row.